As part of the 2015 crop of new Cuban cigars, Habanos S.A. planned a new Edición Regional release in the La Gloria Cubana marca for the Asia Pacific region. Dubbed the Revolution, the 5 1/8 x 55 robusto grande is packaged in boxes of 20 with only 2,500 boxes produced. While the Revolution was scheduled to be released in 2015, it did not actually ship until the middle of last year.

The Revolution is only the seventh Edition Regional release for the La Gloria Cubana brand since the series began in 2005, and one of two different releases slated for 2015: 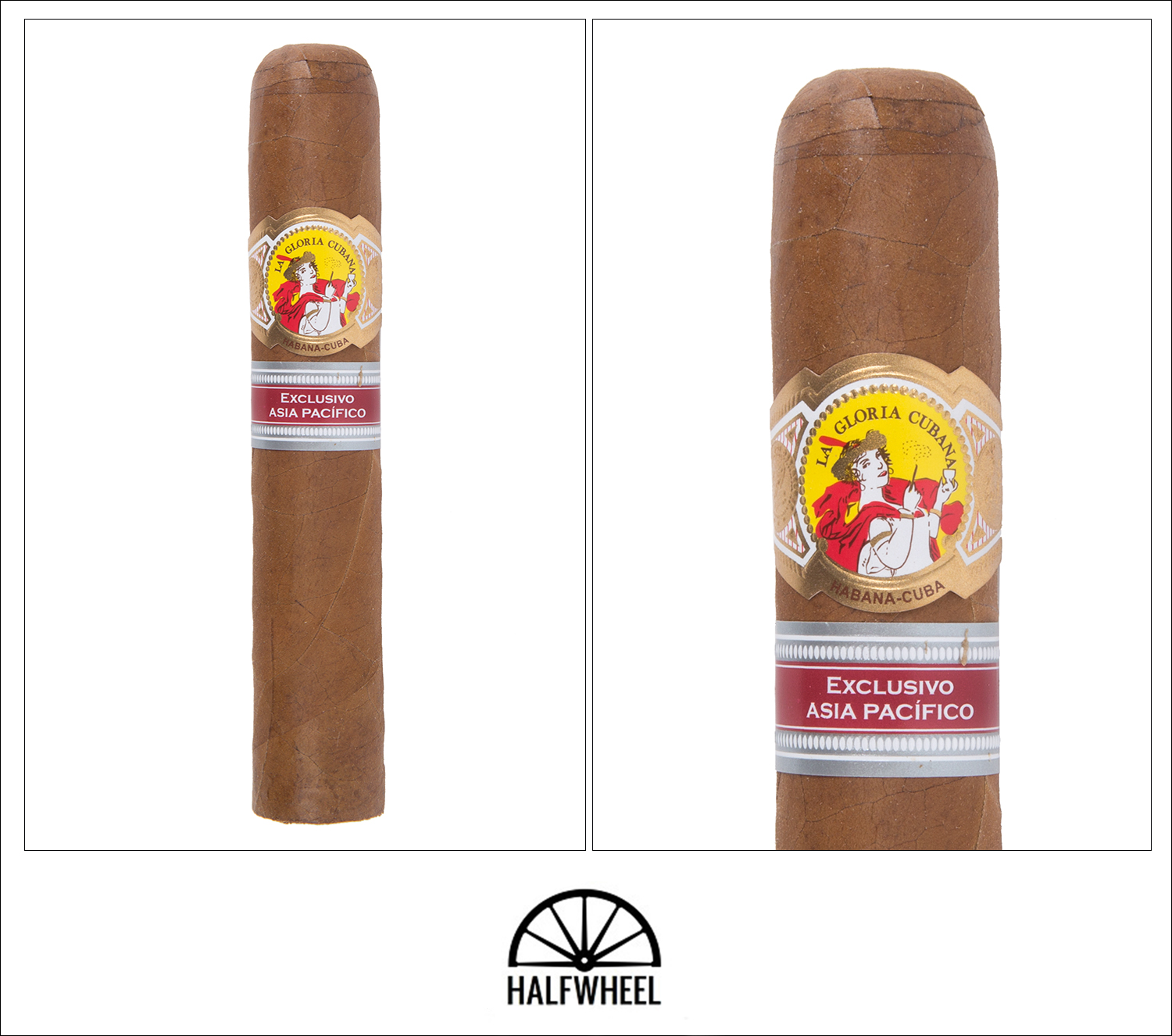 Visually, the La Gloria Cubana Revolution is covered in a light mocha brown wrapper that has a bit of tooth to it when you run your finger down it as well as a number of obvious veins. There is virtually no oil at all that I can see and it is quite spongy when squeezed, with enough give that I think there might be some issues. Aroma coming off of the wrapper is a combination of fresh coffee, strong barnyard, hay, cedar, sawdust and dark chocolate while the cold draw brings very distinct flavors of lemongrass, white pepper, hay, cinnamon, creamy cedar and slight sweetness.

Starting out the first third, the La Gloria Cubana Revolution immediately exhibits very flavors of almonds, creamy cedar, hay, dark chocolate and bitter espresso. There is a some nice—albeit slight—vanilla sweetness on the retrohale that combines very well with a great white pepper as well as a touch of spice on the back of my tongue. The draw is way too loose after simple straight cut, and while the burn is a bit wavy to start, it is not bad enough to need touching up as of yet, while the smoke production is massive off of the foot. Strength-wise, the La Gloria Cubana starts off on the high side of mild and slowly pushes into the low end of medium by the end of the first third. 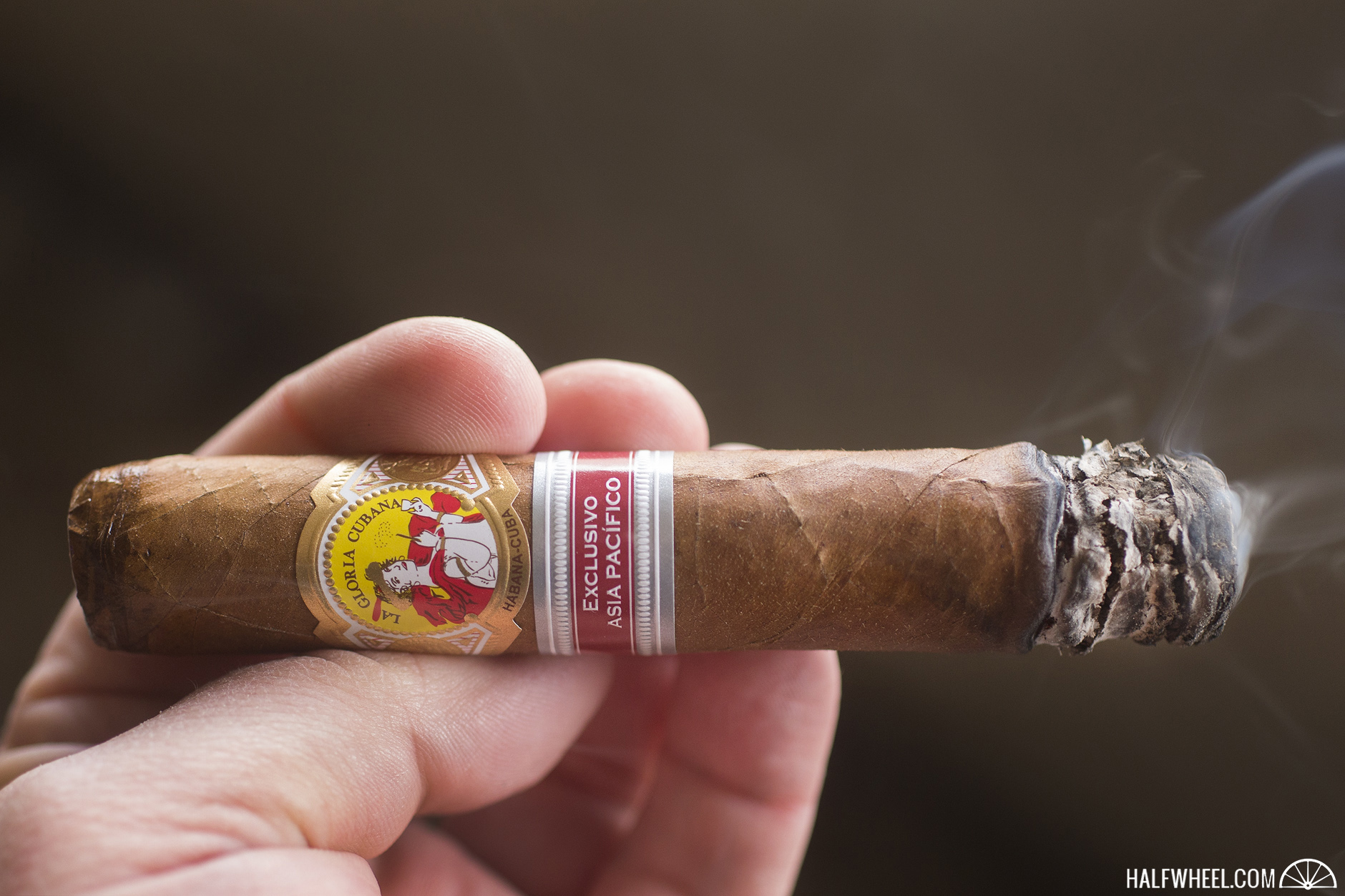 Coming into the second third of the La Gloria Cubana Revolution and the sweetness from the first third has morphed into a nice nutmeg note, along with other flavors of creamy nuts, bitter espresso, gritty earth, hay, lemon citrus and dark chocolate. Right around the halfway point, I notice a strong saltiness on my lips that sticks around a for a while, although it starts to recede as the second third comes to an end. In addition, there is still a great amount of white pepper on the retrohale and the smoke production is still well above average. While the burn has evened up nicely, the draw is still much looser than average. The strength ends the second third just below the medium range. 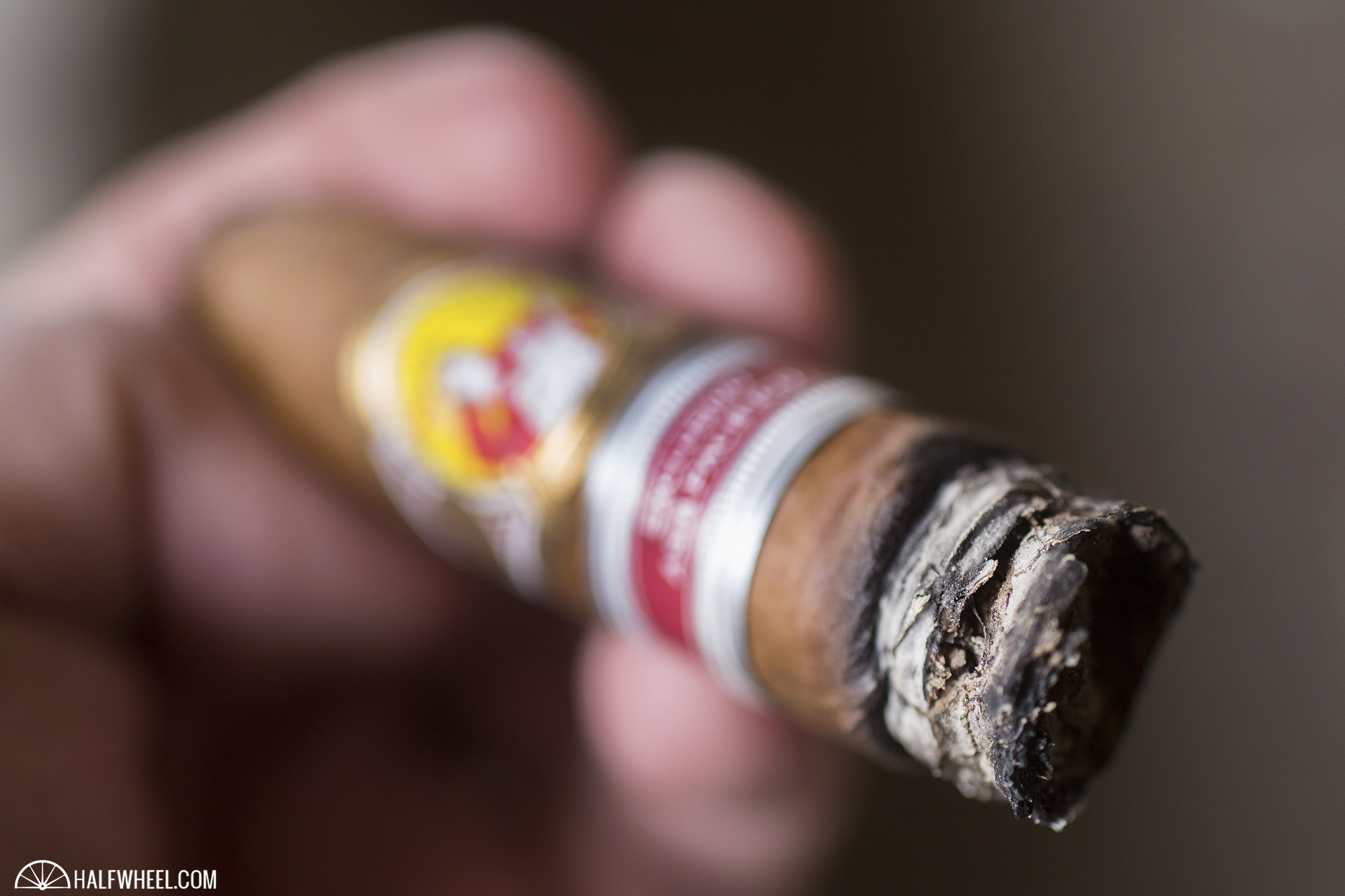 The final third of the La Gloria Cubana Revolution has a fairly significant increase in flavors, including a new floral note that is quite strong for a short time, then dissipates slowly until the end of the smoke. There is also more of creamy cedar and lemongrass than in the second third and the other notes of bitter espresso, hay, almonds and earth are still hanging around. The nutmeg note from the second third is thankfully still present, albeit slightly reduced, and the white pepper on the retrohale increases as well. The burn continues to impress until the end, but the draw is still much too loose. Strength does hit a solid medium by the time I put the nub down with a bit more than a inch left. 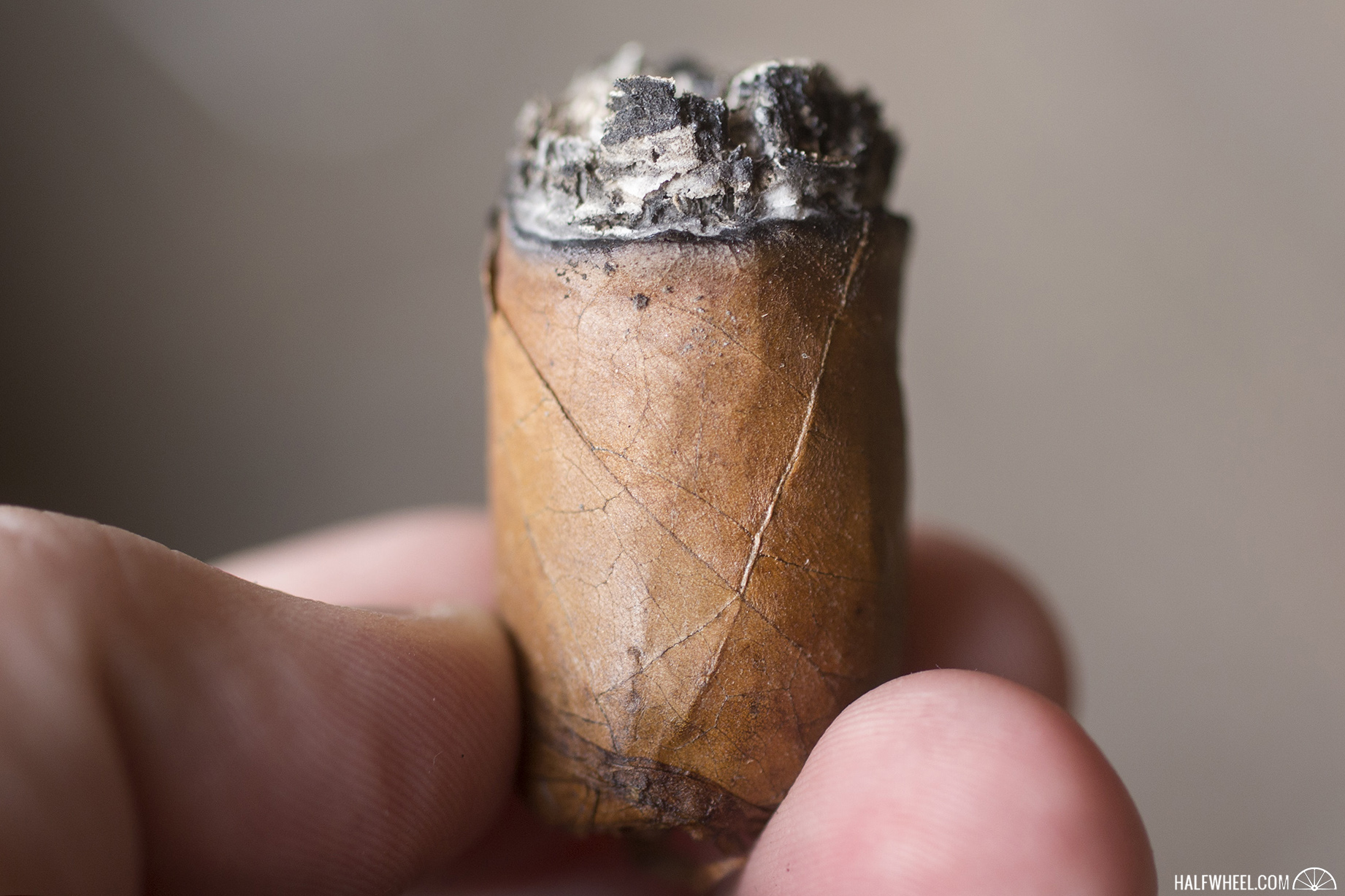 After smoking three of the La Gloria Cubana Revolutions, there is no doubt in my mind that the flavor in the profile is there, but it was hampered in two of the samples by a draw that was just too loose to get the most out of the blend. However, in the one sample that had a decent draw, the flavors were on point: creamy, rich and distinct, with a wonderful combination of creamy cedar, fresh ground coffee and lemongrass that really set off the rest of the profile. Construction issues aside, this is the potential to be a very good cigar—especially considering the large ring gauge—and one that is easy to recommend, as long as you get one with a good draw.