There are only a few cigar-related numbers, if any, that make the staff at halfwheel perk up quite like 109.

It’s a reference to a vitola, but really more to a specific type of way cigars are capped. Rather than using a normal belicoso head, which typically comes to a point like the end of an ice cream cone, or the standard parejo cap which is rounded like the top of a human head, the 109 is a hybrid. It’s got the angular build up but it then rounds off like a normal cap, similar to how a loot of handgun ammunition looks like.

Since then the size has been used by both Habanos S.A. and non-Cuban manufacturers, sometimes sticking to the 7 1/4 x 50 format, and other times in completely different sizes.

Last year, Habanos S.A. and Intertabak AG released the La Gloria Cubana Orgullosos, the 2018 regional release for Switzerland. It uses the 7 1/4 x 50 dimensions and marks the second time Switzerland has received the shape as an Edición Regional release following the Punch Clasicos in 2011. 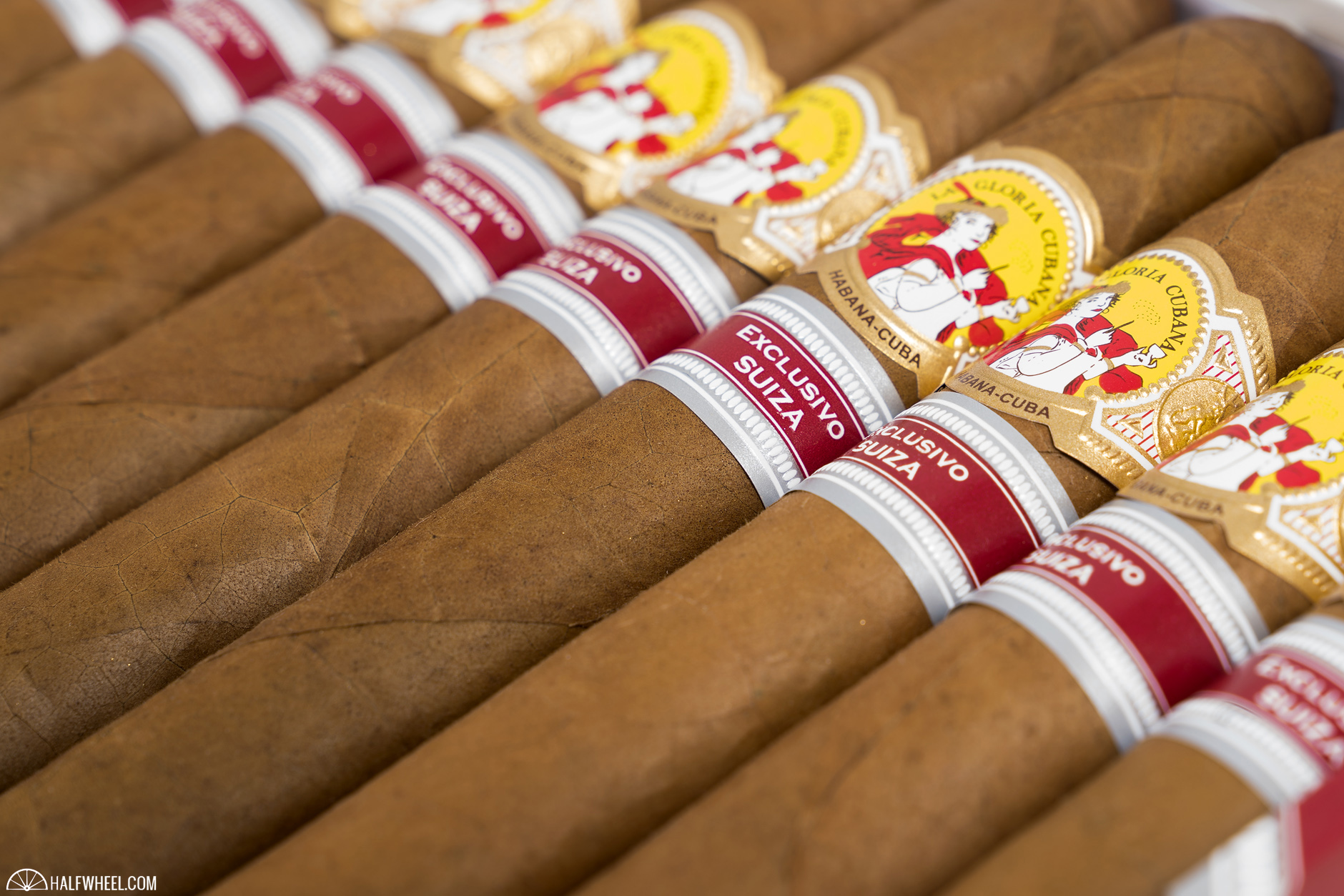 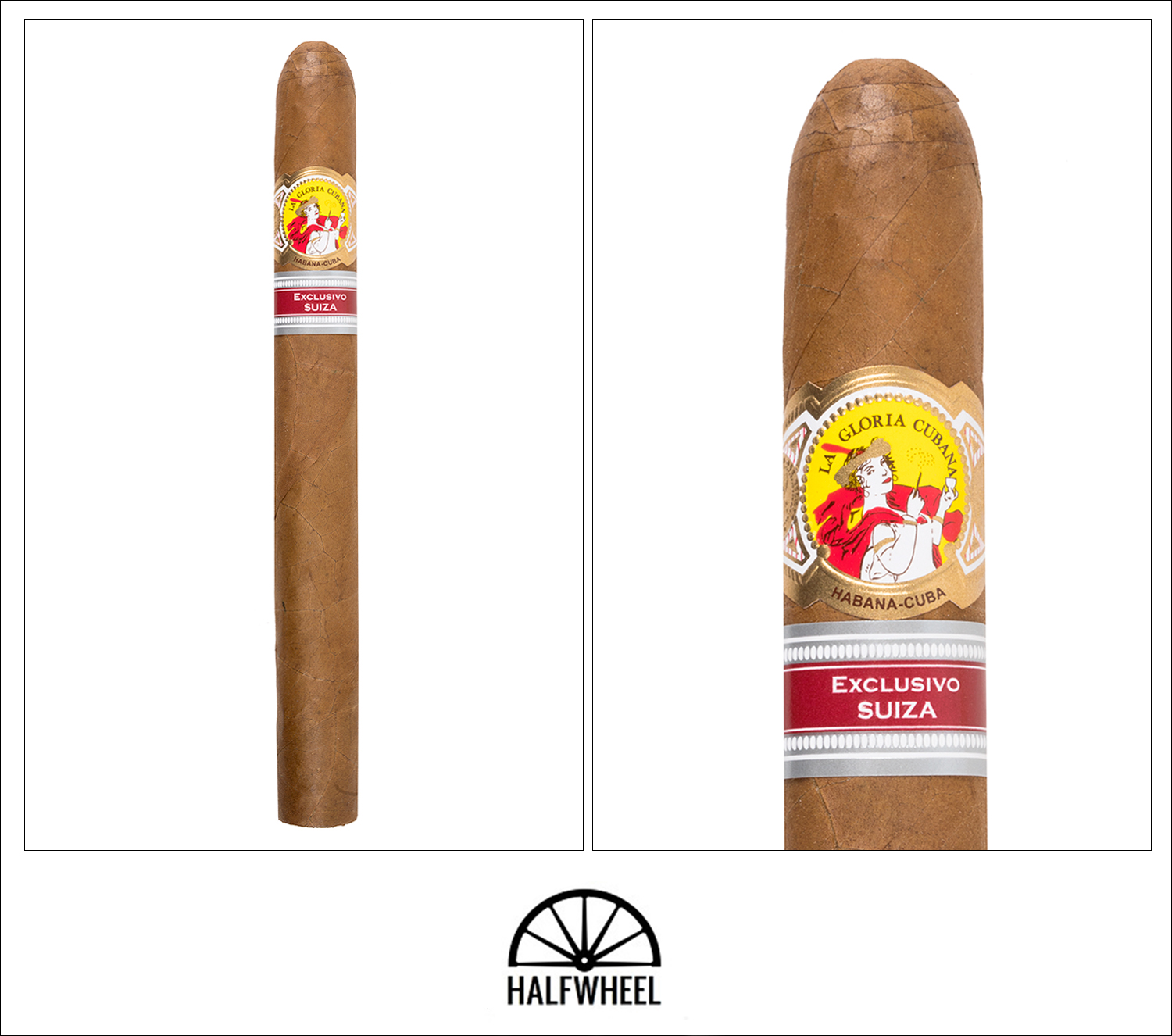 The Orgullosos has a hue that is typical of La Gloria’s more recent releases. There’s a fair amount of red, a slightly above average amount of oil and a color that is a bit below the typical mark in terms of lightness. Aroma off the wrapper is leather and acidity over some floral flavors, cedar and clay, around medium-plus. The foot is promising with floral, Spanish cedar and some raisin, nearly medium-full. Flavors are better on the cold draw with floral notes leading the mixture over citrus and a flavor that reminds me of a weird margarita, once again medium-full.

Despite all of the floral flavors surrounding the unlit La Gloria Cubana, it’s nowhere to be found once the foot is lit. Instead, initial flavors are a deep woodiness, wheat bread and a bit of sweetness on the finish, right at the medium level. An inch in and the flavor is a mixture of cedar, sweet creaminess and a muted sweet bread flavor that reminds me of a cheap ice cream cone. The finish has damp woods, which isn’t the most appetizing flavor, along with some cinnamon on the back of the throat. Retrohales have a familiar sweetness that reminds me of what happens when I have a plugged cigar, which I suppose leads me to tell you that all three cigars have issues with the draw. The best of the bunch is a cigar with a medium size knot that restricts airflow, while the worst is the sample photographed for the first third which shows me nearly drooling on the cigar. Flavor is medium-full, body is full and strength is medium-full. There’s a mixture of creaminess, paprika and burning woods that eventually emerges as the profile in the second third of the La Gloria Cubana Orgullosos, but the highlight is the retrohale. Peppermint, earthiness and some generic barbecue sauce flavor emerge through the nose. Due to the combination of the flavors and an awful draw, I really want a drink of water. Flavor is medium-full, body is closer to medium-full and strength is medium-full. Two of the three cigars have worsening draws with one being nearly unsmokeable. In addition to the draw issue, keeping the cigar lit is becoming an increasing challenge due to the lack of airflow. By the end, all three La Gloria Cubana Orgullosos have been relit a handful of times, which isn’t helping the flavor. It’s sweeter than the second third, though not as sweet as the opening puffs. The increased sweetness is like a result of the creaminess, which alongside oak, is now the dominant flavor. Some puffs can deliver the complexities of earlier parts, including the peppermint I found so appealing in the second third, while others lack both flavor and physical smoke. White pepper dominates the finish, which doesn’t add to the profile which my notes describe as “an absolute mess.” One of the three La Gloria Cubana Orgullosos I smoked was a somewhat young, large Cuban with a draw that could be better. Unfortunately, I'll remember the cigar as being an annoyance to review. Had I not been reviewing the cigar, neither of the other two samples would have been finished. It was clear pretty early on that the cigars had significant draw issues, that they were getting worse and that the flavor wasn't good enough to keep fighting it.