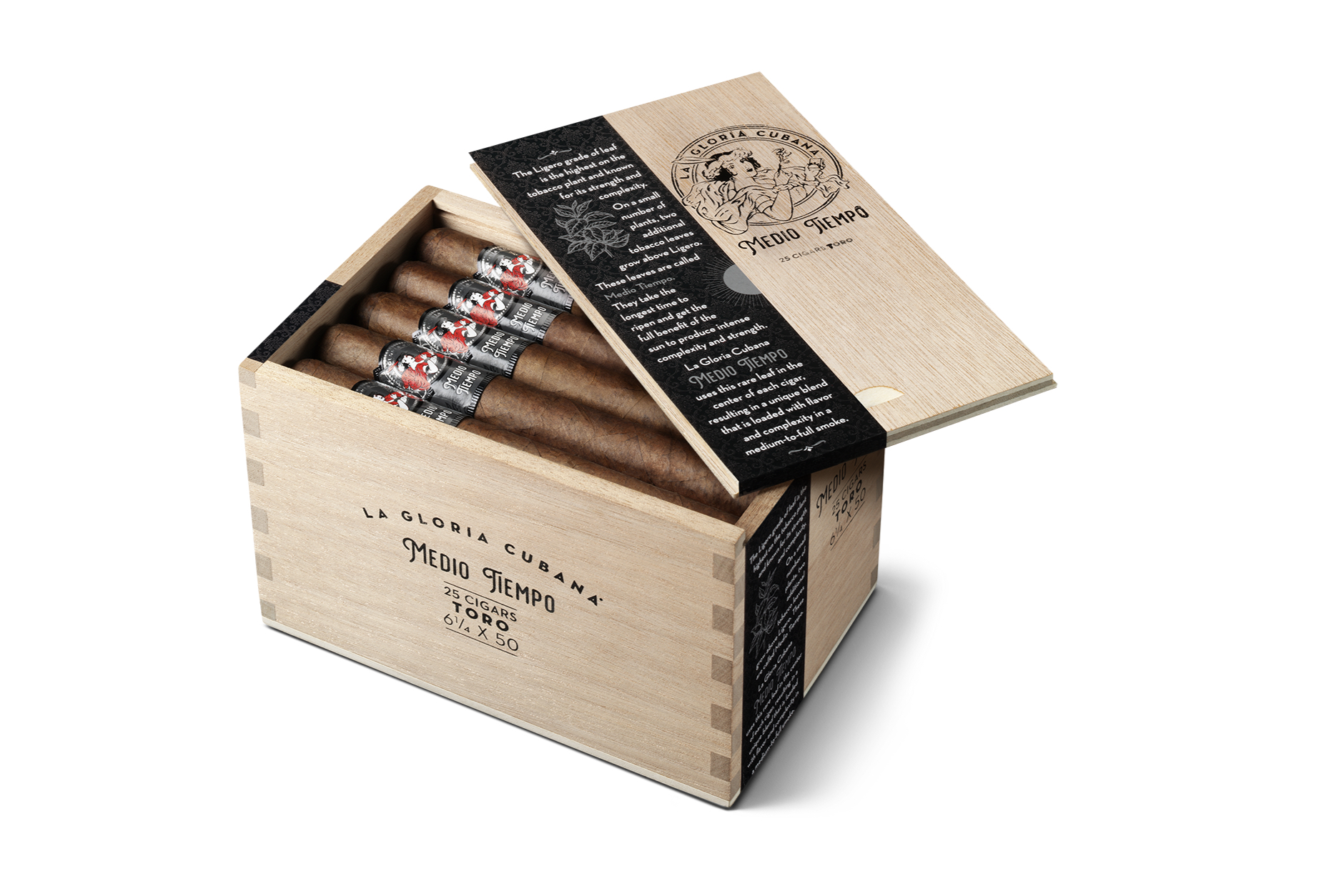 The new La Gloria Cubana Medio Tiempo is a regular production line that uses an Ecuadorian sumatran wrapper over a Connecticut broadleaf binder and filler tobaccos from four different areas: the Dominican Republic, Honduras, Nicaragua and Connecticut. The Connecticut tobacco is the one where the cigar gets its name from, it’s a Connecticut habano varietal that is classified as medio tiempo.

Medio tiempo is a priming of tobacco—the way a plant is divided into sections vertically—that is found above the ligero priming, typically the highest priming. It’s only found on certain plans and only some growers go through the effort of classifying it separately from ligero. Given its position on the plant, medio tiempo should be the strongest tobacco found on the plants where it grows. In recent years, a variety of manufacturers have marketed their cigars as explicitly containing medio tiempo tobacco. Previously, that tobacco was largely just classified as ligero.

There will be three regular production sizes:

“The artisans of El Credito set out to highlight a rare tobacco leaf with ‘Medio Tiempo’ and ultimately delivered another fine example of their masterful blending techniques,” said Steve Abbot, senior brand manager for La Gloria Cubana, in a press release. “All of the tobaccos that comprise this new collection are interwoven to perfection, and together, they tell a memorable story.”