As we have described before Habanos S.A.’s Edición Regional program brings sizes and marcas together to places where certain brands aren’t as common. While the La Gloria Cubana brand seems to be fairly known, the size picked for this release is definitely the rarer of the two components. 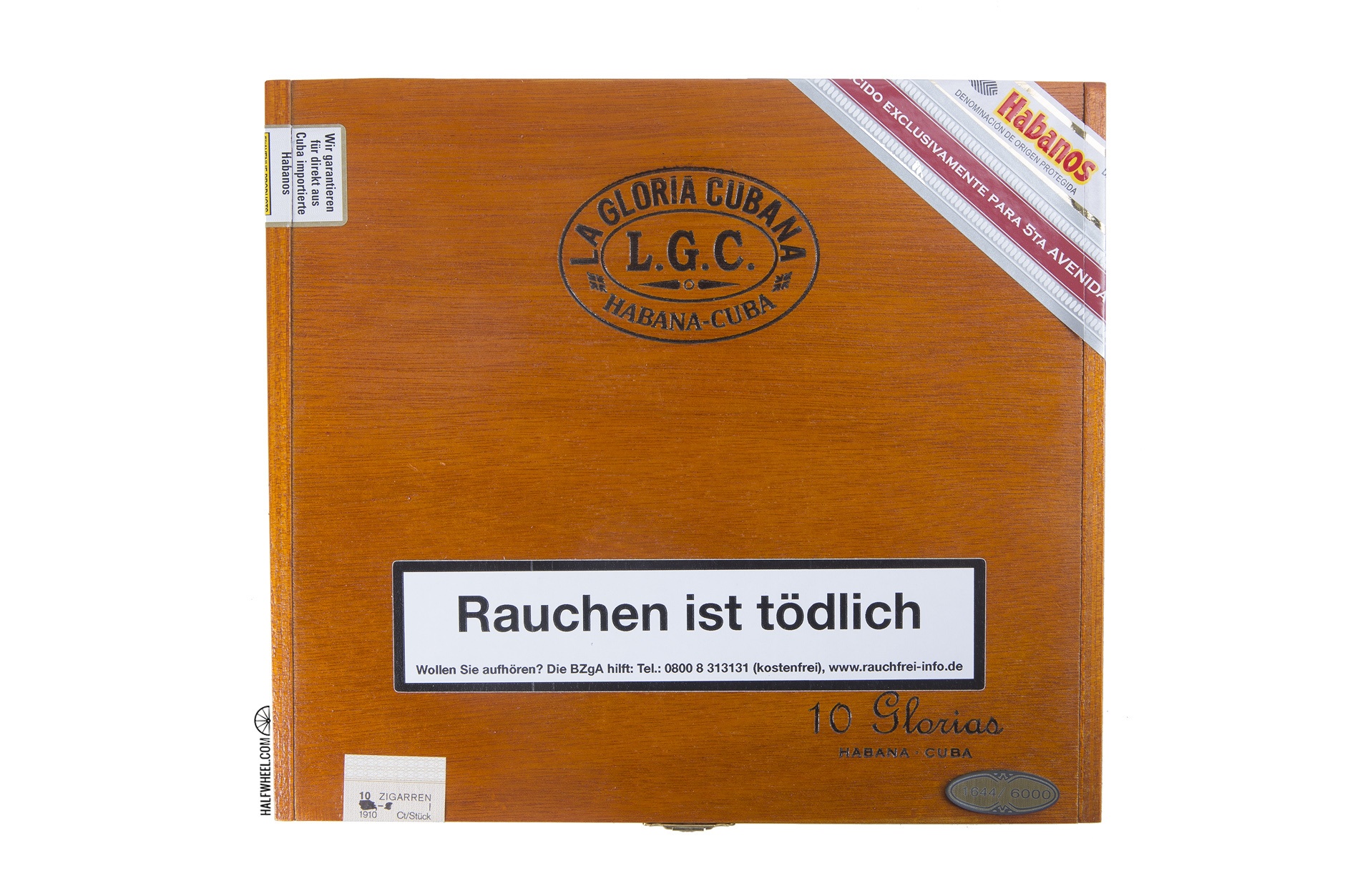 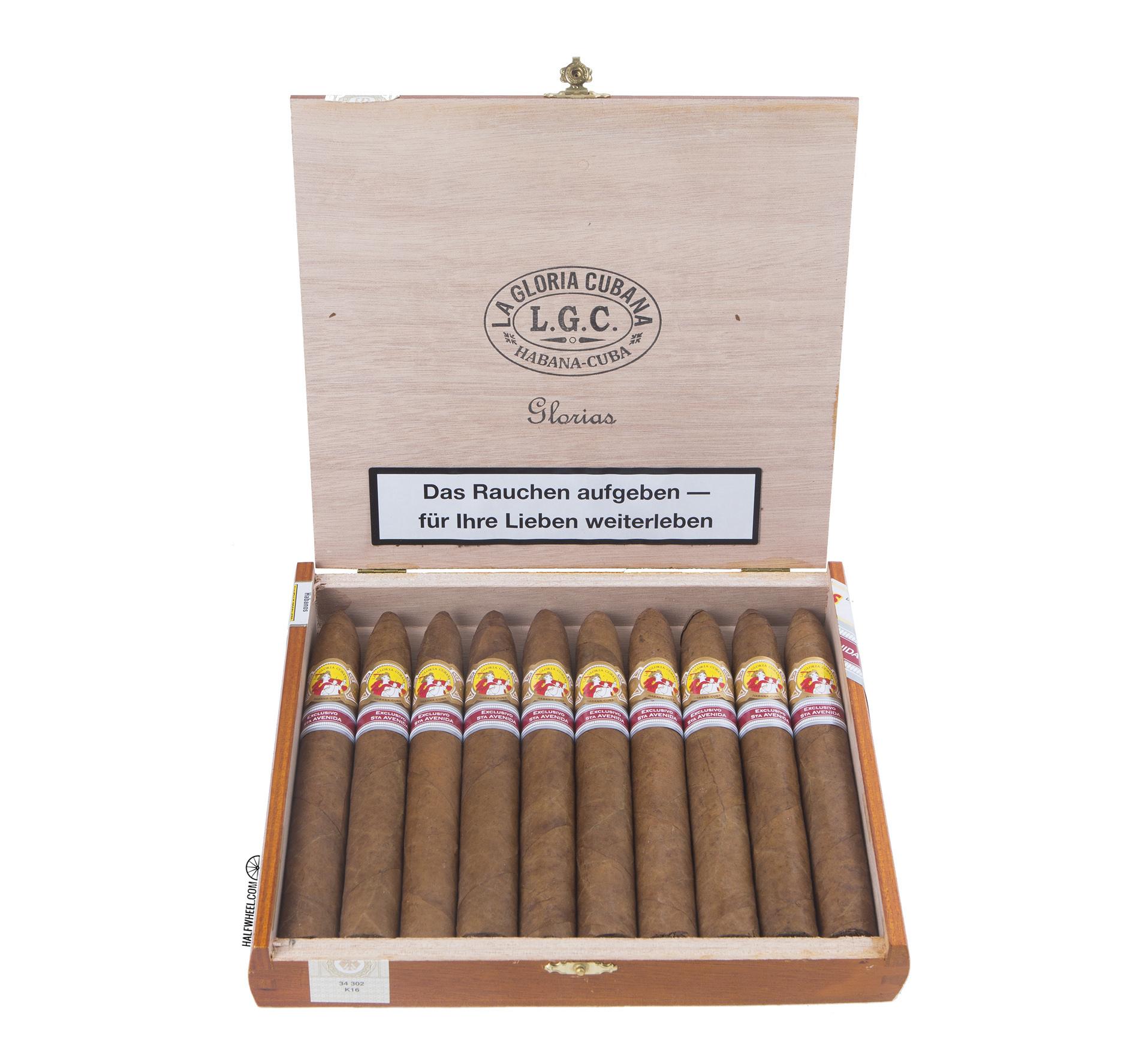 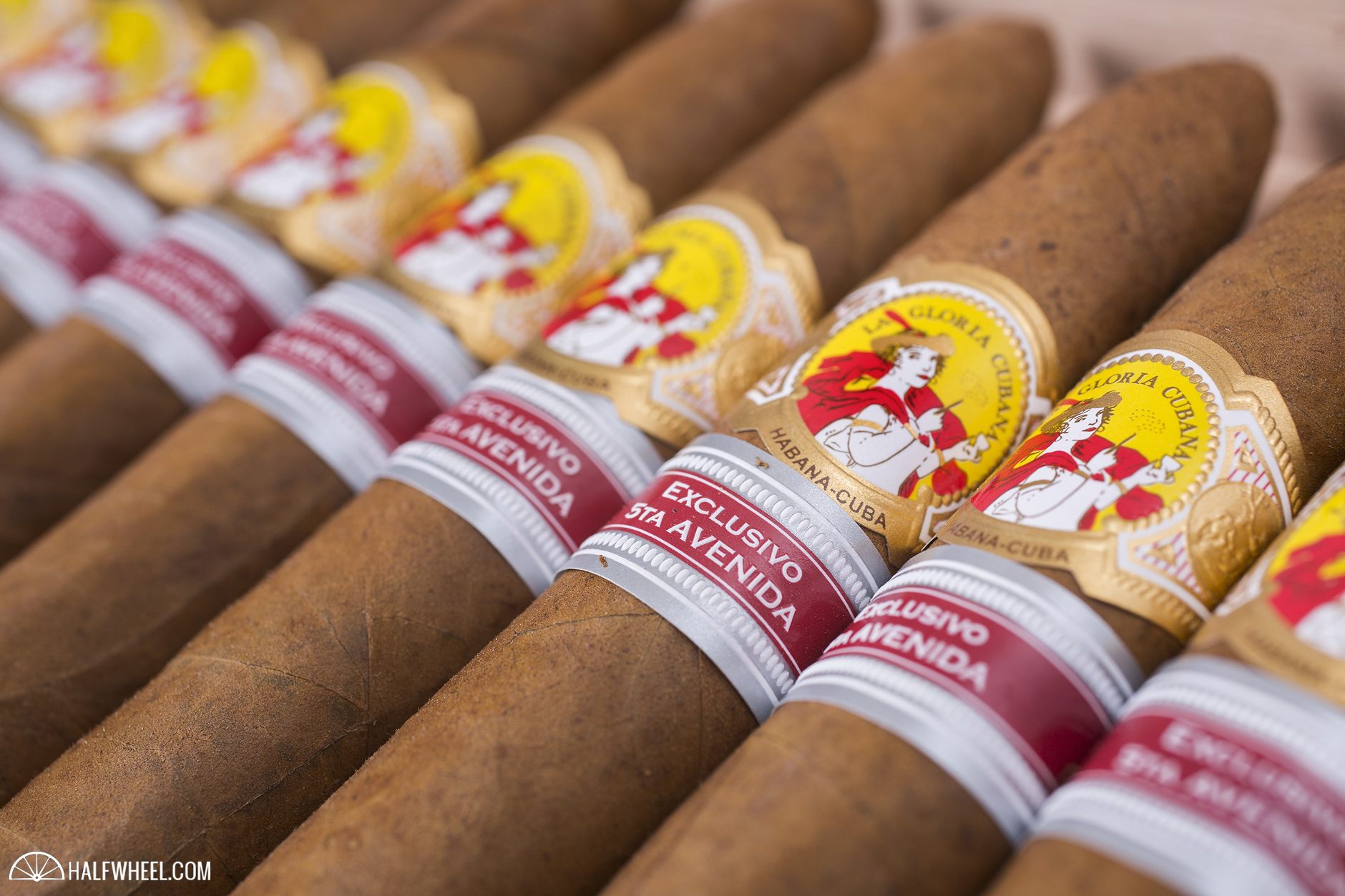 The size is only found six other times in the Habanos S.A. portfolio, according to a search of CubanCigarWebsite.com. It was first seen in 2005 as part of the Partagás 160 Aniversario Humidor, a chest that included the Partagás Gran Pyramid and Robusto Extra, both new, special release sizes for the occasion. Just 250 humidors were made, each containing 100 cigars, presumable split evenly between the two sizes.

The following year, the San Cristóbal line used it for a La Casa del Habano release called the Muralla, though it was discontinued in 2011. That same year, a Ramón Allones—the Super Ramon—was released for Canada, with just 1,000 boxes of 25 cigars made. Meanwhile, the Bolívar marca used it for the first of three instances; in 2010 it was featured as part of a Colección Habanos release, reappearing the following year again as part of a Colección Habanos, while in 2013 the size was selected for an Edición Regional for the Belux region—Belgium and Luxembourg.

Meanwhile, Germany is no stranger to Edición Regional releases, having commissioned them in nearly every year since the program began, and receiving multiple releases in 2009, 2010 and 2011: 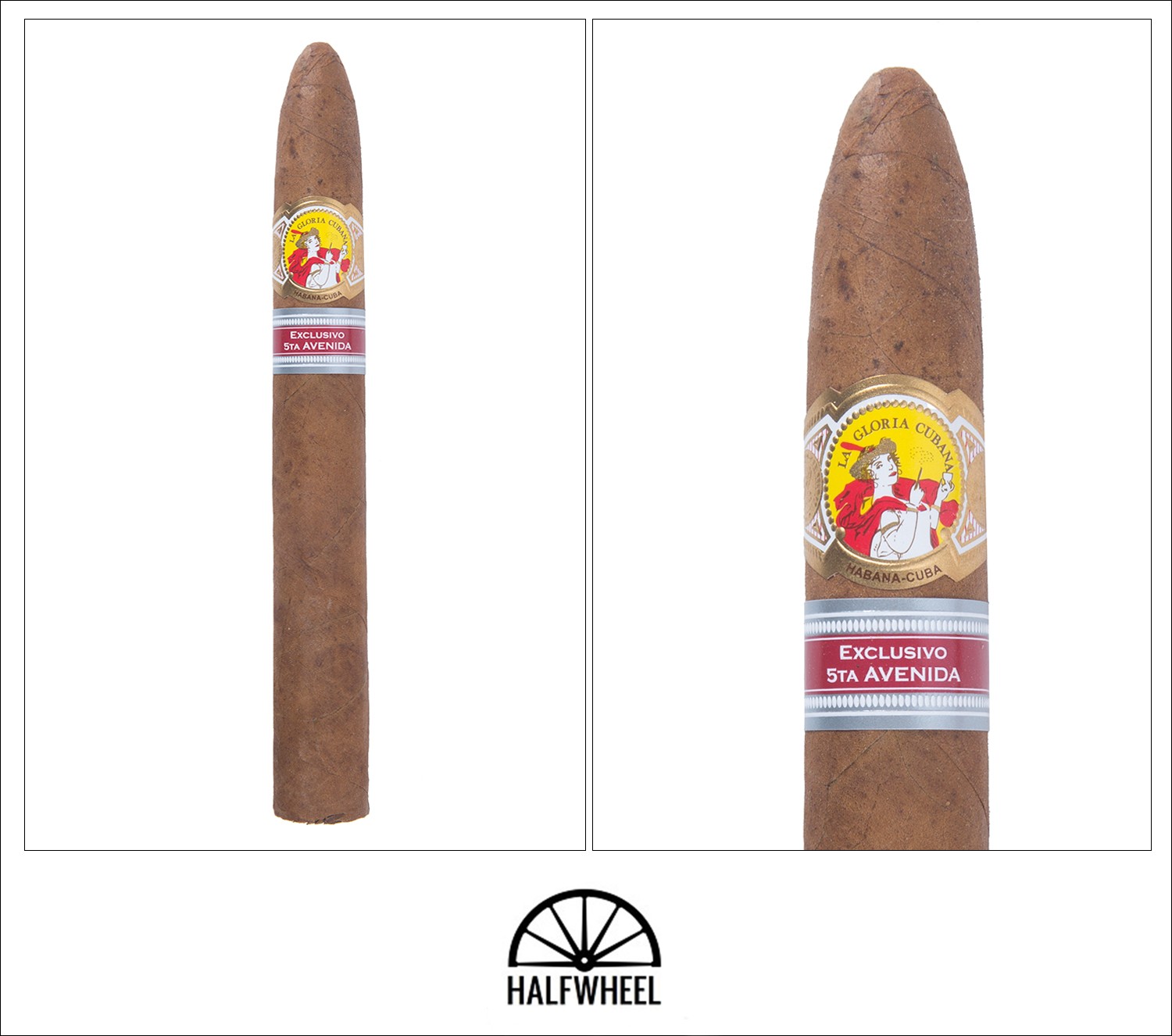 Looking at the La Gloria Cubana Glorias, I have the same sentiment about this elongated pyramid as I do about a really tall person; everything looks fairly normal, but man, that’s a big cigar/individual. The cigar itself is quite attractive with a wrapper that is a shade or two darker than I’m used to from most Cuban releases, with some mottling noticeable along the seas and near the foot. Veins are fairly small but still show the familiar puckering that is prevalent among leaves from Cuba. There’s a near perfect amount of give on the cigar, just slightly compacting when squeezed but neither too hard nor too soft and almost perfectly uniform. From the foot I get a bit of banana bread and Frosted Flakes, thought the sweetness is not as overt as those two descriptors might suggest and secondary whiffs lean more towards a banana-based smoothie. The third sample offers the most complex and engaging experience, adding sweet and slightly salty butter to the mix, with just a touch of pepper. The cold draw ranges from near perfect to a bit tight and reiterates the banana note, showing no pepper or spice.

I’m surprised by how nondescript the first puffs of the La Gloria Cubana Glorias are, offering  just a bit of bland wood and pretzel, with a generic filler tobacco finish, though the third sample is much more upfront with its flavors than the other two samples. The flavor begins to wake up 15 minutes or so after lighting, starting with some cereal grains and white toast, followed by the first inklings of pepper both in the nose and on the palate. There is a very slight roughness from some black pepper that begins to make itself clear just about half an inch into the cigar; fortunately there is a quite pleasing white pepper that is present on retrohales to balance it out. This new evolution starts leading my mind to thoughts of refined Scotches and Japanese whiskys that don’t have a heavy peat flavor as a possible pairing for this cigar. By the one inch mark the draw has remained as firm as it was prior to lighting, while the flavor picks up a bit of cedar and generic firewood, nudging the smoke to be a bit fuller and drier that it had been previously, yet it remains a fairly simple profile that falls just north of mild in terms of strength. The burn has been quite good, with no relights needed, decent smoke production and no wavering of the burn line. 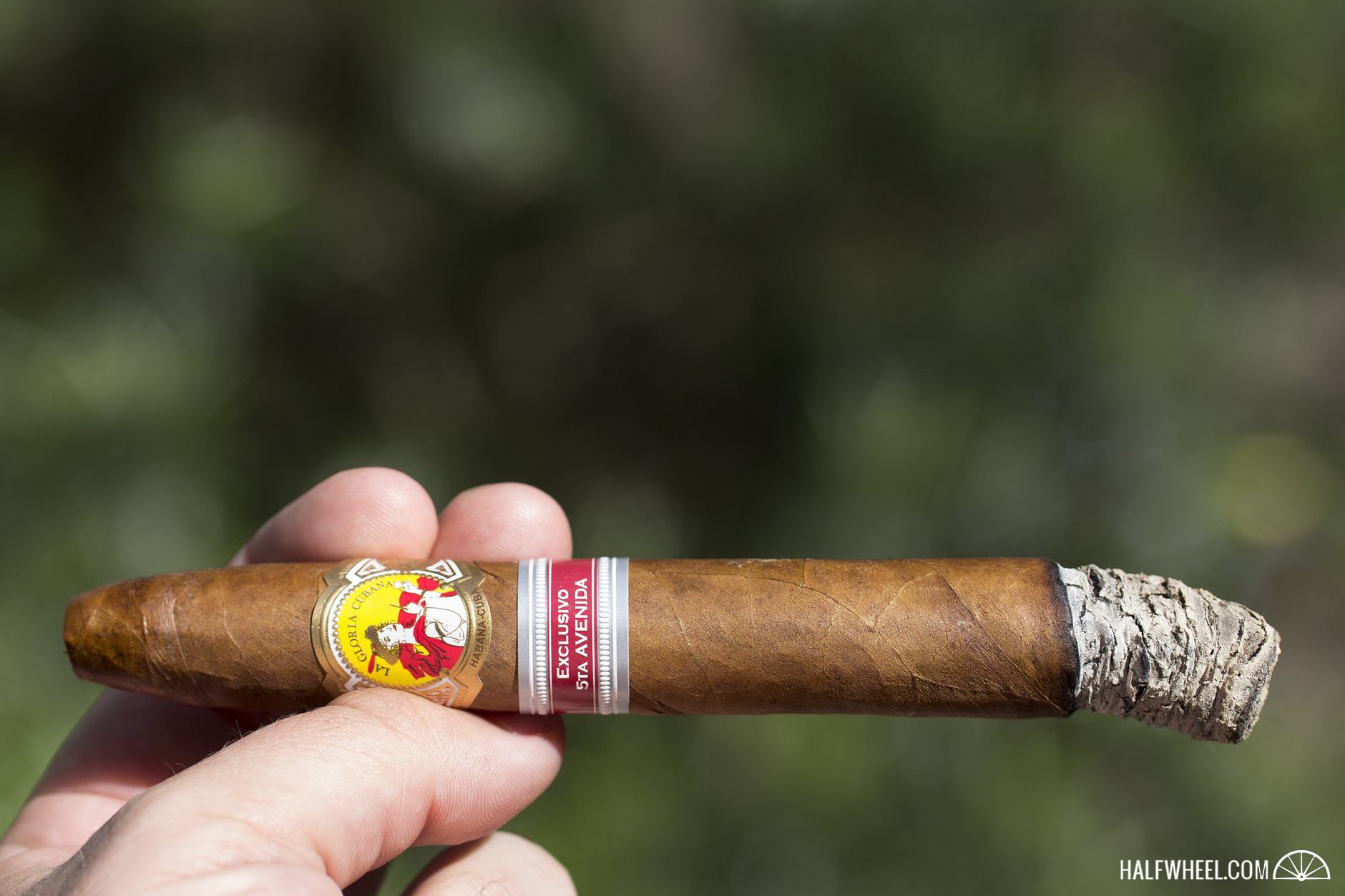 While I don’t like describing a cigar as uneventful, that’s pretty much what the La Gloria Cubana Glorias is as the burn line continues into the second third. It’s a touch fuller than it had been in the first third, though the flavors and arrangement remain nearly identical. There are some subtle changes through the midpoint, as the cigar toys with a rather specific flavor of butter on a freshly baked pretzel, a mix of baked dough and slightly sweet creaminess. The Glorias moves to a slightly more robust profile as the burn line approaches the final third, drawing on black pepper and some rocky earth to set the tone and bring back thoughts of the pepper note from the first third. The first burn issues also creep up in this portion, as some residual moisture makes the burn a bit more challenging. 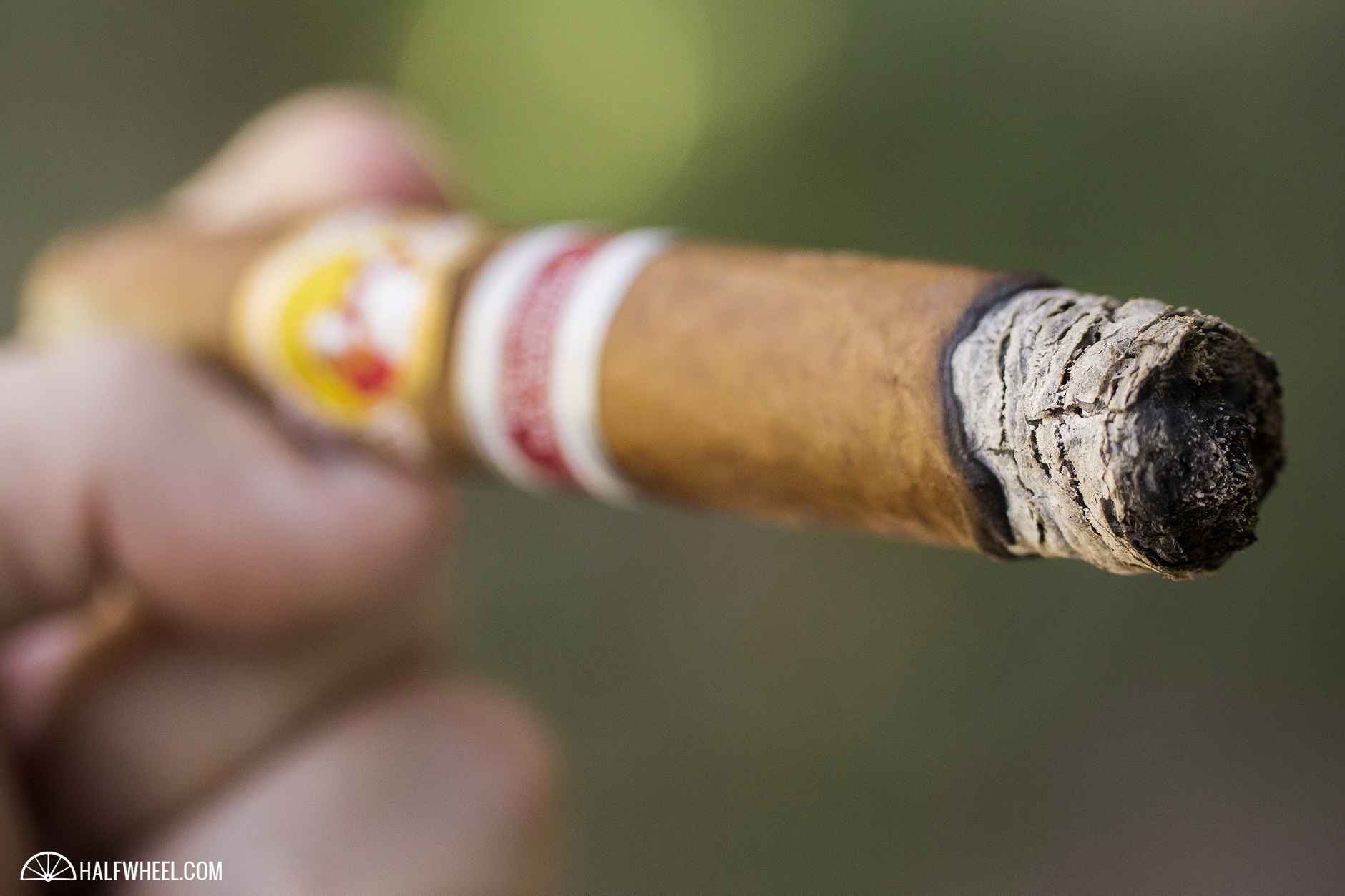 If you’re looking for a big change in the La Gloria Cubana Glorias, hopefully retrohales are part of your smoking routine, as that is where I noticed the big jump in pepper that occurs near the start of the final third. Besides that, combustion issues are the other big noticeable, as even with some dryboxing the cigar has a propensity to go out throughout this section. The Glorias holds onto the core notes that dance between cereal, toast and wood for much of this section, though I also get very subtle creaminess at times, yet it’s never enough to earn being mentioned as a true trait of this cigar. The finish gets a bit hot and the pepper gets charred, making the final inch or so quite a bit less enjoyable than the six or so prior. For as seemingly unique as the size of the La Gloria Cubana Glorias is, the uniqueness of the flavors fell far short of expectations. Only one sample had any vibrance, and at that the flavors seemed to still be a bit young and unrefined. Tack on burn issues that are consistently problematic in the second half and you have a cigar that is tough to recommend at this point, unless you simply collect Edición Regionals or are willing to rest them for some time. While I would probably have picked up a box of these had I been in Germany when they came out; having smoked three, I'm happy to say that I've got that money to spend on other things.