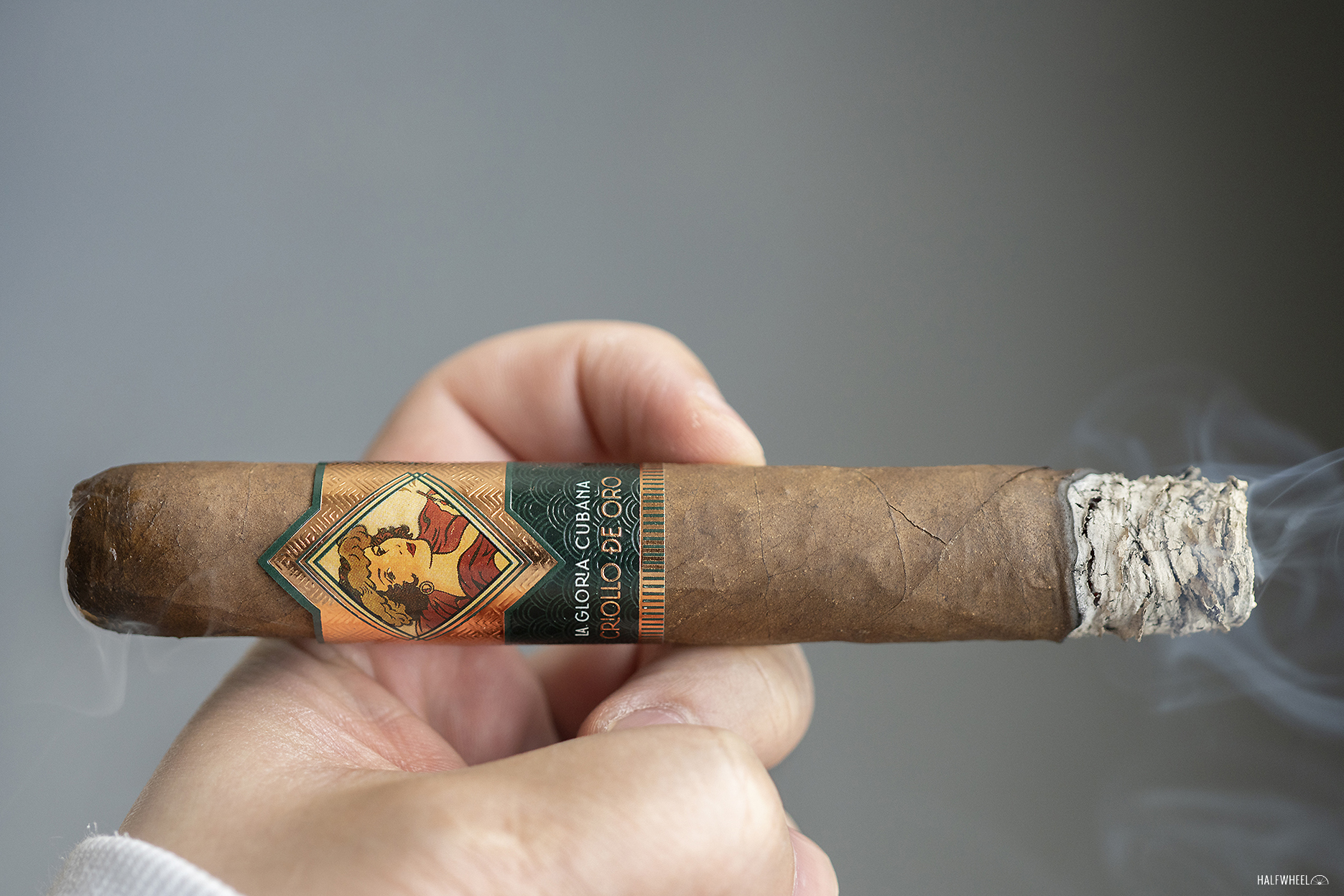 Perhaps to a fault, halfwheel has always been a website about what’s new. Our early emphasis on news coverage, our earlier focus of reviewing prerelease cigars, and our personalities—particularly around the time we were launching the site—all contributed to this. We’ve gained more perspective and I think we are less focused on what’s new but there’s no denying the shininess of new.

While the average new cigar might not excite us like it once did—partially because there are a lot more new cigars these days than there were a decade ago—new tobacco is still something that I find uniquely interesting. It’s why this cigar—and not one of the other Forged or General cigars—was selected for a review. Earlier this year, Forged Cigar Co.—part of the Scandinavian Tobacco Group portfolio that also includes Cigars International, General Cigar Co. and others—announced that it would ship a new La Gloria Cubana that used a new proprietary hybrid the company refers to as criollo de oro. Those moderately familiar with different types of cigar tobacco could probably guess this is some combination of criollo and pelo de oro tobaccos. The former is one the most prominent seeds used in cigars, believed to be amongst the original varietals of Cuban tobacco. It’s seemingly less popular than corojo, but the two types are easily the most famous cigar tobaccos.

On the flipside, pelo de oro might be the most hyped tobacco in the cigar world, in that it gets talked about a lot more than it is used. The tobacco gained notoriety by being banned in Cuba due to its propensity to develop blue mold. Then it added more hype by way of its use in the non-Cuban world, which seems to be inspired—at least in part—by the simple fact that it’s banned in Cuba. I’m not sure who first grew pelo de oro outside of Cuba, but I think it’s fair to say that the García family of My Father fame are the ones that did the most to bring this tobacco into the forefront of American cigar smokers, even if the tobacco isn’t used in very many of the cigars My Father makes. My Father has used it on some of its higher-end and more limited cigars and there’s even Sancti Spirtus, which is a hybrid tobacco that is grown in Ecuador and used by My Father. It too is a combination of criollo and pelo de oro.

There are two sizes with a combined release of 3,100 boxes between them. 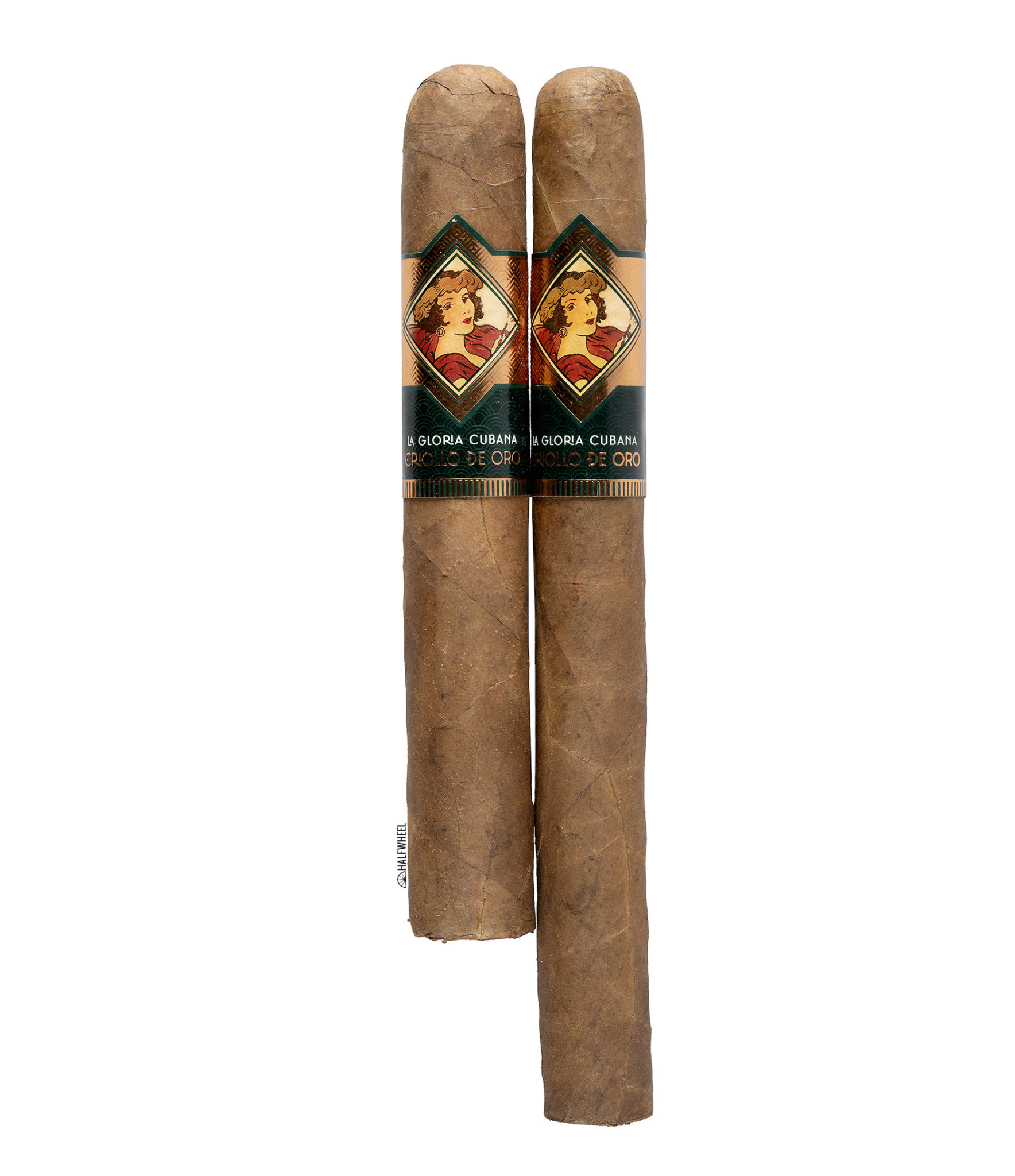 “We created Criollo de Oro in the La Gloria Cubana in the tradition of blending proprietary and traditional tobaccos to deliver exciting smoking experiences,” said Steve Abbot, senior brand manager for La Gloria Cubana, in a press release. “Our artisans have delivered a cigar with a distinctive taste profile, crafted according to the brand’s meticulous standards. We’re confident that Criollo de Oro will appeal to a wide range of discerning premium cigar enthusiasts.” 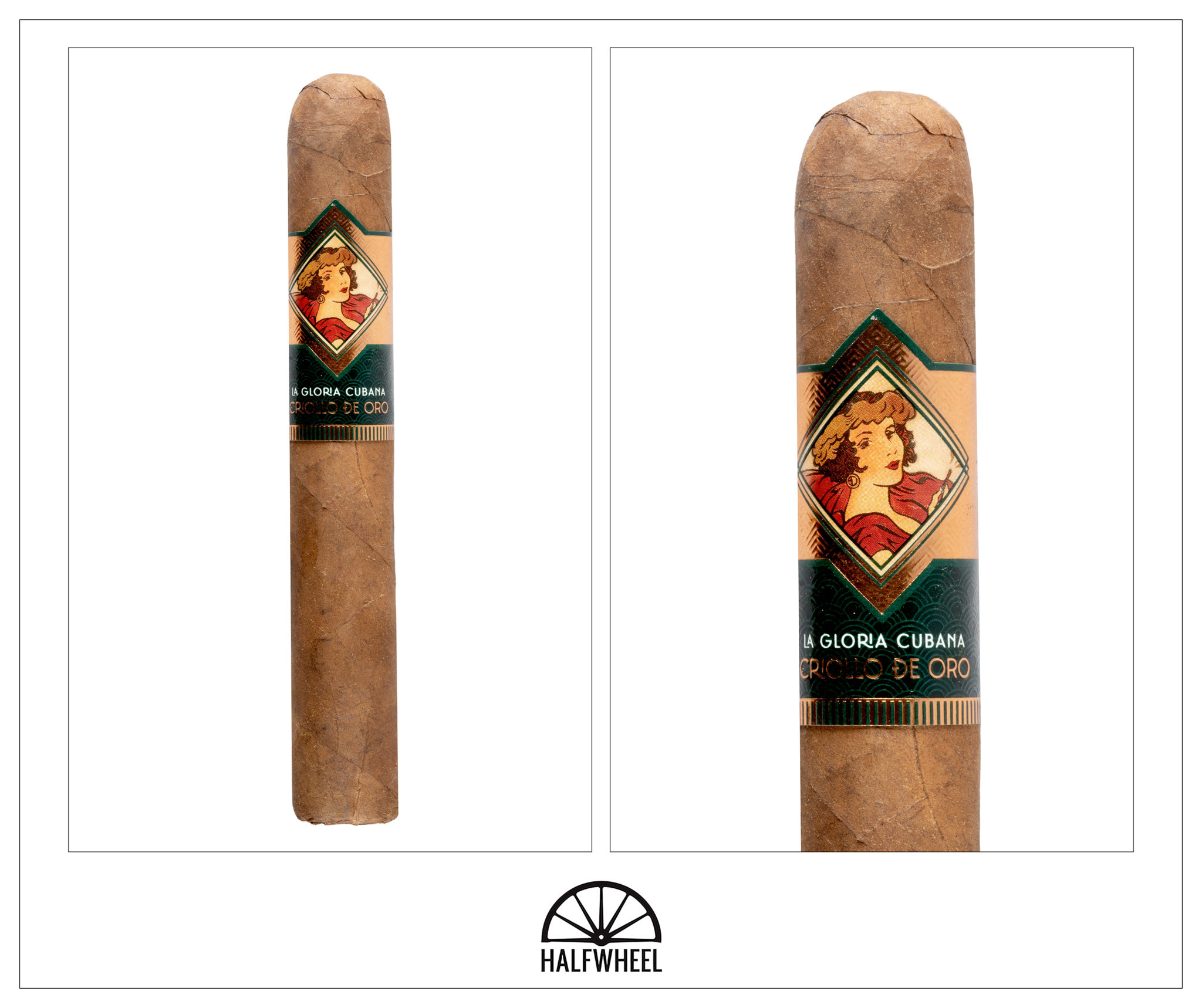 *This number is for both vitolas.

Before looking at the cigar, the first thing I notice is how firm the first sample feels. That firmness is also found on the second cigar, but not on the third cigar. The wrapper has a fairly dark color that is consistent in hue, though it’s not the best feeling wrapper thanks to both veins and bumps from the binder. On two cigars I notice loose seams, again, the third cigar is the outlier and does not have the issue. Aroma-wise, the wrapper smells like milk chocolate over some strawberry sweetness, manure and something that reminds me of the smell of diesel fuel. The foot is stronger and sweeter with a sweet banana bread aroma and some acidity. There are two things that stand out after my first cold draw. First, my lips are reacting to a pepper-like flavor; second, the cold draws are very tight on the first two cigars. Flavor-wise, there’s a medium-full profile that is led by a sweet chocolate over earthiness, cinnamon candy, sourness, a root beer-like sweetness and, at times, leather.

The first two cigars—the ones that felt much firmer—struggle to provide a healthy amount of smoke on the first puff. Each cigar is a bit different, but flavor-wise there’s toastiness, red pepper, earthiness and a sweet cedar flavor that reminds me of some Cuban cigars. The La Gloria Cubana Criollo de Oro Toro seems to alternate between being led by a toasty earthiness or a harsh mineral flavor. There’s also some herbal flavors and a medium amount of black pepper. The third sample—the one that didn’t feel firm—adds some creaminess and wheat flavors, as well as some french fry sensations during the finish. At one point, I stand up to adjust the a/c temperature and I realize my mouth has a very distinct taste: the taste of decarbed marijuana. Retrohales have earthiness, cinnamon, some red pepper and leather. They finish with a much cleaner mineral flavor along with earthiness and cinnamon. Flavor is full, body is medium-plus and strength is medium-full. Construction is all over the place depending on the cigar. The first and second cigars have tight draws and the various other issues that go along with a tight draw. Unfortunately for the second cigar, there’s also a loose seam that is causing even more problems which I’ll show and describe in detail in the Final Notes section. The third cigar appears to be bunched well, if anything the draw might be a touch loose, but I find the smoke getting too hot for my liking.

In my experience, cigars with draws this tight tend to not have dramatic shifts in flavor. I’m not sure what exactly causes it, but I’m pleasantly surprised to find the flavor of the La Gloria Cubana both changing and improving. There’s now a pretty hearty grittiness to the profile, but it’s more palatable than the harsh mineral flavor from before. There’s also peanut butter, some creaminess, earthiness and a sweetness reminiscent of candy corn. The finish is led by nuttiness and herbal flavor over some earthiness. After about five seconds, a big black pepper note takes over. Retrohales have nuttiness over some sweetness I can’t quite identify, thyme, and some additional creaminess that is separated from the nuttiness and the early peanut butter flavors. Once the smoke leaves my nostrils I can still pick up some lingering nuttiness and then a black pepper; there’s also quite a bit of herbal flavors sitting on my tongue after each retrohale. Flavor is medium-full, body is closer to full and strength is medium-full. The two cigars with tight draws are not going to earn praise for their construction, which includes issues with both the draws and the cigars’ abilities to burn properly. The third cigar has a draw that is much more normal and avoids the need for touch ups. 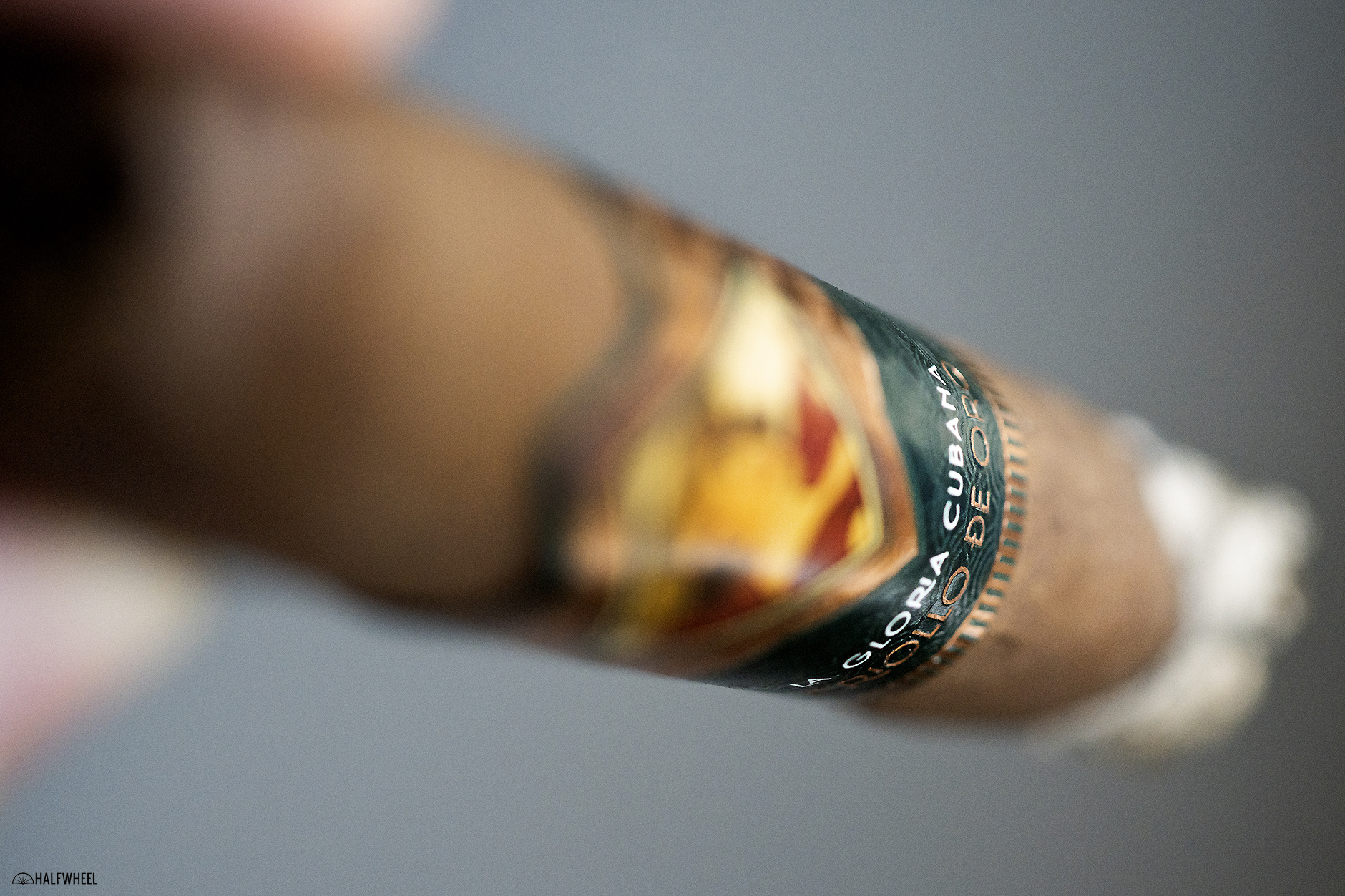 A subtle but unique sweetness that reminds me of Cap’n Crunch cereal emerges in the final third. It’s not the strongest flavor at this point, but it’s the easiest to identify. There’s also earthiness, white pepper and oak, then black pepper right before the finish starts. Speaking of the finish, it’s noticeably harsher though it includes some of the french fry hints from earlier, herbal flavors, white pepper and some of the decarbed marijuana flavors. Retrohales have a weird sweetness—on one cigar it’s sort of like Dr. Pepper—along with creaminess and toastiness. I honestly am not really sure I can tell where the finish begins with the retrohales, something that is likely due to the decreased smoke production. Flavor is medium-full, body is medium-full and strength is medium-plus. All three cigars need touch-ups in the final third, though one of them is a lot easier to smoke than the other two. 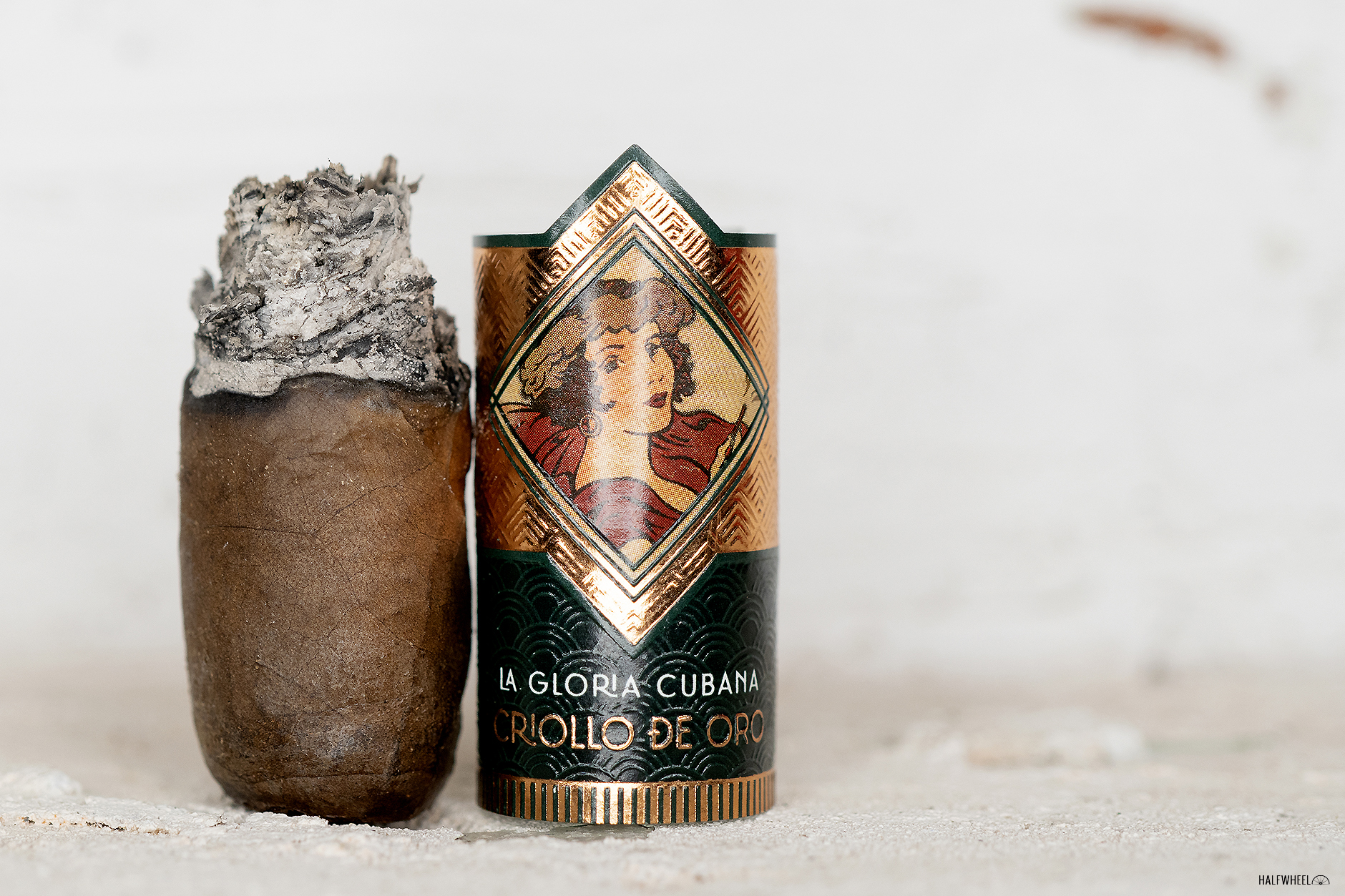 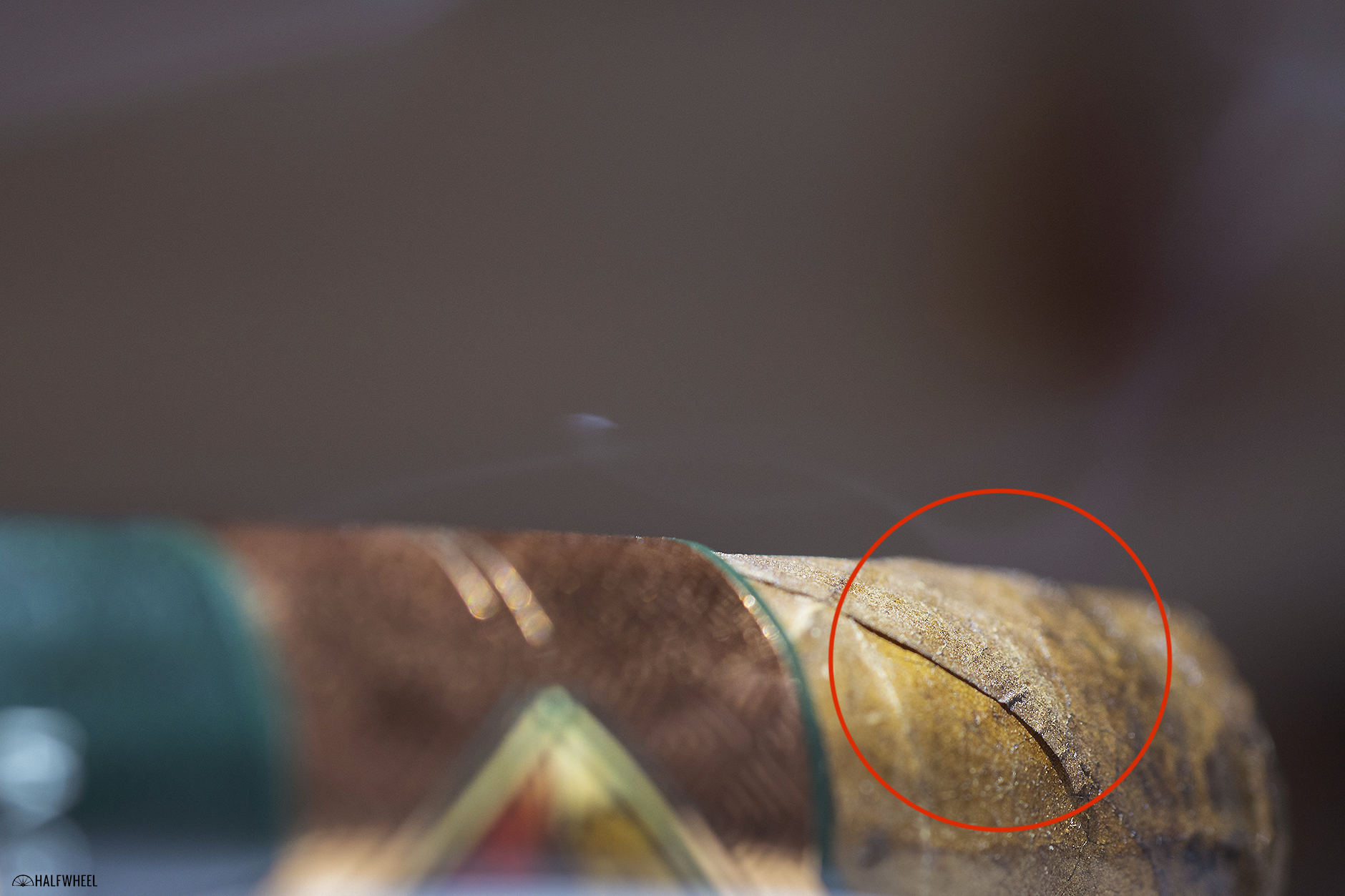 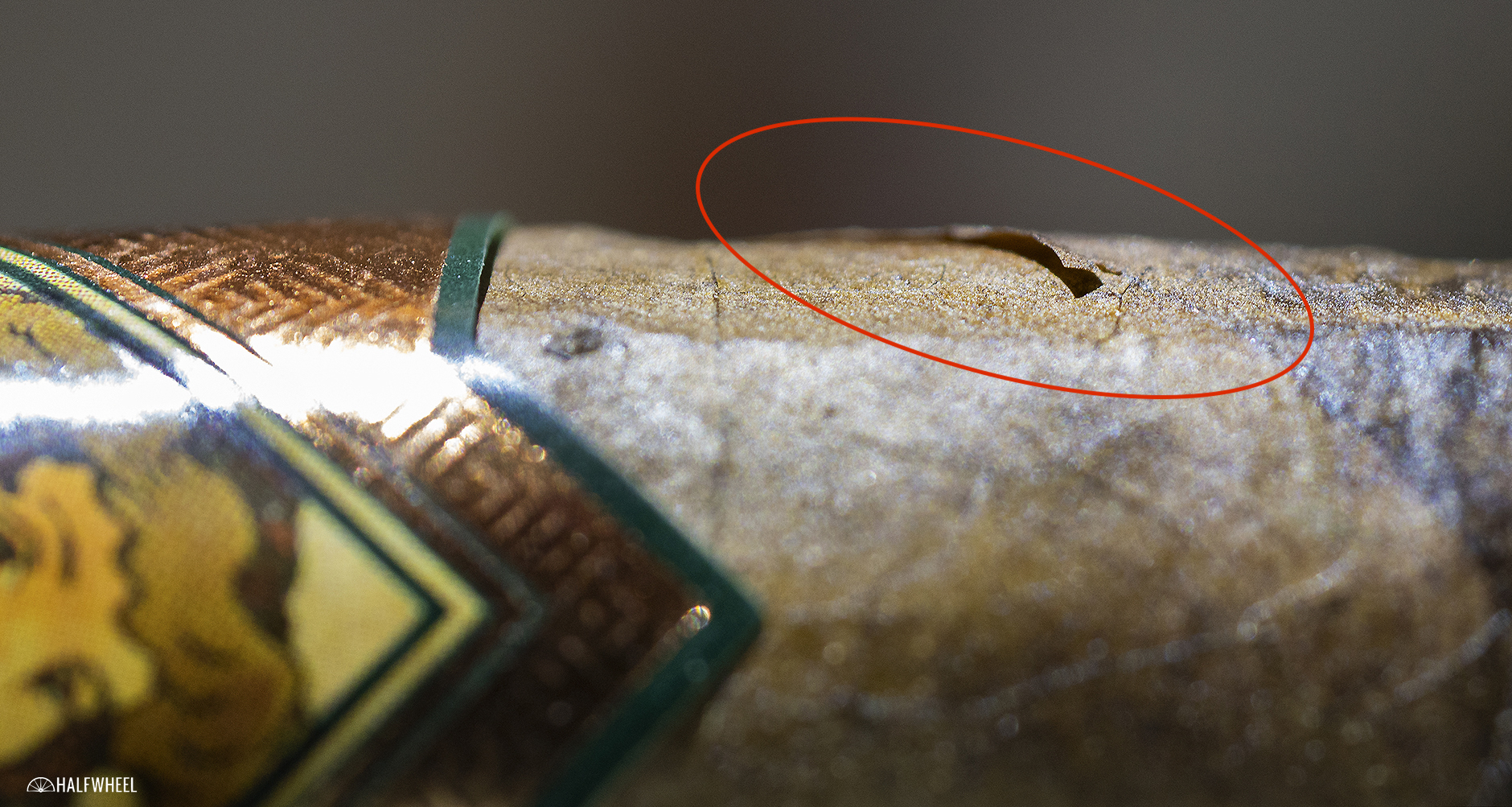 At its best, at least from a smokability standpoint, the La Gloria Cubana Criollo de Oro Toro was too harsh for my liking. Unfortunately, the other two cigars had tight draws and were rather difficult to smoke. The question I had hoped to start to answer—what’s this new tobacco like—not only remains unsolved but it didn’t even really get started. The takeaway after smoking three of the Criollo de Oros is that it doesn’t matter what the tobacco tastes like when the rest of cigar isn't bunched properly, a conclusion that is never fun to end a review with.