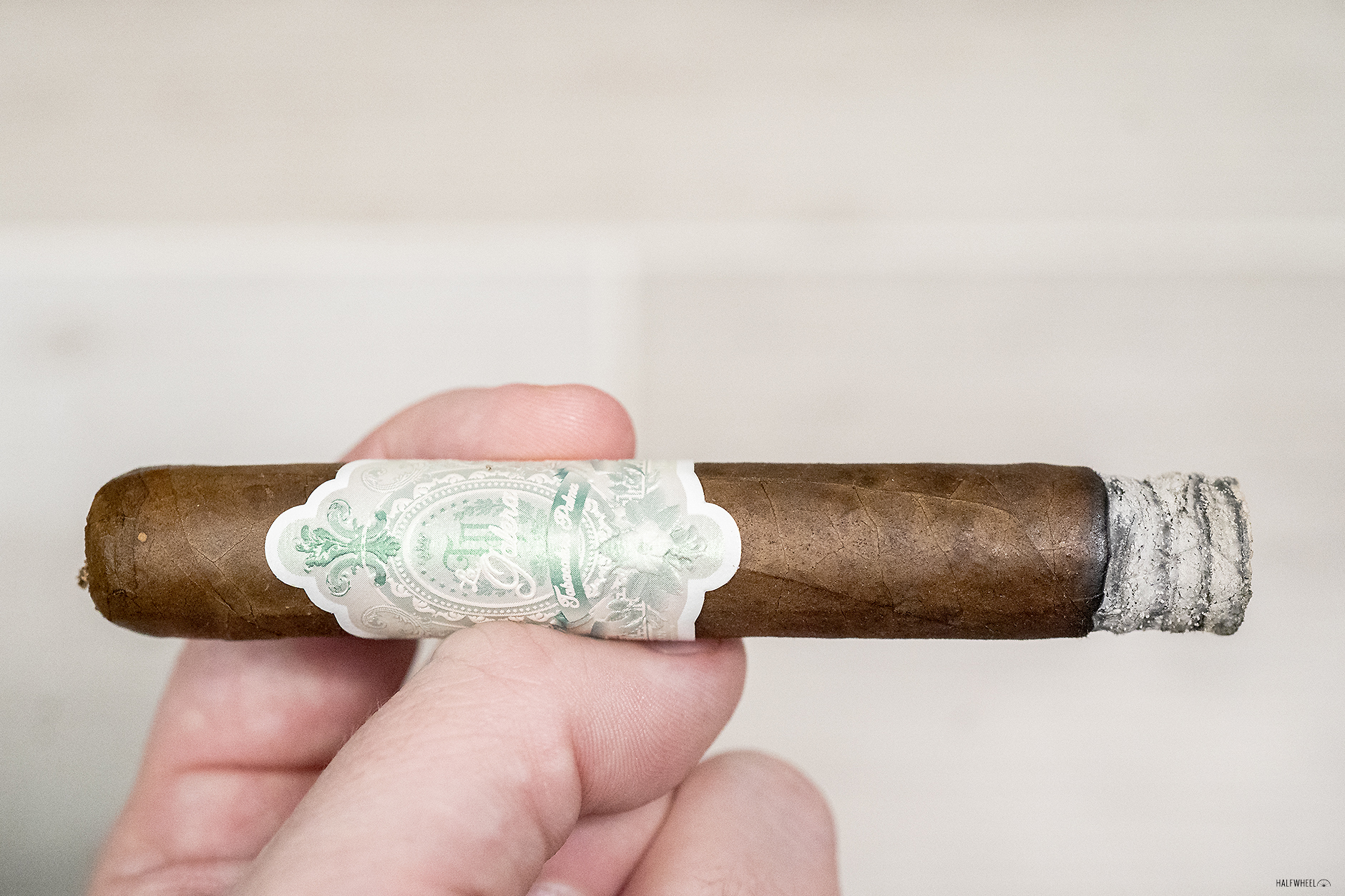 We certainly pay attention to trends in the cigar industry on this website, everything from different cities and states introducing similar legislation to how cigars are being released. While I don’t know if I would call this particular thing a trend, I seem to be writing the word Cameroon a bit more in recent weeks, and I’m certainly glad about it.

For the blend, José “Jochy” Blanco and the team at Tabacalera Palma pair the wrapper with a Dominican-grown criollo binder from Tabacalera Palma’s Jacagua farm, along with piloto cubano filler from that same farm and Dominican criollo 98 from the company’s La Canela farm.

After being shown off at the 2021 PCA Convention & Trade Show, the La Galera Imperial Jade began arriving on store shelves in October, a little over a month over its originally scheduled date.

It is offered in five sizes: The La Galera Imperial Jade is being released in five sizes: 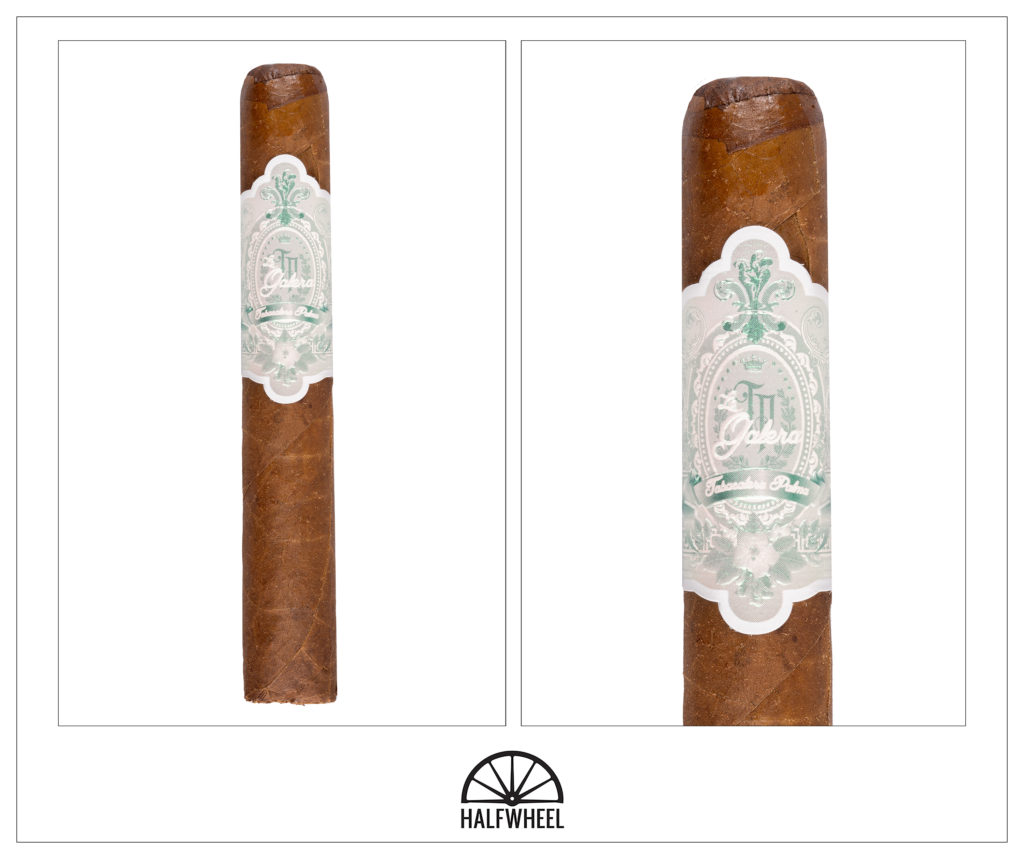 I readily admit that I’m not great at looking at a leaf and telling you where it might be from or what varietal it might be, a point I raise because I don’t know that I would be able to tell that this cigar has a Cameroon wrapper. It does have a lightly mottled shade of brown that suggests its origin, but nothing immediately screams the word Cameroon. The veins are small but easily visible, while some very small tooth takes a bit more effort to see clearly. There are spots of oiliness, but the wrapper generally feels fairly dry on the fingers, with that tooth helping to provide a bit of texture. The cigar is rolled firmly, and given the wrapper, I’m not going to test it too much, but a simple squeeze reveals there isn’t much if any softness to find. One sample has a small crack at the foot, and that’s all the reminder I need that the leaf is fragile. The foot has an interesting aroma as it is fairly complex and intertwined, so I find myself trying to deduce what all is at play. There’s some fragrant woodiness, a very subtle touch of red chili pepper flakes, and a cool, slightly creamy body that seems to envelop everything. It is fragrant both in the vein of perfume and food, yet not quite fitting either one of those headers. The cold draw is on the firm side and fairly restrained with flavor. There’s a bit of red apple leading a soft body that is somewhere between earthy and reminding me of a cake donut.

The La Galera Imperial Jade Robusto starts off with a hit of black pepper before showing some herbal tea notes and more of the soft textured body, not an explosive start but a vibrant one. Retrohales are much more vibrant with a nose-tingling white pepper that seems accented by some sort of spice or possibly red chili pepper flakes, yet doesn’t pack the heat that the red chili pepper flakes would suggest. By the one-inch mark, it’s turned into a pretty impressive profile that shows a range of peppery sensations yet doesn’t become overly peppery unless I try and back-to-back retrohales. The real question for my mind though is the Cameroon-esque flavors, which have various impacts on the first third’s flavor. The red pepper certainly seems to be attributable to the Cameroon tobacco, though the sweetness I associate with Cameroon isn’t yet part of the profile. The supporting notes of the profile are good if not very defined, a soft, doughy flavor that seems almost designed to stay out of the way of the pepper. The final puffs of the first third see the spiciness of the blend pick up alongside an increase in earthiness, which gives the cigar an impressive uptick in the vibrancy of the flavor, now sitting closer to medium-full, while body is medium-plus and strength is medium. Construction is absolutely fantastic, particularly the razor sharp burn line or the seemingly rock-solid ash. 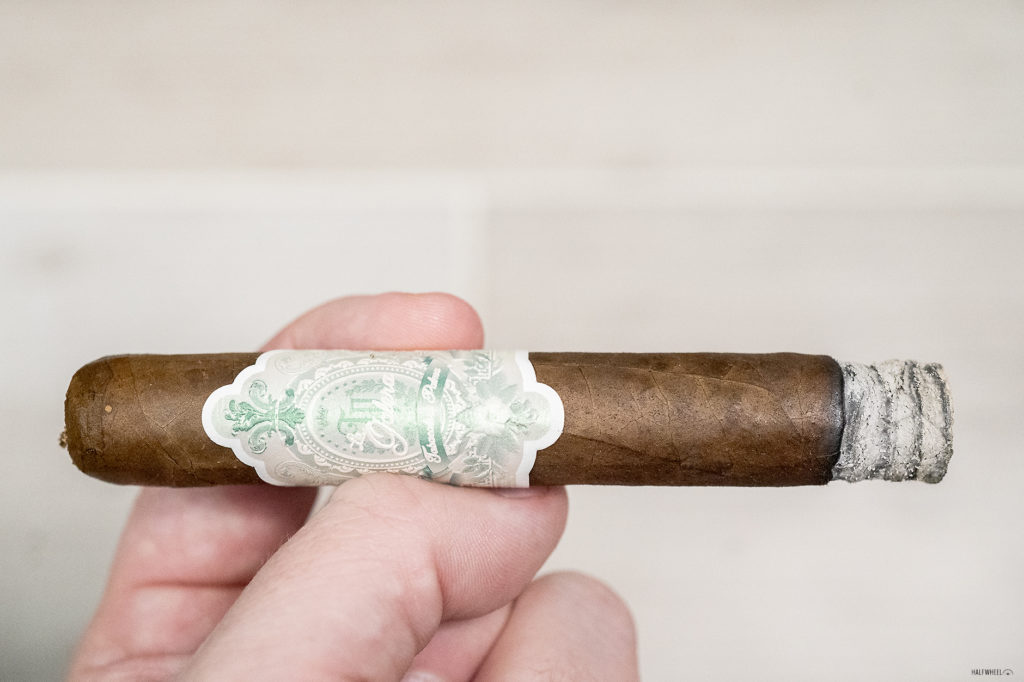 After seemingly building towards a dry and peppery profile at the end of the first third, creaminess begins to enter the profile to put the brakes on that plan. It’s not a consistent sequence, as one sample seems to introduce the creaminess a bit earlier and then the earth. What pepper had been destined for the palate in the first third seems to have detoured—or at least pulled over for a bit—yet the retrohales still get plenty of it. While puffs are initially subtle in flavor, they begin to unpack on the finish, revealing a bit of cedar and a tangy flavor that is reminiscent of my baseline flavors of Cameroon tobacco. That means a sweet and spicy flavor, though neither are bold or overly intense on the tongue, yet continue unpacking when the ambient smoke makes its way into my nose. The cigar is certainly quite enjoyable but also feels like it might have even more to offer as the flavors feel a bit dense and compacted, something that might be resolved either with a bit more time or possibly a slightly more open draw, as the physical sensation of the firm airflow reinforces the idea that things aren’t quite loose and warmed up, to borrow a sports term. It’s a somewhat conflicted assessment given the vibrant and peppery retrohales, yet the more puffs I take and the more samples I smoke, the more it feels like this is the case. Creaminess returns, along with a very soft and rich white bread flavor, almost that of a warmed dinner roll, or even a King’s Hawaiian roll. Construction and combustion continue to be outstanding, while flavor is medium-plus, body is medium-plus, and strength still closer to medium or maybe even a tick shy of that mark. 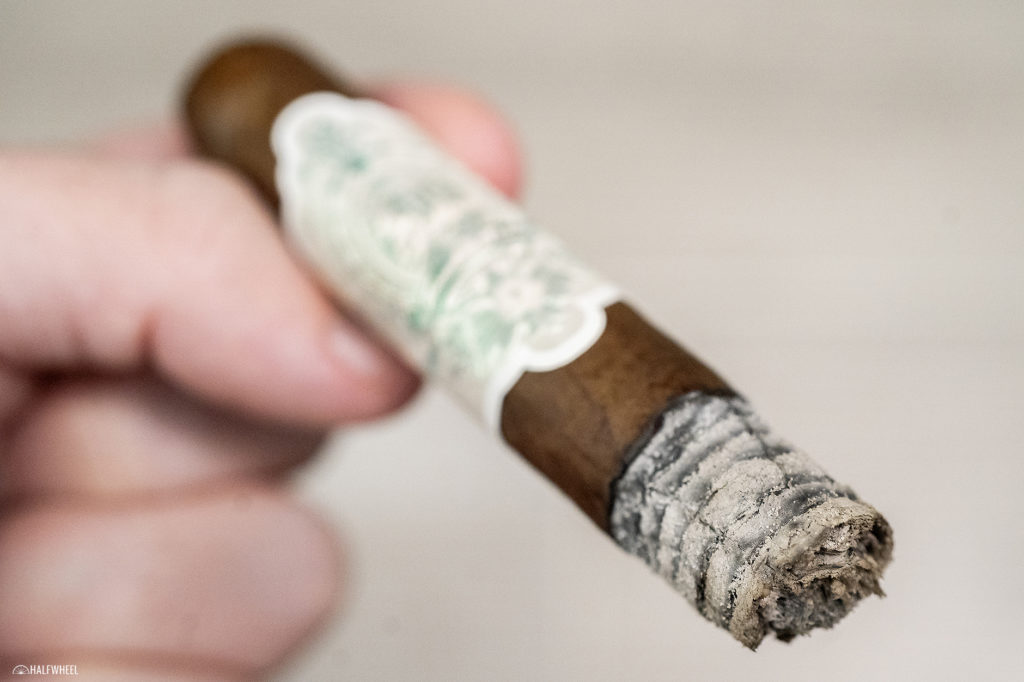 As the La Galera Imperial Jade Robusto begins its final third, I’m finding myself searching for flavors, as while the body of the smoke is a hearty medium-plus, the flavors feel like they are struggling to rise out of that body. It’s a soft and doughy flavor, but pepper seems to still be largely on hiatus, as does the sweet and spicy flavors that I’d attribute to the Cameroon wrapper. A bit more cedar comes out of the profile, though with a bit sharper sensation and damper expression than it had earlier. A bit of earth then emerges and brings with it a somewhat gruff black pepper, heartier and heavier on the palate than what I’ve experienced to this point. The flavor continues to get a bit gruffer as the final third gets going, with a rougher, dry earth really pushing itself into the lead role of the profile. There is still some red pepper flakes in the mix, though the creaminess has departed and whatever bits of sweetness the cigar might have been trying to show to this point have seemingly given up their fight to join or influence the profile. Heat only become a factor right at the very end, allowing me to stretch the smoking time to right around two hours. 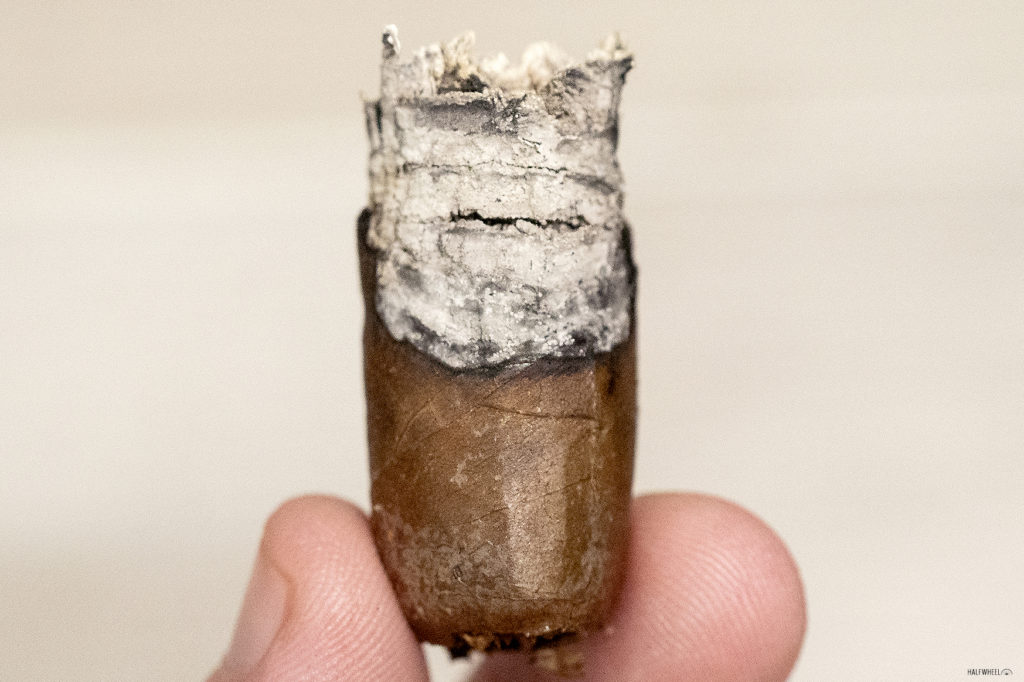 The La Galera Imperial Jade Robusto is an impressive cigar at the moment, but as I noted throughout the review, it still feels like it has a lot more to give. The red chili pepper is one of the main things that stands out from this cigar, and even though it’s not an inherently peppery cigar, that aspect is a good indication that the Cameroon wrapper is contributing to the profile. Yet the full complement of flavors—particularly sweetness—really seemed to be struggling to shine through. I’m also inclined to think that while the Dominican binder and filler are doing a good job contributing a creamy and earthy base profile, they too have more to add to the blend. Beyond the flavor, the construction on all three cigars was nearly flawless, though I wouldn’t have minded a slightly more open draw to help mitigate the feeling that the flavors were still quite compact. If this cigar can open up its flavor profile a bit more, this cigar could become really good. For now, I'm happy to enjoy it as is while waiting to see how things progress.