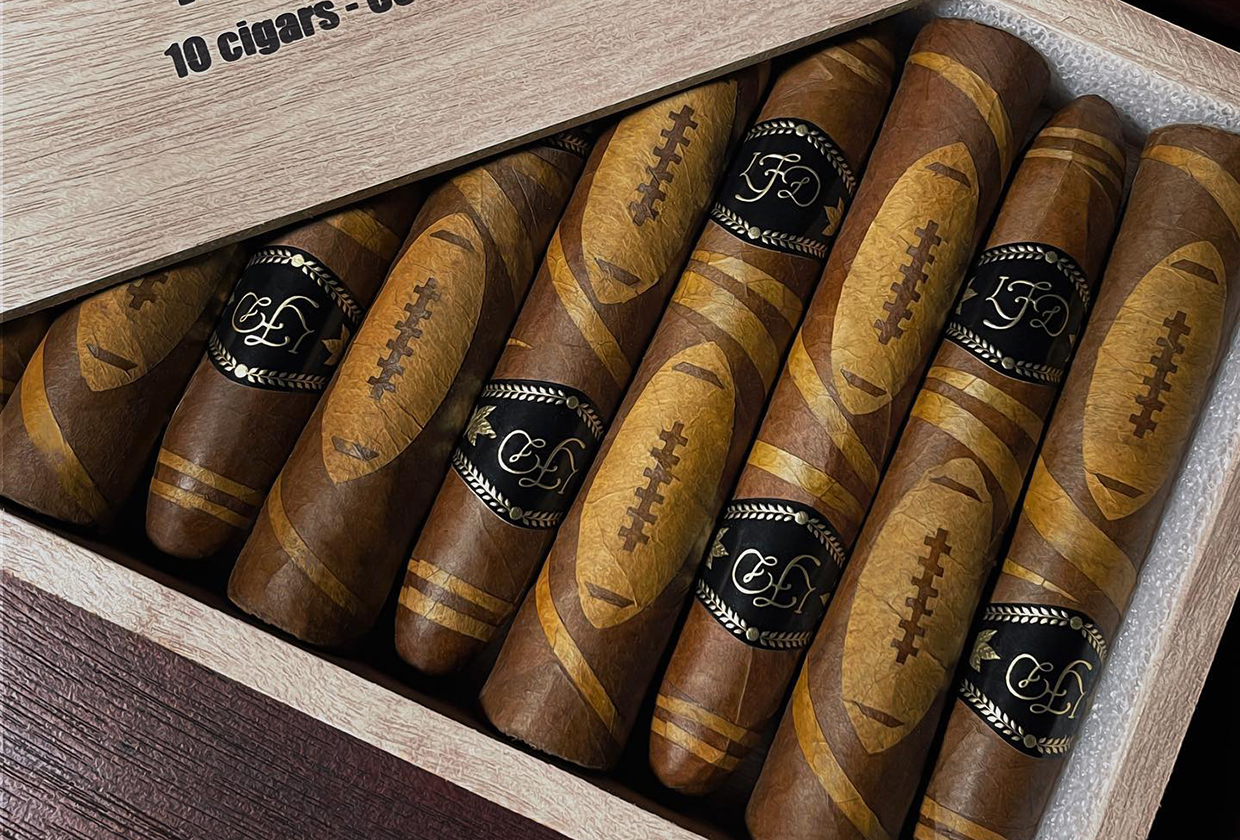 La Flor Dominicana will once again be celebrating the end of the NFL season with a new Special Football Edition, which will soon be available at retailers in California.

The La Flor Dominicana Special Football Edition 2022 is a 5 1/2 x 63 figurado, the same vitola that was used for the 2021 version, and like previous editions, features the design of a football made from tobacco leaves as well as decorative strips of tobacco. The blend uses an Ecuadorian habano wrapper with shade-grown Connecticut accents, while the binder and filler are both Dominican. It’s the same size and basic blend details from last year, though the crops of the tobacco have been changed. The La Flor Dominicana Special Football Edition debuted in 2015 and has added a cigar every year since, with distribution almost always limited to the state in which the Super Bowl is played that year, though there have been years when it was offered to retailers in the home states of the teams playing in the game. This year, with Super Bowl LVI being played at SoFi Stadium in Los Angeles, that means it will be limited to retailers in California. A total of 900 boxes of 10 cigars have been produced for this year’s release, with an MSRP of $170 per box or $17 per cigar, before taxes. Those cigars begin shipping to stores this week. This marks the 2nd time that the La Flor Dominicana Special Football Edition will be available in California; the first was the 2016 edition since Super Bowl 50 was played at Levi’s Stadium in Santa Clara.