For this year’s version, quite a few things were changed compared to previous versions, including a new 6 1/2 x 52 box-pressed toro extra vitola, as well as 50 more cigars released compared to the 2015 incarnation. In addition, while the components remain the same, the blend is completely different than past versions, incorporating a Connecticut broadleaf wrapper, a Sumatra binder along with Dominican and Nicaraguan fillers that were rolled at Tabacalera La Flor S.A. in the Dominican Republic. A total of 750 cigars were released in boxes of 10 that sold for $87 each.

There have now been four releases in the Texas Cigar Festival Series. 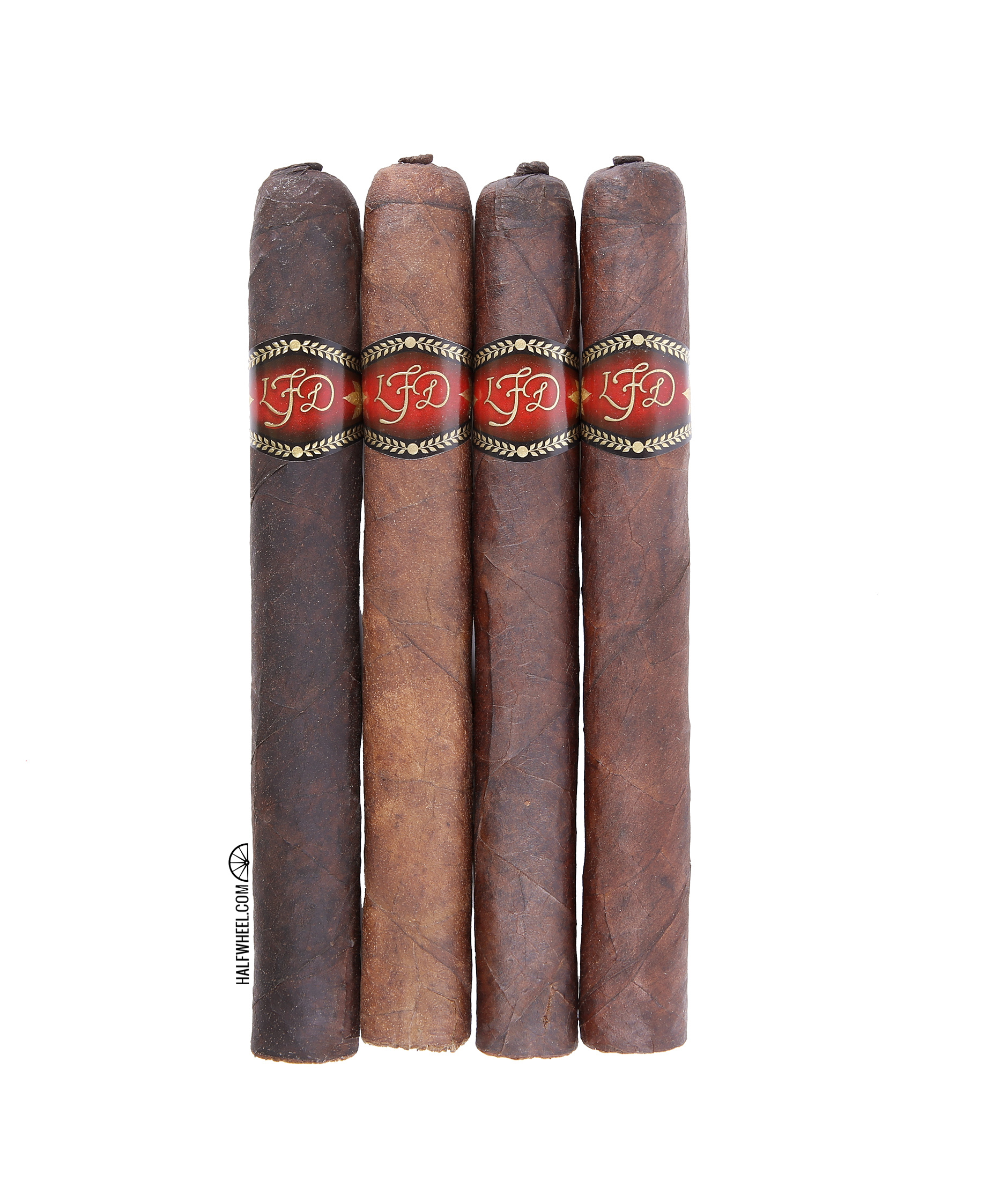 As with quite a few La Flor Dominicana cigars, the cigar is covered in a thick, dark expresso brown wrapper that is exceedingly rough to the touch. There is an abundance of oil as well as a lack of any obvious veins, and the cigar is just a touch hard when squeezed. Aroma from the wrapper is a combination of sweet oak, leather, dark chocolate nibs and manure, while the cold draw brings flavors of rich hot chocolate, earth, creamy wood, black pepper and a touch of citrus.

The La Flor Dominicana Texas Cigar Festival 2016 starts out with a nice earth and creamy cedar base, interspersed with flavors of leather, hay, barnyard, cashews and anise. There is a wonderful burnt brown sugar sweetness noticeable on the retrohale, along with some black pepper, and I am also picking up some slight spice on my tongue. The draw is excellent so far, with a close-to razor sharp burn, and the smoke production is massive off of the foot. The overall strength starts off fairly light—especially for a La Flor Dominicana blend—and while it does begin to increase, it fails to reach the medium mark by the end of the first third. The burnt brown sugar sweetness increases in the second third of the La Flor Dominicana, and I start to pick up a slight citrus note as well as at continuation of the black pepper. The dominant flavor shifts to a creamy leather note, followed by dark chocolate, coffee beans, gritty earth, cedar, hay and tobacco. Construction-wise, both the burn and draw continue to impress, while the smoke production actually increases a bit compared to the first third. The strength increases noticeably starting around the halfway point, and ends the second third past the medium mark and still rising. Although the burnt brown sugar sweetness is still present in the final third of the La Flor Dominicana Texas Cigar Festival 2016, the amount is noticeably reduced compared the the second third, as is the black pepper on the retrohale. The profile shifts again, with a espresso bean note now the dominant flavor, interspersed with other flavors of creamy leather, oak, cocoa nibs, grass, citrus and slight dark fruit. The burn and draw remain excellent until the end,and the overall strength ends up hitting a point very close to the full mark before I put the nub down with about an inch left. I have smoked at least one of each year’s version of the Texas Cigar Festival over the years, and there is no doubt that the newest incarnation is noticeably sweeter than other versions I have tried, albeit with roughly similar strength. The profile is complex throughout the cigar, with a wonderful burnt brown sugar sweetness and ever-present black pepper combination that really set off the rest of the flavors nicely. While the strength does get a bit overwhelming by the end of the cigar, the construction is excellent overall, making this a cigar I can easily recommend if you can find them.