In March the Tobacconists’ Association of America, Ltd.—or the name you might be more familiar with, TAA—held its 48th annual convention.

Leading up to the convention, we started seeing all the different announcements for the 2016 TAA releases, one of which was from La Flor Dominicana. With TAA releases becoming a staple for many manufacturers, we tend to see them stick to a blend and size of their choosing, usually mixing up one or the other from year to year. La Flor Dominicana does it a little differently, as they did with the TAA 47, asking TAA members to smoke three different sizes of this year’s blend—a 5 1/2 x 50, a 6 x 54 box-pressed and a 6 1/4 x 60—and letting the retailers vote on what size they liked best.

Once the votes were tallied, the consensus was for the 6 x 54 box-pressed size, which should be shipping to the TAA retailers that ordered them by the beginning of May. The dark brown wrapper of the TAA 48 kind of allows the black and gold LFD band to blend right in instead of producing any contrast like last year’s regular red, black and gold band. Soft and slightly oily to the touch, the cigar is firm with just a slight bit of give to it. Coming off the wrapper is a mild aroma, with just light notes of leather and earth. The cold draw however, is much more flavorful, with raisins, earth, charred oak and coffee showing up.

Starting into the first third, a big pepper note pops up at the front, with some medium spice, a general sweetness and some musty oak following the pack. The burn starts quite even, not quite perfectly sharp, but impressive enough to make note of it. Dense ash holds on to well over an inch, not even hinting at wanting to fall off before I roll it off into my ashtray. A coffee note has joined the fray along with sweet raisins in the background, both adding nicely to the existing notes of pepper, spice and the musty oak. Almost on queue as I move into the second third, I start having severe burn issues with an entire half of the cigar lagging behind, creating a 45 degree angle burn line. The spice note has grown significantly, almost seemingly demanding to be the center of attention, with the pepper, sweet fruits, coffee and musty oak all still in the room, but mostly standing around listening to spice’s story. While the burn luckily doesn’t seem to be affecting the profile, I’m still needing to nurse it along with my lighter every little bit, as it doesn’t want to cooperate or burn evenly on it’s own. 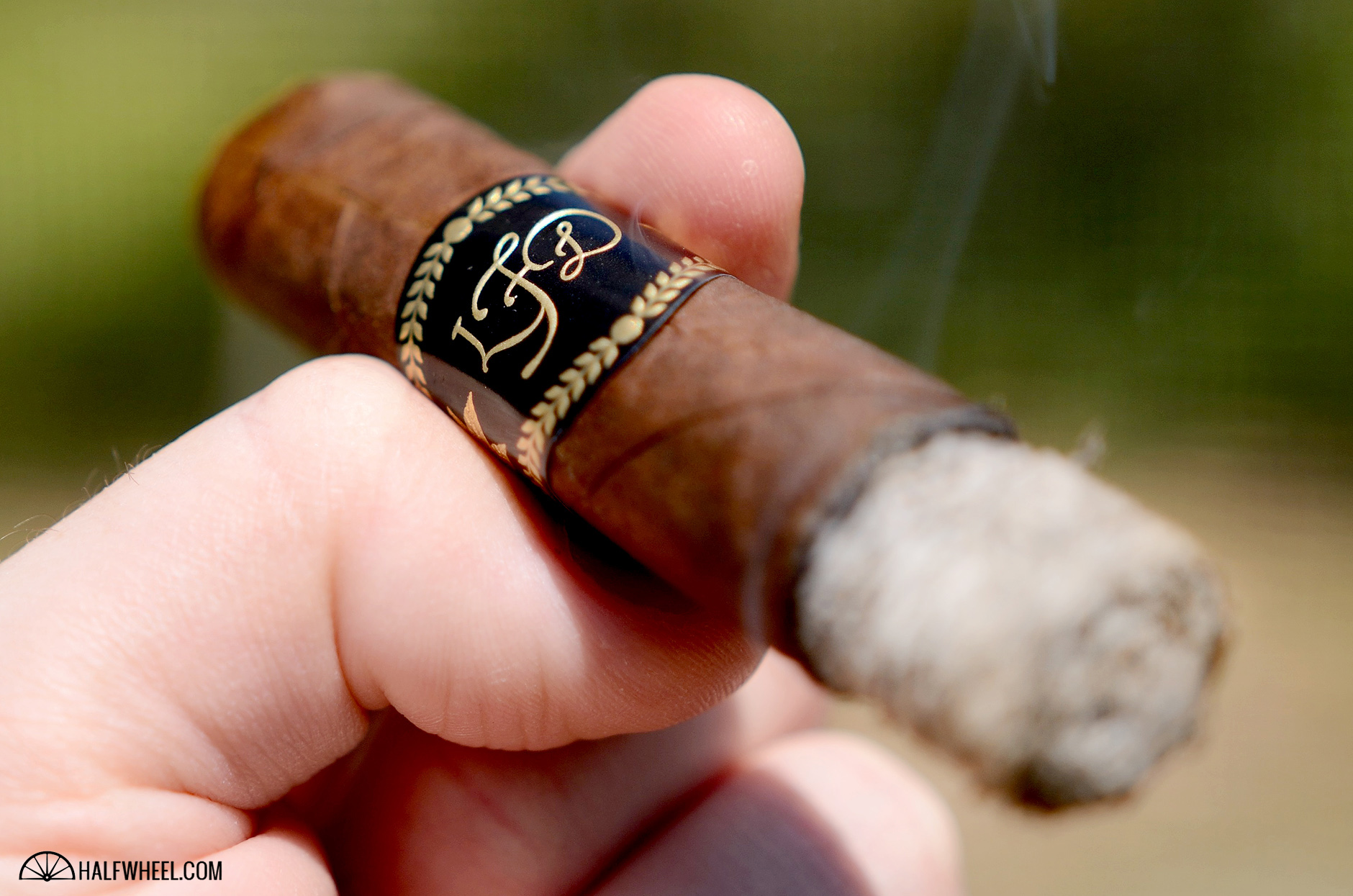 The final third doesn’t see much change in the profile, though the spice note has retreated slightly, creating a more even footing between the spice, sweet fruits, coffee and musty oak, while the pepper has faded into the background somewhat. The burn has started to act slightly better, though it still wants to trend towards a sideways burn line than anything else. As the LFD TAA 48 wraps up, the flavors continue to shine without any encroaching harshness that I would have expected from a cigar that has required as much touch-up help along the way. With special limited edition releases for TAA retailers somewhat of the norm now, and even some releases taking top spots in end-of-the-year lists, that doesn’t mean all the TAA editions are good. Thankfully, the La Flor Dominicana TAA 48 is definitely on the side of the good releases. Oddly enough, despite the frustrations with the burn, it didn’t seem to affect the profile negatively, as flavors shined and mixed wonderfully throughout the whole cigar. Unfortunately the score will end up suffering slightly because of the burn issues, but regardless it’s a cigar I can definitely recommend picking up once they hit the shelves.