At the 2015 IPCPR Convention & Trade Show, La Flor Dominicana introduced a cigar that was quite different than anything the company had released before, blended by Tony Gomez, the youngest son of owner Litto Gomez. Dubbed La Nox—Latin for the night—the cigar was packaged in a memorable round box that used magnets instead of traditional hinges to keep it closed. Internally, the blend of the Petite La Nox is the same as its bigger brother: a Cuban-seed Brazilian maduro wrapper leaf covering a Mexican San Andrés binder and filler tobaccos from the company’s Estancia La Flor de Palma farm in the Dominican Republic. However, unlike the first release, the smaller version is packaged in five-packs and retail for $4 less per stick at $11 each.

There have now been two releases in La Flor Dominicana’s La Nox line: 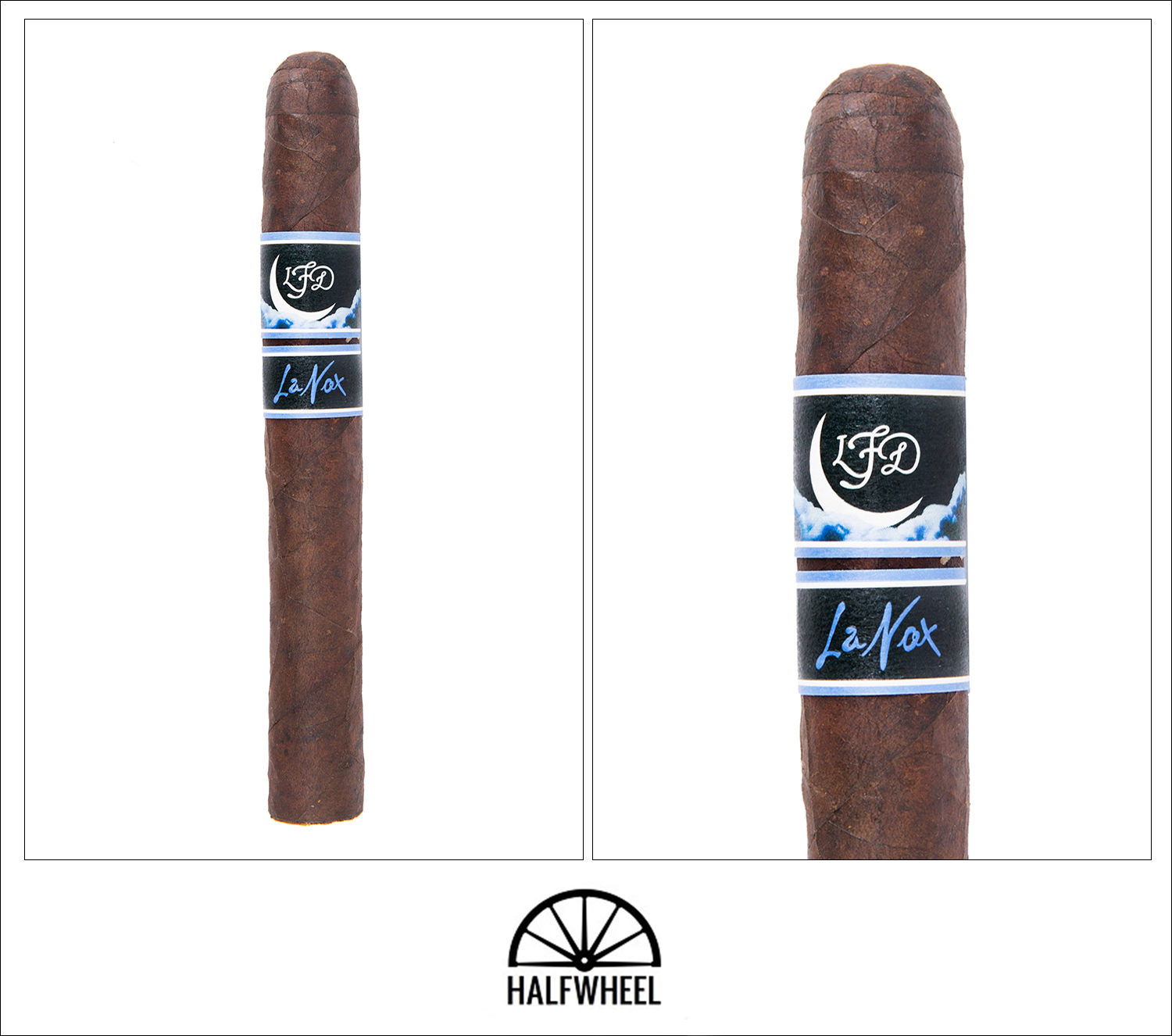 Compared to the first release, the newest incarnation of the La Nox is—dare I say it—positively petite, but shares the same dark brown wrapper as its bigger brother that is extremely rough to the touch. There are both an abundance of oil as well as an abundance of prominent bumps up and down the length of the cigar; it is just short of rock hard when squeezed. Aroma from the wrapper is a combination of barnyard, grass, oak, leather, black pepper and dark fruit sweetness, while the cold draw brings flavors of cinnamon, earth, salty nuts, black pepper and some significant spice on my tongue.

The La Nox starts off with a very intriguing dominant combination of both nuts and maple sweetness, both of which are accentuated by other notes of leather, cinnamon, aged cedar, bitter espresso beans and dark cocoa nibs. There is some significant black pepper on the retrohale as well as spice on my tongue, both of which don’t seem to be loosing strength as the first third burns down. Construction-wise, the draw is a bit tighter than I like, while the burn is a bit wavy, it is far from needing correcting so far. Smoke production is massive off of the foot from the start, and the overall strength is almost negligible at this point, although it does seem to be rising at the first third comes to an end. The maple sweetness present on both the retrohale and the palate only gets stronger in the second third of the Petite La Nox, combining with a secondary dominant flavor of roasted coffee. Lesser notes of creamy oak, dark chocolate, nuts, tart citrus and hay flit in and out, and the black pepper and spice that was so prevalent in the first third have seemed to reach their apex. The draw continues to be a bit tight for me—albeit within normal limits—while the burn has evened up nicely, becoming very close to razor sharp. Smoke production remains quite dense for such a small vitola, and the strength has taken a major step forward ending the second third on the mild side of medium. 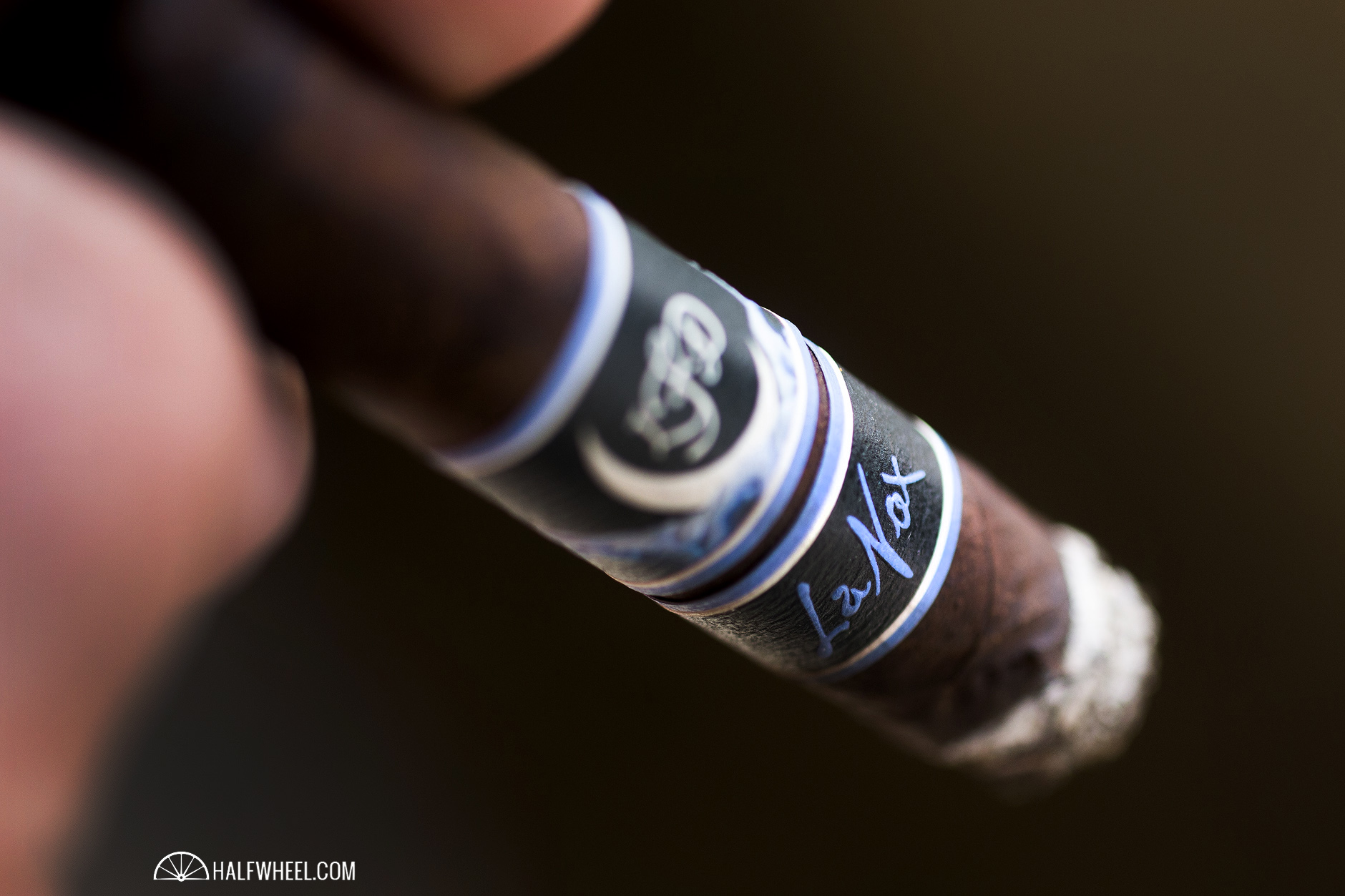 The dominant flavor combination of creamy cedar and cinnamon take over the top spot in the third third of the La Flor Dominicana Petite La Nox, with the maple sweetness not far behind and hay, cocoa nibs, earth, leather, peanuts, tobacco and baker’s spices bringing up the rear. While the black pepper and spice are both still very obvious, both are much reduced from their high point in the second third, and continue to recede as the final third continues to its conclusion. The overall construction is a carbon copy of the second third, with a draw that is slightly too tight and a burn that is close to perfect as well as an abundance of smoke. The strength does finally hit medium and even goes a bit further, but never threatens the full mark before I put the nub down with less than an inch to go. There is no other way to say it, the combination of black pepper, maple sweetness and a great vitola in the La Flor Dominicana Petite La Nox really makes for an extremely enjoyable cigar, and one that also features an excellent balance between flavor and strength. The amount of sweetness that is present throughout this blend—and this vitola in particular—is almost unbelievable and it coats not just your palate, but every other flavor that is present as well. I really loved the first incarnation—everyone at halfwheel had to, for it to take the number two spot in our Top 25 last year — and this version easily continues that trend: a great blend in a wonderful vitola that everyone should try as soon as possible.