That is what La Volcada, the feature release from La Flor Dominicana, directly translates to, though that’s not exactly what the cigar is about.

By now you’ve probably heard the explanation behind the release, it references a step in the tango dance, which originated in Argentina and Uruguay, the latter of which is where Litto Gomez, founder of La Flor Dominicana, grew up.

As for the cigar, it’s a 7 x 48 Churchill with a pigtail. It uses a Mexican San Andrés wrapper, an Ecuadorian corojo binder and Dominican fillers. 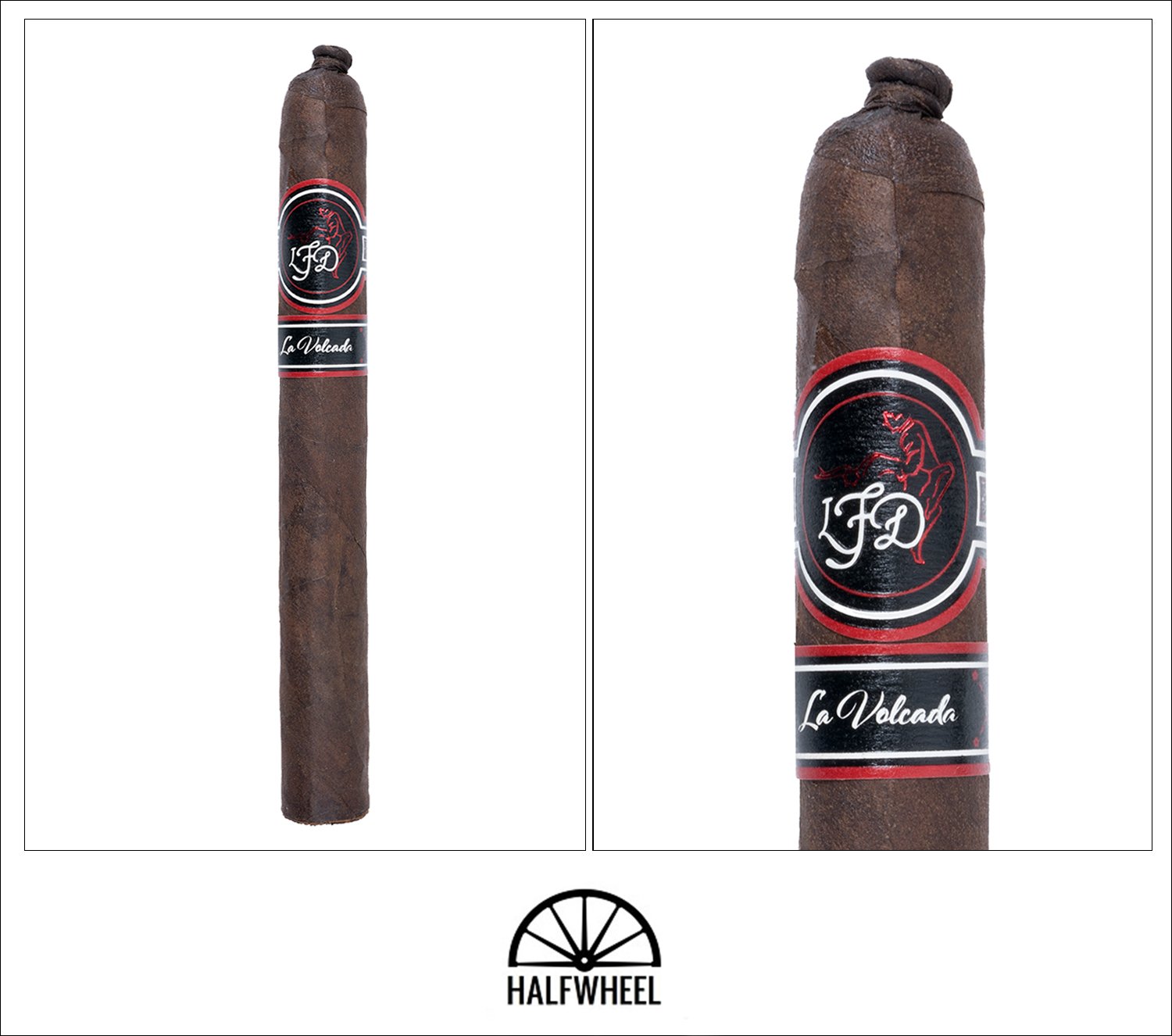 The wrapper is really soft, like well worn leather. It smells of leather, barnyard and some prunes, though it’s pretty mild. The foot is sweeter with oatmeal raisin cookies, some mole-like flavors, a touch of barnyard and some vanilla ice cream, overall at the medium-plus level. The cold draw reminds me of a caramel macchiato though there’s also some earthiness and cranberry juice. Construction-wise the draw is fine, though the flavor is only medium-plus in intensity.

The La Volcano begins quite similar to the cold draw, albeit without the dominating caramel macchiato flavor. Instead, it’s earthy and nutty with some cranberry sauce behind it. The flavor is medium-plus and once again, there’s no sign of pepper. As the first third progresses, the flavor intensity picks up to medium-full while the body and strength are medium-plus. The flavors are similar to the start of the La Flor: earthy and nutty with cinnamon. Fortunately, the retrohale is a bit more interesting with creaminess and lemon that reminds me of a hollandaise sauce. 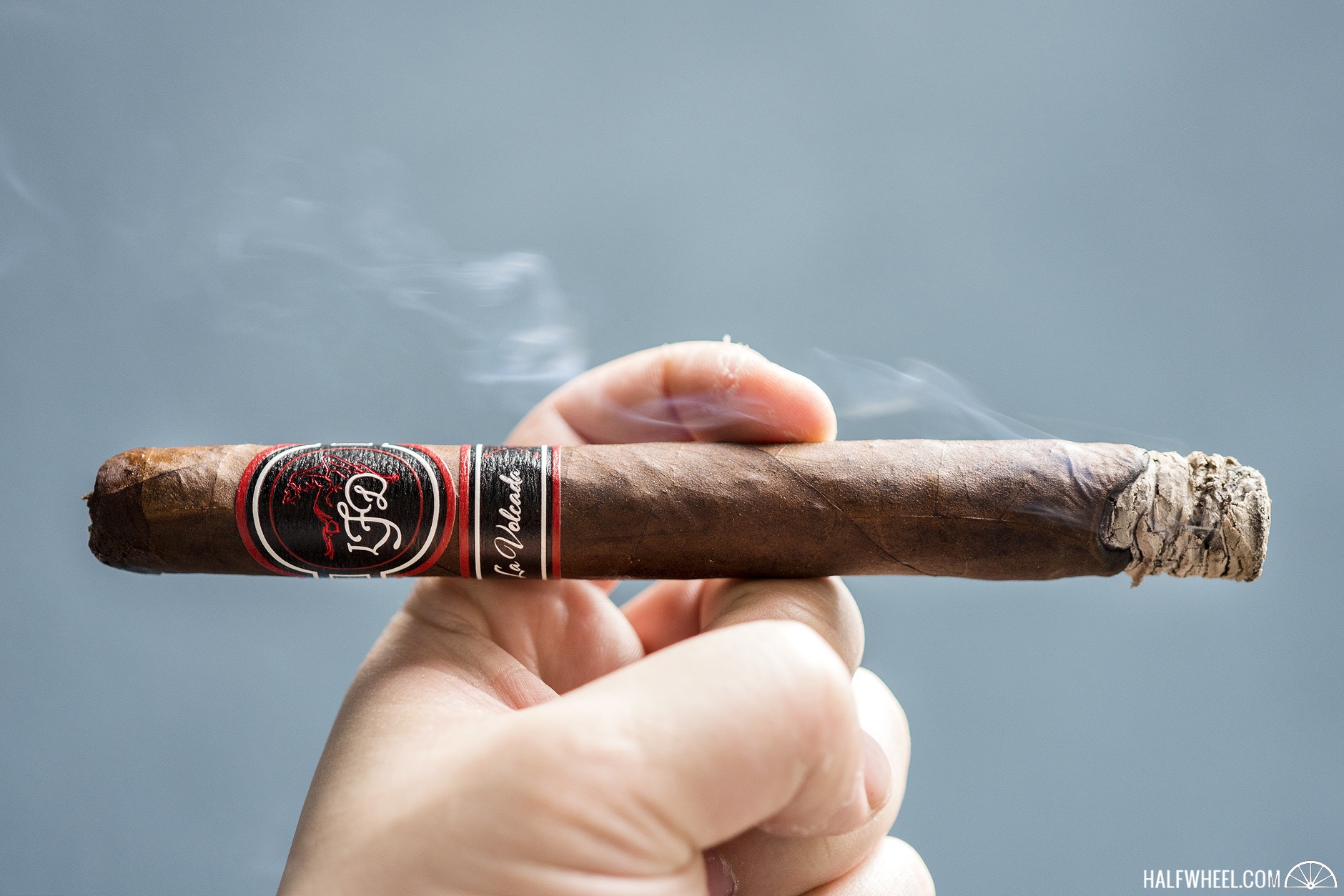 In just about every way, the La Volcada comes alive in the second third. There’s earthiness, sunflower seeds and pepper. The nuttiness that had been around from the first puff disappears right after the halfway mark. Flavor is now borderline full, strength is medium-full, though the body lags behind at medium-plus. All three cigars need a touch-up at some point in the second third: two because of reduced smoke production and one because of an uneven burn. 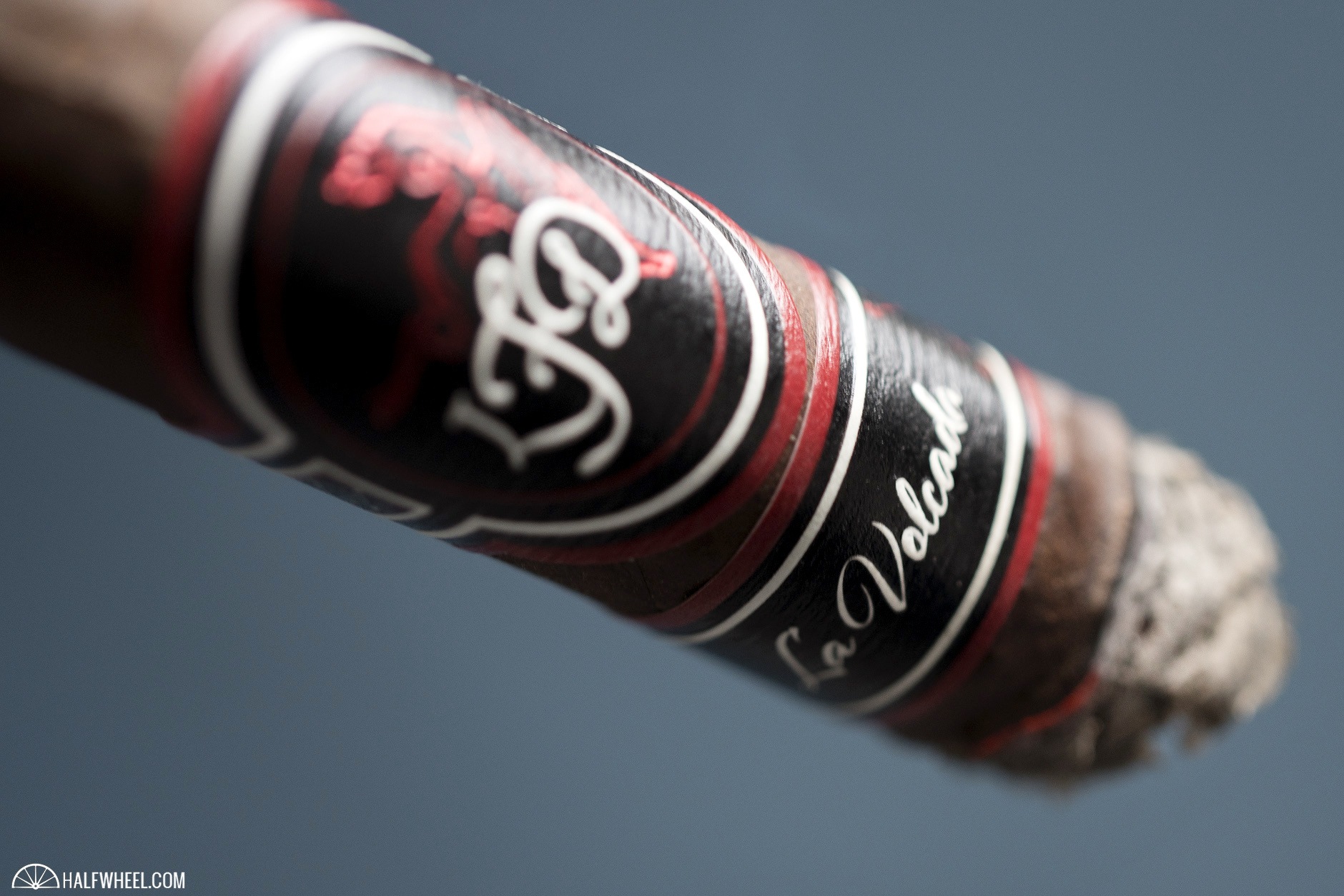 While the core earthiness remains for the final third, there’s some added complexity thanks to a salty bread, wet leaves and some hard candy exterior. The La Volcada also gets a lot spicier. Some of that is due to a growing red pepper sensation in the center of the tongue, but there’s also a lot of spice on the lips. Elsewhere things remain the same: flavor is almost, but not quite full; the body is medium-plus and strength is medium-full. 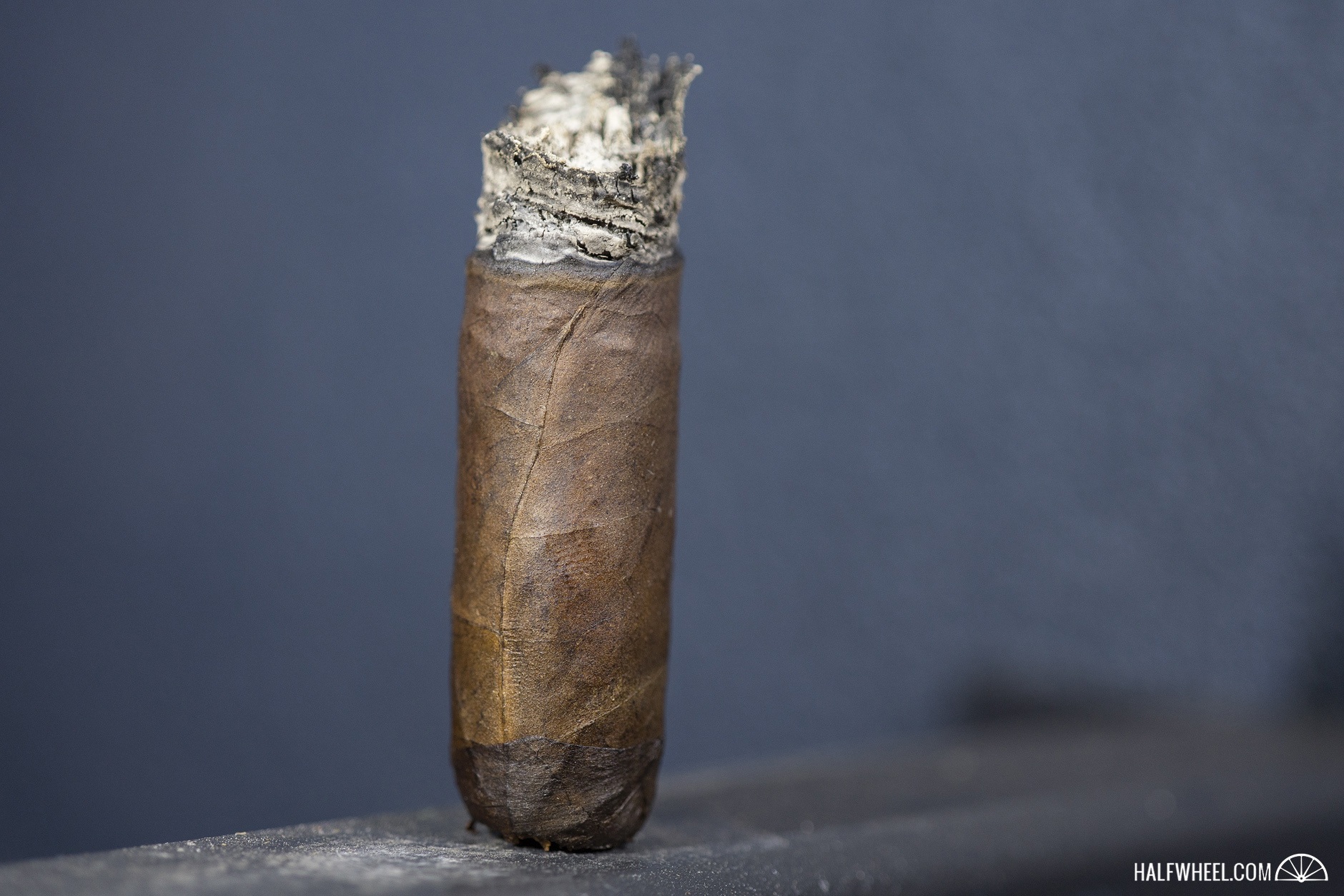 This is not a typical La Flor. It’s certainly missing the fuller body characteristics the brand is synonymous with, but it’s also missing quite a bit of the complexity that has led the company to finish in our top three cigars two out of the last three years. None of the flavors in La Volcada were bad, but they failed to create something that I found particularly harmonious. I’ll probably smoke a few La Volcadas from time to time because it's a decent to good cigar, but it’s far from my favorite La Flor Dominicana.