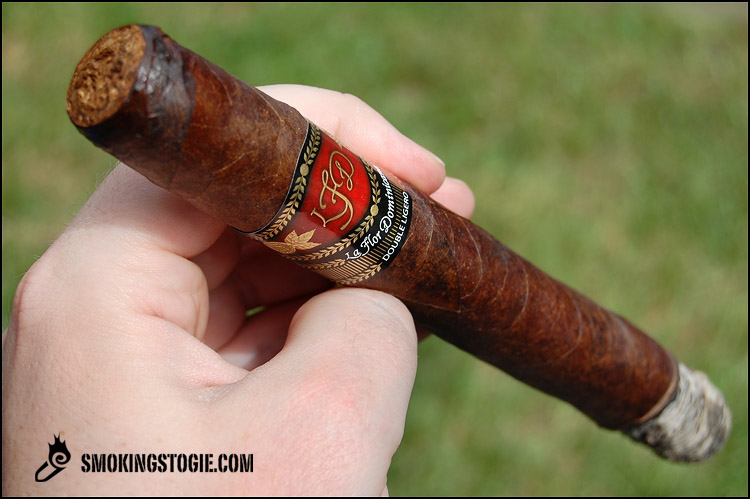 Today we will be taking a look at a cigar I have been putting off reviewing for a while now, the La Flor Dominicana Double Ligero Digger! The reason behind my procrastination is certainly not because it’s a La Flor Dominicana cigar but simply because of the sheer size of it! Coming in at a whopping 8 ½ Inches with a 60 ring gauge this might be the biggest premium cigar I have ever smoked! Let’s not forget that this is the La Flor Dominicana Double Ligero blend, so not only is it big but it packs a punch! The story behind this cigar is quite interesting to say the least.

The story goes that someone nicknamed “Digger,” who frequents Olde Town Tobacconist in Fredericksburg, VA, wanted a much longer La Flor Dominicana DL700. He was absolutely in love with the DL700 but wanted it to be roughly two inches longer. One day while Litto Gomez of La Flor Dominicana was passing through the shop, Digger got to sit down and chat with him and express his interest in this cigar saying, “Your DL 700 is the best cigar I’ve ever smoked! The only trouble is, for my taste, it’s about two inches too short. I’d like to see you make it two inches longer.” Well, a few weeks later when Olde Town Tobacconist got their La Flor Dominicana order in there was a box of cigars just for Digger, the DL700, only they were almost nine inches long! Word travels fast and soon enough Litto Gomez decided to make a limited production run of these special cigars and call them, Digger.

Since the release of the limited production Digger it has now become clear that these will be in fact a full production cigar and be introduced in that capacity at this year’s IPCPR in Las Vegas along with an Ecuadorian sun grown Natural version. So there will be two versions of the Digger on the shelves come late summer: the Maduro and a Natural. 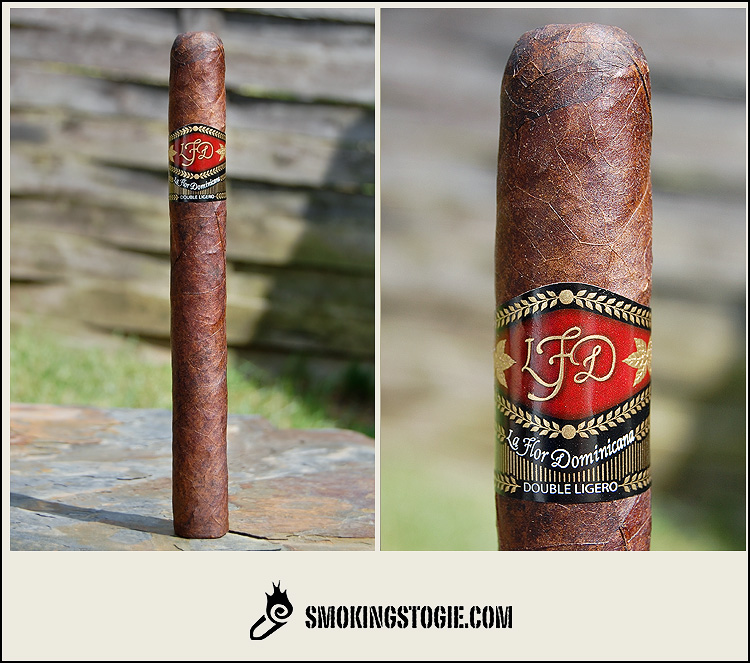 Visually this cigar is just massive; I mean it looks even bigger than it sounds! It has a dark, splotchy, Maduro wrapper with veins and tooth as well as a good amount of oil. The cigar honestly looks like it’s wrapped in a piece of wet leather. I am pleasantly surprised to find this doesn’t feel like it’s packed incredibly tight, it has a nice spongy feel to it. The cigar smells incredibly rich with a load of Leather, cedar, hay, coffee and chocolate, just a ton of pre-light aroma coming off it with a lot of sweetness at the foot. The pre-light draw is mellow with cedar and a sweet leathery, chocolate flavor. There is a faint hint of pepper and spice as well.

Starting off in the First Third I was met with everything I have come to love about La Flor Dominicana, Spice and full flavor! Right away there is a good amount of spice which tingles on my lips and through my nose and down the back of my throat, it’s a signature spice for La For Dominicana with a nice cayenne type heat which almost creates a very faint numb like tingly sensation. There is a lot of flavor right away: cedar, cocoa and leather with a really nice straight tobacco character. Midway through the first third I get some nice earth notes as well as a burnt caramel sweetness on the palate, the finish is long with some pepper, cedar and earth.

Coming into the Second Third the cigar levels out nicely with incredible smoothness and balance. The leather really amps up and the spice and pepper die down a touch but the cigar is definitely full bodied with a medium-full strength. The ash falls off after and inch or so each time but the draw is great, maybe even a little loose and the burn is near perfect so far. 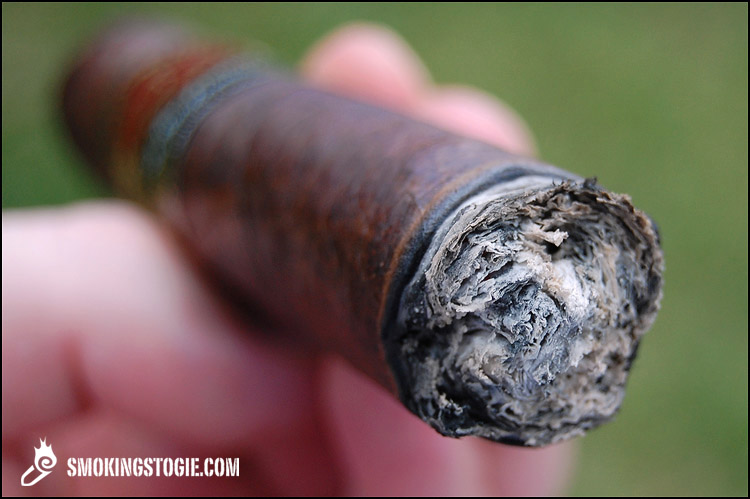 Finishing up in the Final Third the cigar doesn’t change up a whole lot from the last, Still a profile of cedar, cocoa, leather, earth and that spice and pepper. It’s enjoyable with a long finish and great construction. The cigar is definitely full bodied and full strength at this point and you definitely start to feel the nicotine buzz but I didn’t need to throw up or anything. 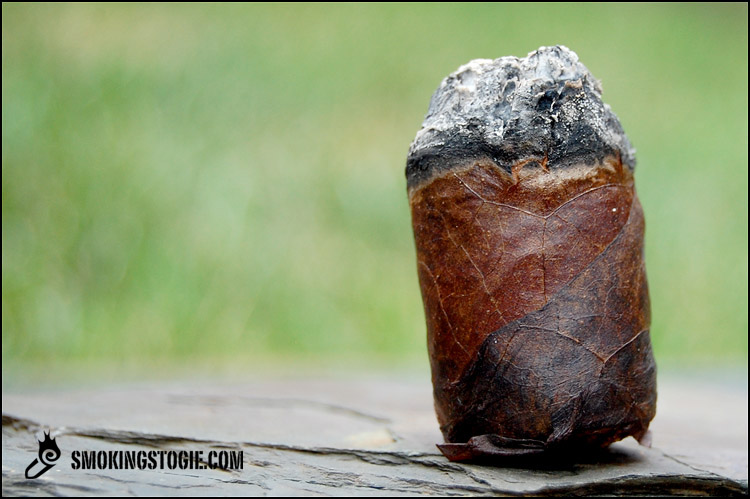 The Bottom Line: In all honesty I probably won’t ever smoke another one of these and that’s not because it was a bad cigar, it’s simply because I only see it as a novelty cigar. It’s way too big for my liking and even if I had three hours to kill I would rather smoke a few robusto’s or Corona Gorda’s. I have a hard time picking up a 6 x 60 let alone this monster! That aside it’s a great tasting cigar with all the classic La Flor Dominicana Ligero aroma’s and flavors. If you haven’t tried one I would at least try it once because it is kind of fun and interesting so smoke something so massive and have it be a decent cigar and not some generic bundle cigar. All in all it’s a great cigar but the size alone is only going to target a small minority of people and I’m not one of them.