In a market crowded with thousands of offerings, there will always be great products that for whatever reason, don’t sell or attract enough of an audience and have to be discontinued. The cigar world is no different, and if you ask any seasoned smoker or retailer, almost anyone can come up with a cigar that they really liked but for whatever reason is no longer available today.

Such seemed to be the case of the Coronado by La Flor Dominicana, a cigar that was released to generally rave reviews when it was released in the summer of 2006. It was full and powerful, complex and flavorful, and with its reasonable price seemed to be destined to find a consistent place among the company’s most popular cigars. Yet it lacked one thing: the La Flor Dominicana branding.

While the Coronado did garner a following, it never seemed to gain enough of one, being glanced over in humidors even though it sat right next to other LFD cigars, and as the industry grew and choices became more abundant, it had a harder time sticking out, let alone identifying itself as a cigar made by one of the modern masters of full-bodied cigars, Litto Gomez. In November 2013, LFD announced that the Coronado would be discontinued along with 28 other products. 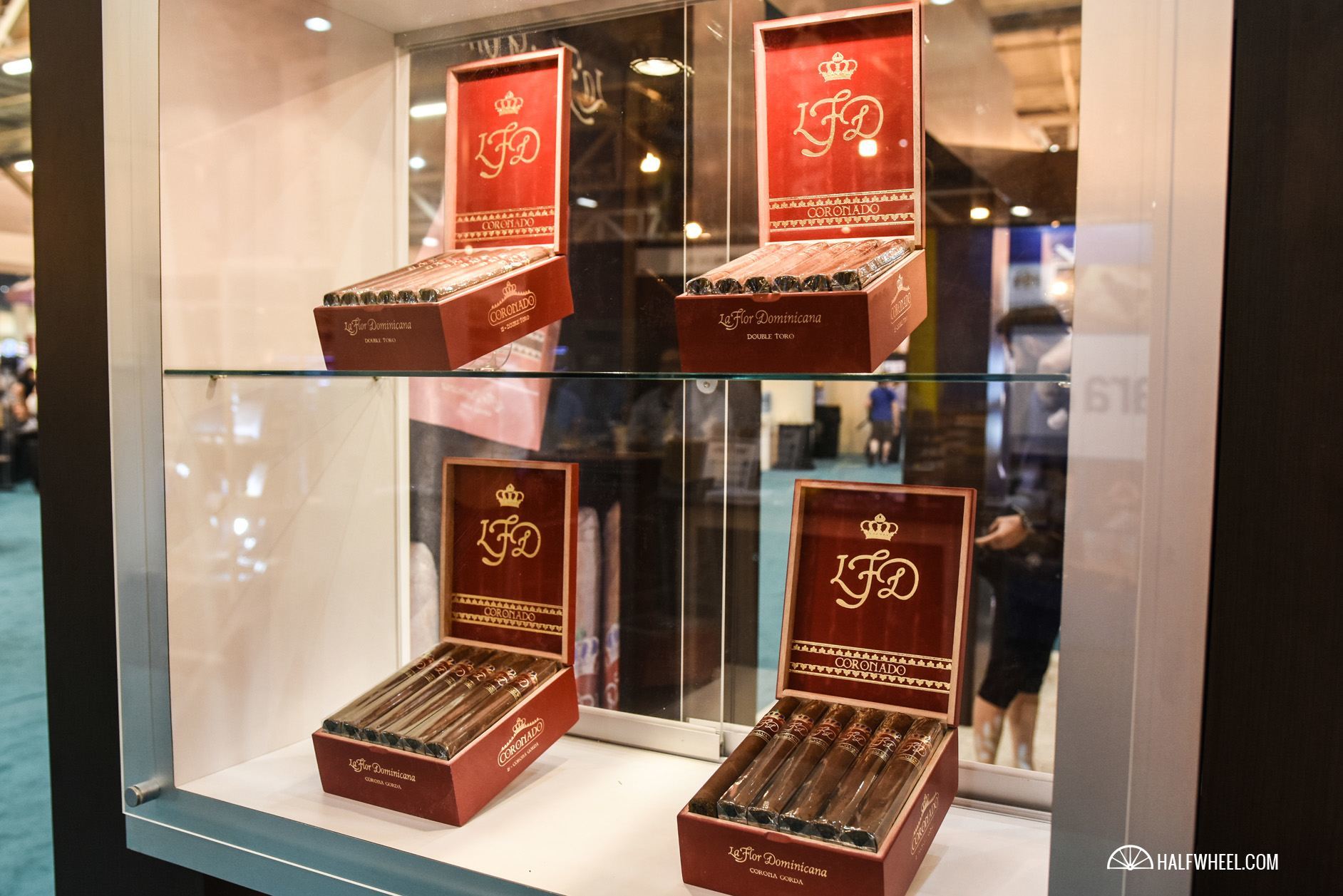 But while it appeared that a great cigar might be lost to history, La Flor Dominicana announced this summer that it was coming back with a new look, and at the 2015 IPCPR Convention & Trade Show, Coronado was back with a new, very LFD-centric presentation. 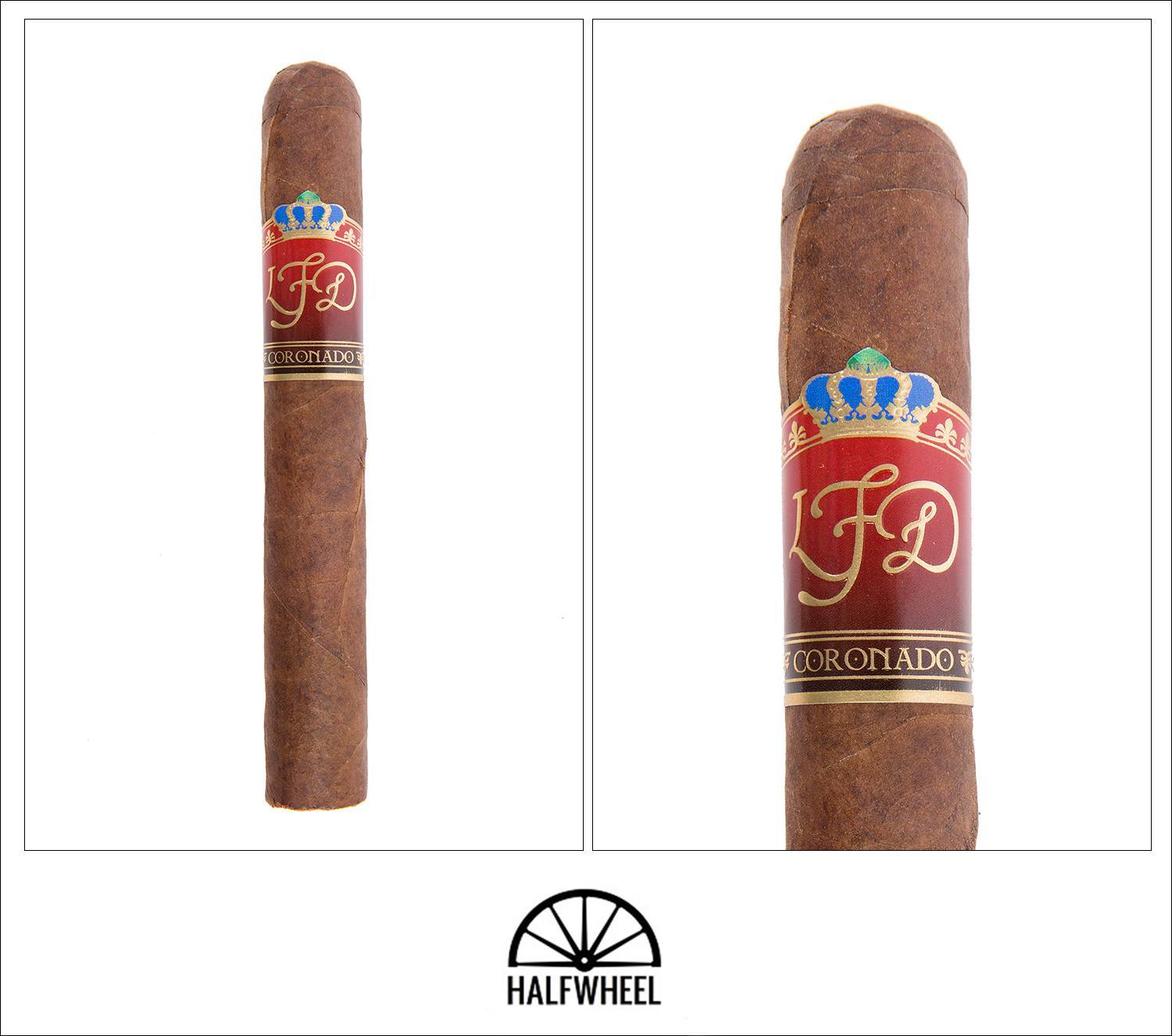 Given that the relaunch of the Coronado comes in with an attempt to more closely associate it with La Flor Dominicana, it makes sense why the cigar features the LFD mark so prominently on the band, making it impossible to not know the maker of this cigar. The Coronado name is still featured on the bottom, with the blue and gold crown bringing the name to life on the top of the band. Even more impressive is how the main colors in the band match the cigar so well, as the the wrapper has a hue of wet brick that gives it an incredibly distinctive color and vibrance, with just a few small veins found on any one cigar. This certainly feels like the band was designed for the wrapper, with the designer(s) likely having a few pieces of tobacco or finished cigars at their side while picking colors. I find myself coming up empty from the cold draw on most samples, as there simply isn’t anything that stands out for me other than a bit of wood and peanut butter. It’s better on the cold draw as air moves without issue and brings a bit of leather, tea, wood, peanut and a very small touch of sweetness.

There’s no formalities or pleasantries from the Coronado as it wants to get right to business as soon as the foot is lit, delivering a fairly biting mix of black and chili pepper that leaves a lasting tingle on the tongue, while backing notes seem to alternate between wood and beef, but both get overshadowed by the pepper that continues to build in the first puffs. Given what it’s offering the palate, I’m almost hesitant to take my first retrohale, and while very punchy with a leading note of table pepper, it’s not quite as strong as I feared. While the pepper stays strong through most of the opening inch, it begins a fairly quick regression and clears the way for a surprisingly subtle flavor, slightly earthy and with a bit of leather but far from overpowering. The reduction in pepper also allows me to focus more on the texture of the smoke, which is incredibly light while without feeling thin or lacking. What doesn’t go away at all is the pepper in the nose, as each retrohale is as peppery—if not more so—than the one before it. As the flavor begins to return it’s led by a bit of chalk and peppery earth, again far from overpowering but making its way to more prominence. The draw is smooth and effortless with just a touch of resistance, with an even burn line revealing a light grey ash that holds on for about an inch at a time. 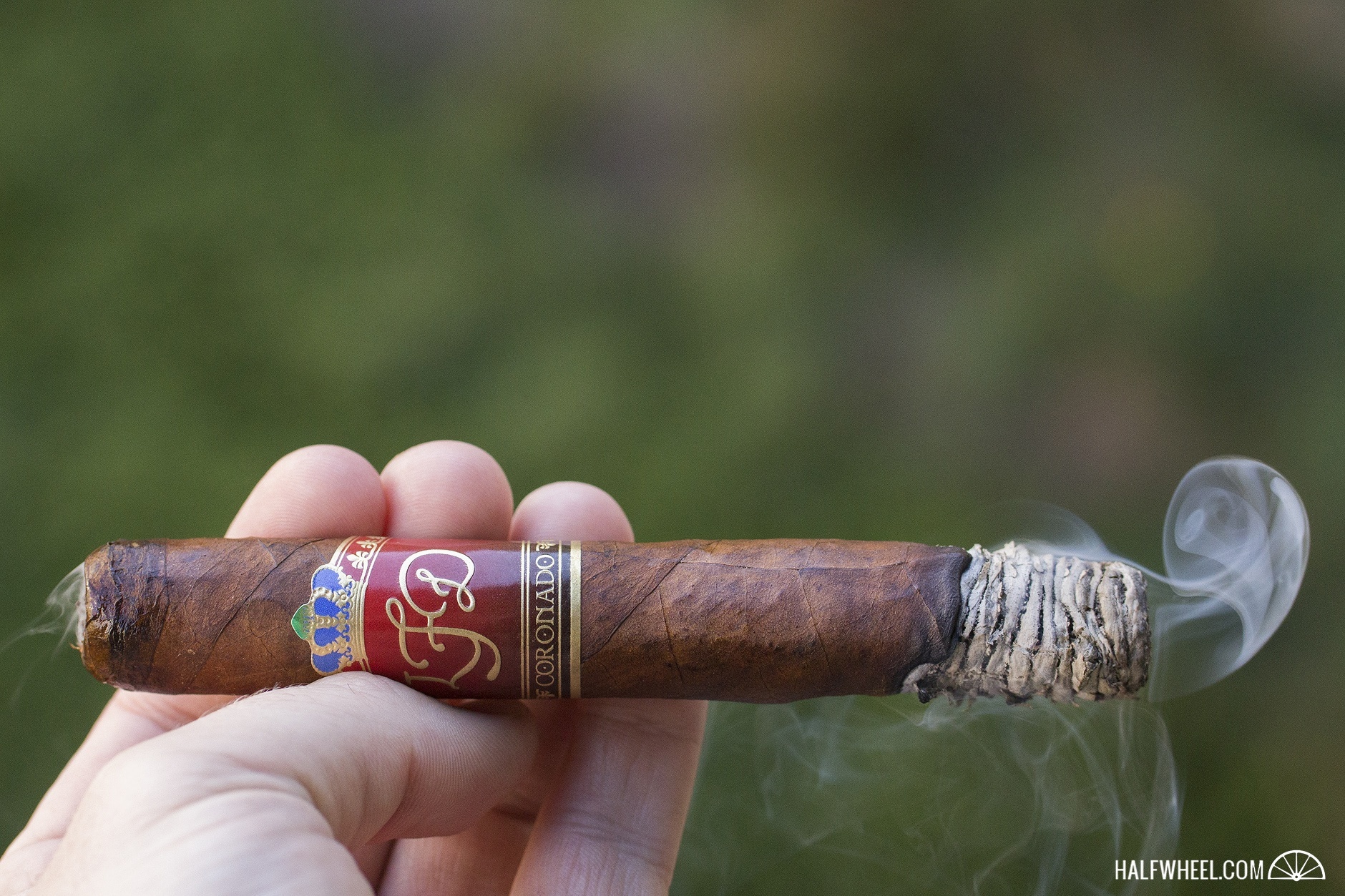 The rebuilding of flavors continues into the second third of the Coronado, though the rate isn’t quite as quick as I had anticipated. While the palate gets a bit of pepper, chalk, earth and leather, the cigar really makes it mark in the aroma, particularly when at rest. While subtle and fighting for attention with the white pepper and the occasional hit of sharper black pepper, there is a bit of sweet meat now present, much along the lines of jamón or prosciutto, two foods I very much enjoy. I don’t find a lot of transitions in the Coronado through the second third, but I’m certainly not complaining about what it is offering, as while pepper stays dominant, it is even better when it relents for a few puffs and shows those underlying notes. While the burn line starts to go just a bit askew in the second third, it’s nothing I find myself getting concerned about, with smoke production staying plentifully abundant. 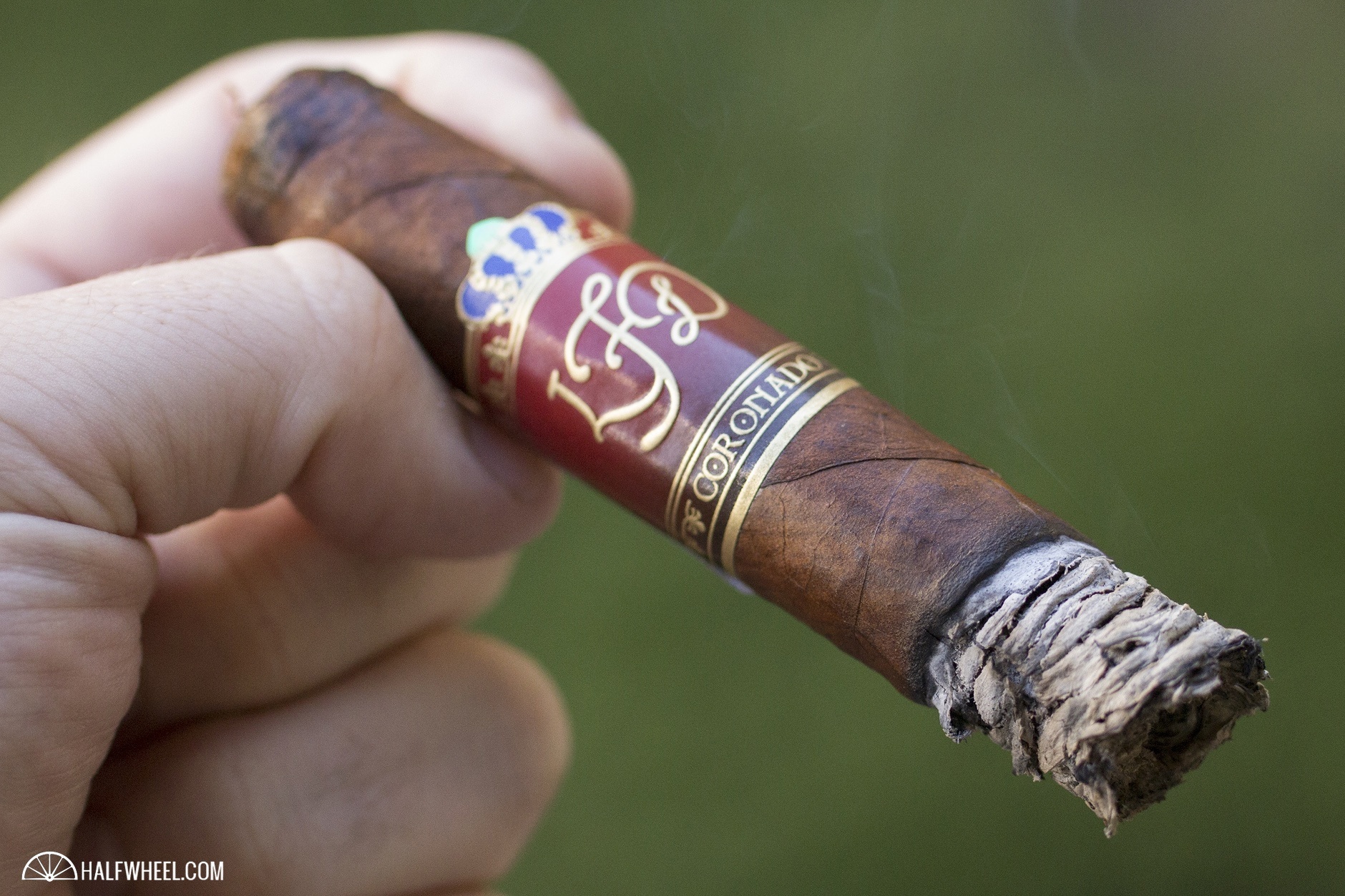 While the strength of the Coronado continues to nudge itself slowly upwards, I begin to get a change in the physical sensation of the cigar as it now imparts a different type of tingle on my tongue than it did in the first third. Pepper begins to also hit more of the back of my throat, generating the first touches of harshness that I haven’t experienced yet. In the nose, the smoke is still laden with pepper, shifting a bit more towards a pure black pepper aroma that is big and full in the nose. There’s also a bit of sweet meats in the aroma, fatty and juicy in the nose while the cigar rests. The burn stays sharp and even, and while the cigar needs the occasional relight, particularly if I let it rest for more than a minute or so, it’s not a major obstacle to getting the cigar smoked down fairly far, with a pepper-dominated smoke dominating the closing notes both in the nose and on the tongue. 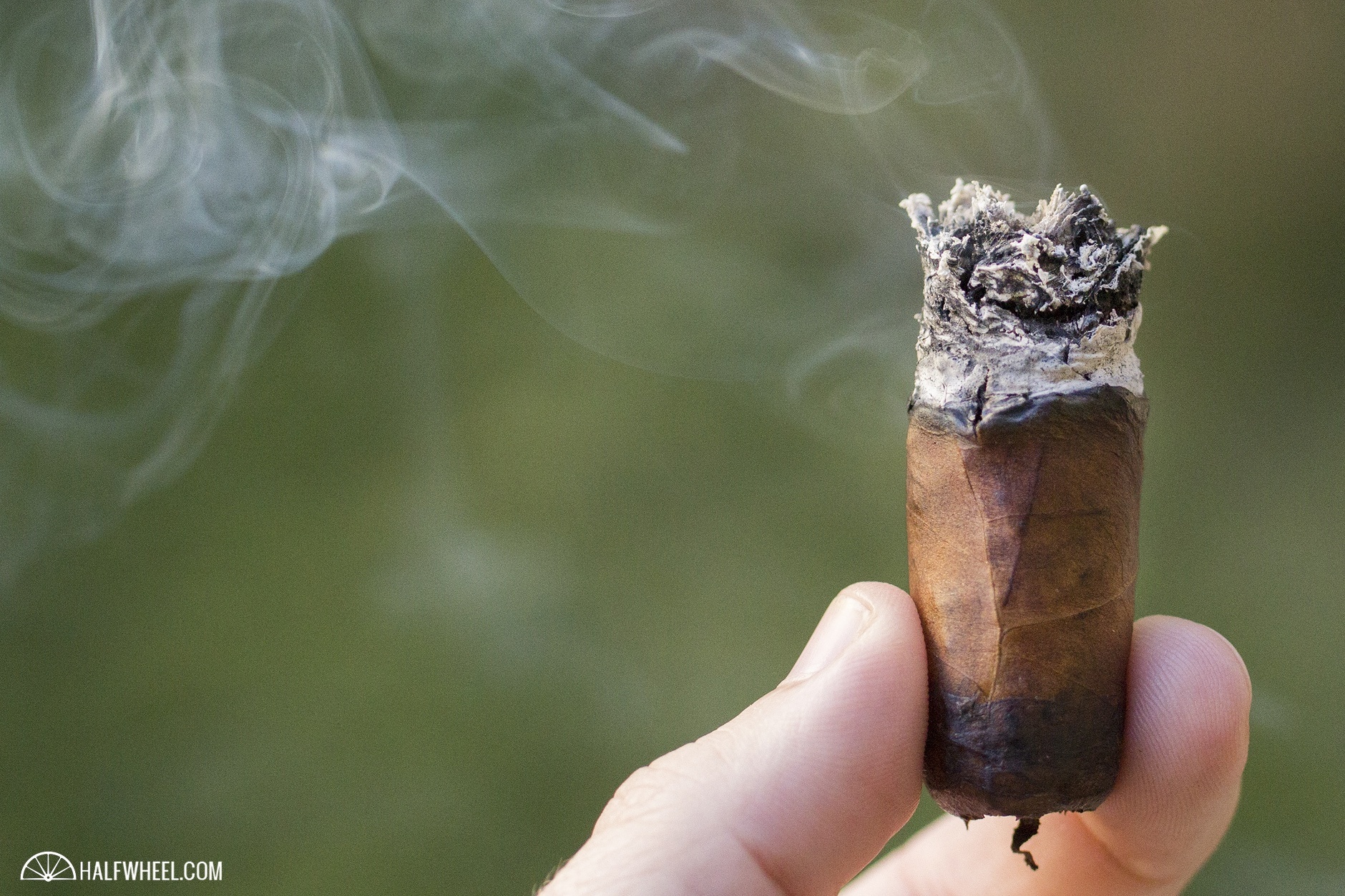 Is it fair to say that Coronado is back? Absolutely. While it’s almost impossible to compare it head-to-head to the previous version that has been unavailable for nearly two years, this rebranded version certainly reminds me quite a bit of its predecessor: tons of pepper but with a lighter profile than what I think of the Ligero and Double Ligero lines offering. The construction was flawless and while there's a bit of harshness in the final third, balance is rarely an issue. Can a band and some new packaging keep the La Flor Dominicana Coronado around this time? Hopefully, because underneath it there is little lacking for lovers of full-bodied cigars.