For their 20th anniversary, Anthony’s Cigar Emporium in Tucson, Ariz. celebrated by commissioning two special cigars – one was the My Father Le Bijou 1922 The Martino, which Charlie Minato reviewed last week, and the other one was the La Flor Dominicana Anthony’s Cigar Emporium 20th which I’ll be taking a look at today. Not only is Anthony’s celebrating their 20th anniversary, but the Gomez family of La Flor Dominicana is also commemorating two decades of cigar making. La Flor was chosen for a number of reasons, one of which was that it was one of the first brands for the store itself to carry. 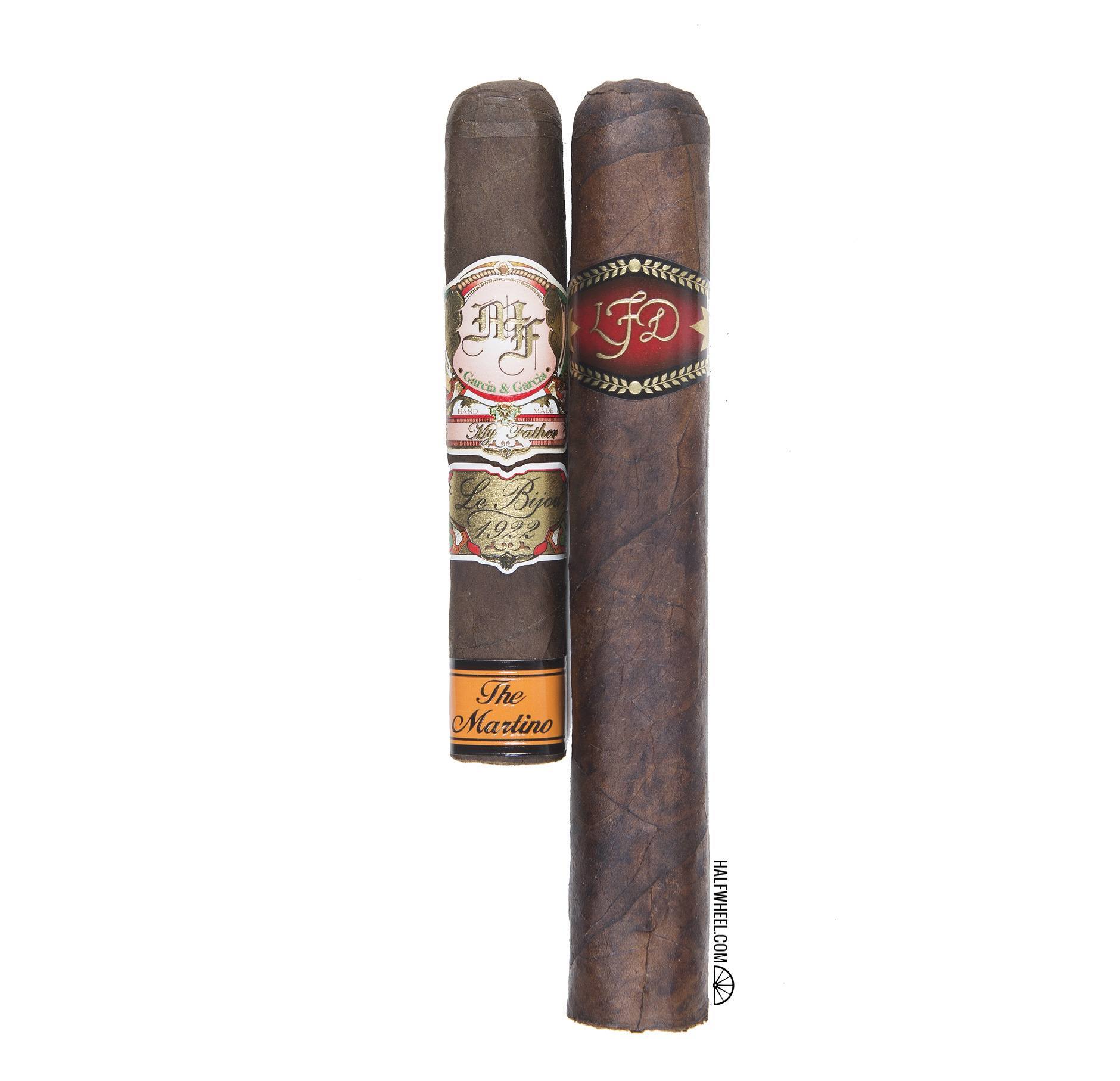 The cigar was released at an event on Nov. 18, which had Litto Gomez in attendance. Afterwards the cigar was made available at the store’s other locations and website. 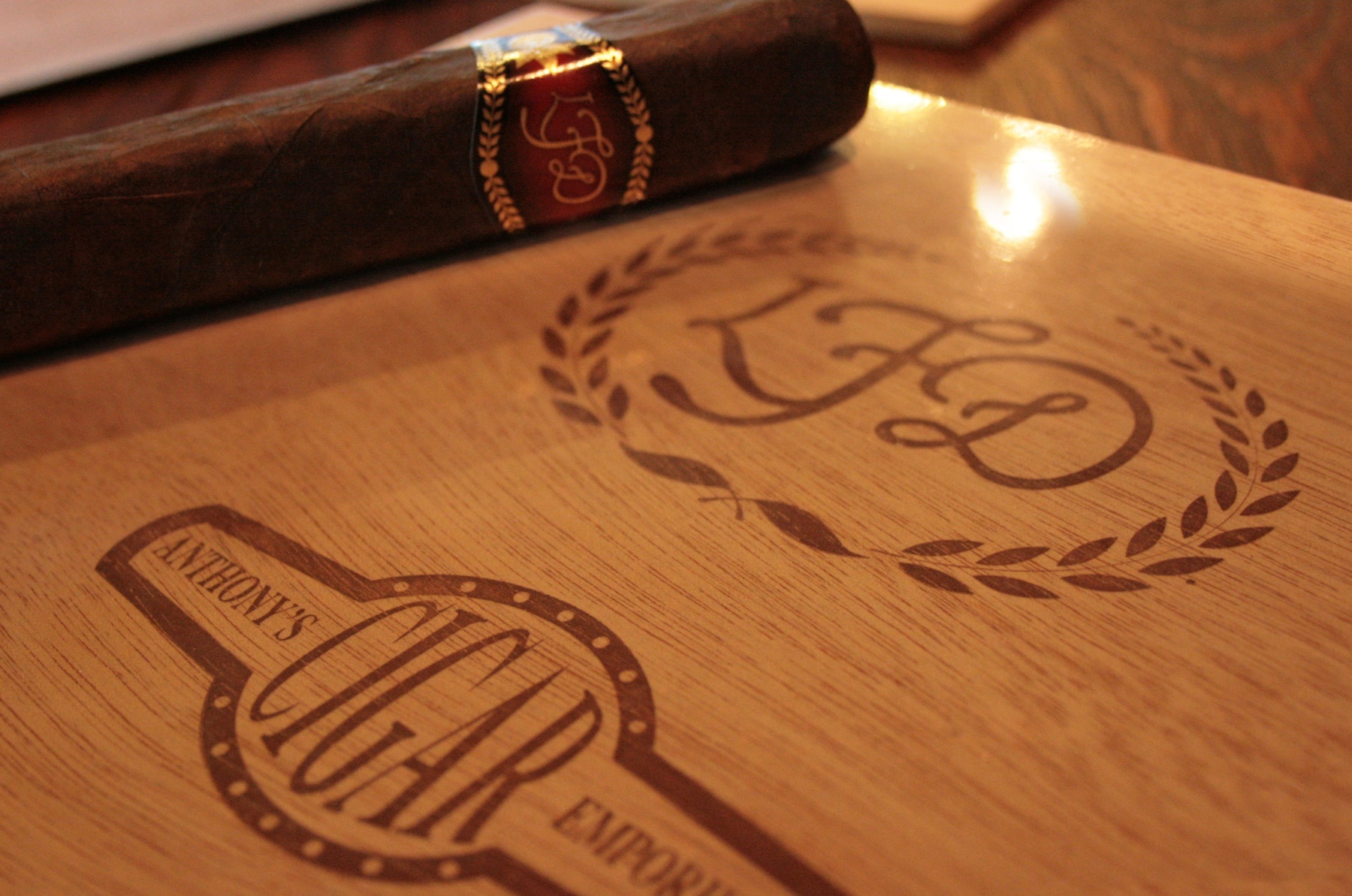 The LFD Anthony’s Cigar Emporium has a dark chocolate colored wrapper with many visible veins, though not ones that are palpable. The wrapper isn’t what I would call rough or smooth, but it’s closer to the smoother side of the spectrum and has a nice oily feel to it. Giving it a light squeeze there’s hardly any give at all and is quite hard. The aroma off the wrapper is a rich earth, cocoa and leather mix while the cold draw is much more delicate with a chocolate pudding note alongside some barnyard and black pepper.

Starting into the cigar it’s a bold but not an overwhelming profile of earthiness, black pepper, a little baking cocoa and an amazing hazelnut note. The burn isn’t perfect starting out, with a small spike in the burn line, but other than that it’s fairly even. The ash looks a little flaky, though none is actually coming off and it holds on to just under the inch mark. About an inch in, the wrapper seems to be having a little trouble keeping up on one side, so a little touch up is needed. The draw is pretty good, right in the middle of the ideal range. There hasn’t been much change in the notes that make up the profile, but it seems to have gotten a little sweeter and smoother.

Moving into the second third the earth and nuttiness has maintained while the black pepper has grown. The cocoa seems to have faded away, though it was replaced with a cinnamon note and some cedar shavings. The burn continues to be an issue, seemingly okay after a touch up only to have an entire side lag behind the combustion again. The ash has become less stable as well, actually flaking off instead of just looking like it will. The profile continues to be the redeeming factor, with a very enjoyable mix of flavors

The final third continues with burn issues and one relight, though the profile continues to keep me interested. Cocoa has made a reappearance in the last two inches, and alongside the nuttiness, black pepper, cinnamon and cedar it’s a very interesting and enjoyable profile. Unfortunately the burn continues to be an issue, to the point of the cigar going out with about an inch left. At this point I’m frustrated enough with the construction issues that it’s enough of a sign for me to put the cigar down.

Most of the time if I’m continuously having to touch up a cigar, I’ve put it down before I’m halfway through and moved onto something else. There are only a few cigars that I’ve smoked that I can say had some really terrible burn issues that I wanted to keep smoking because the profile was so enjoyable. The La Flor Dominicana Anthony’s Cigar Emporium 20th has now been added to that list. Despite the burn issues, the profile was nuanced and developed throughout the cigar, keeping it interesting and continuously bringing my focus back the profile and not the burn. These are still in stock now, but if you want to try them I’d hurry because they won’t last long.