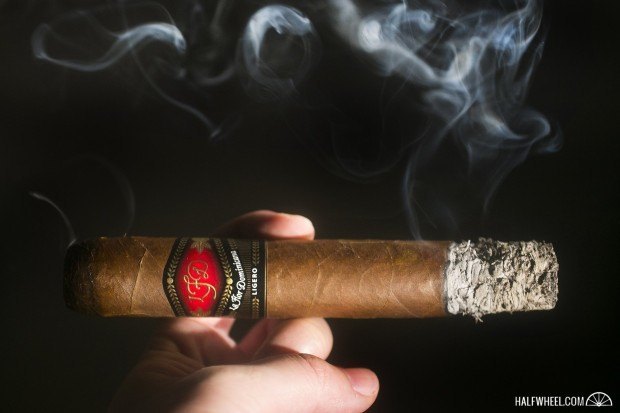 La Flor Dominicana can be credited with being at least one of the pioneers of the recent extra large cigar movement. Three years ago, the company released the Digger, an 8 1/2 x 60 cigar that many believed was simply too large at the time. Then came the 70 ring gauge craze.

As part of the exclusive offerings for the retail members of the Tobacconists’ Association of America (TAA), La Flor Dominicana created a 70 ring gauge cigar, the 707.

It comes in 24-count boxes, with six rows of four cigars stacked on top of each other. Blend components are fairly familiar for La Flor Dominicana: Ecuadorian Sumatra wrapper and Dominican fillers. According to Jon Carney, vp of sales for La Flor Dominicana, around 1,000 boxes were produced for the release with the MSRP of the cigar set at $10.50 per cigar.

The TAA consists of just under 80 retailers and 40 manufacturers. Each year, they come together to discuss issues of the cigar industry, partake in a smaller trade show and socialize. While crafting cigars exclusively for TAA members is nothing new, over the last few years the idea of making limited editions for members has become significantly more popular amongst the manufacturers.

This year, seven new exclusives were offered to TAA members. 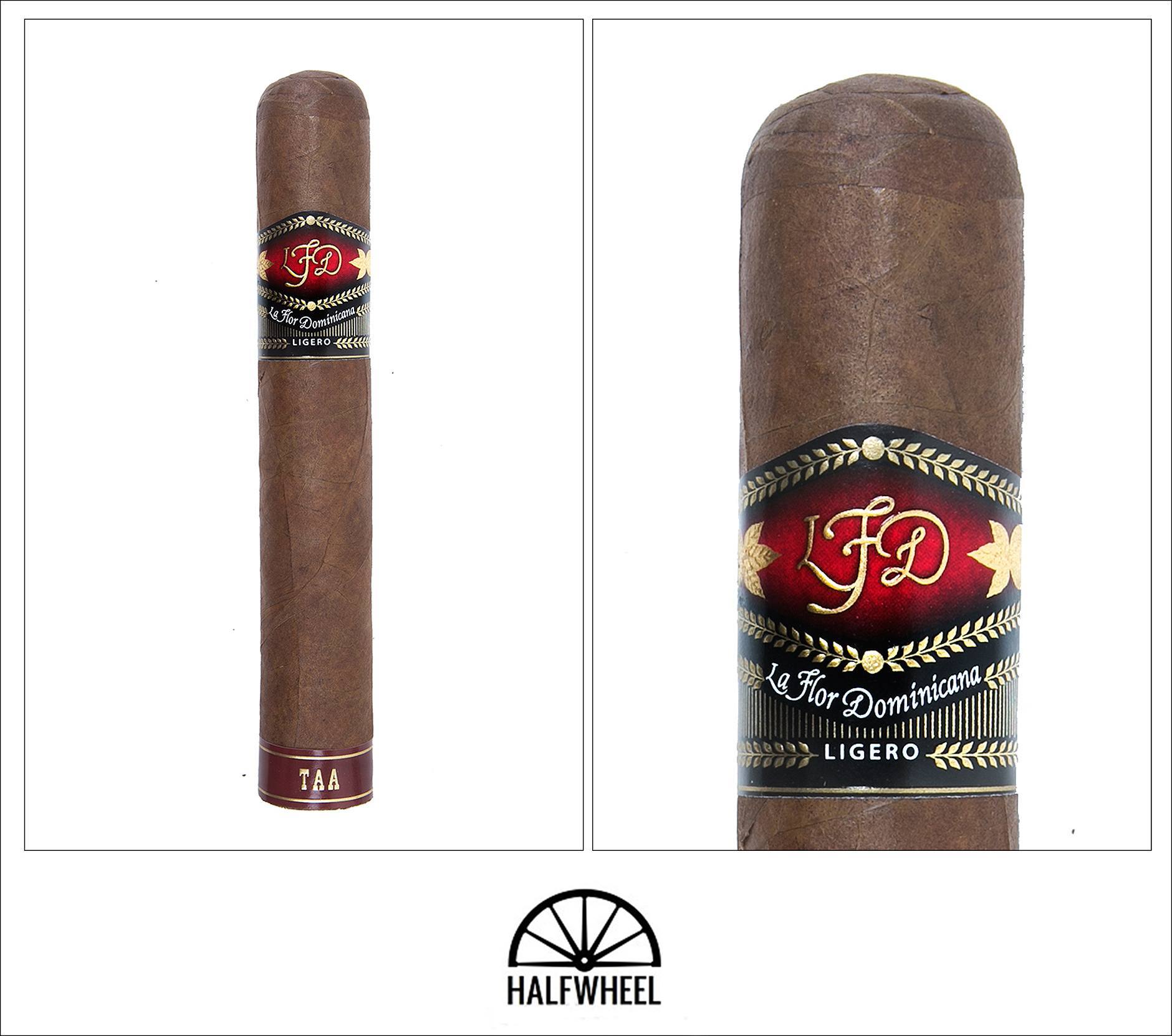 From my recollection this is the lightest LFD TAA release I’ve seen, then again, it’s also the first non-maduro. The Ecuadorian wrapper has notes of leather, sweet cherry woods, barnyard and some spice. The foot is far more intriguing with sweet woods, chocolate chip cookies, burnt barbecue and some floral touches. A slight clip reveals a tight draw for the 707, which is a bit odd—albeit totally welcome. I pick up the familiar sweet woody note, teriyaki sauce, dough and herbal flavors.

After a good 90 seconds with the triple flame lighter, the 707 gets going: spice on the lips, woodsiness and pepper with some sweetness on the finish. After puffs number five and six, the smoke production dramatically picks up, which also adds more flavors. Sweet woods and cedar still dominate alongside some roasted pork on the finish. There’s spice, albeit no pepper, and an incredible smoothness—but not a ton of flavors. Construction-wise, the draw remains a tad tight, which is fine, smoke production is good, not overwhelming and the ash holds. 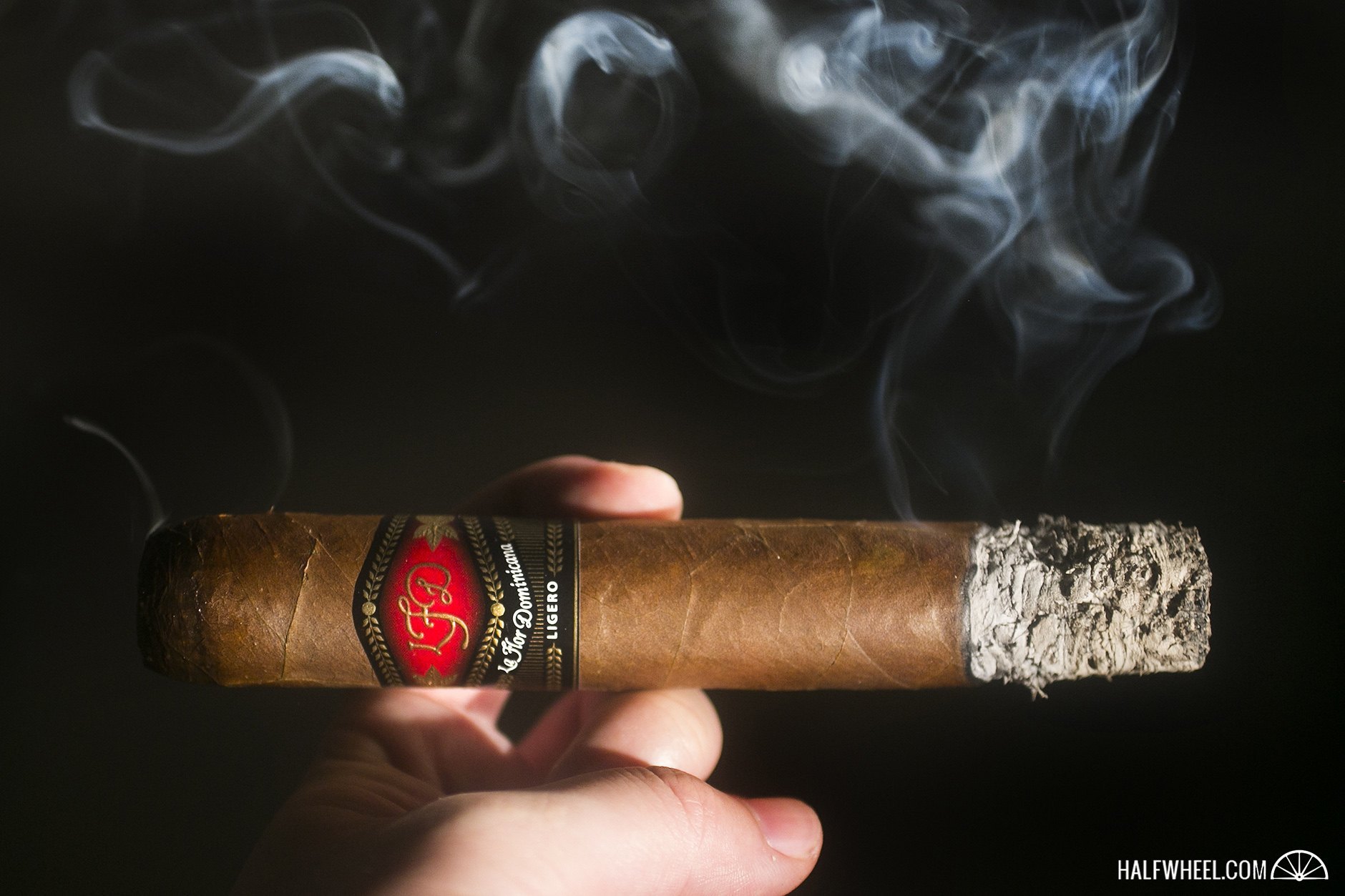 A tomato sweetness adds itself in the second third of the La Flor Dominicana, it’s faint, but because it’s at the front of the flavor progression, it stands out. It’s also not a woody flavor, which is still the dominant note, although white pepper is adding itself in the nose and a generic sweetness is emerging on the finish. Some things remain the same—it’s still medium in strength, light in body and medium-plus in flavor—but the cigar is requiring more effort to remain burning evenly. 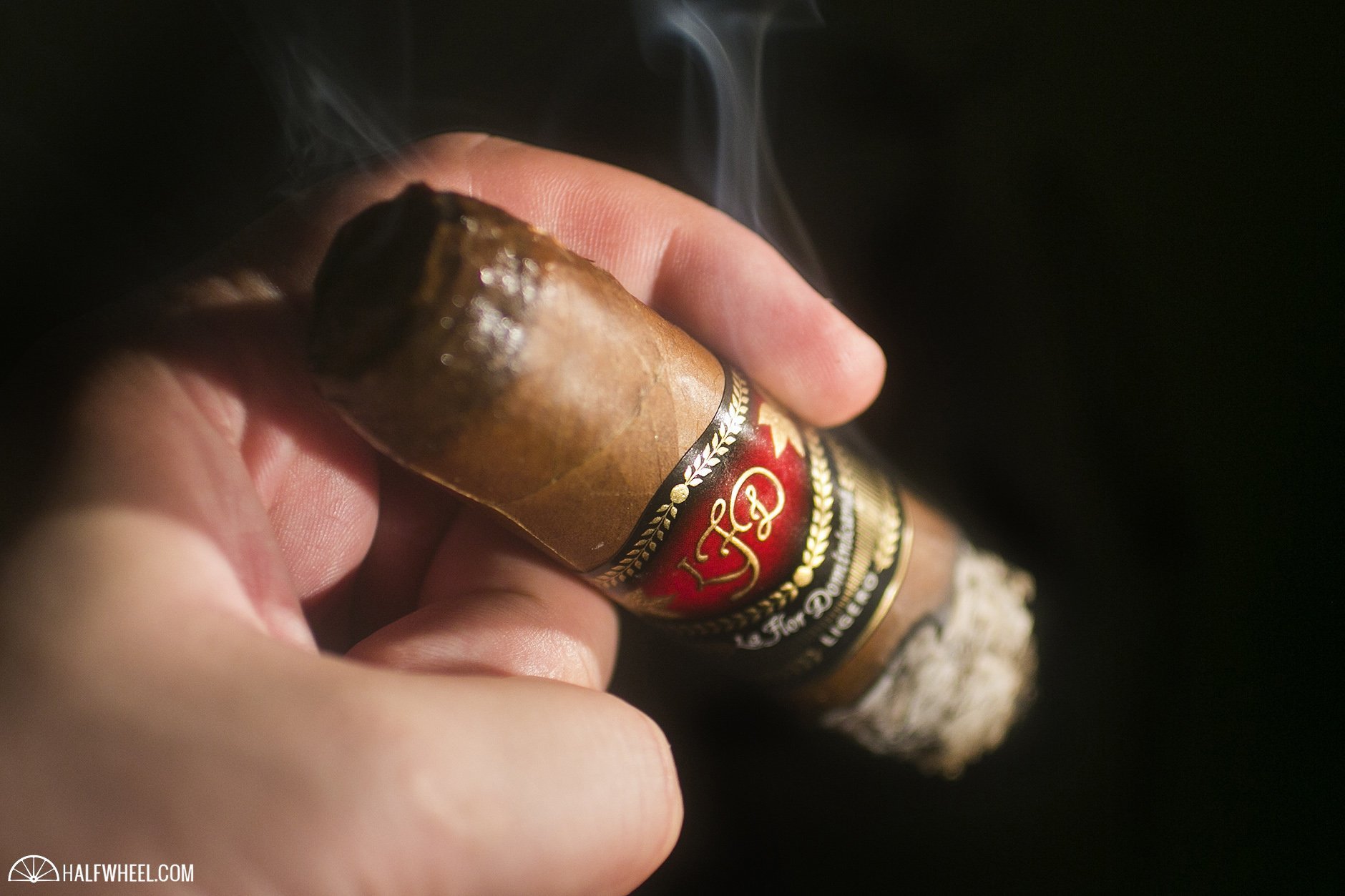 There’s a dramatic shift in flavors in the final third as coffee begins to overthrow the cedar notes. While there are more flavors, there’s a decline in their definition and a tad bit of harshness. The tomato note remains, which is great, while a saltiness adds itself in the nose, a nice addition. Aroma-wise, the burning cedar notes are now a very strong toastiness, which is saying something given I’m smoking outdoors. Smoke production and burn require more effort, but the cigar does not come close to going out. 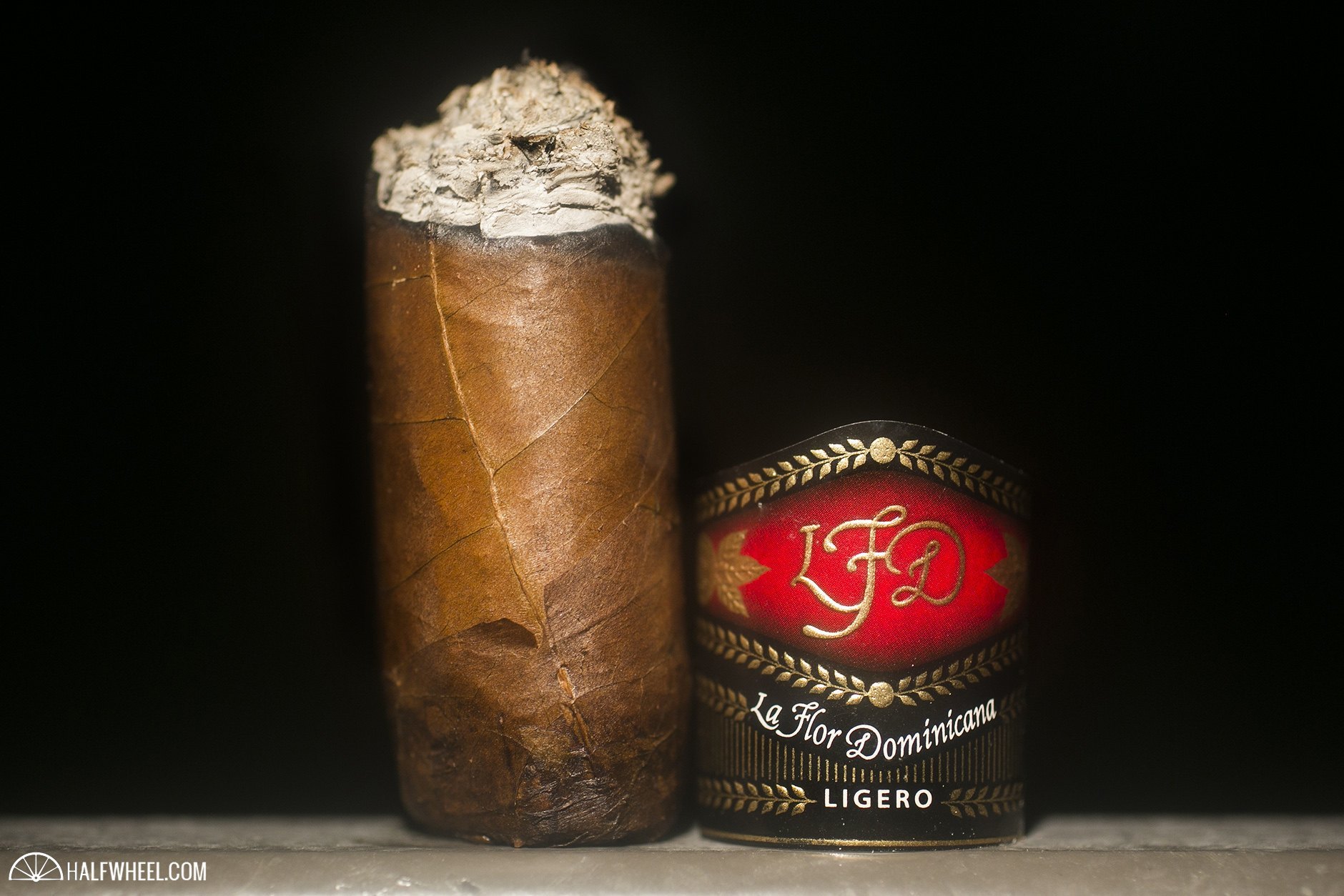 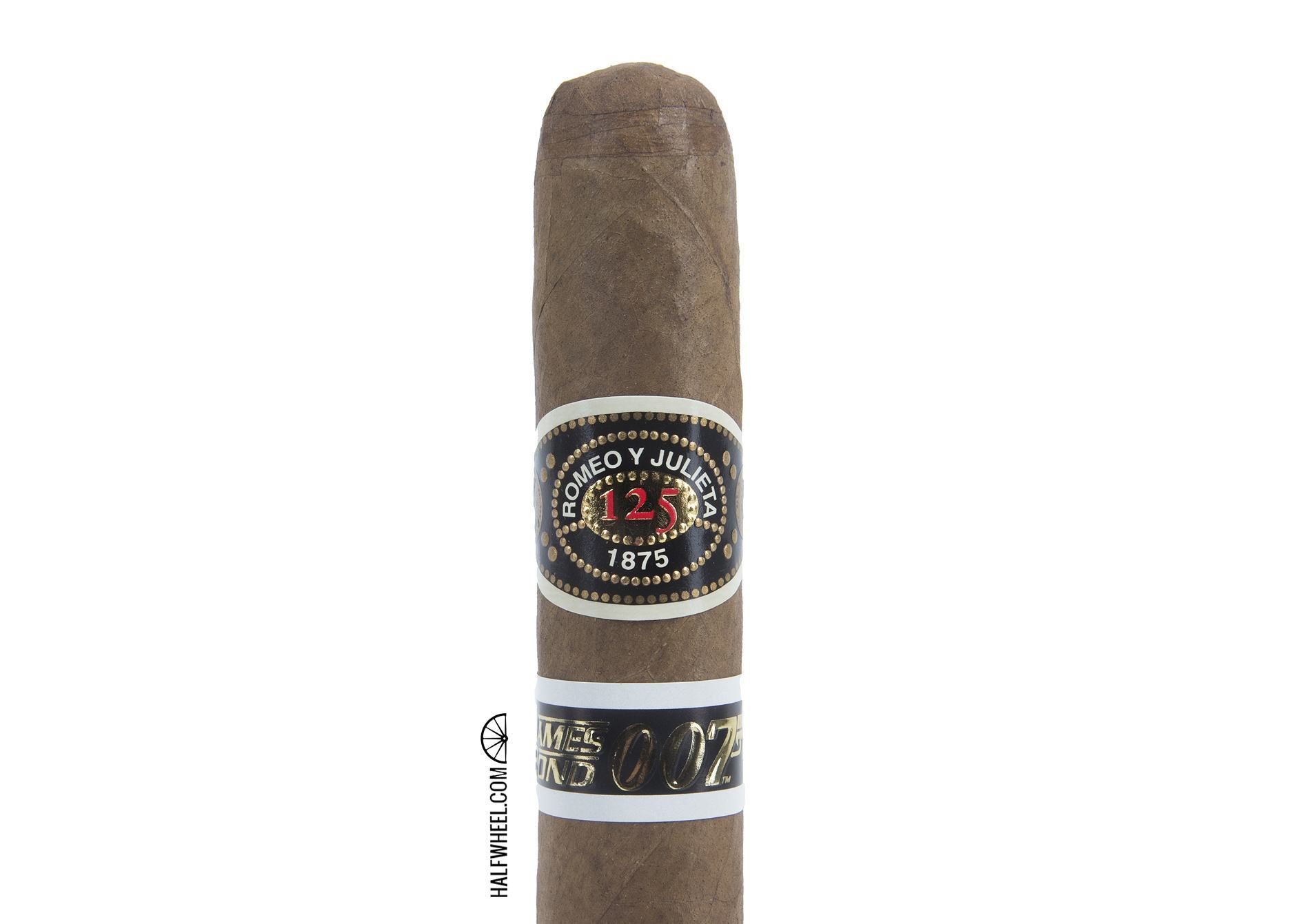 My issue with this cigar is not that it is a 70 ring gauge, it’s more that it’s seven inches. As I have stated before, when a cigar takes this long to smoke, I cannot help but wonder if this is the best use of my time. Would I have rather smoked a Chisel and a Cubanito? Absolutely. To me, in order to justify roughly three hours of smoking, a cigar needs to be able to offer progressions or at least moments that you otherwise could not find in two cigars for the same smoking time—and here, it’s nowhere to be found. I was never put to sleep by the 707, but there are few changes. We do not factor price into score, which is one area where this cigar shines given its size and the company behind it. For me, this is far and away the least eventful LFD I’ve ever smoked, and while that might some times be a good thing, in this case—it’s not.