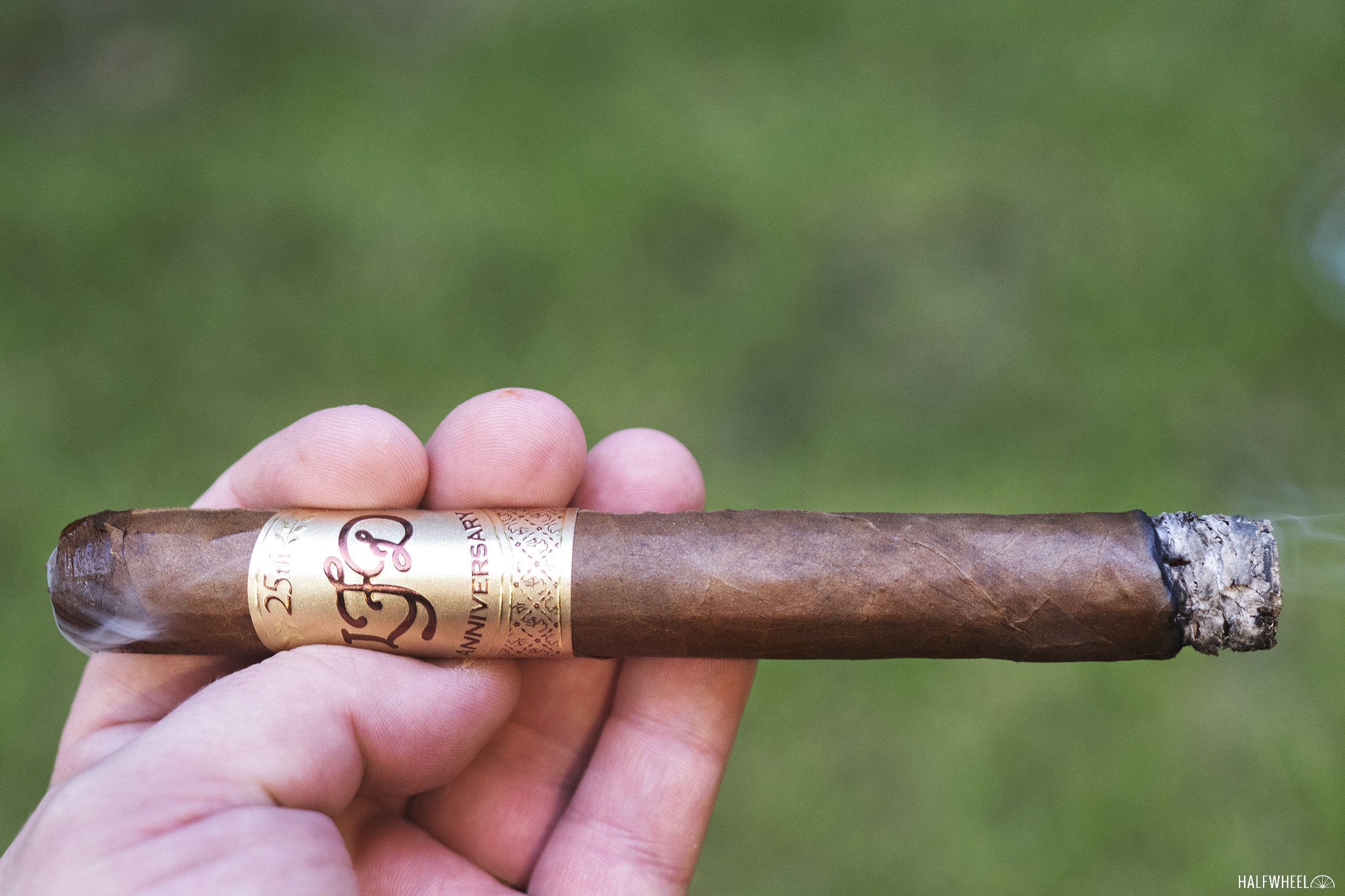 Cigar companies produce special creations for all sorts of occasions, but anniversaries—especially those that celebrate momentous events in the history of a brand—usually see those companies pull out all of the stops.

That was the case with La Flor Dominicana’s 25th Anniversary, a single 7 x 52 vitola release that was first shown off at the 2019 IPCPR Convention & Trade Show in July 2019. The cigars then started shipping to retailers nationwide in December 2019 after a soft launch in October.

As the name suggests, the cigar was made specifically to commemorate a 25th anniversary; however, it is not actually the 25th anniversary La Flor Dominicana brand, which was founded in 1996. Instead, the release celebrates 25 years of Litto and Ines Gomez being in the cigar industry, which started with Gomez’s first cigar named Los Libertadores that he produced with a business partner two years before the founding of La Flor Dominicana. Blend-wise, the new limited production cigar is made up of an Ecuadorian corojo wrapper covering a binder as well as filler tobacco that was grown on Gomez’s farms located in the Dominican Republic. Each cigar is being rolled at the Tabacalera La Flor S.A. factory in Tamboril, Dominican Republic. It carries a retail price of $18 per cigar—or $450 for a box of 25—and although La Flor Dominicana has stated that the release is limited, it has so far declined to disclose specific production numbers. 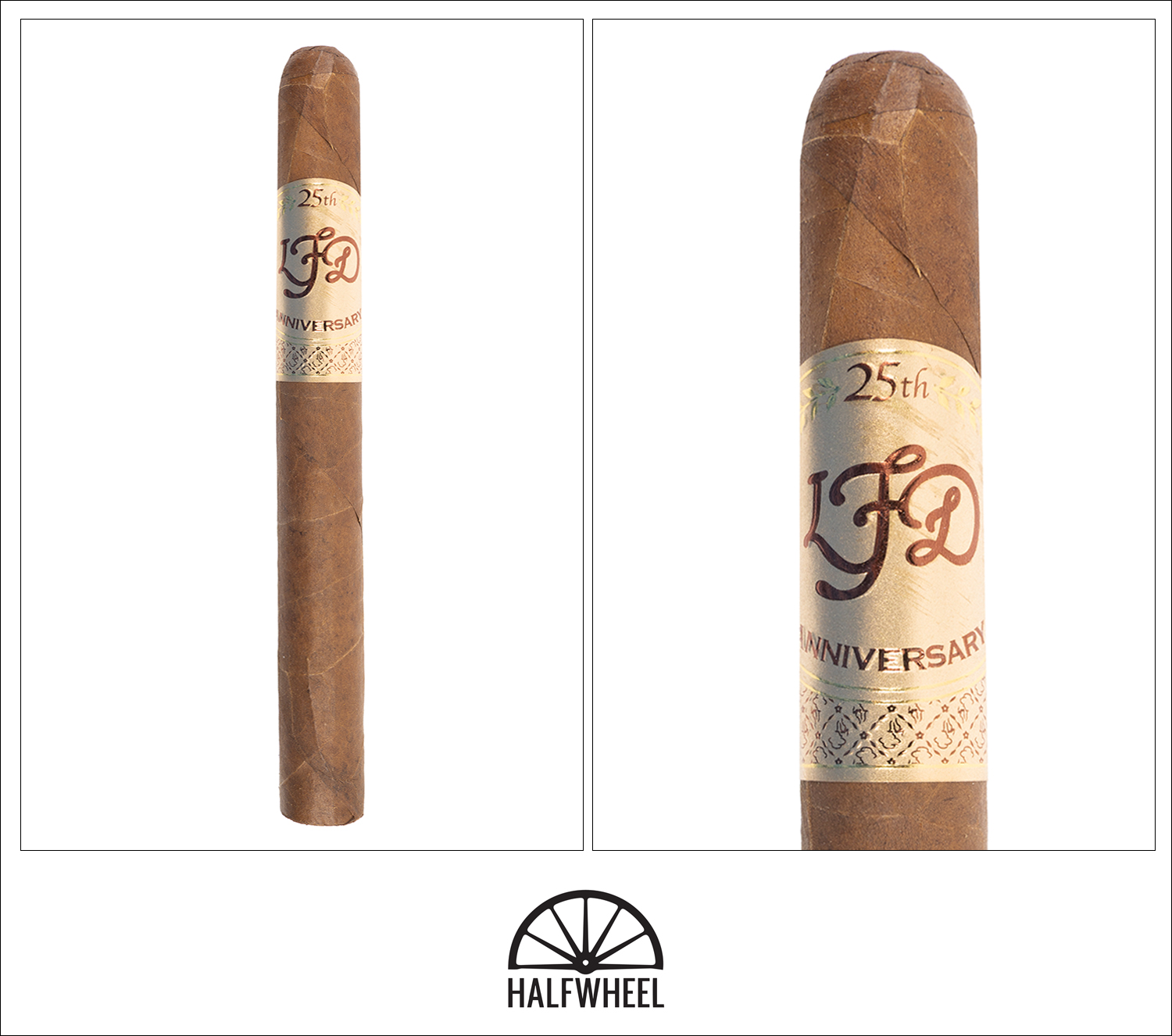 Visually, the La Flor Dominicana 25th Anniversary features a gorgeous mocha brown wrapper with a bit of tooth, as well as a slight amount of oil. It is pleasantly pliable when squeezed and the flat gold band looks like it was meant to be wrapped around it. The aroma from the wrapper and foot is an almost shockingly strong combination of dark chocolate, nutmeg, cedar, leather, earth and barnyard while the cold draw brings flavors of the same massive dark bitter chocolate, leather, cedar, hay, black pepper, spice and a slight amount of marshmallow sweetness.

The first few puffs of the La Flor Dominicana 25th Anniversary are full the same dense dark chocolate that permeated the aroma and cold draw—easily making it the dominant flavor in the profile—followed by notes of leather, cedar, vegetal, roasted espresso beans, allspice, a slight floral and toast. The marshmallow sweetness from the cold draw is present on both the finish and the retrohale, the latter of which also includes some significant black pepper. Construction-wise, the La Flor Dominicana features an excellent draw after a simple straight cut while the burn is giving me no issues whatsoever this early the game. The overall strength ramps up slowly but still manages to hit a point closer to medium than mild by the end of the first third.

While the bitter dark chocolate remains the dominant flavor during the second third of the 25th Anniversary, a notable orange citrus note begins to creep into the profile just before the halfway point. Lesser notes of creamy peanuts, hay, mushrooms, cinnamon, leather, earth and espresso beans flit in and out in various amounts, while the marshmallow sweetness continues to be a major factor on the retrohale. In terms of the construction, the draw continues to give me just the right amount of resistance, but the burn begins to wander enough that I have to correct it a couple of times. The strength has taken a significant step forward, ending the second third just a bit north of the medium mark. There are some major changes to the profile during the final third of the La Flor Dominicana, starting with the dominant flavor, which has morphed from the familiar dark chocolate note to a peanut shell flavor, complete with salt on my lips. While the dark chocolate note from the first two thirds are still present, it is significantly less distinct, with the secondary flavors highlighted by sweet hay, leather, earth, cedar, mushrooms and slight cinnamon. In addition, there is a very obvious peppermint gum note on the retrohale that replaces the marshmallow sweetness that a was so obvious, while the black pepper remains about the same. The draw continues to be the highlight of the construction, while the burn has evened up nicely and the overall strength stalls out about halfway between the medium and full marks, which is where it is when I put the nub down with a little more than an inch left. I always love seeing what cigar companies have in store for anniversary blends, and La Flor Dominican knocked it out of the park with the 25th Anniversary. This is easily one of the most complete releases I have smoked in the past six months, with all aspects of the complex profile working together in harmony: flavors, balance, strength and construction. Despite the fact that the Churchill vitola is larger than my preferred vitola, there was no point that I wanted the La Flor Dominicana 25th Anniversary to end and I could hardly ask for more from a cigar.