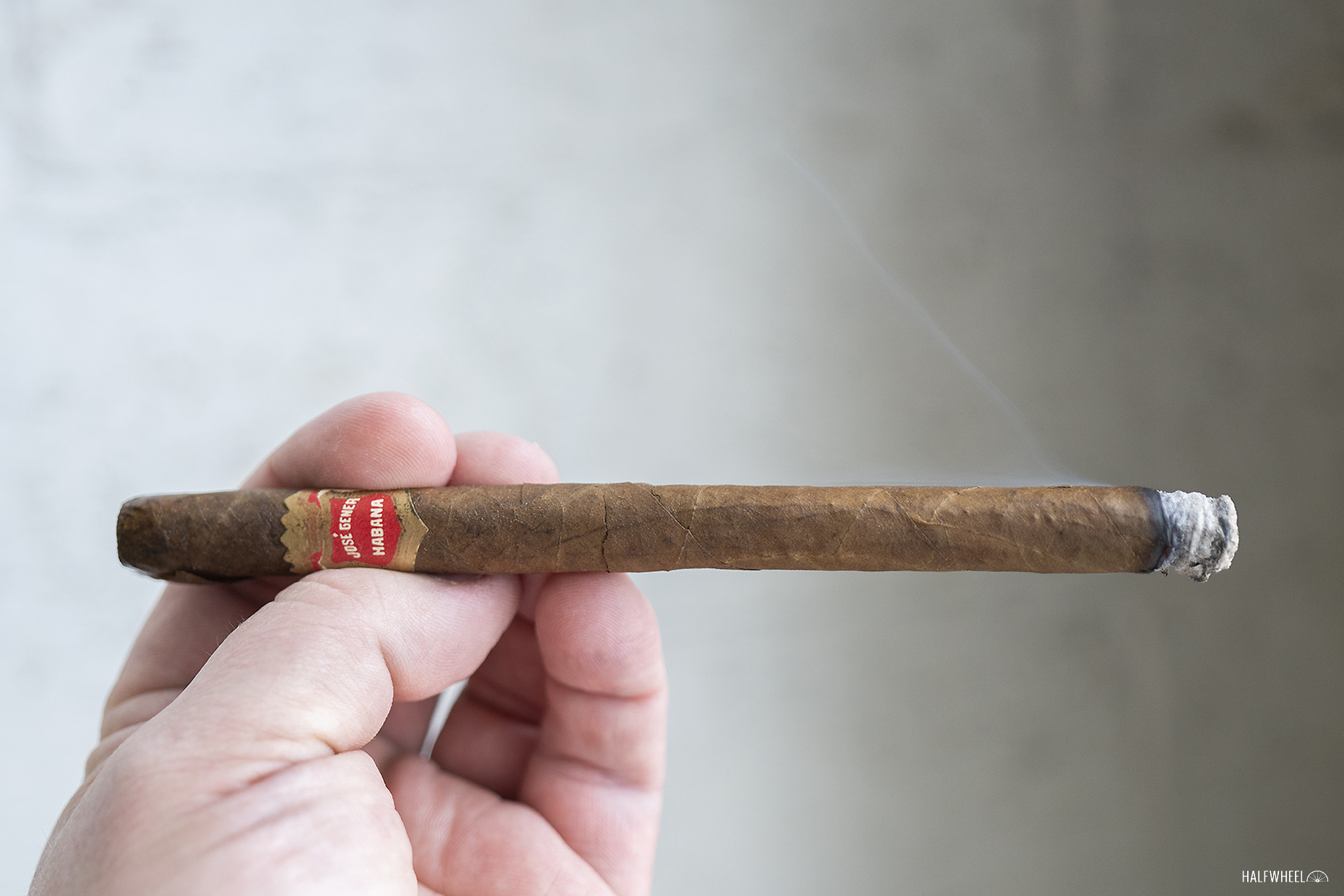 Since the first Cuban cigar brand was registered in 1797—the brand was named Cabañas—the landscape of Cuban marcas has been littered with the graves of brands that have disappeared into history. There’s no way around it, much of this has to do with the Cuban Revolution in the 1950s and the nationalizing of cigar factories and the larger tobacco industry in Cuba. Today, this means one company—Habanos S.A.—gets to decide which cigar brands exist in Cuba.

Until 2012, La Escepción was one of those brands lost in history. Introduced sometime in the 1850s by owner José Gener—who also founded the Hoyo de Monterrey brand in 1865—La Escepción is one of the oldest Cuban marcas that is known to exist.

The brand was made up of both hand-made and machine-made cigars, but was completely discontinued in 1989. At the time it was discontinued, the La Escepción marca consisted of only two handmade vitolas: one was the 6 3/8 x 43 Cazadores Miramar, while the other was the subject of today’s review, the Longos, a 7 x 33 ninfa vitola that came packaged in 25-count dress boxes.

However, the La Escepción story did not end in the 80s, as Habanos S.A. announced the brand was being resurrected—albeit on a very limited basis—to be used as an Edición Regional release exclusive to the country of Italy in 2012. The first release named La Escepción Selectos Finos measured 6 1/2 x 38, while a follow-up named La Escepción Don José measured 5 x 48 and was released in 2015. 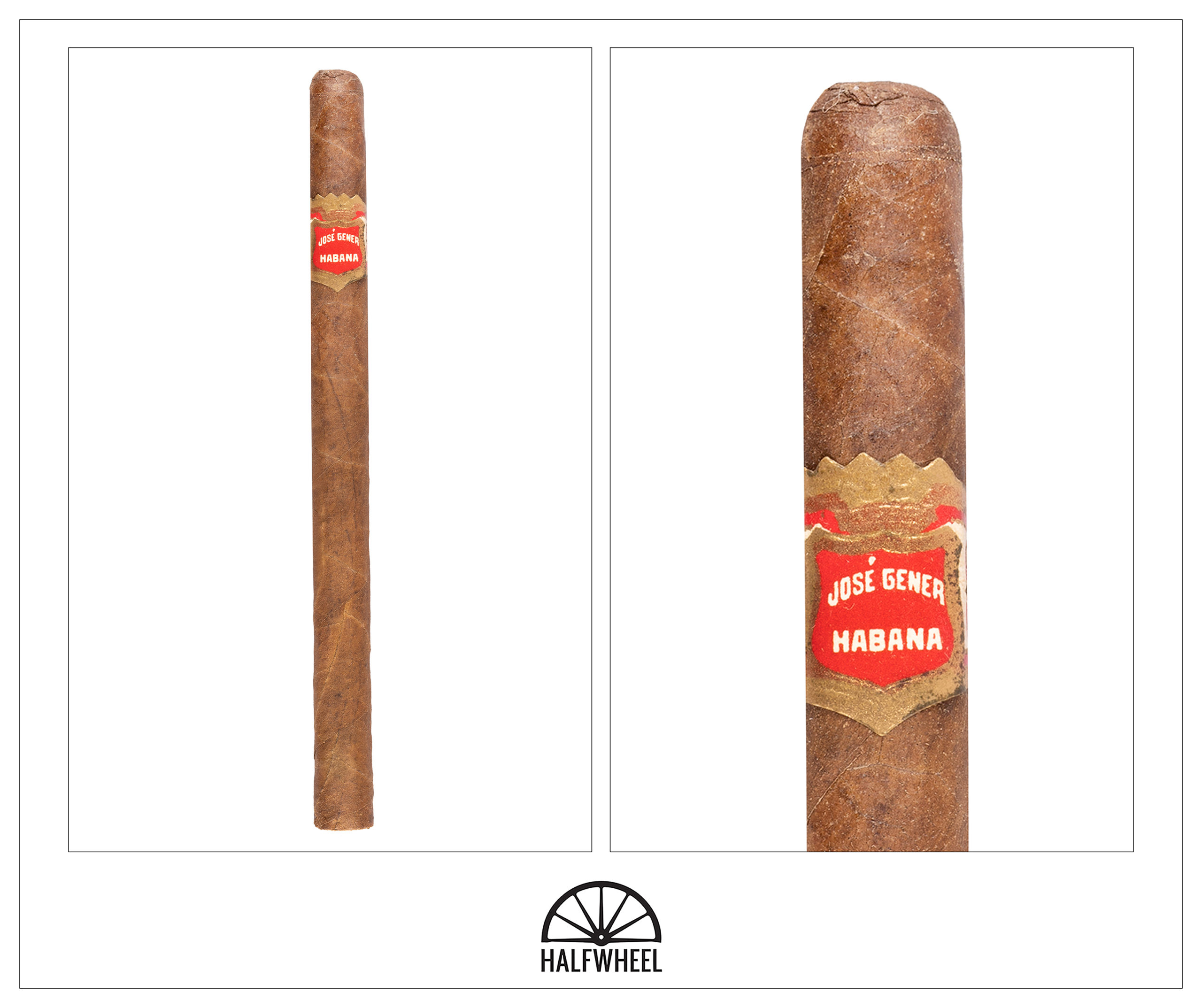 Visually, it’s easy to tell that this is a very old cigar: the band is somewhat faded and spotted—albeit still relatively tight on the cigar—while the wrapper is a dull medium brown color and extremely rough to the touch, with a surprising number of prominent veins considering how thin it is. The cigar is just short of rock hard when squeezed—especially around the cap, which makes me wonder if I am going to have any draw issues—and there is some slight damage to the wrapper on the foot. Aroma from the wrapper is a surprisingly strong combination of oak, leather, earth and a vegetal note that reminds me of raw broccoli, while the foot features notes of cinnamon, oak, dry leaves, hay and orange juice sweetness. After a simple straight cut, the cold draw brings flavors of strong cinnamon, oak, leather, earth, cocoa nibs and very distinct orange peel.

I know I am in trouble the second I take my first cold draw, as there is very little air getting through the cigar due to an extremely tight draw. As a result, it takes me quite a bit longer to get the foot lit than normal—even taking into account how small the cigar is—but I eventually succeed, only to be hit with a strong aged oak flavor and some bitterness on the finish. After a few hard puffs, the oak takes on more of a sour note, followed by secondary flavors of earth, leather and very, very light citrus, while a bit of spice does show itself on my tongue. The retrohale is not much better, as the main flavor of wood varnish mixed with just a touch of pepper is all I can taste. Although the draw is almost totally plugged to start and there is very little smoke to speak of, some carefully used tools fix things a bit—more on that below—and I start getting significantly more air through, although the draw is still very tight. With the said, the burn line is close to razor sharp and remains that way throughout the first third, regardless of how poor the draw is. Flavor is under medium, body is just over the mild mark and the strength is virtually non-existent by the end of the first third.

As the second third of the Longos begins, the draw has improved dramatically. Unfortunately, the flavor profile has not improved as much: the top flavor is still a slightly sour, aged wood note followed by flavors of earth, leather, barnyard and wet hay. There is still some distinct varnish on the retrohale—albeit not as much as in the first third—and a touch of pepper, but the spice on my tongue from the first third is long gone. Construction-wise, the aforementioned draw is a bit better than it was in the first third—leading to a slight increase in smoke production as well—and while the burn is still quite good, it does need a minor correction with my lighter at about the halfway point. Flavor is medium, body is mild-medium and the strength is having issues getting out of the mild range. Sadly, the final third of the La Escepción is no more than a continuation of the first two thirds, including the same sour wood note as the main flavor, with secondary notes of aged leather, gritty earth, barnyard and light dank hay. There is a bit of a new floral note on the finish that I pick up every once in a while, but it is never strong enough to even come close to impacting the overall profile in a positive way. In addition, varnish still leads the way on the retrohale, although I do notice a touch of white pepper at points as well. In terms of construction, the burn is still easily the high point, but the draw continues to give me issues with being too tight until the end of the cigar. Flavor ends at medium, body ends just under medium and the strength hits a point about halfway between mild and medium by the time I put the nub down with under an inch remaining. 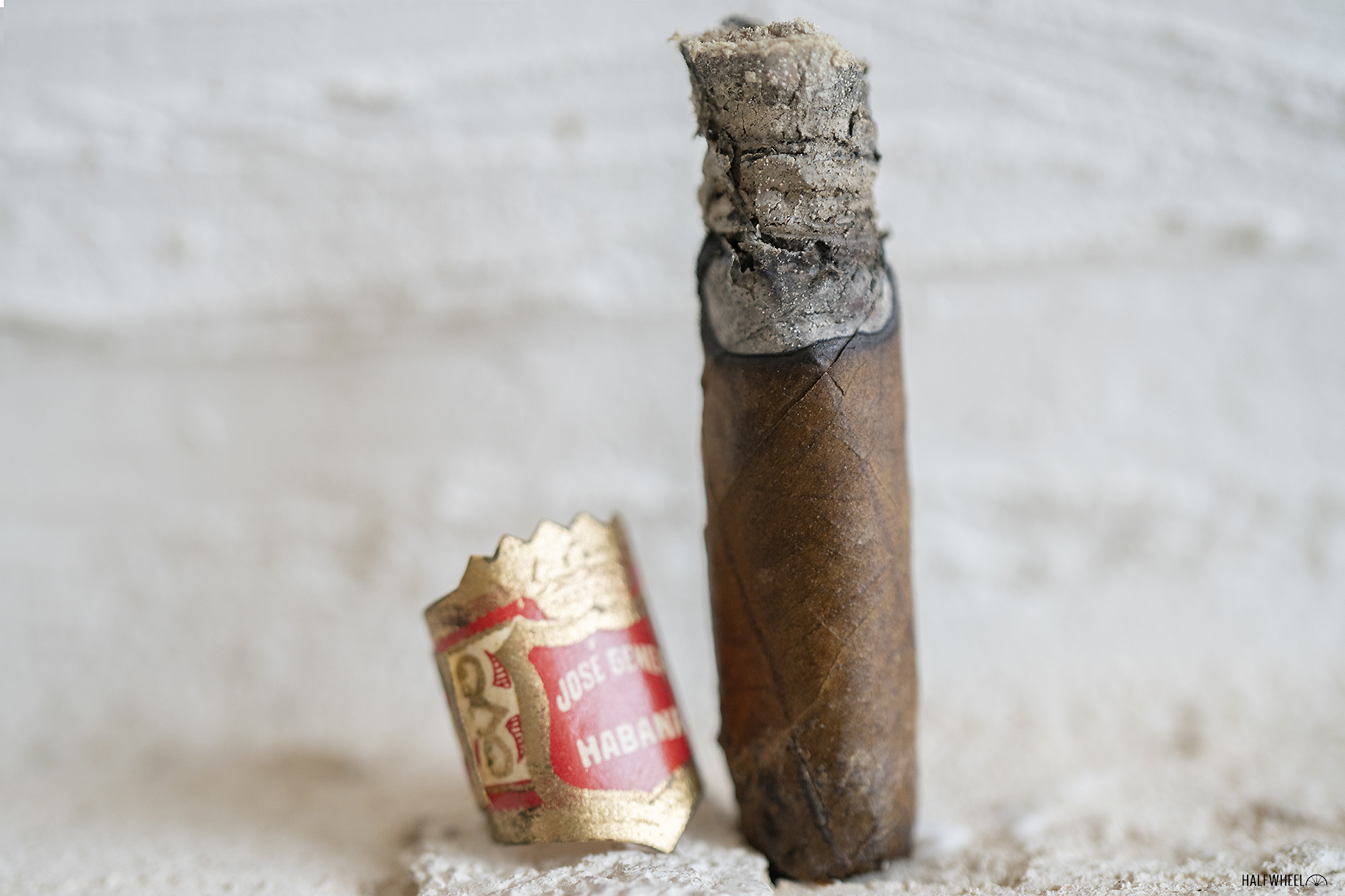 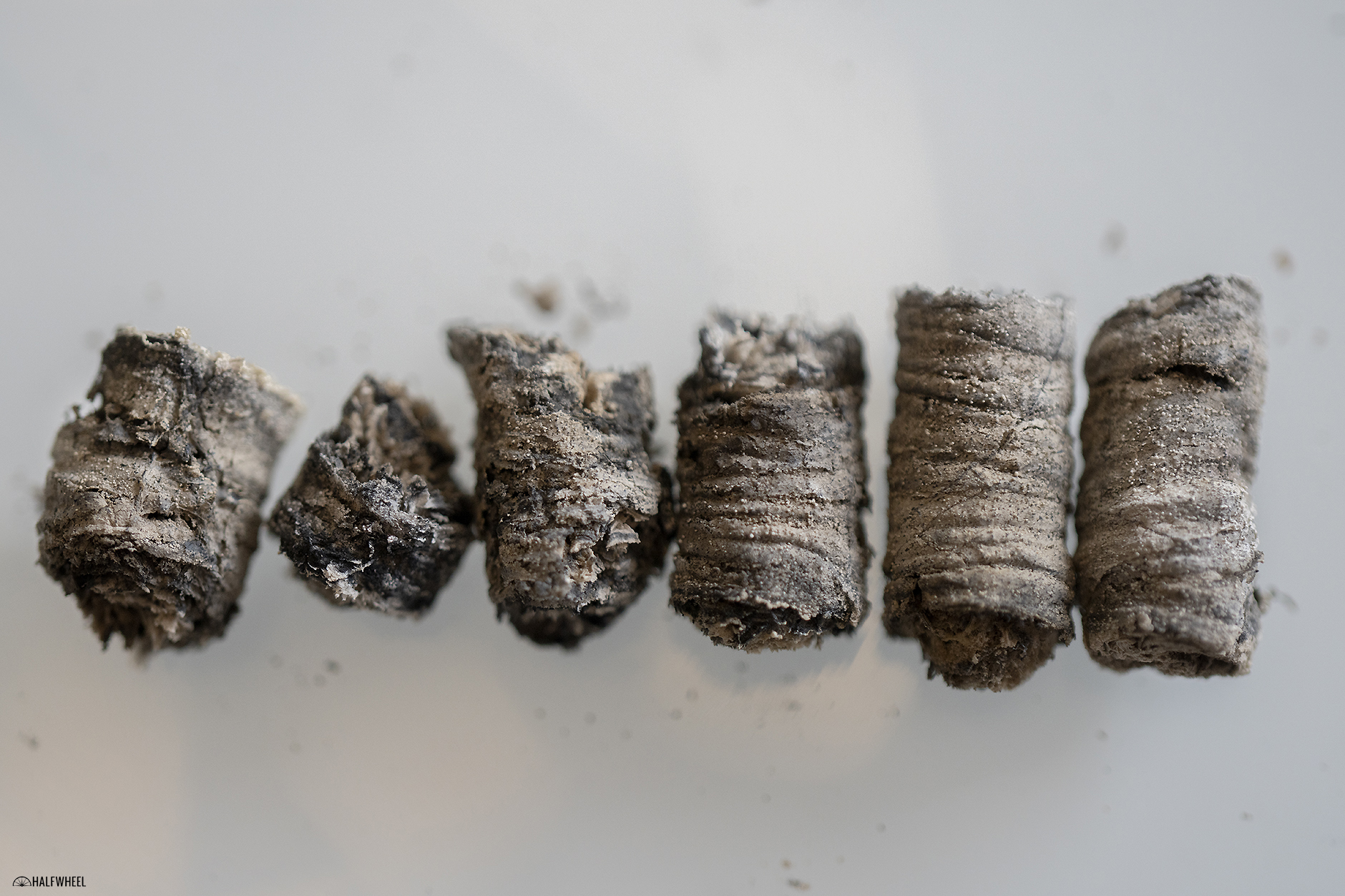 It has been a long time since I have smoked a cigar this old—Cuban or non-Cuban—and so I was a bit apprehensive about what I would end up with. Unfortunately, it turns out I was correct to be concerned: the combination of a tight—almost plugged—draw and a profile dominated by a flavor I can only describe as “sucking on a piece of a wooden box that has been sitting in your attic for 30 years” basically sank any chance for this cigar to redeem itself. Despite some minor high points like an excellent burn and amazingly formed ash, in the end, this La Escepción Longos left quite a bit to be desired.