After being announced back in January, Warped Cigars shipped the fifth cigar in the La Colmena line exclusively to Orange, Calif.-based retailer Maxamar Ultimate Cigars and its online store, SmallBatchCigar.com last month. Named Reina, the 6 x 48 belicoso incorporates filler tobacco from both the  Dominican Republic and Nicaragua, a binder from Ecuador and is covered in an Ecuadorian DesFlorada wrapper.

Warped Cigars owner Kyle Gellis shared some details on the idea behind the release in a post on Reddit:

The concept of La Colmena is based off the Cuban custom roll concept, a single roller, rolling what they are best at (in term of size and or shape). When custom rolls are made in Cuba by the master rollers of the country spread throughout hotels and LCDH’s they do not band their cigars, in fact when you buy a bundle its ribbon wrapped. Their work is their signature, being able to tell who rolled the cigar by its size/shape/construction.

We stayed completely true to this Cuban concept and tradition for Reina, and Jose was in agreement after he finished his first wheel and smoked the blend.

This rendition of Colmena is as pure as you can get. 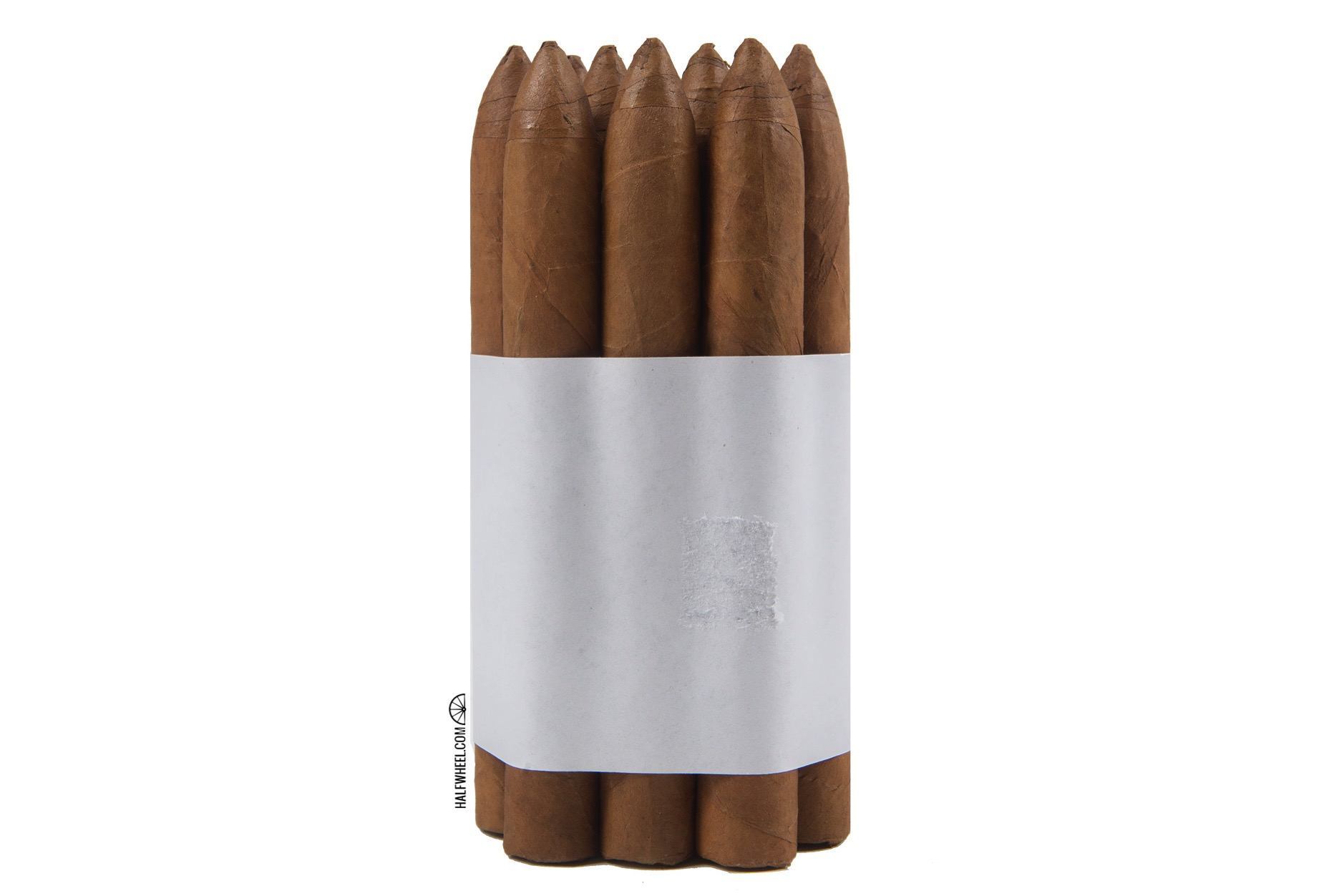 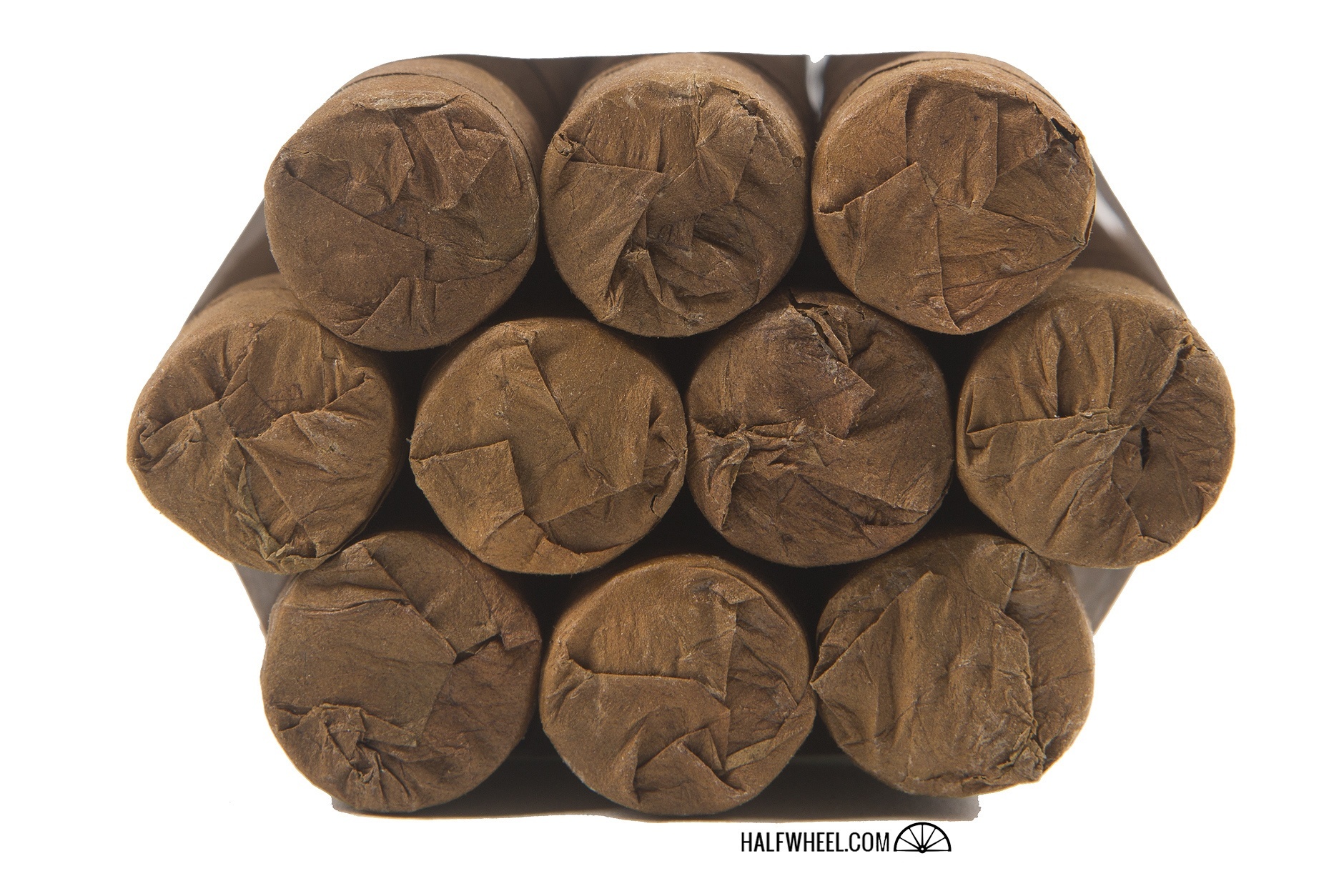 Like the other cigars in the La Colmena line, the Reinas are rolled at El Titan de Bronze factory in Miami, Florida. The new release is limited to 2,000 total cigars, each carrying an MSRP of $16.50, with bundles of 10 retailing for $165.

There have now been five releases in the La Colmena line. 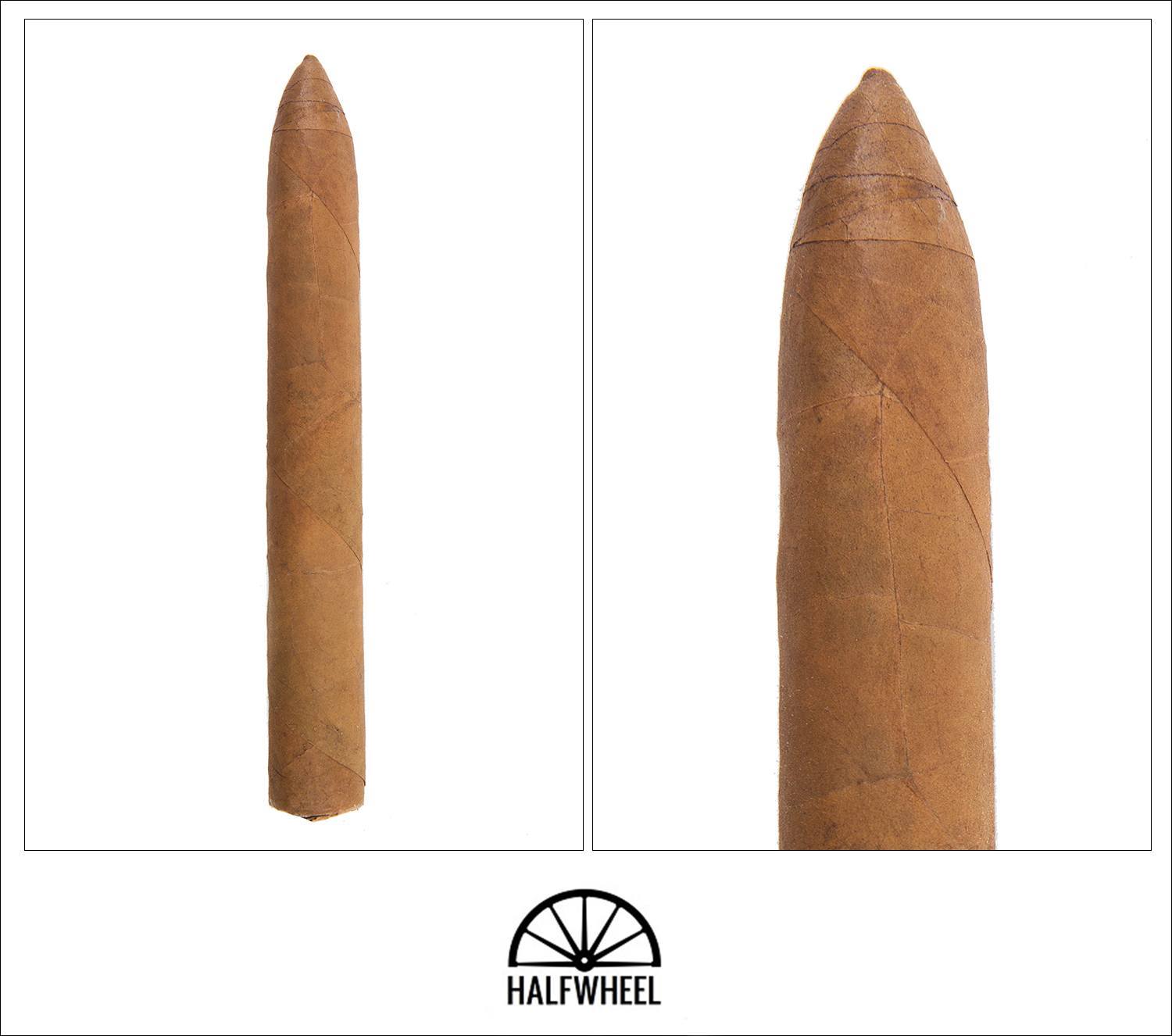 Covered in a light golden brown wrapper that is silky smooth to the touch, the La Colmena Reina features both a torpedo cap and a covered foot. There are plenty of veins visible, but no sign of oil at all, and the cigar is quite spongy when squeezed. Aroma from the wrapper is a combination of light cedar, nuts, creamy leather and manure, while the cold draw brings flavors of oak, vanilla sweetness, leather and a touch of pepper.

The first third of the La Colmena Reina starts out with overt flavors of creamy oak, leather, espresso, peanuts, grass and white chocolate, as well as a very distinct honey sweetness on the retrohale that gets stronger as the first third burns down. The finish is both creamy and bitter, with a bitter espresso note showing up every once in a while. Construction-wise, the draw is just a tad open for my tastes, albeit still within normal standards, while the needs a couple of touch-ups to keep from running away. There is some significant pepper on the retrohale, along with just a touch of spice on my tongue, but both seem to be receding as the first third comes to an end. The overall strength is virtually nonexistent so far and ends the first third well short of the medium mark. 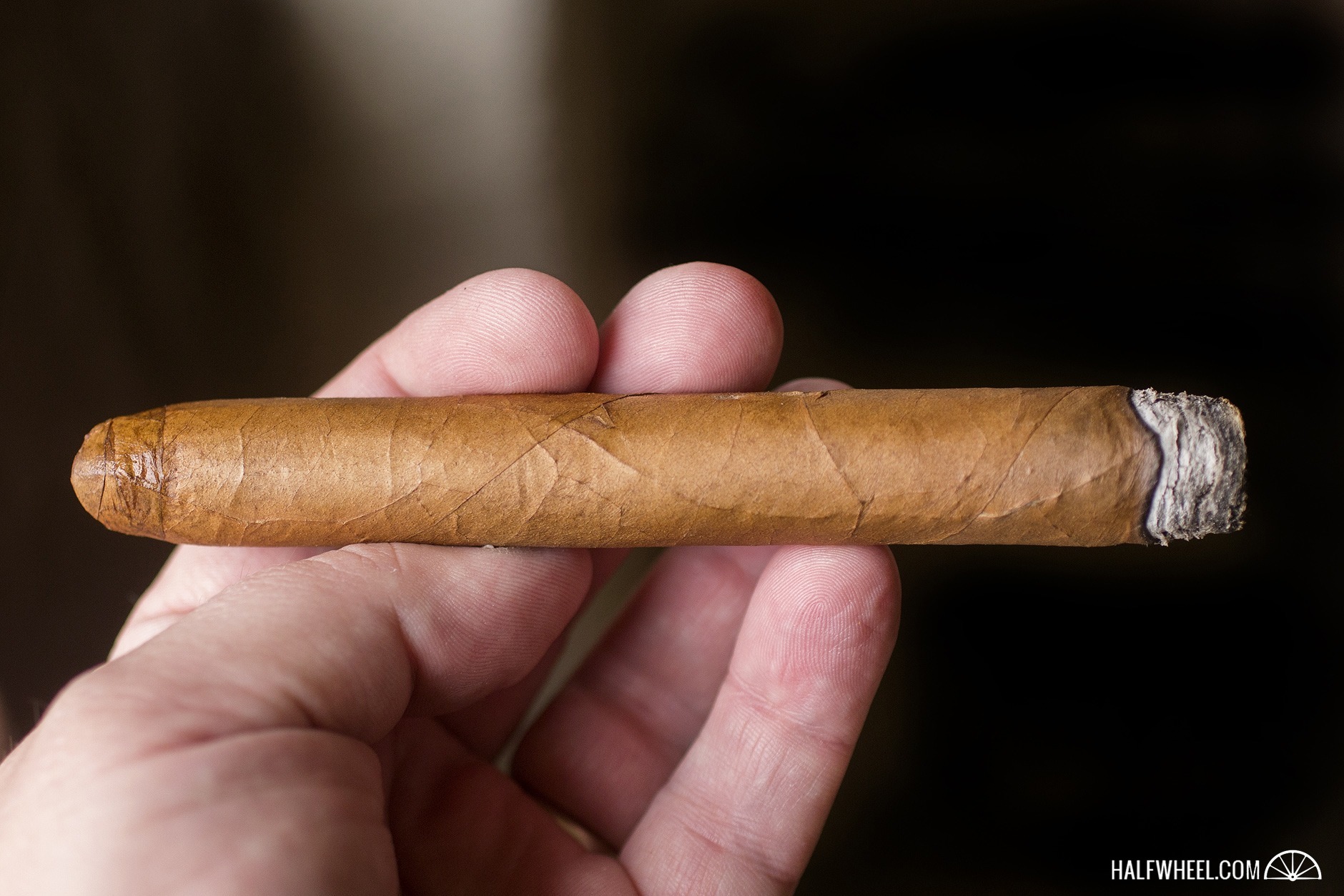 The sweetness in the profile shifts quite a bit in the second third of the Reina, morphing into more of a vanilla bean note that really combines nicely with the pepper that is still present on the retrohale. Other flavors of hay, milk chocolate, creamy leather, peanuts and espresso flit in and out and I begin to notice some tart lemongrass on the retrohale right around the halfway point. The burn has evened up nicely, while the draw has tightened up considerably, and although the smoke production is far from overwhelming, it is still more than average. Strength-wise, the Reina has issues getting to a medium, but finally manages to just as the second third comes to and end. 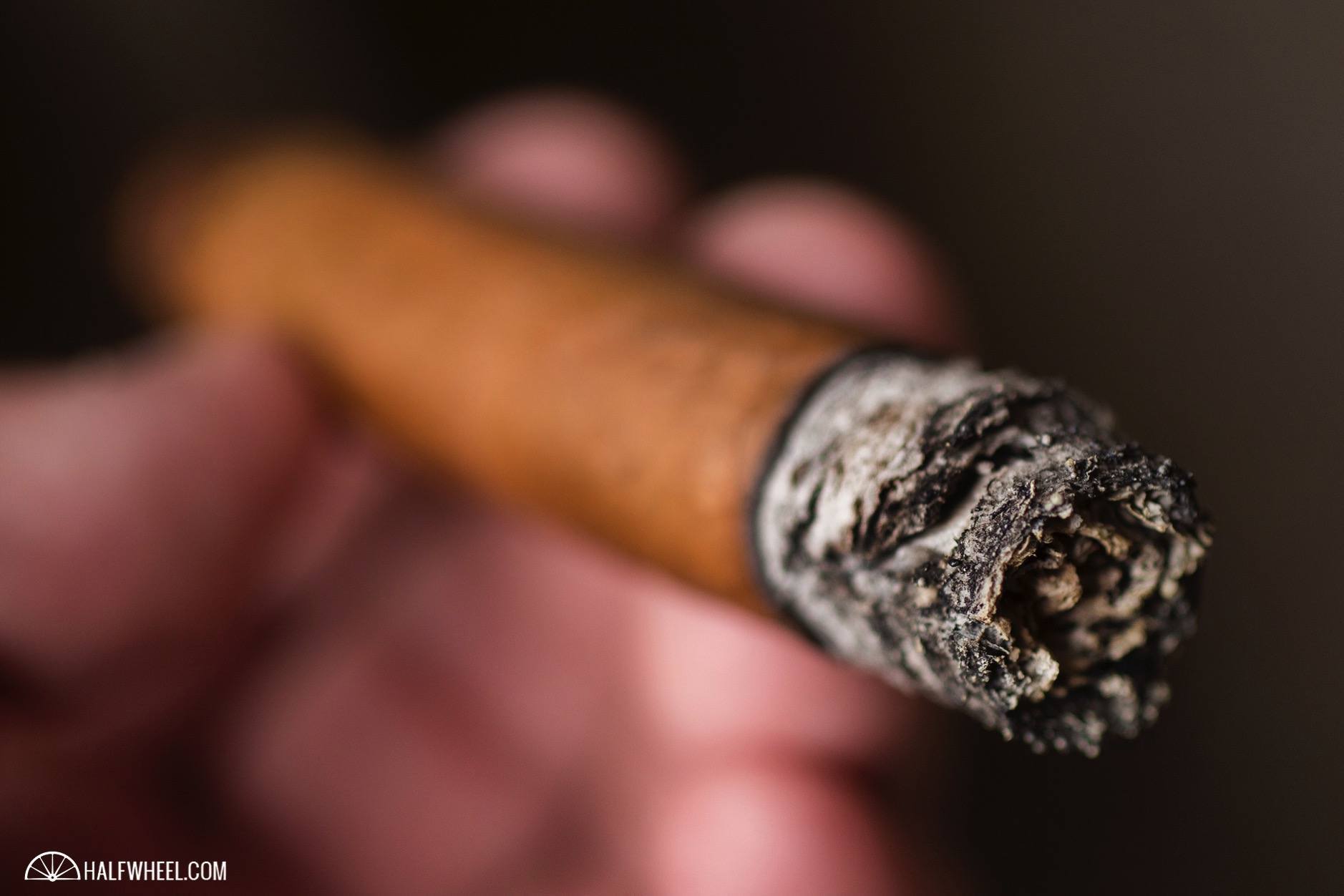 There is not much change in the profile from the second third of the Reina and that is a very good thing. The vanilla bean sweetness is still very much present on the retrohale, as is the pepper note, but the spice that was present on my tongue from the first third is long gone. The tart citrus note is still noticeable everyone in a while, but the main flavors in the profile include bitter espresso, dark cocoa, hay, leather, creamy nuts and a touch of oak. Both the burn and the draw continue to be excellent until the end, but the strength stalls out just north of the medium mark by the time I put the nub down with less than an inch to go. 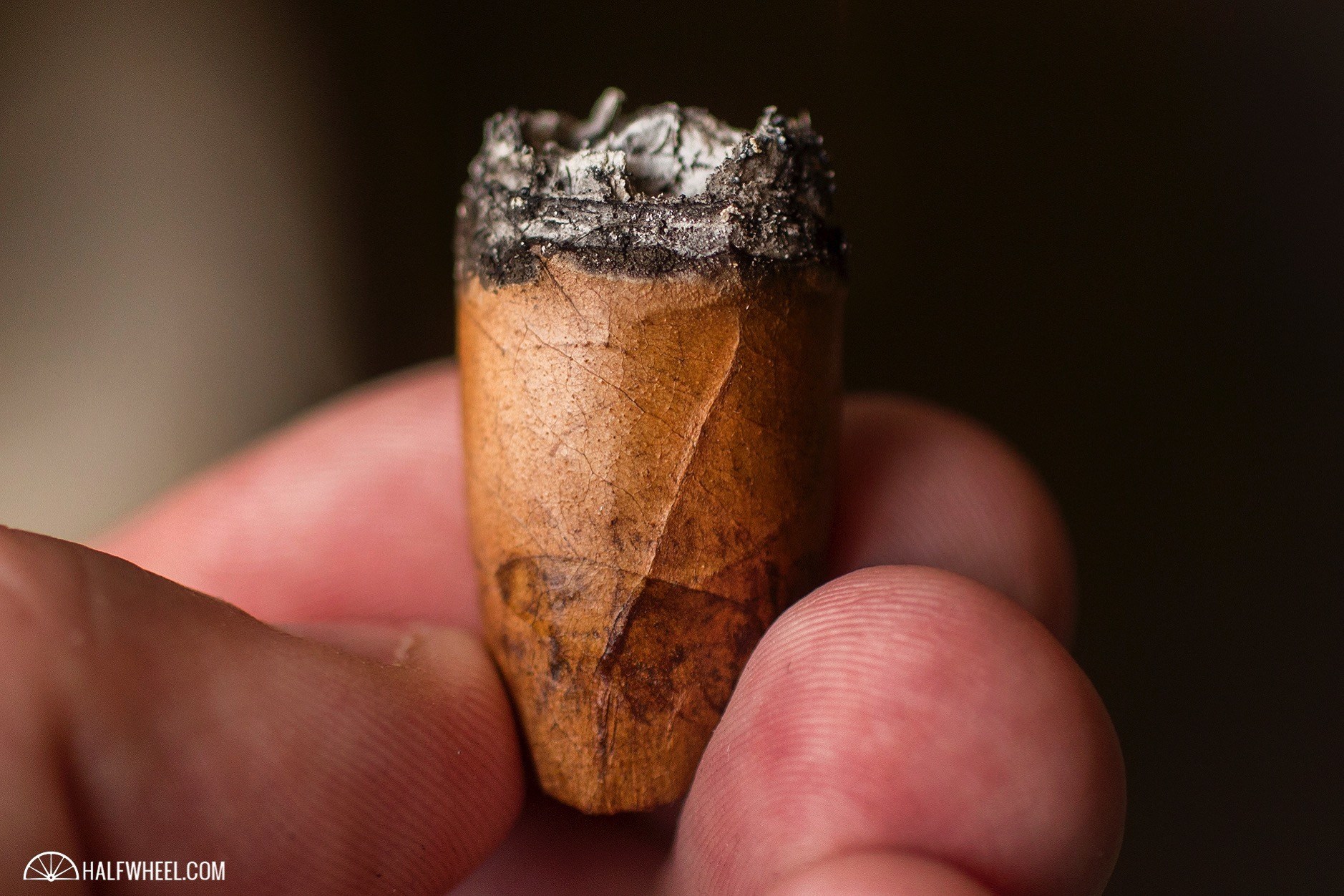 I am a big fan of what I have smoked from Warped, and the La Colmena Reina is no exception. Compared to the El Oso line, the newer releases seem to be more delicate, both physically as well as in terms of the profiles, something I am certainly more than ok with. With that said, the Reina is extremely well-balanced and has quite a few nuances that will be very easily lost if you don't take the time to enjoy them. Yes, the price is expensive, but I can tell you the flavors, construction and profile are all on point with this release and is easily one of the best Warpeds I have smoked.