Last year Warped Cigars relaunched the company, jumping back into the market with not only an impressive lineup of cigars, but some beautiful accessories as well.

One of the particular hits was the La Colmena Unico Especial. Not only did it take 10th place in the halfwheel 25, but it also took sixth in the Packaging Top 10. So when it was announced that they were releasing a small number of cigars that were a tweaked La Colmena blend in the same size as the Unico Especial, I was immediately intrigued.

Dubbed Black Honey, the new La Colmena blend was modified with a little more viso and featured a Ecuadorian habano oscuro wrapper used on the EL OSO line. The cigars were also rolled around a year ago, so they were delivered to the 13 retailers chosen already with a year of age on them. 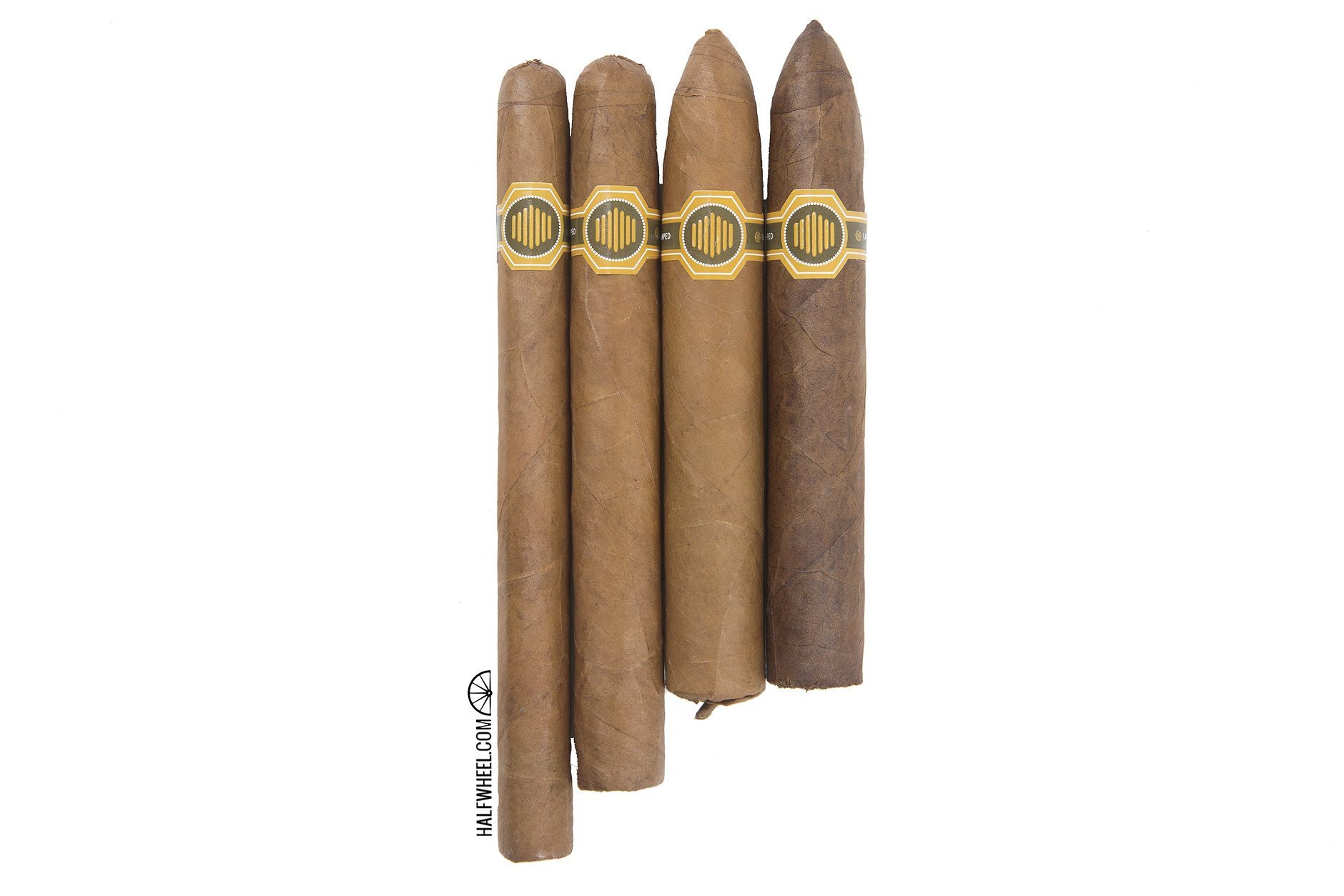 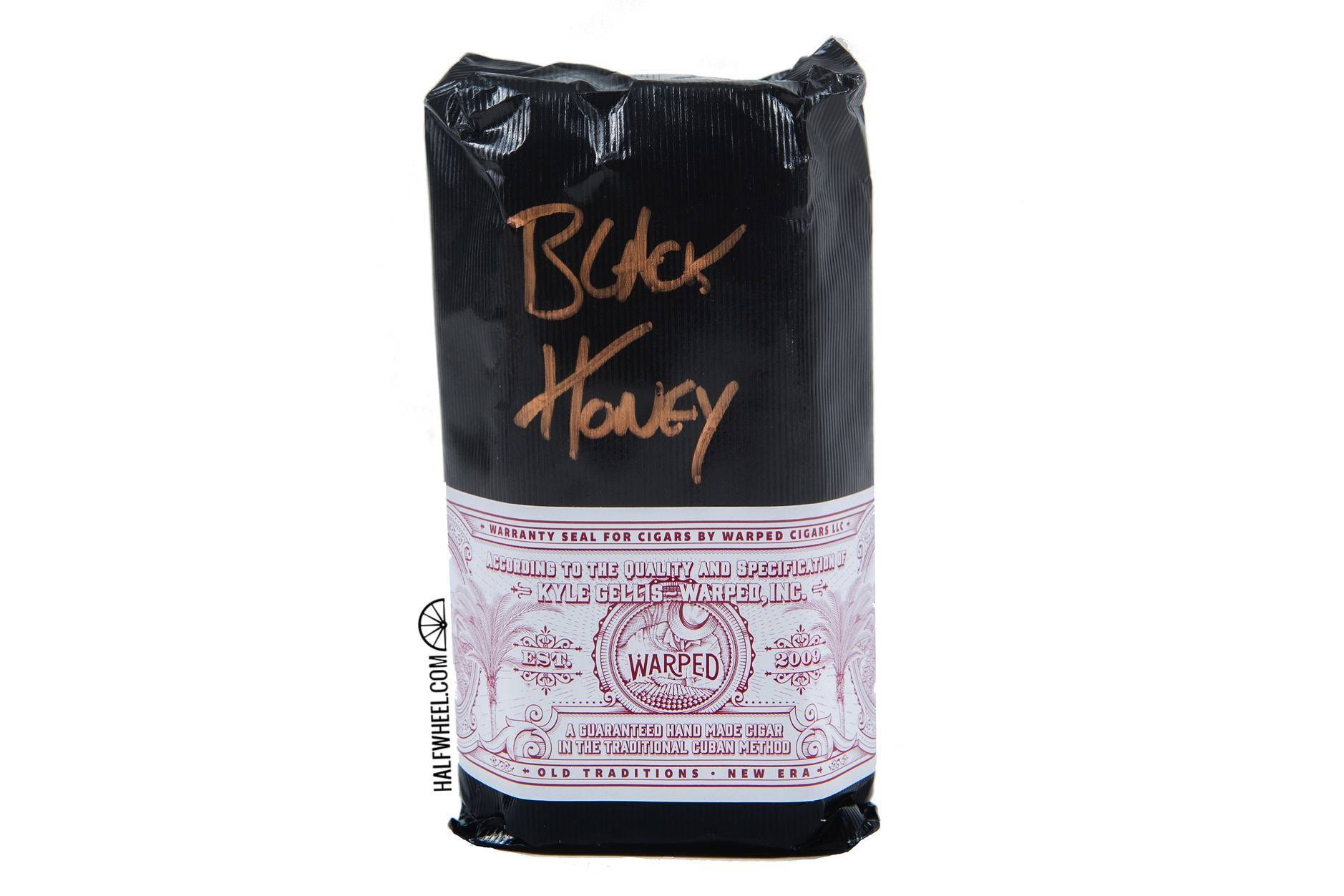 Another difference was that these were put into bundles, unlike the Unico Especial’s round tin packaging. 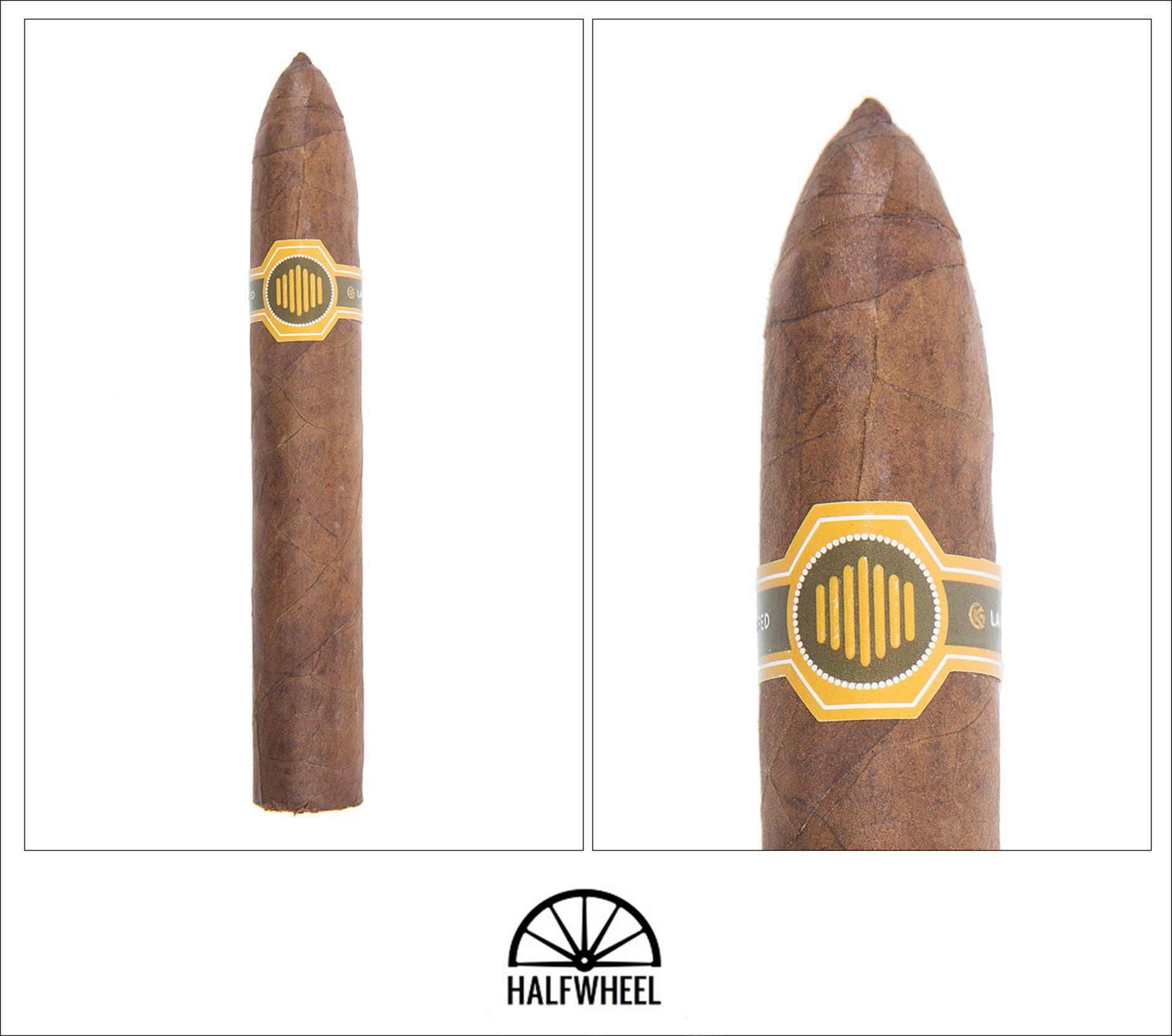 Holding up the Black Honey next to the Unico Especial, there are only very subtle differences between them. They both have the same La Colmena band, though the Balck Honey’s wrapper is a slightly darker brown and is a little more mottled than the Unico Especial. It’s not as pretty, but is still a very good looking wrapper. Also different is the foot of the Black Honey, opting for a clean cut foot in lieu of the covered foot with a twist. The wrapper has a slightly sweet hay aroma to it, but that’s about it. The cold draw has a light peppery spiciness to it along with some more hay and a sweet vegetal note.

Starting out, the first third has a strong barbeque note, which is made of up sweet smoky peppers, wood and spices. Only a few puffs in and the profile shifts slightly from the smoky barbeque to just black pepper, sweet peppers and some oakiness. The burn is spot on and the stark white ash is very compact, not looking like it will drop off anytime soon. Smoke production is in the medium range, not overwhelming but enough to be satisfying. The black pepper has died down a bit and while there is still a pepper note the sweetness has moved to more of a caramel note, alongside the oak and spice. 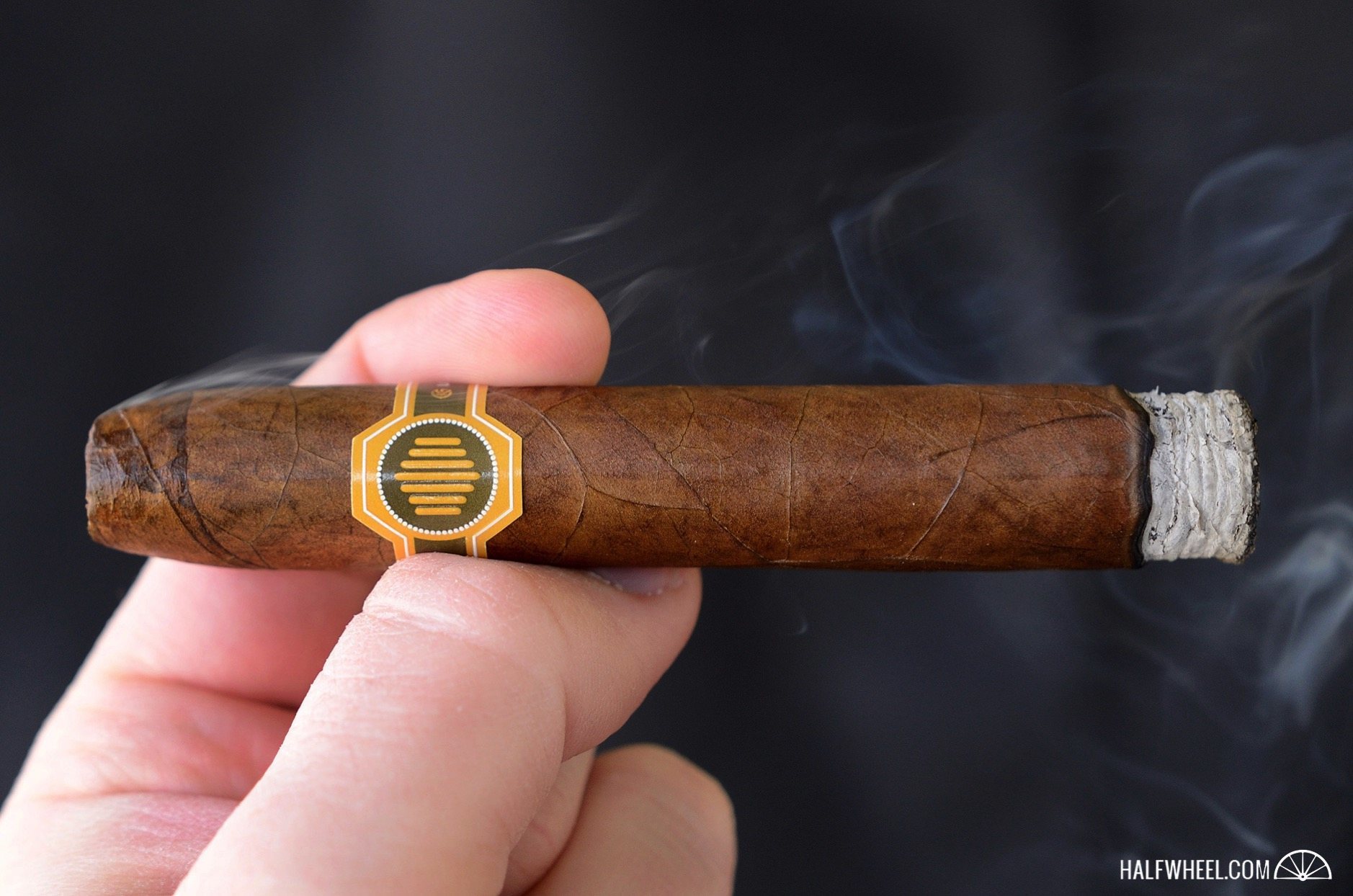 As I start out the second third the black pepper and spicy peppers move further into the background as the caramel, oak and spice mingle while new floral and light citrus notes join the profile. The burn continues to be almost perfect, with just the slightest need for a touch up around the halfway mark. Ash continues to hold on strong, probably able to hold past an inch, though that’s where I’ve been rolling it off. A quick retrohale brings back much of the missing black pepper, though the primary note on the retrohale seems to be fresh hay and more citrus. Up until now I wouldn’t have put the strength of Black Honey at much past a medium, but it seems the strength has been sneaking up on me and it has positioned itself a more of a medium full. 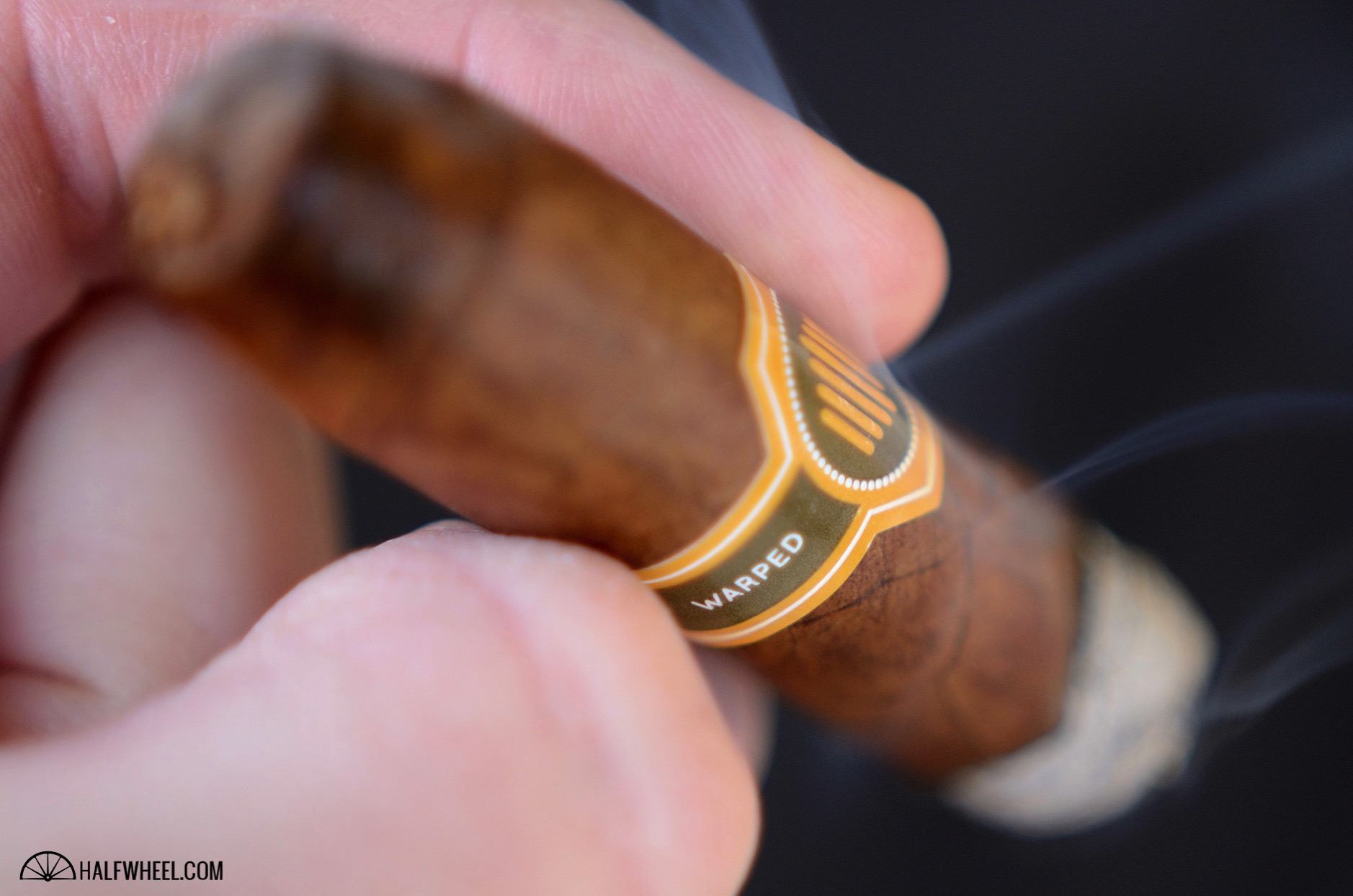 The final third sees the spice grow along with a cocoa note that has appeared, and combined with the caramel and oak the La Colmena has a very pastry like profile at the moment. Floral, citrus and black pepper notes are still around, but have moved well into the background. While the burn isn’t as sharp as it’s been for the rest of the Black Honey, it’s only become wavy and doesn’t require a touch up. The cigar finishes smoothly despite the stronger blend, the only letdown for me being the fact that there’s not more to smoke. 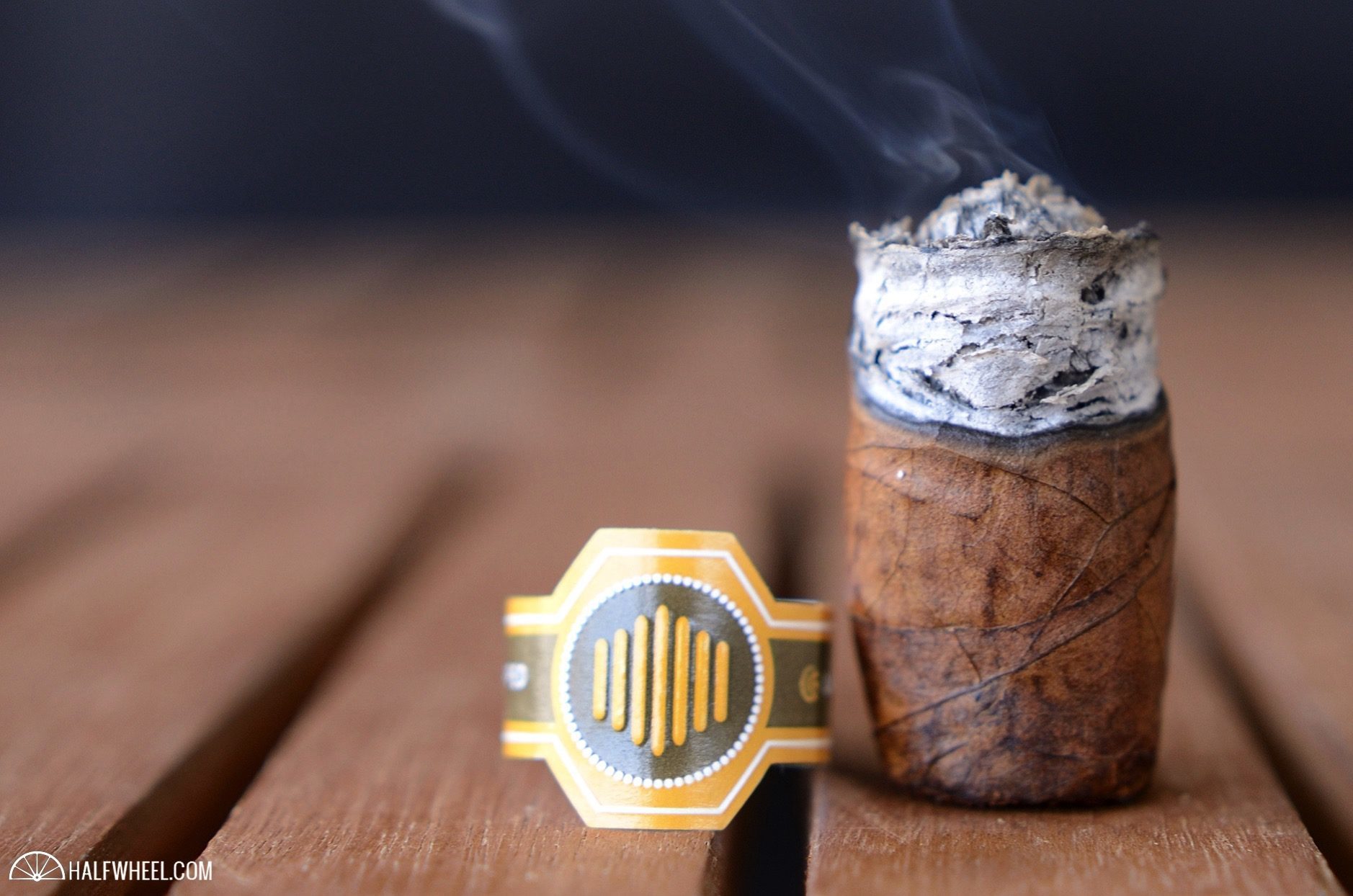 As I stated above, as soon as these were announced I was intrigued and wanted to try them. I’m a fan of the regular La Colmena line and wanted to see what the tweaked blend offered. It turns out the Black Honey offered a different enough experience to stand on it’s own, while still producing a quality enough experience that one wouldn’t be disappointed to compare to the Unico Especial. The construction was fantastic and the profile started out good and developed into great, giving me a slightly different and enjoyable flavor experience in each section. I could easily suggest picking up a bundle of these, but the only issue is that you’ll almost certainly be looking for them on the secondary market.