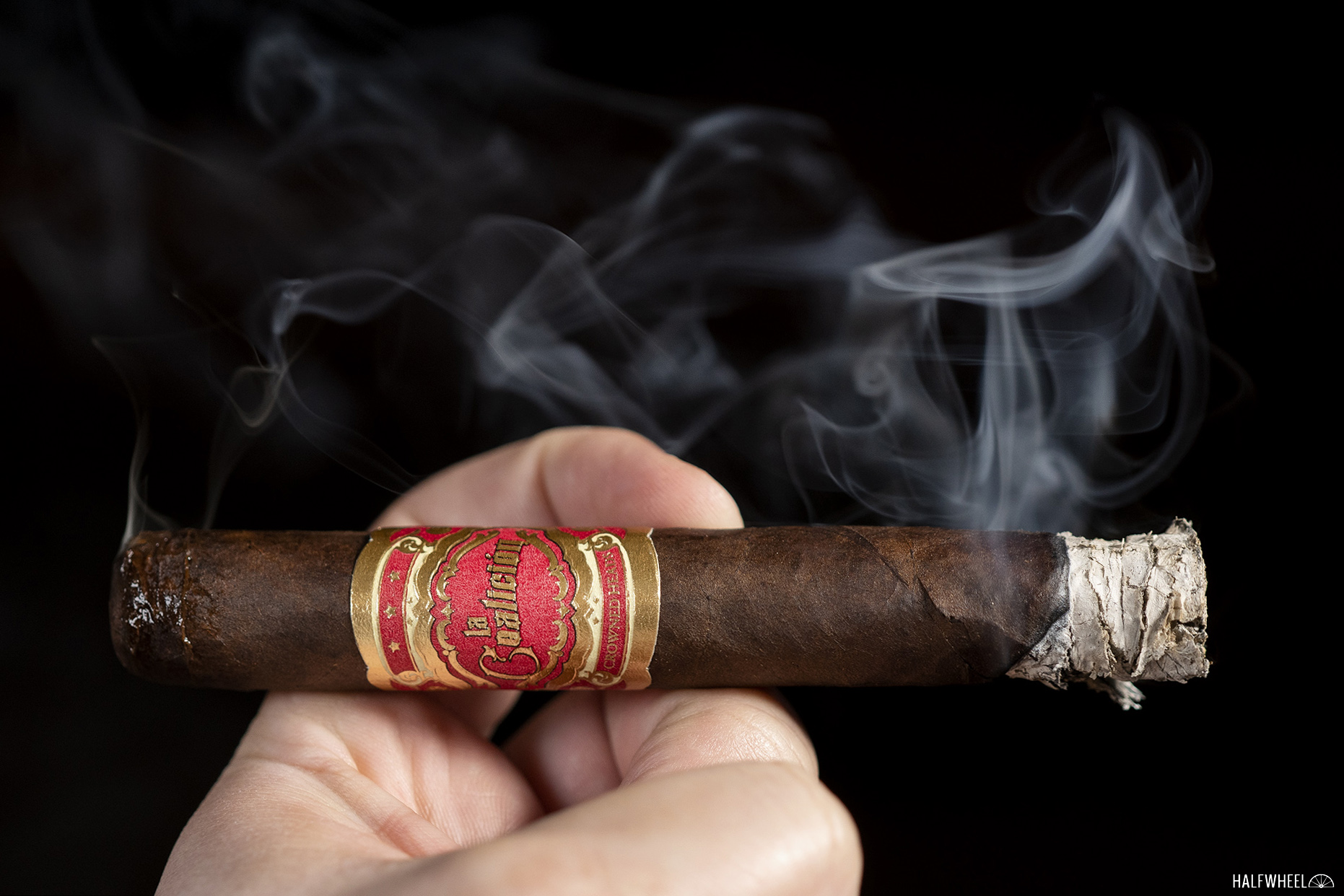 In the last year or so, Crowned Heads has increasingly turned to Drew Estate to produce some of its new cigars, four lines to be exact. Three of those releases—Buckeye Land and two Paniolo Especiale releases— have been limited in one form or another, the lone exception is La Coalición.

It’s a four-size regular production line that uses a Connecticut broadleaf wrapper over a Sumatran binder and fillers from the Dominican Republic and Nicaragua.

The name is Spanish for the coalition, something Crowned Heads wanted to highlight between the two companies.

“Willy Herrera and I share a similar vision towards the tradition and artistry of cigars, blends presentation, and so forth,” said Jon Huber, co-founder of Crowned Heads, in a press release. “What you’re going to see with La Coalición is truly a collaborative effort on every level between Crowned Heads and Drew Estate, and between Willy Herrera and Jon Huber.” If I just had to look at this cigar, I would have guessed that it would have come from a Dominican factory, not Drew Estate. The way the cap is applied just seems a bit different than what I expect from Drew Estate, though I’m not sure how accurate my feelings on this are. The quality of the roll could be a bit better on each sample, though the dark wrapper certainly hides a fair bit of the imperfections. Aroma from the wrapper smells a bit dusty with some barnyard, albeit without any sort of acidity, and something that seems similar to concrete. There’s a lot more going on through the foot: sweetness, brown sugar, earthiness and a touch of yellow mustard, all of which combine to make for a medium-full profile. The cold draw has some pecan roll, cinnamon whiskey and a touch of floral flavors.

The first puffs of La Coalición start sweet and chewy with some earthiness and prunes, an enjoyable medium-full profile. With each puff, the sweetness seems to reduce itself, and eventually, I’m left with an earthy profile that has some stone, mustard, a barrel-like profile and a mild kiwi sweetness. Retrohales continue the parade of earthiness, adding a bit of burnt chocolate chip cookies. Flavor is full, body is medium-plus and strength is medium-full. A touch-up is needed on two of the samples to keep the cigar burning, though the burn line itself is very even.

While the profile itself is still quite earthy, the second third of the La Coalición has a lot more burnt characteristics. There is burnt coffee, burnt meats and generic charred flavors, not the normal toastiness I describe. At times, there’s a burn that comes in and adds a different dimension to the profile; normally that burning sensation manifests itself as either pepper or harshness, but this is different and enjoyable enough. Retrohales are sweeter with oranges and lemons, though some of that might be amplified by the fact it’s a flavor that is neither earthy nor burnt. The finish is herbal with some bad ground black pepper, not my favorite combination of the bunch. Flavor is medium-full, body is medium-full and strength is medium-plus. Construction would be fine if I was just smoking this cigar for pleasure, but burn issues mean each cigar loses marks on their respective scoresheets. There’s finally a change in the upfront profile of the La Coalición: water chestnuts and a mild coffee flavor take over from the earthiness. Towards the one-inch mark, I get some added creaminess and black pepper, though it’s all a little too late. Retrohales have a big nori flavor—dried seaweed for those of you not fluent in Japanese food terms—which is great. The finish is a mixture of peanut butter and nori, which admittedly sounds gross but is fine for a cigar. Flavor finishes medium-full, body is medium-full, while strength remains medium-plus. The construction continues to be a problem and eventually—despite an improved flavor profile—I put the cigar down in frustration. 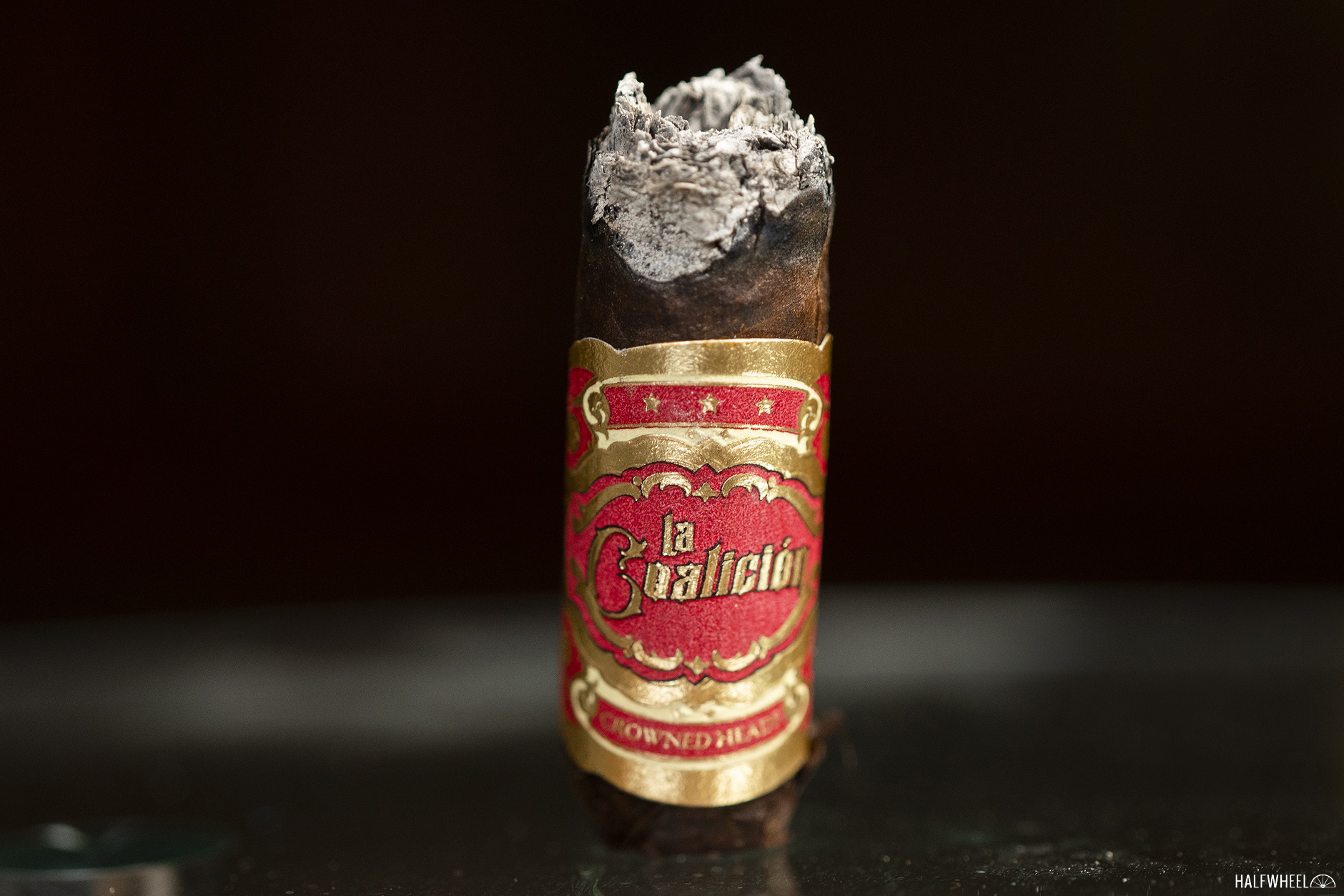 I’ve smoked five of these—three from a store and two prerelease samples—and none of them have burned correctly. For those wondering, only the three that were purchased factored into this review. I’m not sure if this is a problem with just these five, the size or a larger indictment of the blend itself. There were times in which the La Coalición showed promise, but touching up a cigar 6-8 times of any size, let alone this small of a cigar is a problem. Given all that, I’m not sure what to make of the blend as a whole, but my experiences were subpar.