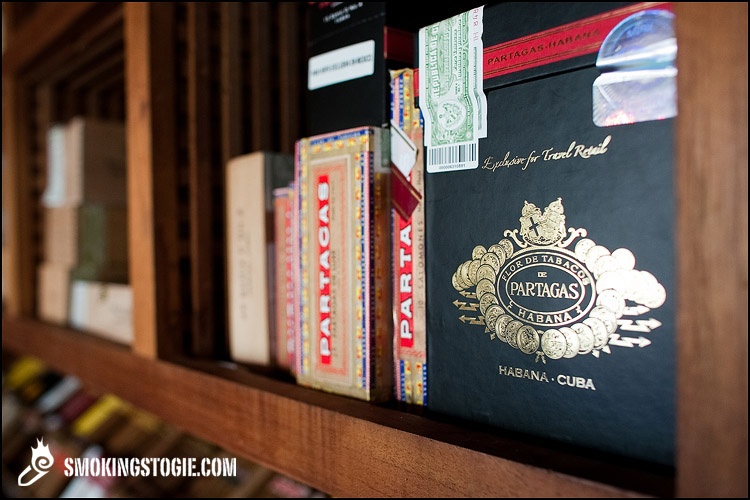 I recently traveled to Playa del Carmen for work, and thought I would stop by the LCDH there and see how it is situated, and gather some info for anyone who is planning on going down there since it is NOT easy to find.

It is an extremely small store (only one room with a bar on one end and a small humidor), about seventy-five square feet if I had to guess. Despite the size, it did have quite a few newer releases, including a few of the new Partagas P1 Jars. However, be aware that the prices are about 30% higher than MSRP on just about every stick sold.

Unlike the La Casa del Habano in Cancún, this LCDH does not sell custom rolled cigars but they do have a great (smallish) bar, which will make a great mojito with Cuban rum. While there is not much room inside to sit, there is an extensive outside patio with many chairs and couches. This is also the only LCDH that features Hookahs on site.

The La Casa del Habano in Playa del Carmen is located at: 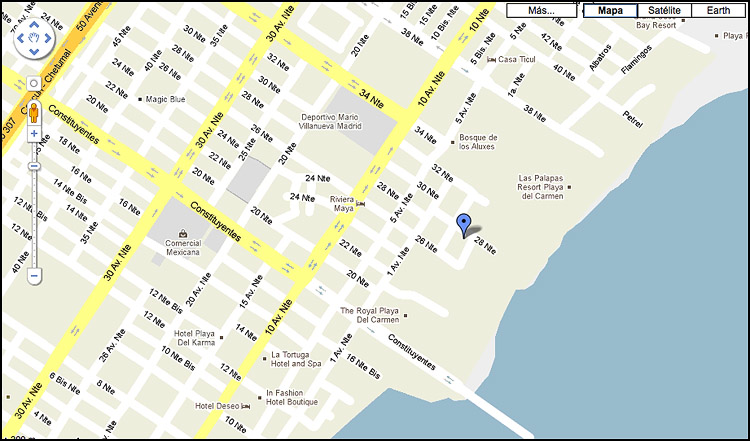 For landmark purposes, it is located a few blocks from 5th Avenue, down 28th street across from Mamita’s Beach Club (the cab drivers know Mamita’s, so you can just ask for there if you are taking a cab). It is inside a strip mall, but it is a separate enclosure at the far end made entirely of glass.

Here are some photos of the store, both inside and outside:

The outside of the store: 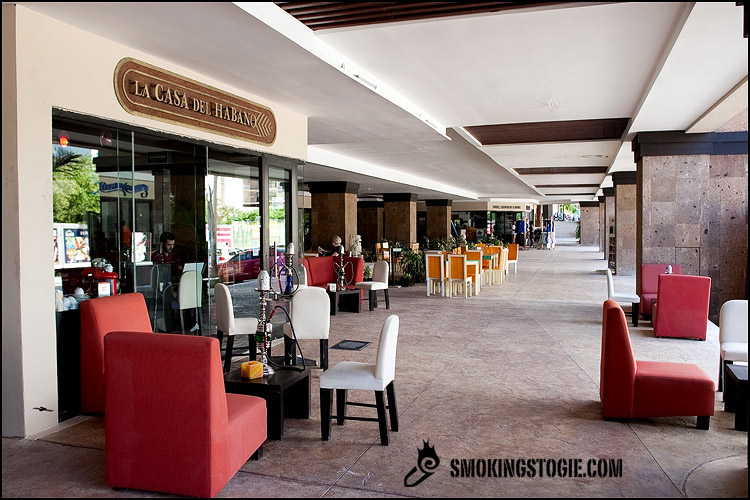 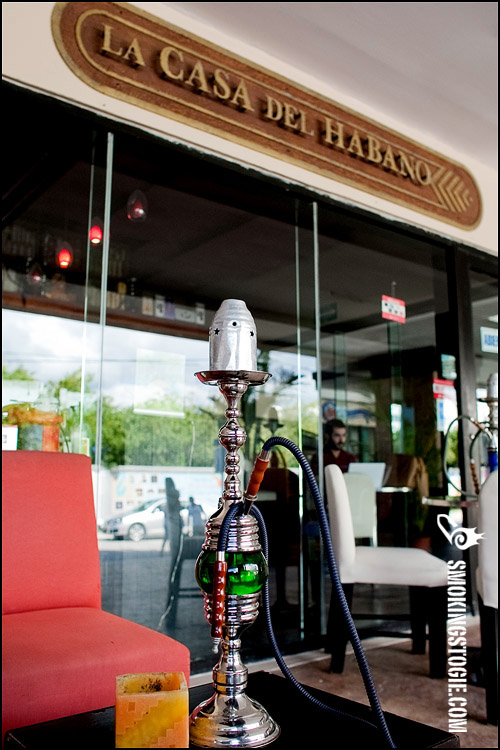 An example of one of the Hookahs… 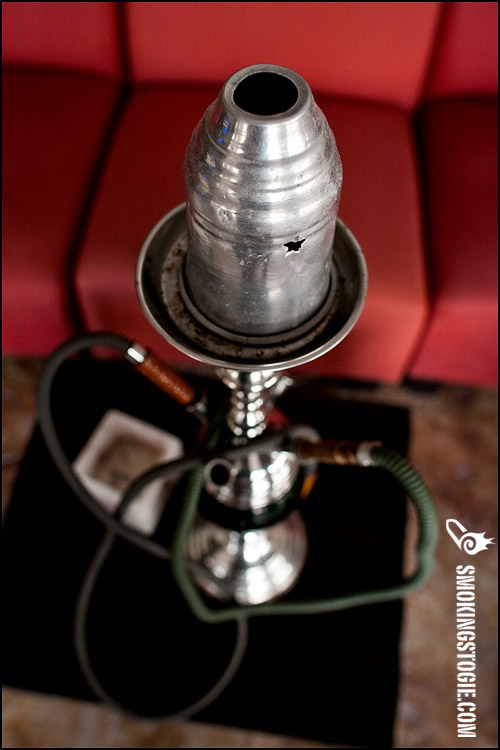 When you walk in the (glass) door, the humidor is directly in front of you: 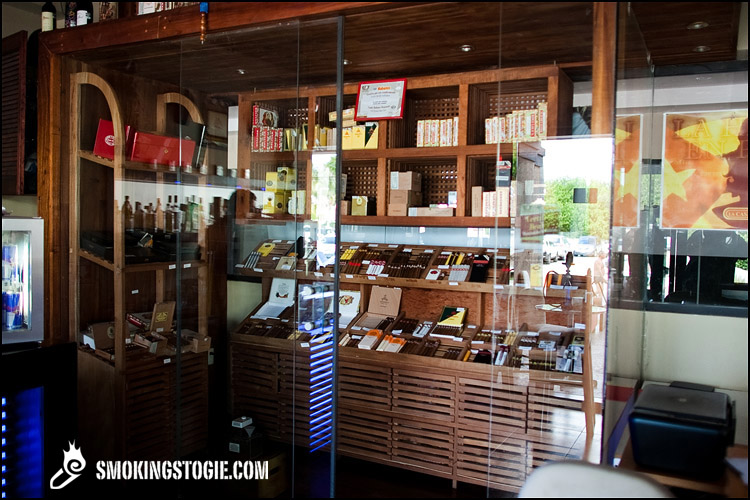 If you turn to the left, you see the bar… 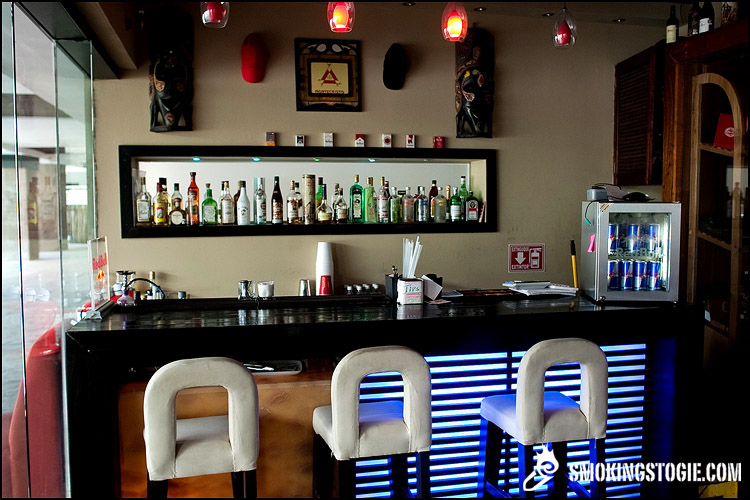 Inside the Humidor, there are plenty of cigars (of course)… 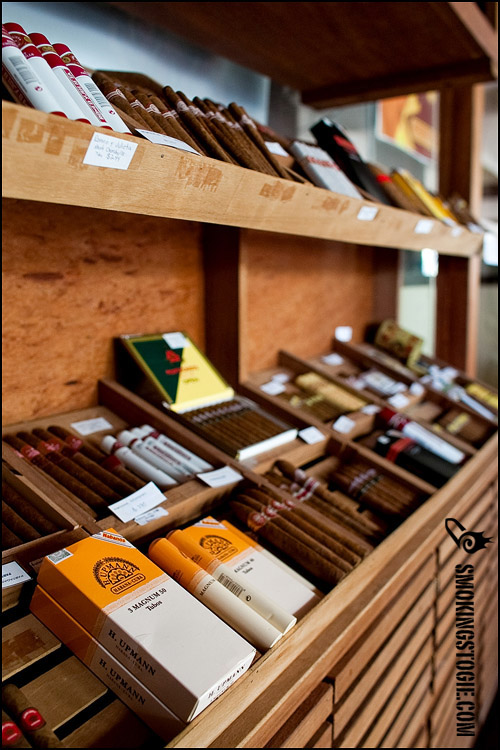