Back in 2016, Tony Bellatto of La Barba Cigars released one of the most aptly-named single vitola limited editions of recent memory: One&Only. That cigar, a 6 x 50 toro, was centered around aged tobaccos, though only the Ecuadorian habano wrapper was specifically disclosed about the blend.

While the name may have been One & Only, it didn’t mean the idea was one and done.

The cigar—at least in name—would return in 2018, arriving at retailers at the end of September after being shown off at the IPCPR Convention & Trade Show earlier in the summer. Like its predecessor, the 2018 version is blended with aged tobaccos, though it is a different blend. The sophomore release uses an Ecuadorian habano wrapper over an undisclosed binder and fillers from the Dominican Republic, Nicaragua and Pennsylvania, with Bellatto saying that the tobaccos used are an average of 13-years-old. The La Barba One&Only is a long, thick cigar that checks in on the bigger end of the single-vitola-release spectrum of toros. It’s also rock hard on the first sample, dialing it back to just firm on the second sample while the third lands in the middle of the other two, though leans to the harder side. Otherwise, it sports a clean roll and pancaked cap that drapes evenly over its shoulders. The wrapper’s color falls somewhere between toffee and having a meaty redness to it, seemingly based on what kind of light is hitting it, and while prominent veins are sparse smaller ones seem to abound on closer inspection. There’s also a bit of oil covering the fine grit texture. The pre-light aroma from the foot is cool, mild and ever-so-slightly sweet, revealing its pepper only after several deeper sniffs except on the third sample, where it is more tightly intertwined. The cold draw on the first sample is as tight as I feared, with air movement labored and showing a bit of sweet cedar as its most dominant note. The second swings to the other side of the spectrum as it is fairly open and doesn’t show as much cedar, showing a bit more hay and wheat. The third once again falls in the middle of the other two, a bit firm but not feeling restricted, cloyingly sweet by way of apple usurping the lead position from the cedar. The first puffs of the first sample continue to show restricted air flow, and given the size of the cigar and the draw, I’m wondering just how long of an adventure I’ve got ahead of me. There definitely feels to be a lack of smoke in these initial puffs, but what I get has a very enjoyable and mellow pepper on top of a plain muffin core with some oily sweetness, and in the second and third samples the cigar has a chance to show these notes more fully and properly. The draw seems to be the reason for the burn line’s slow progression, taking about 30 minutes to make it its first inch and being stingy with the smoke production. The aroma has a very light campfire character to it, bright and more wood-forward than smoke-forward. For the palate, it’s milder and lighter, a bit of chalk starting to emerge and contend with subtle white pepper. 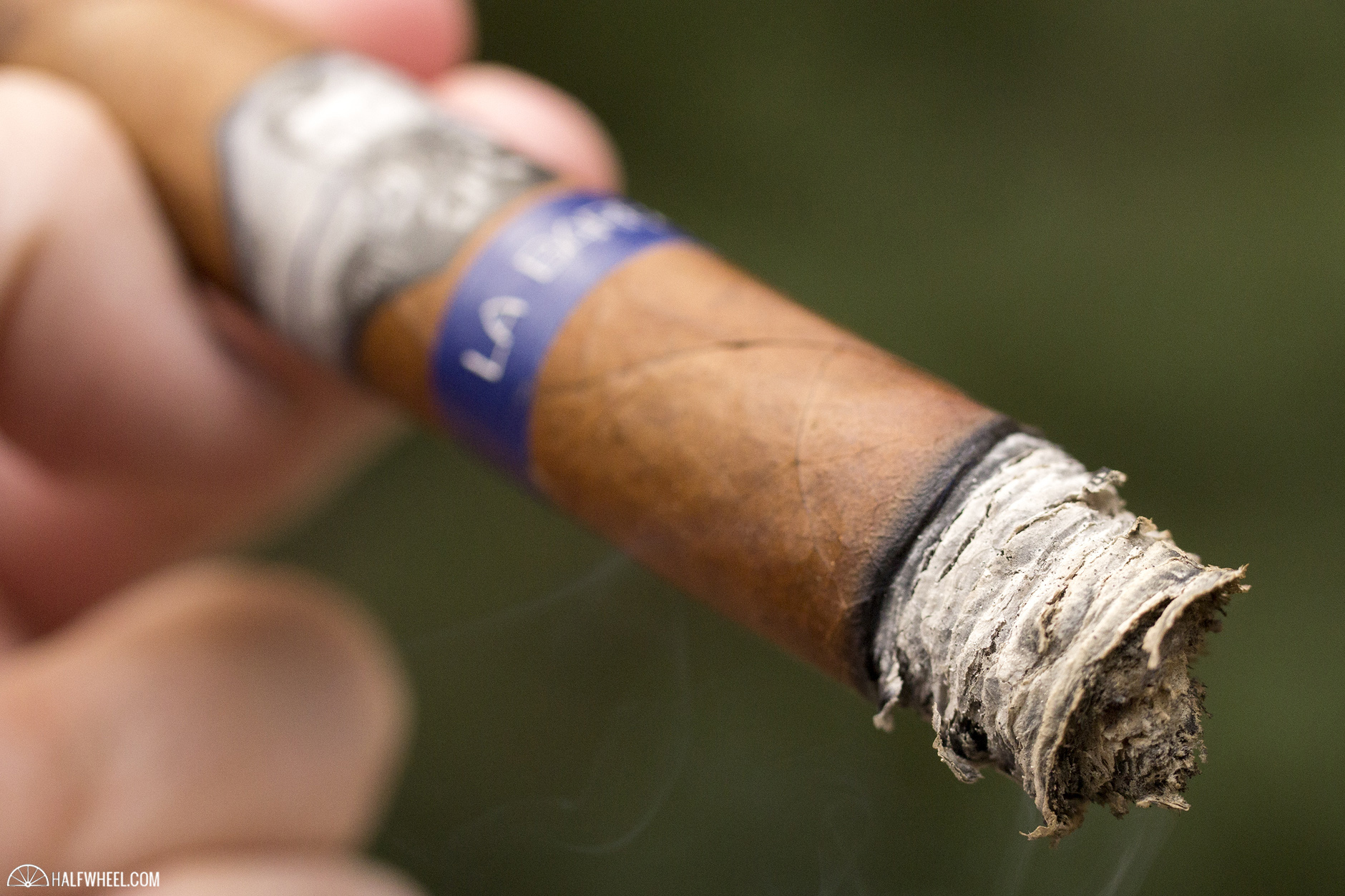 The tight draw on the first sample of the One&Only sticks around heading into the second third, which starts just shy of 60 minutes into the cigar. It’s not nearly as bad on the second or third samples, though the burn line still isn’t making haste up the cylinder. The cigar picks up more pepper for the nose and tongue, while the latter seems to get a bit more white pepper and chalk, a mouth-drying combination that feels like it is capable of showing more depth than it is currently doing. There’s a bit of sweetness beginning to enter the equation as I start eyeing the secondary band for removal, some sweet cedar that is juicy without being completely tongue-coating. 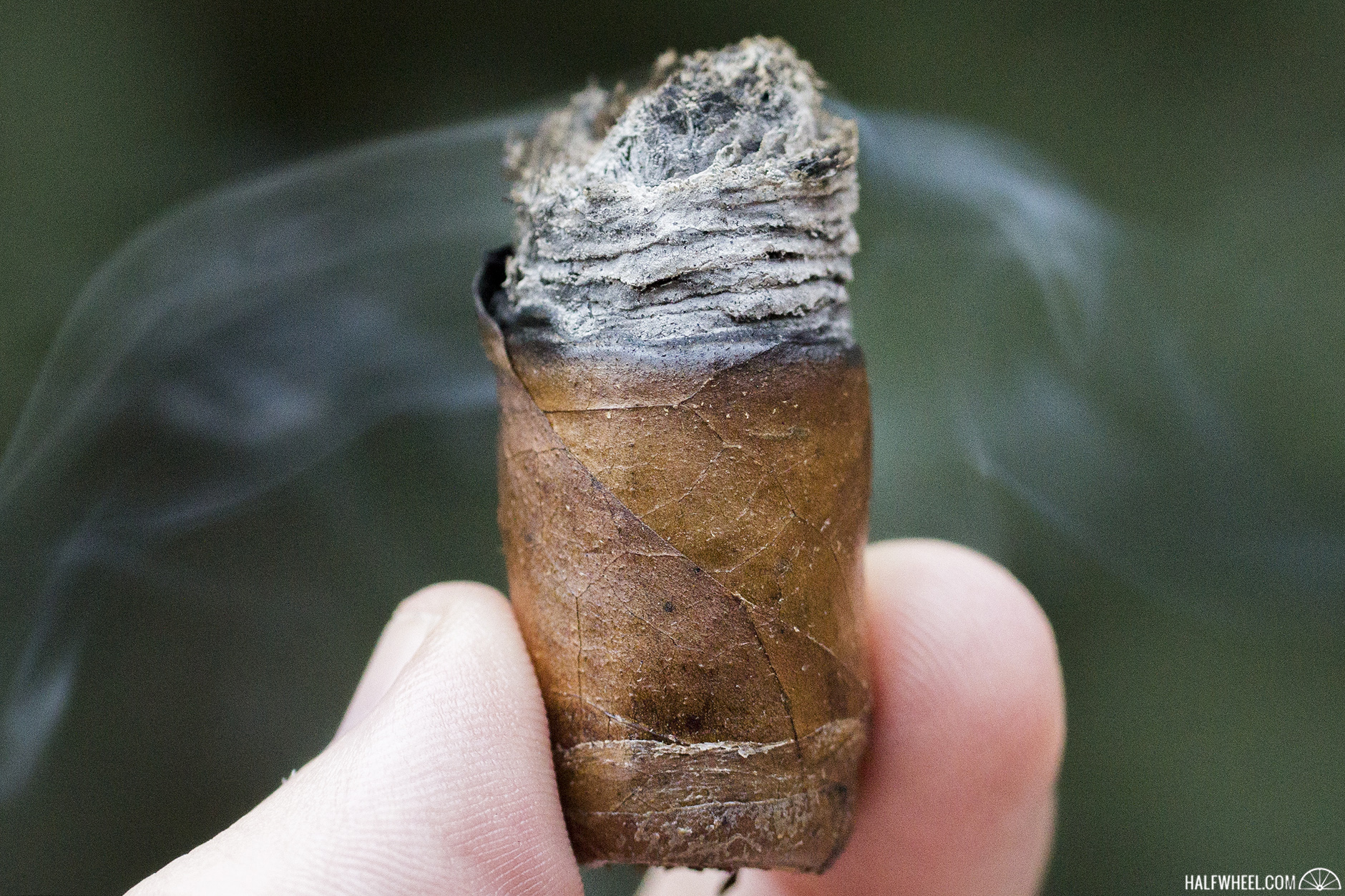 A tight draw continues to hamper the first sample as it enters its final third, and it seems to really be holding back everything that the cigar has to offer, something evidenced by the other two samples. The flavor from the One&Only is still led by white pepper and chalk, with a bit more of a mineral spin at this portion. There’s also a bit of very dry wood on the lips, which leaves a very lingering tingle throughout the lips but on the back of them in particular on the third sample. Just when there’s under two inches left, the cigar picks up a bit more of the white pepper and dry wood combination, which elicits a very strong tingle on the front half of the tongue as well as the lips. It’s the most vibrant sensation from the cigar, yet I can’t say it’s doing much to deepen the profile or show much in the way of progress. The final puffs continue to intensify the pepper and chalk, making each puff tougher to enjoy and more stinging on the lips.

While there was a bit of a Goldilocks problem with the draw on the three samples of the La Barba One&Only 2018 Super Toro, the flavor part of the equation seemed to always err on the side of too much sensory stimulation and not enough flavor development and depth. While I can recall some of the flavors I got from the One&Only, it's the dry, tingling sensation on the back of the lips that I feel will be the more lasting memory, and while it's not as bad as getting gut-punched by nicotine, it's still not my ideal way to think of a cigar. The One&Only was good enough to have me thinking that there's more to it than what I got, yet other than the draw issues I'm not sure what was holding it back. I might circle back to this one if I see it on a shelf somewhere, though it will be with a healthy dose of guarded optimism.