In early 2014, La Aurora announced plans to bring its image into the modern day by way of a new, boldly designed and blended cigar line that would be a departure from the company’s portfolio of more traditional, classic packaging. That cigar was called Untamed.

La Aurora is certainly a company with more than its share of heritage, dating back to its founding on Oct. 3, 1903 by 18 year-old Eduardo León Jimenes in the Guazumal neighborhood of the Santiago de los Caballeros province in the Dominican Republic. Since then, the company has remained in continuous operation, though like any company it wanted to make sure that consumers knew the company was staying modern while still honoring its history.

Building on the lion logo that was introduced in the 1920s, the Untamed features a much more aggressive design than the company’s other cigars, which have generally shown the lion at rest. This teeth-bearing predator was presented in gold with red claw marks on die-cut bands that were cut with wavy cut lines to generate edges and a more modern look.

“The goal was to show that La Aurora, still going strong after 111 years (and) understands the needs and preferences of the emerging modern cigar smokers,” said Jason Holly at the time of the line’s announcement. At the time, Holly was working in brand development for Miami Cigar & Co., which distributes La Aurora, and worked extensively with La Aurora on Untamed.

As for the blend, it featured a dark Connecticut broadleaf wrapper sitting atop a Dominican corojo binder and fillers from the Dominican Republic and Nicaragua. La Aurora heralded Untamed as its strongest offering to date, only to be topped in 2015 by the appropriately named La Aurora Untamed Extreme.

Released in October 2014, the line was offered in five sizes:

The Untamed Gran came in boxes of 16, while the other four sizes were offered in 20-count boxes.

Here’s what I said about the La Aurora Untamed Robusto when I reviewed it in September 2014: 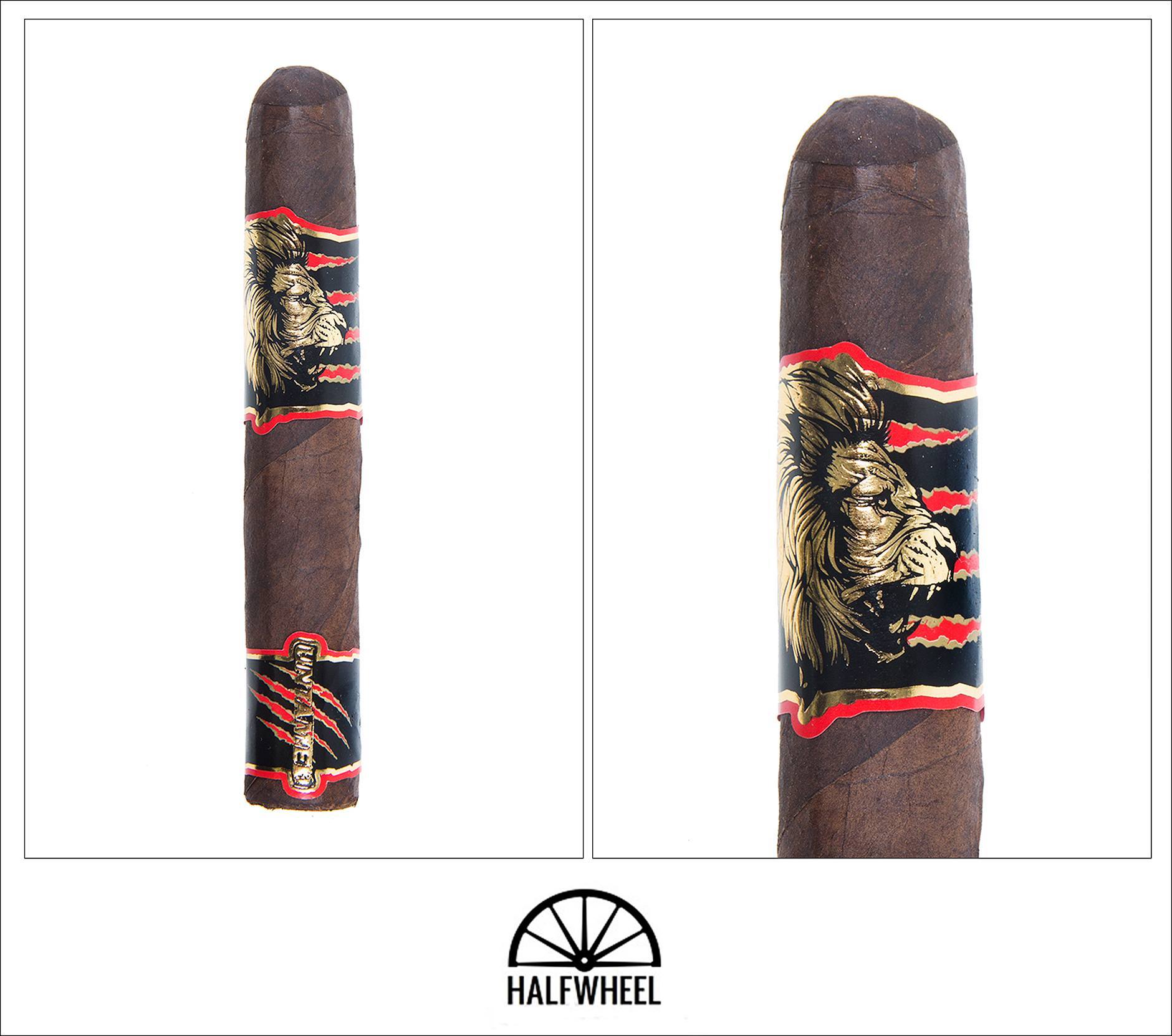 Even after four and a half years of rest, the Connecticut broadleaf wrapper still shocks me with how dark it is, seemingly almost out of place for something wearing a La Aurora band. The leaf has a few prominent veins, a bit of tooth and a velvet-like texture on the fingers, while still holding onto some of its oils as well. It looks well-rolled visually, but a gentle squeeze reveals some discrepancies between the head, body and foot in terms of how firm they are, with the latter the most receptive to some pressure. The foot of the cigar is fairly mild but has some presence to it; aromas don’t jump off but there is some earth and pepper to be found once they open themselves up. The cold draw is just a bit loose but a bit more forthcoming with flavors, offering both the earth and pepper again, as well as a very restrained blackberry sweetness.

Unlike myself in the morning, the La Aurora Untamed Robusto quickly wakes up and starts delivering a good bit of pepper and earthiness, probably a 70/30 split between the two, while sweetness hasn’t arrived yet but is hopefully on its way. The pepper is fairly straight forward black pepper, while the earth is a bit rocky, the combination of which results in a bit of throat irritation but nothing unmanageable. While I’m not smoking at a rate any different from my usual, the Untamed’s burn line is taking its own time to progress, with truly copious amounts of smoke produced when I take a more pronounced puff. Retrohales are more for emphasis than expansion of the flavors, delivering a quick, peppery punch whenever wanted. Approaching the midway point, the sweetness is yet to materialize in any appreciable quantity, and if anything the cigar is getting a bit more robust and rocky as the earth begins to change. I get a bit of a well-roasted coffee bean flavor at times, though it’s fleeting at best. The draw is still quite good, the burn line is generally even, and smoke production remains plentiful. Entering the second half, I’m beginning to feel some nicotine strength from the La Aurora Untamed Robusto, while my palate is feeling a more lingering finish of pepper and rocky earth. From there the profile begins getting even sharper and a bit more charred, with one puff near the start of the final third accelerating that progression and turning the flavor quite harsh on the palate. White and black pepper come together and give my taste buds the sharpest and brightest aspects of both, while the finish is dry and irritating on the back of the throat. Sweetness has never truly materialized, and given where the profile is at this point, I’m not hopeful it will appear. Strength continues to be quite full, though it’s overshadowed by the sensations in the mouth until I stand up and feel the cigar’s punch. Not content to just be working my taste buds and olfactory nerves, the pepper-heavy smoke now wants to give my eyes some attention, as the smoke now offers a sting for them as well. I was wrong about the sweetness, as a very off-the-radar white grape note come sin with just about an inch left, though it quickly gets pushed off the palate by the dry and rocky notes the cigar is putting front and center. The cigar comes to a conclusion after just shy of two hours of smoking time, though the nicotine strength has me feeling its effect for a good while after that.

Age hasn't affected the strength of the La Aurora Untamed Robusto, though it does seem to have eroded all of the subtler notes and balance that earned the cigar its score when it was new. The first third is by far the most enjoyable, showing the most complexity and engagement, with the second third beginning to mellow things out before things start to go south. The cigar loses almost every flavor it had tried to offer except its pepper and rocky earth, and while it's not a skeletal profile, it certainly lacks complementary flavors to put some meat on its proverbial bones. The construction and technical performance remain stellar from first puff to last, though it's small consolation to a flavor profile that has done quite a job on my palate. Maybe some additional time will show another side to this cigar, but for now the La Aurora Untamed Robusto feels to be past its prime.