La Aurora has announced a new retail product designed to give consumers the experience of being part of a tasting seminar, the La Aurora Training Kit Emerald. 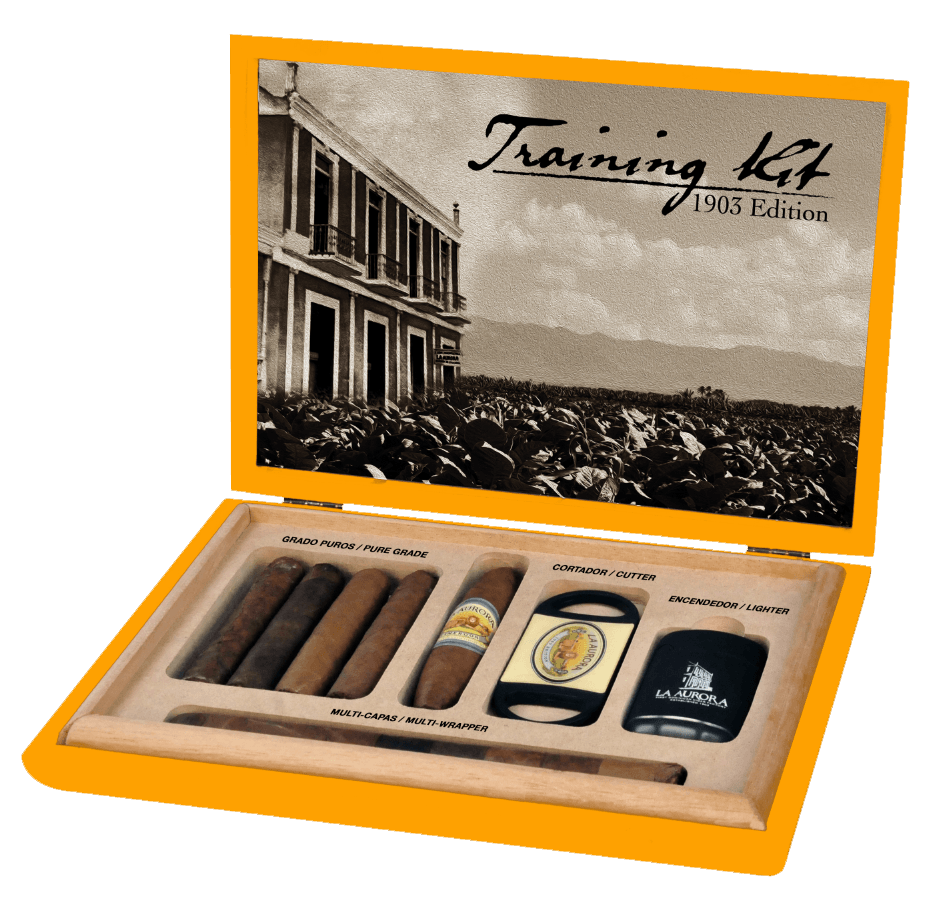 Included in each kit is four grado puro cigars, otherwise known as puritos–small cigars made from a single variety of tobacco that are used to test the quality of that tobacco. The kit contains a corona vitola of seco leaves, one of viso and two made of ligero leaves.

There is also a La Aurora 1903 Edition Emerald Doble Figurado #3, the cigar that is made up of the tobaccos showcased in the grado puro cigars, which includes a Dominican Cibao Valley binder and Ecuadorian Sumatran wrapper.

A multiwrapper cigar, which comes in a churchill vitola, shows the effect that the top leaf has on a cigar by showcasing the blend without a wrapper in the first segment, and then moves on to an Ecuadorian Connecticut, Ecuadorian Cameroon, Ecaudorian Sumatra, Brazilian arapiraca, American broadleaf and Dominican Republic corojo from the Cibao Valley. The seven stages promise to deliver a tour through the variety of flavors and aromas that are available from a cigar.

Rounding out the kit is a La Aurora branded cutter and lighter, as well as a booklet of instructions and a DVD featuring Guillermo León, president of La Aurora, who will show the viewer how to utilize the kit.

The DVD and instructional are geared towards cigar smokers of all experience levels, according to the company, as it promises to take the viewer into the world of sensory tasting of cigars. It can also be used to organize a cigar tasting event anywhere, without needing to have a brand ambassador or representative on hand to lead the seminar.

The company did not disclose the price of the kit of when and where it will be available, and did not respond to an email seeking those details. It is described as being offered to international markets.