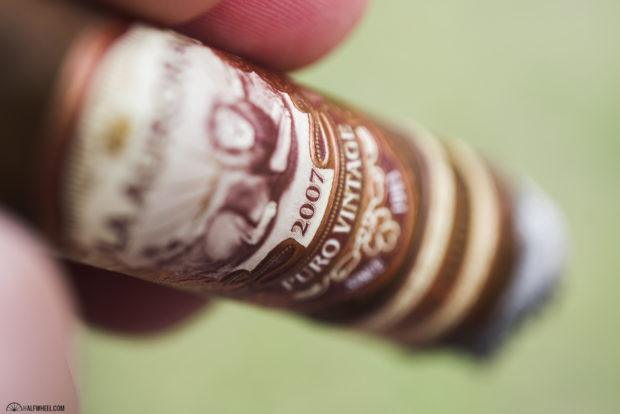 Cigar companies creating blends made up of tobacco from only one harvest year is nothing new, but one of the oldest examples is La Aurora Puro Vintage Series that debuted in 2008. 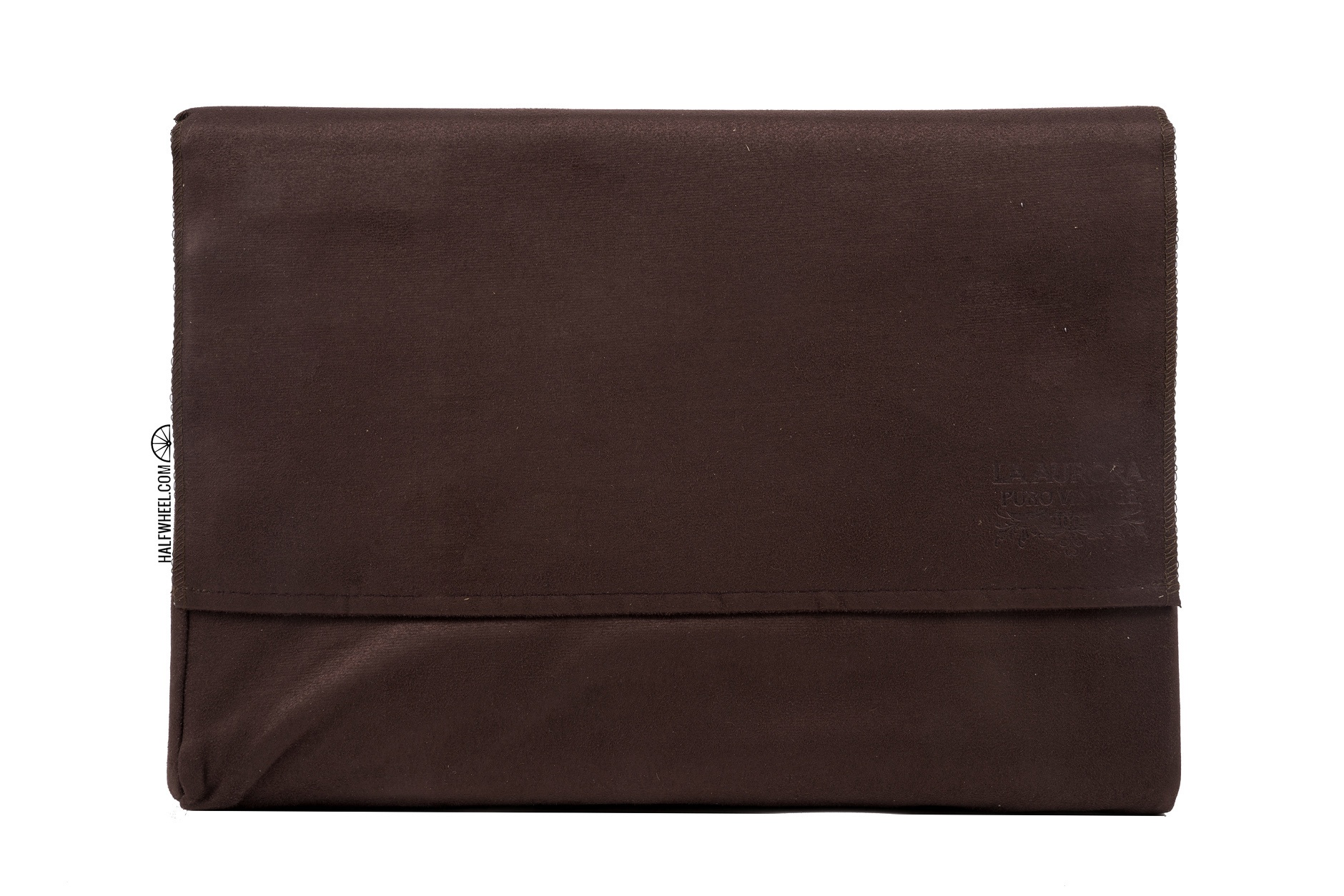 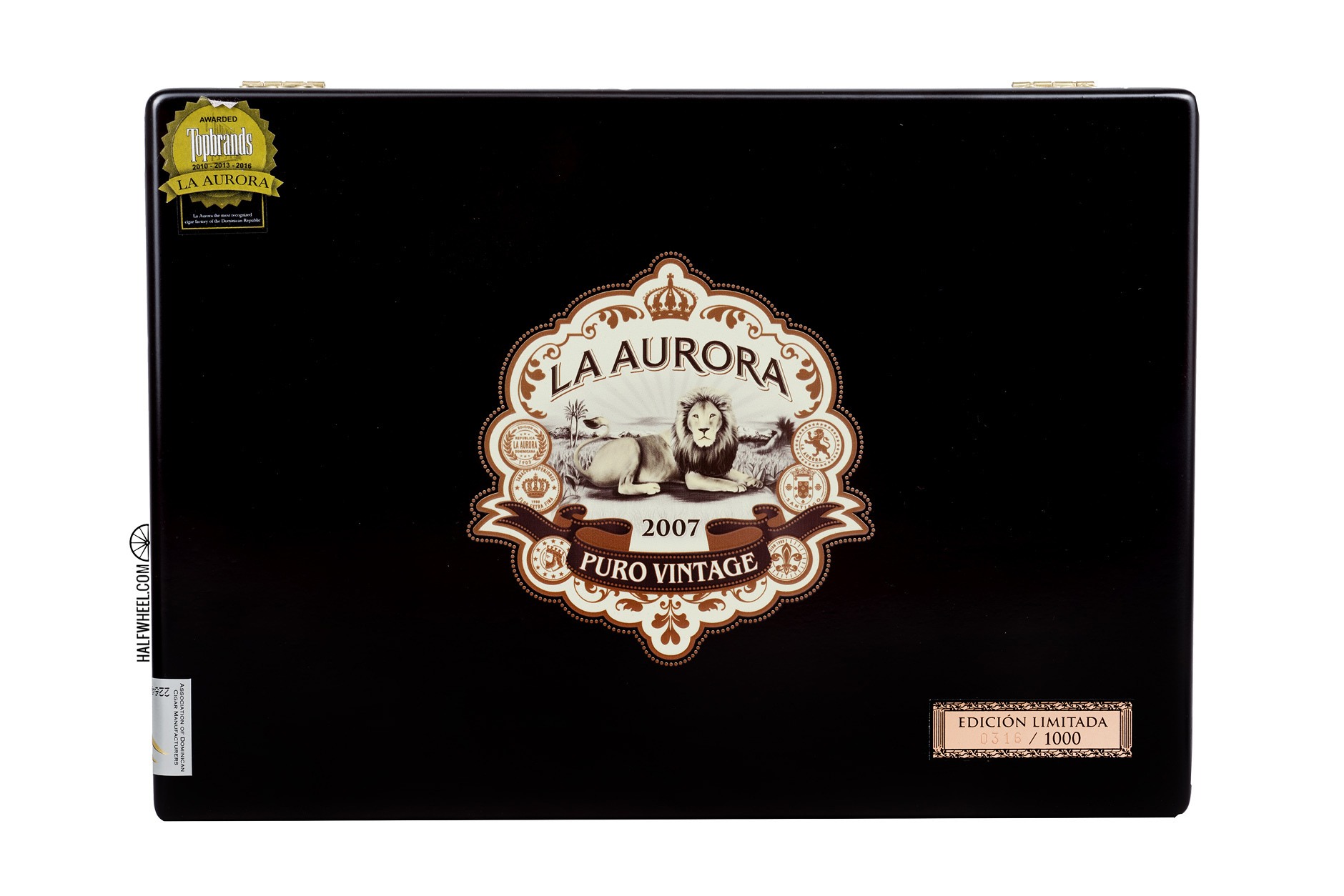 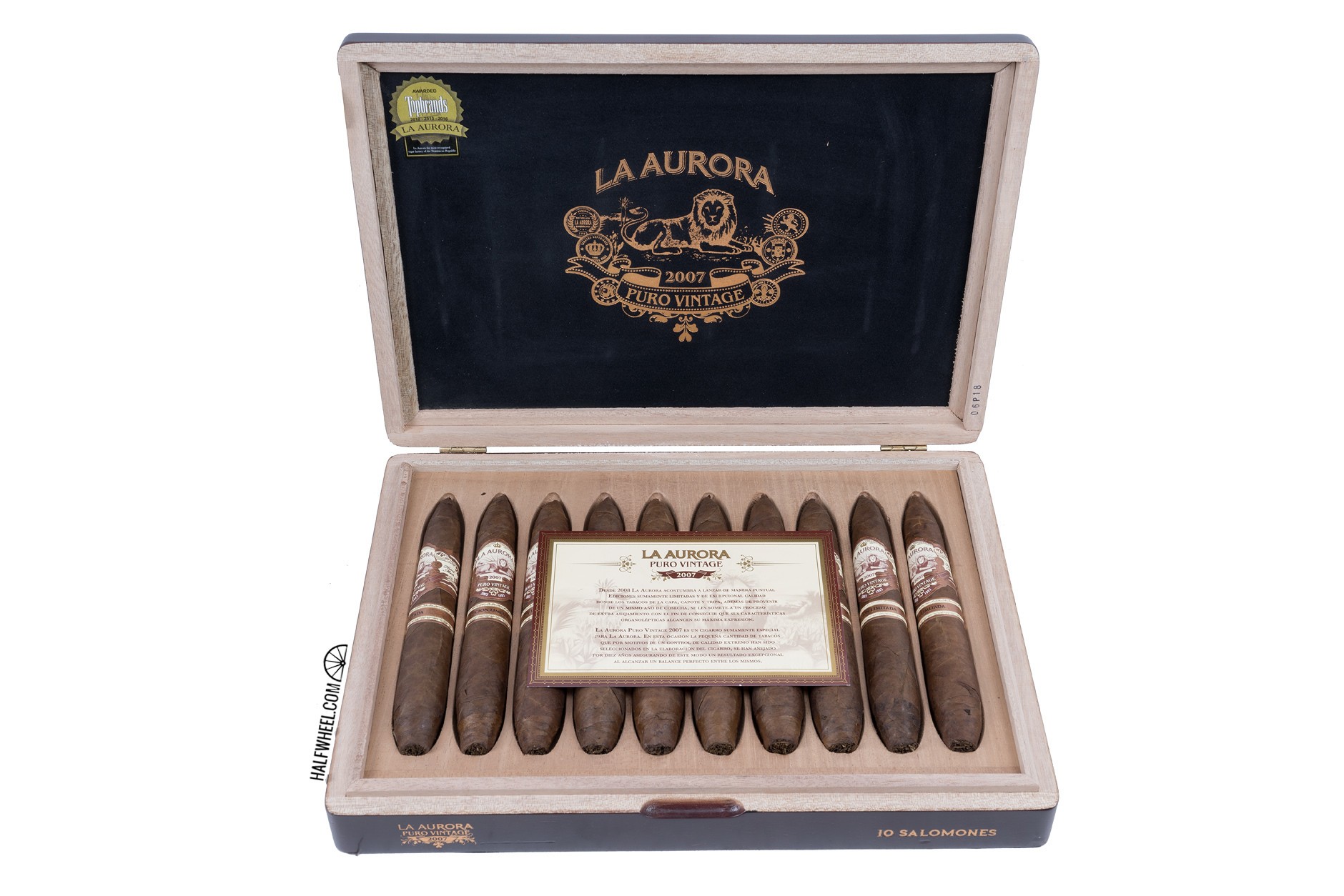 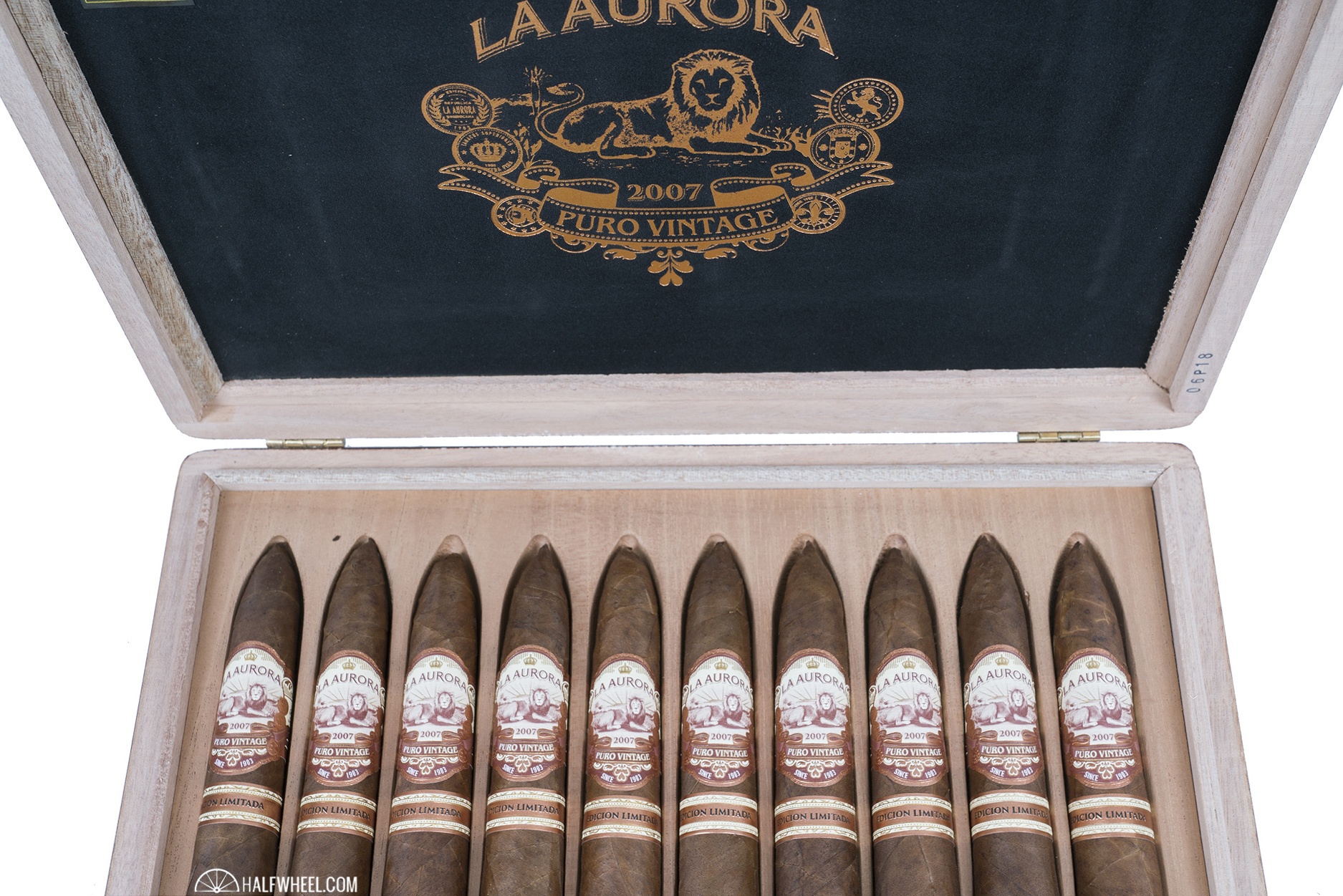 As the name suggests, this year’s La Aurora Puro Vintage 2007 release is rolled with tobacco entirely from the 2007 harvest, the oldest tobacco in the series so far at 11-years-old. In addition, that tobacco actually originates from four different countries: a wrapper from the Dominican Republic, an Ecuadorian binder and filler tobaccos from Brazil, the Dominican Republic and Nicaragua. The 6 1/2 x 50 perfecto retails for $22 and production is limited to 1,000 boxes of 10 cigars that were rolled at the La Aurora S.A. factory in the Dominican Republic.

There have now been five different releases comprised of a total of seven different cigars in the Puro Vintage line. 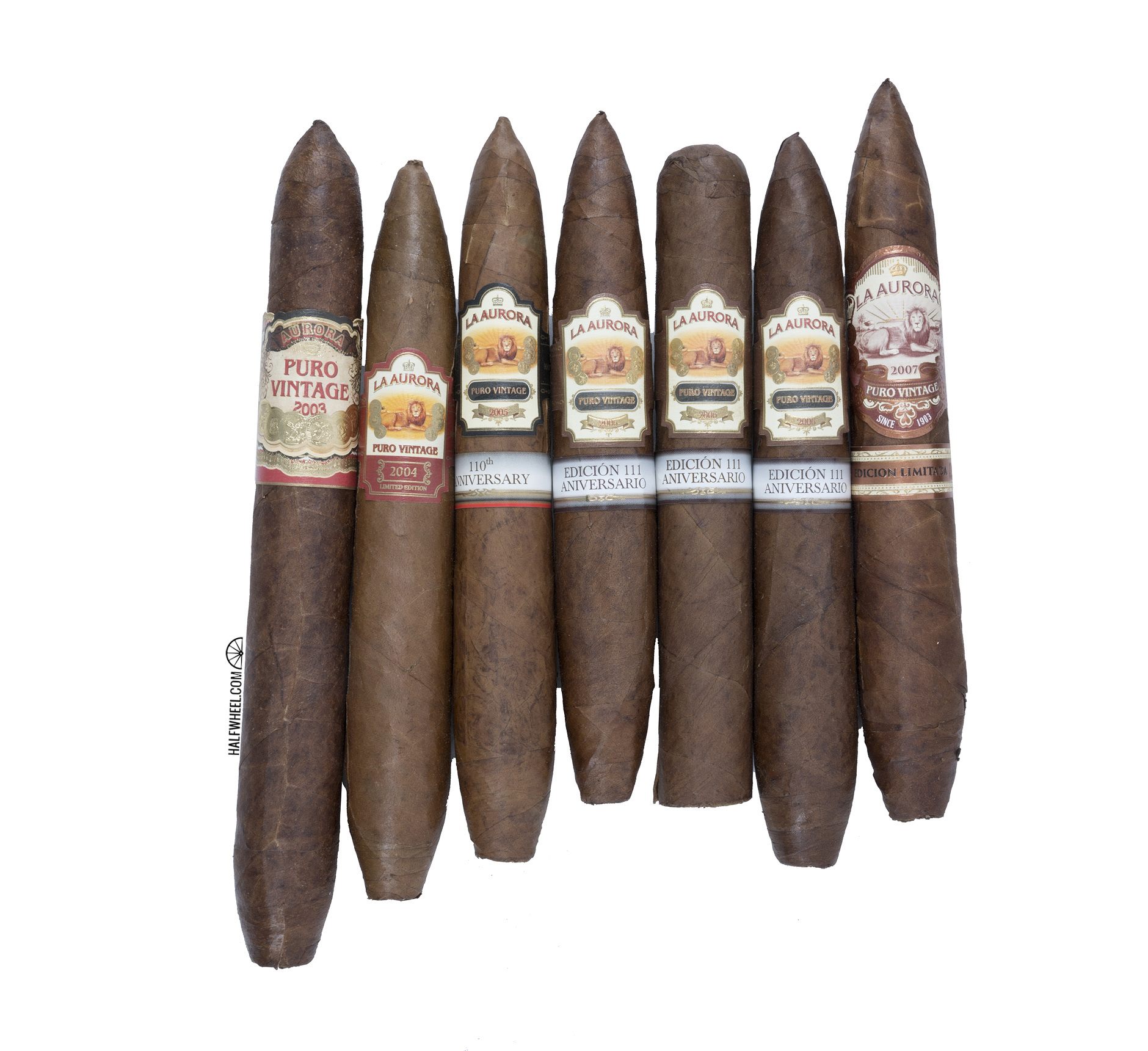 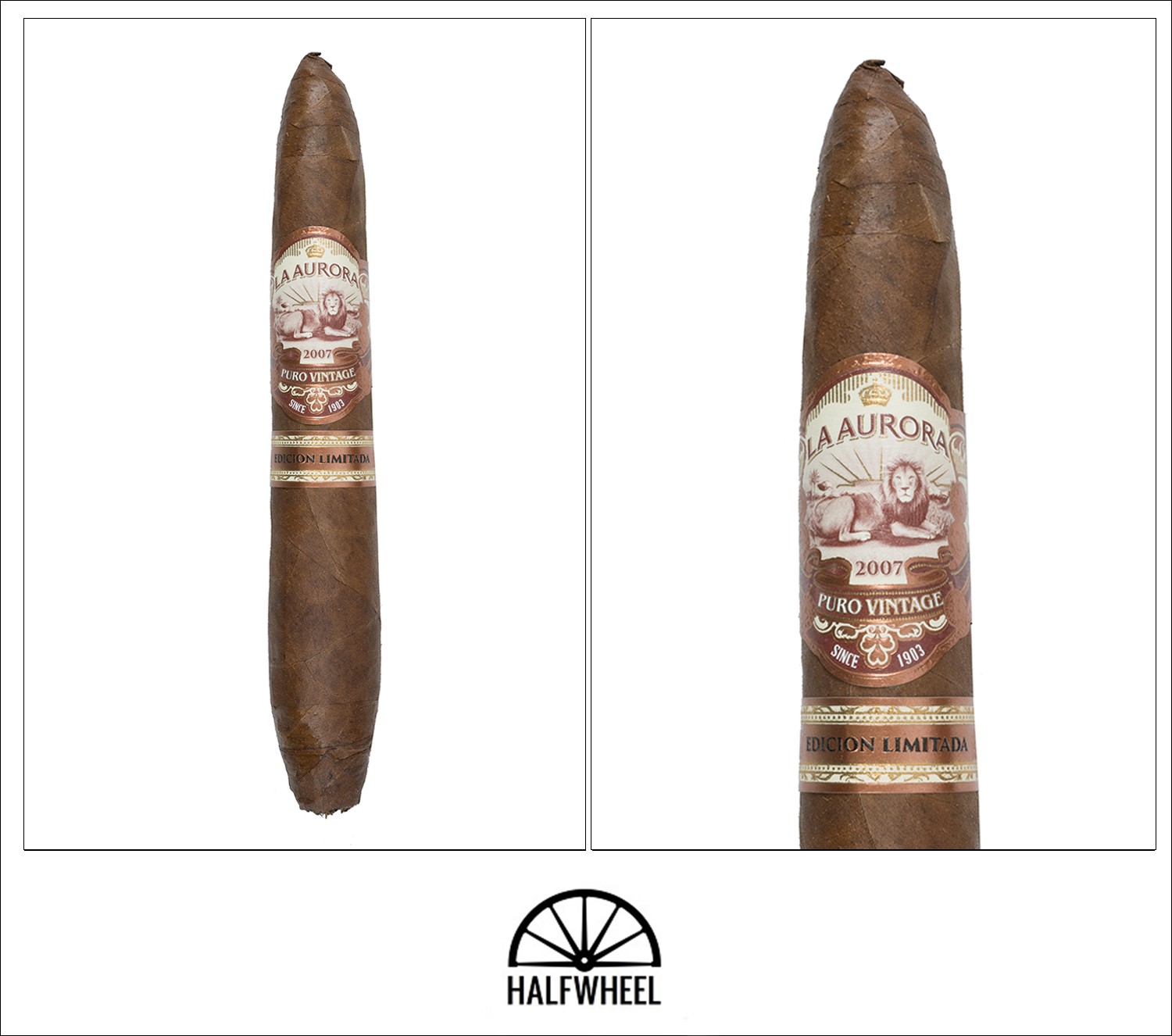 Visually, the La Aurora Puro Vintage 2007 features a rustic, milk chocolate brown wrapper that includes numerous obvious veins running up and down its length. The cigar is quite firm when squeezed and there is a bit of oil noticeable, although not to the extent that I would consider anywhere close to above average. Aroma from the wrapper and foot includes notes of orange peels, cinnamon, cedar, leather, manure and sweet chocolate, while the cold draw brings flavors of leather, sweet orange peel, oak, cinnamon, coffee and leather.

The La Aurora Puro Vintage 2007 takes a little longer than I expected to get started, but once the foot is lit, I am rewarded with flavors of slightly sweet oak, creamy almonds, leather, espresso beans, cocoa nibs and cinnamon. There is a bit of spice on my tongue that begins to recede almost immediately, as well as some white pepper on the retrohale, neither of which are overly strong at the moment. I also pick up some indeterminate sweetness on the retrohale, but sadly, it is just not strong enough to place with any accuracy as of yet. While the draw is a bit spongy to start—not totally unexpected or unusual for a perfecto vitola—it gets better as the burn passes the fat end of the bulb, and although the burn is a bit wavy so far it is not bad enough to need touching up yet. The overall strength starts out quite mild before ramping up a bit, hitting a point closer to medium than mild by the time the first third ends. 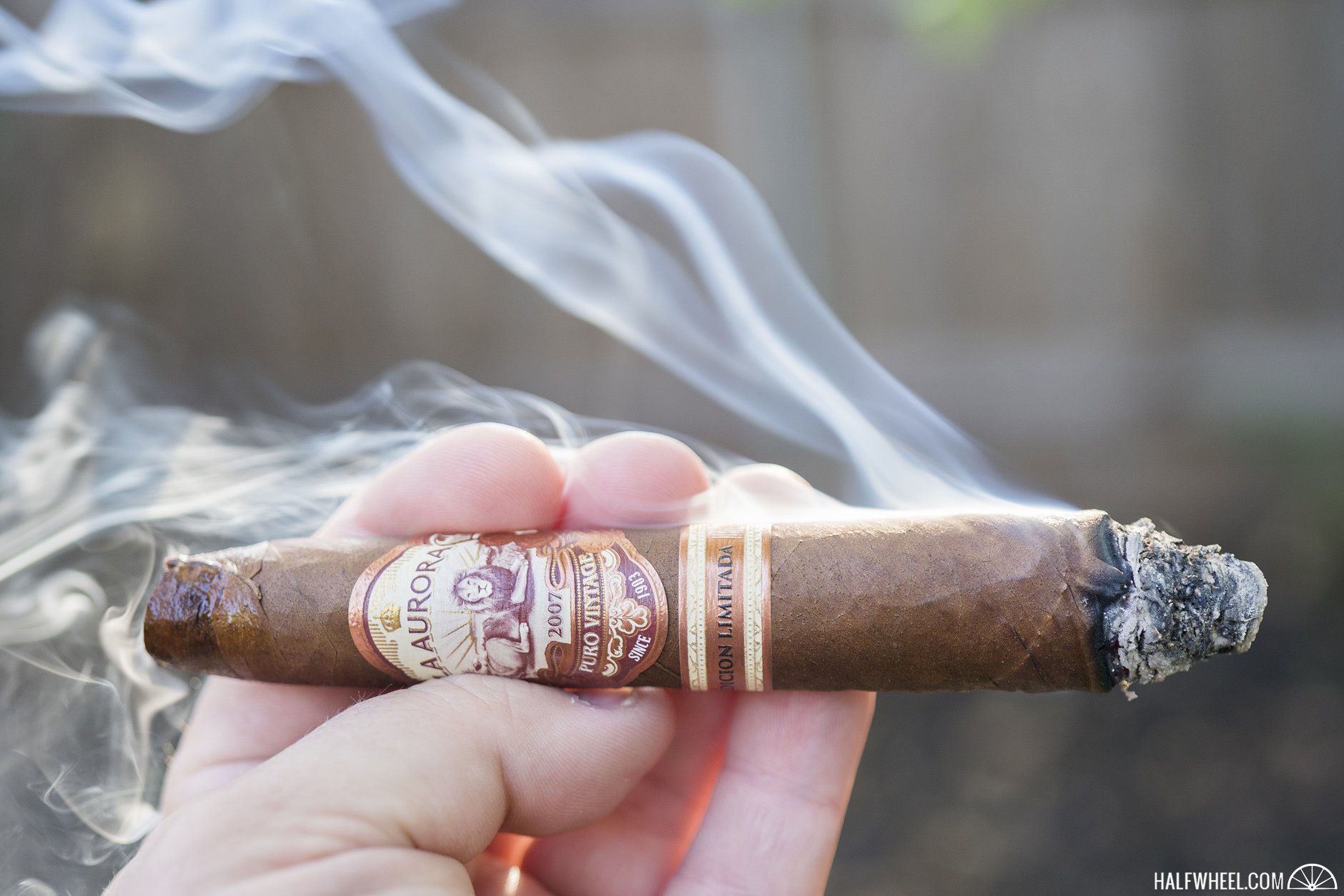 While the oak and creamy almonds combination continue to dominate the profile of the La Aurora Puro Vintage 2007 in the second third, there is a new hay flavor that makes itself known as it combined with other notes of earth, dark cocoa, cinnamon, leather and bitter coffee. There is less white pepper overall starting around the halfway point, and I am also picking up some more spice on my tongue, as well as a little bit of salt on my lips. Although the draw does a great job of making up for the first third’s sponginess, the burn does become problematic just after the halfway point, which forces me to touch it up a couple of times to stop it from getting out of control. Finally, the overall strength does increase—albeit not enough to have a serious impact on the profile—it ends up just under the medium mark by the end of the second third. 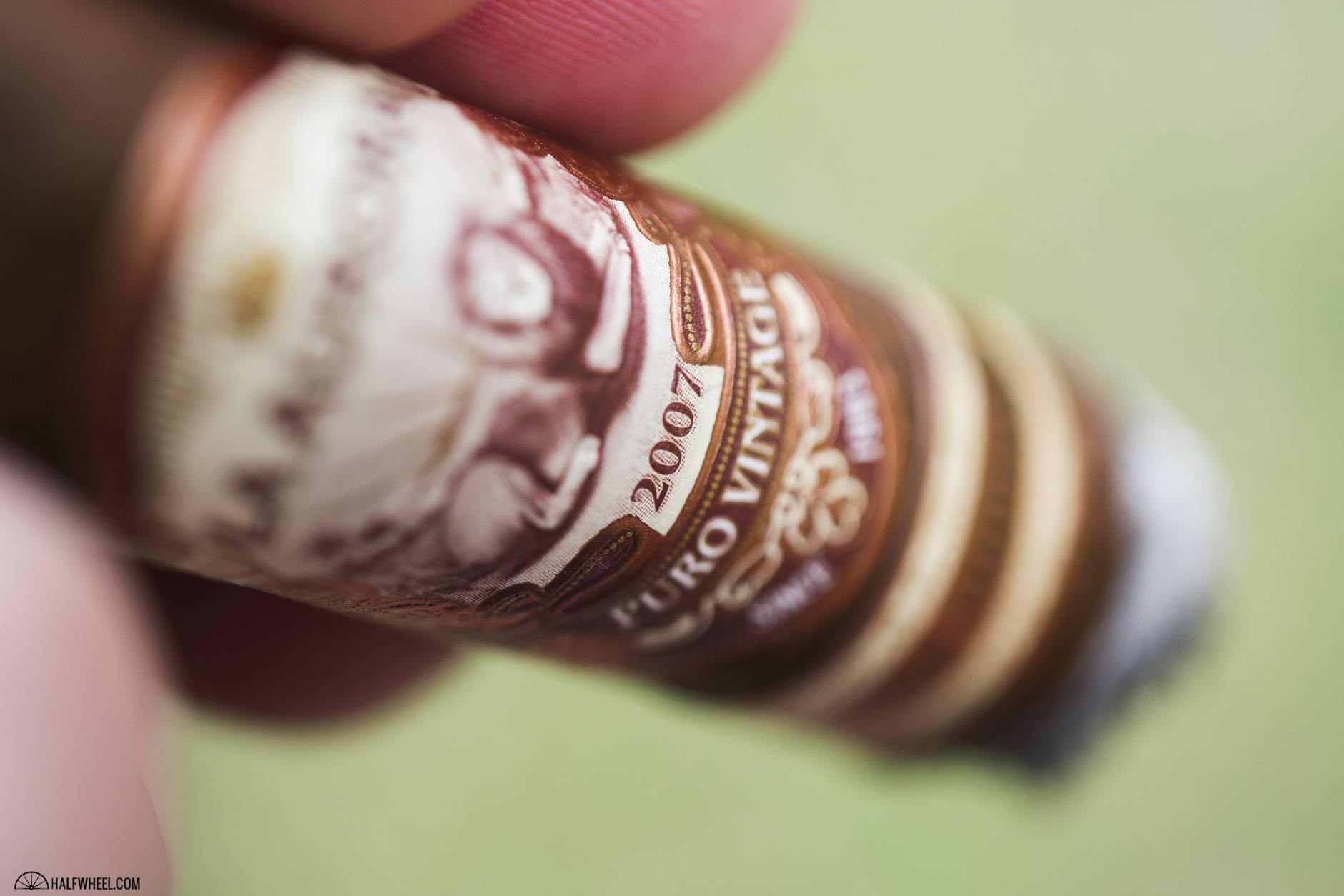 The profile of the La Aurora Puro Vintage 2007 is much like a broken record, with the same oak and creamy almonds easily topping the rest of the flavors in strength as well as distinctness. However, I notice a new floral note that is present on the retrohale as well as a touch more indeterminate sweetness. Other flavors of hay, leather, earth, dark chocolate and anise flit in and out and the white pepper on the retrohale remains constant compared to the second third, i.e. not very strong. The draw continues to impress, and while I do have to touch up the burn once, it is not that big of an issue. Strength-wise, the La Aurora Puro Vintage 2007 ends up not budging from a point that is still below the medium mark by the time I put the nub down with a bit less than an inch to go. 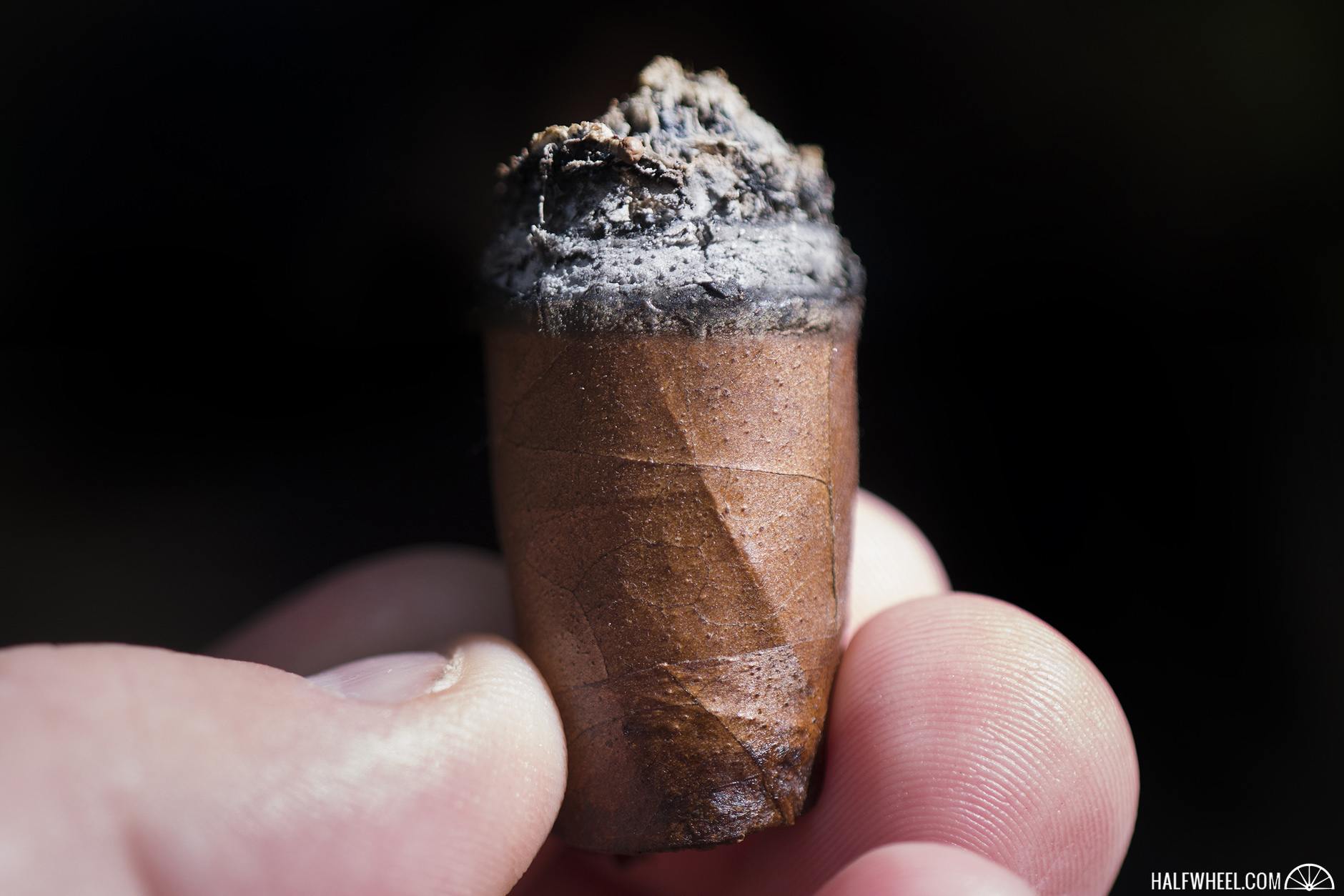 After smoking three of these over the course of more than six hours, it came as no surprise that this release features the oldest tobacco in the series so far. While the there were distinct flavors noticeable—mostly dominated by a combination of oak and creamy almonds—I was really hoping for more of the sweet orange peel note that I picked up in the cold draw to be a major part of the profile, which would have really boosted the complexity. Alas, that was not to be, and while I enjoyed the cigar overall and would not hesitate to smoke it again—albeit as my first cigar of the day—the Puro Vintage 2006 111 Aniversario Salomon remains the best release in the series for me.