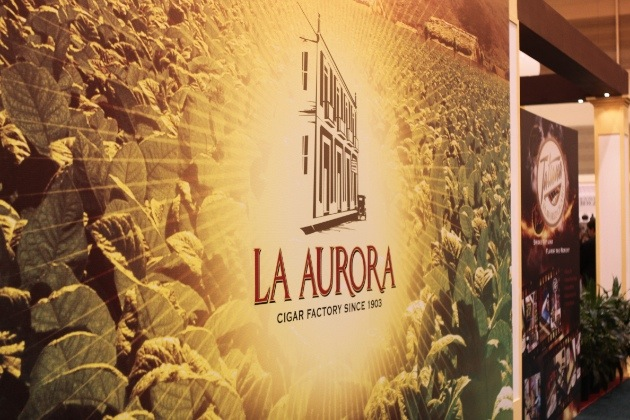 Dominican publication El Nuevo Diario put this up yesterday, but this has been knowledge in some circles for a good six months. Guillermo León has purchased La Aurora from its former parent Grupo León. The deal includes La Aurora, León Jimenes and the main factory in Santiago, noticeably not included is the factory that rolls Preferidos, which was not part of the deal. In addition, the León family owns land that produces tobacco, these were also not part of the deal. Guillermo has indicated that production of Preferidos will now move to the central La Aurora factory, E. León Jimenes Tabacalera.

Negotiations have been going on for a while now, but Guillermo León quietly changed his bio on Twitter from “vice-president” (or executive vice-president) of La Aurora, the title he’s held for a while, to “President” a few days ago.

The purchase should allow Guillermo León to run La Aurora more efficiently and more timely, something needed in the modern market. Much of what takes place behind closed doors, such as marketing, should now be able to be done much easier and cheaper, allowing La Aurora to pass on savings to consumers. Guillermo has been with the company for over a decade, but the past two years have provided a noticeable change in the way that the Dominican’s oldest cigar factory has been modernized, with one of the most notable new media approaches in the industry, headed by León and Jose Blanco.

La Aurora was part of Grupo León Jimenes, the largest corporation in the Dominican Republic. Cigar sales are estimated to account for under 1% of Grupo León’s total sales, which also includes interests in cigarettes, beer and banking.