W. Curtis Draper is celebrating its 131st anniversary and once again, the Washington D.C.-based retailer has selected La Aurora to produce a commemorative cigar, two in fact. 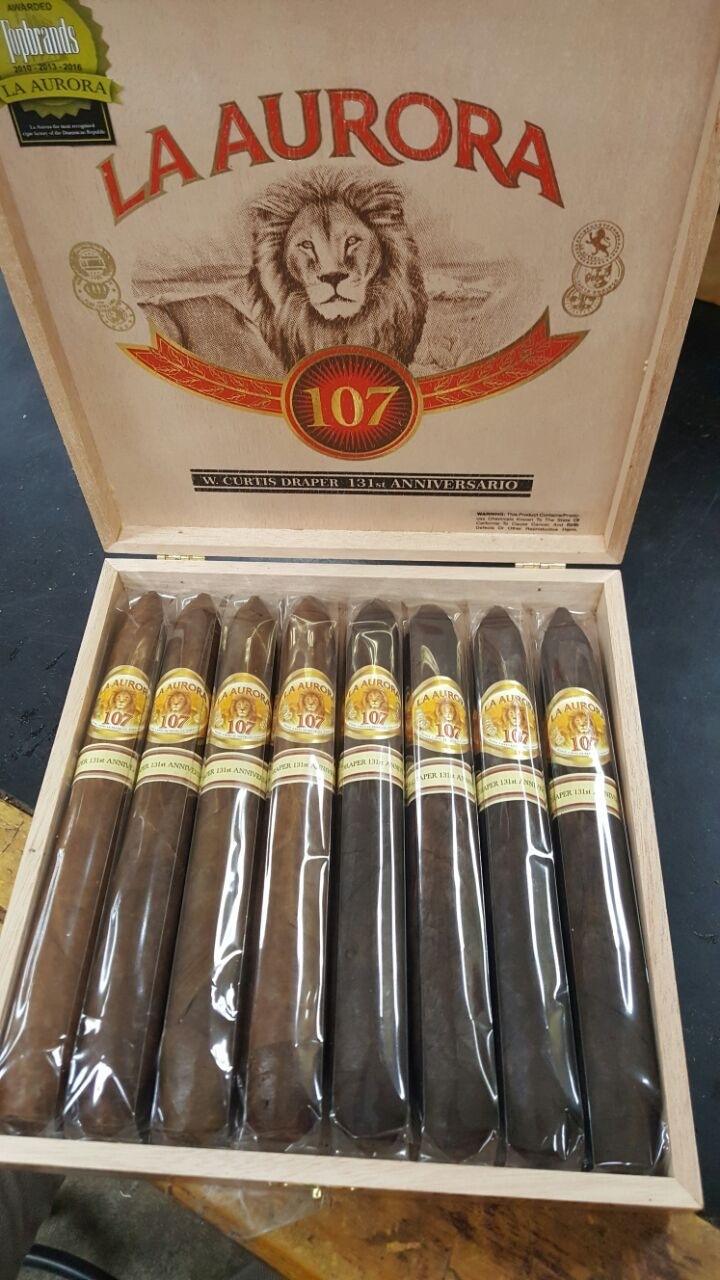 The La Aurora 107 W. Curtis Draper 131st Aniversario is a 6 1/2 x 58/48 salomon offered in both the La Aurora 107 and La Aurora 107 Maduro blends. The Dominican Republic’s oldest manufacturer has created 100 boxes of eight, containing four of each of the two blends.

Both blends use a Dominican corojo binder and Dominican and Nicaraguan fillers. The regular version uses an Ecuadorian habano sun grown wrapper, while the maduro uses a Connecticut broadleaf wrapper.

Pricing is set at $15 per cigar and the cigars will debut at an event on May 4.