When I first started writing about cigars, there was not a cigar more popular within the blogosphere and on Twitter than the La Aurora 107.

The year was 2010 and things were very much different. La Aurora was extremely active on social media with both Guillermo León—the company’s owner—and José Blanco—who worked at the Dominican manufacturer and its parent for decades—amongst the most easily accessible cigar personalities online. Since then, things have, well, changed. Blanco has left and worked for three different companies, León is rarely found tweeting, and La Aurora as a brand has seemingly gotten lost in the oblivion of a much different market.

As the name implies, the La Aurora 107 was launched to celebrate the company’s 107th year in business. It debuted in three sizes, a number that has now grown to a dozen versions original blend; two maduro versions and now the La Aurora 107 Cosecha 2006.

Cosecha, which means harvest or vintage in Spanish, has been used notably on Habanos S.A.’s Gran Reserva and Reserva series. In both those, Habanos S.A. picks a specific regular production cigar, like a Partagás Serie D No.4 or Montecristo No.2, and designates a specific harvest. The cigars are then made using tobacco only from that harvest, which is described as superior. In addition, the cigars receive fancier packaging, additional aging after rolling and a much higher price.

In the case of the La Aurora 107 Cosecha 2006, the line is using tobacco from 2006, but the blend is not the same as the original line. Instead, the new version uses an Ecuadorian habano wrapper, Brazilian mata fina binder and fillers from the Dominican Republic and Nicaragua. As far as those details are concerned, the only piece that has changed on paper is the binder, which is Dominican on the original version. However, given that the original 107 didn’t debut until 2010, it’s hard to imagine these being the exact same components. Another big variation compared to the Cuban cigars bearing the word cosecha is that La Aurora has released this line in three sizes, none of which are the same as the original. 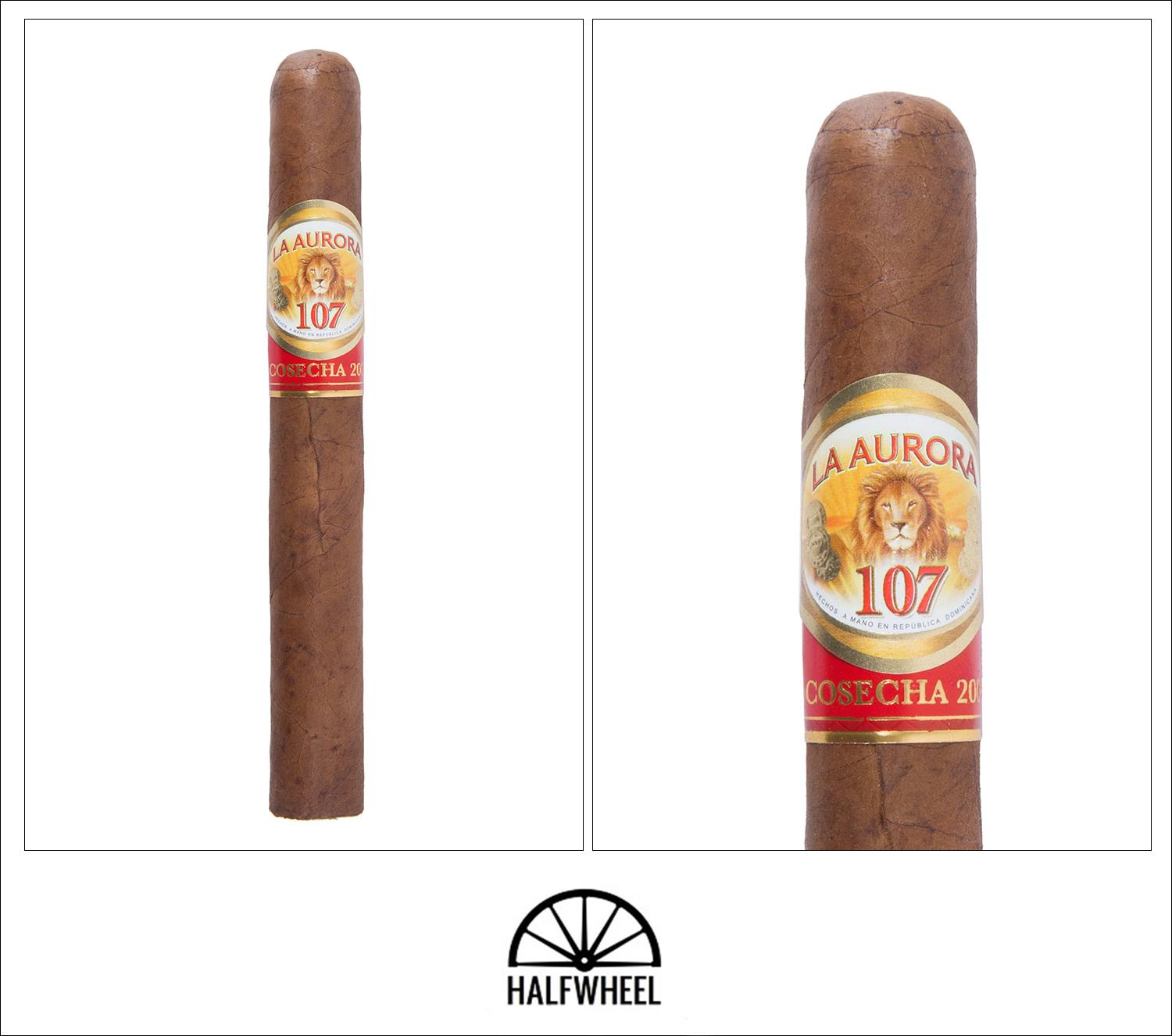 For someone who used to smoke a lot of La Aurora 107s, there’s no chance I would be able to tell the difference between the newest version and the original without the addition of the secondary band. Aroma off the wrapper is not that flavorful: a mild mocha coffee, some saltiness and a bit of a dry nori[ref]Dried seaweed.[/ref] flavor—all milder than the flavor before it. The foot provides a much stronger flavor via sweet Chips Ahoy! chocolate, oak barrels, black licorice and some tea. While the cold draw is not as sweet, there’s a bubble gum flavor sitting on top of the pasta core. Behind that is some waffle cone-like breads and an array of woods.

Things begin extremely detailed with oak, blueberry muffins, some black tea, brown sugar and a toasty flavor that is somewhere between charcoal and a Scotch-like peat. All those flavors tend to stick around in one form or another, though almost all change to a degree. Upfront are breads, blackberry tea and a sour cream-like creaminess. On the back is a generic toastiness joined by saltiness and some burnt popcorn. Flavor is medium-full, while both body and strength are medium. 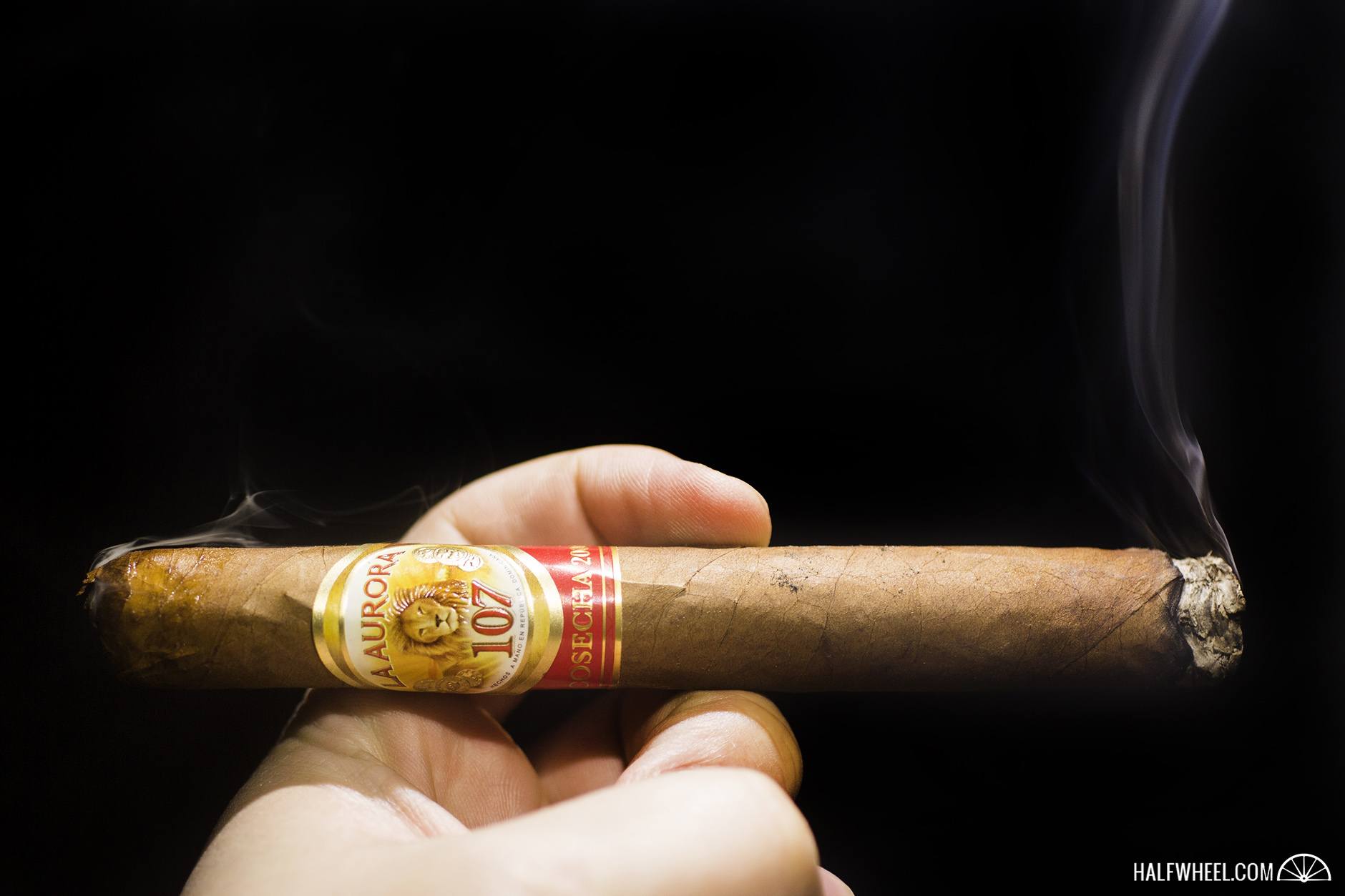 The subtle changes of the La Aurora 107 Cosecha 2006 Corona Gorda Especial continue into the second third; there’s now an almond flavor alongside the toastiness. Through the nose, the sour cream is still very much present, now joined by some distinct blackberry and orange. Right after the halfway point, a bright lemon flavor joins the saltiness, creating a salty and acidic combo that might turn some people off but didn’t bother me. The finish remains very popcorn-centric, probably the most distinguishable popcorn I’ve ever found on a cigar. Elsewhere, things are similar: a very detailed and smooth medium-full flavor with medium body and strength. I am forced to touch-up each cigar at some point in the second third, but otherwise the La Aurora keeps burning very well. 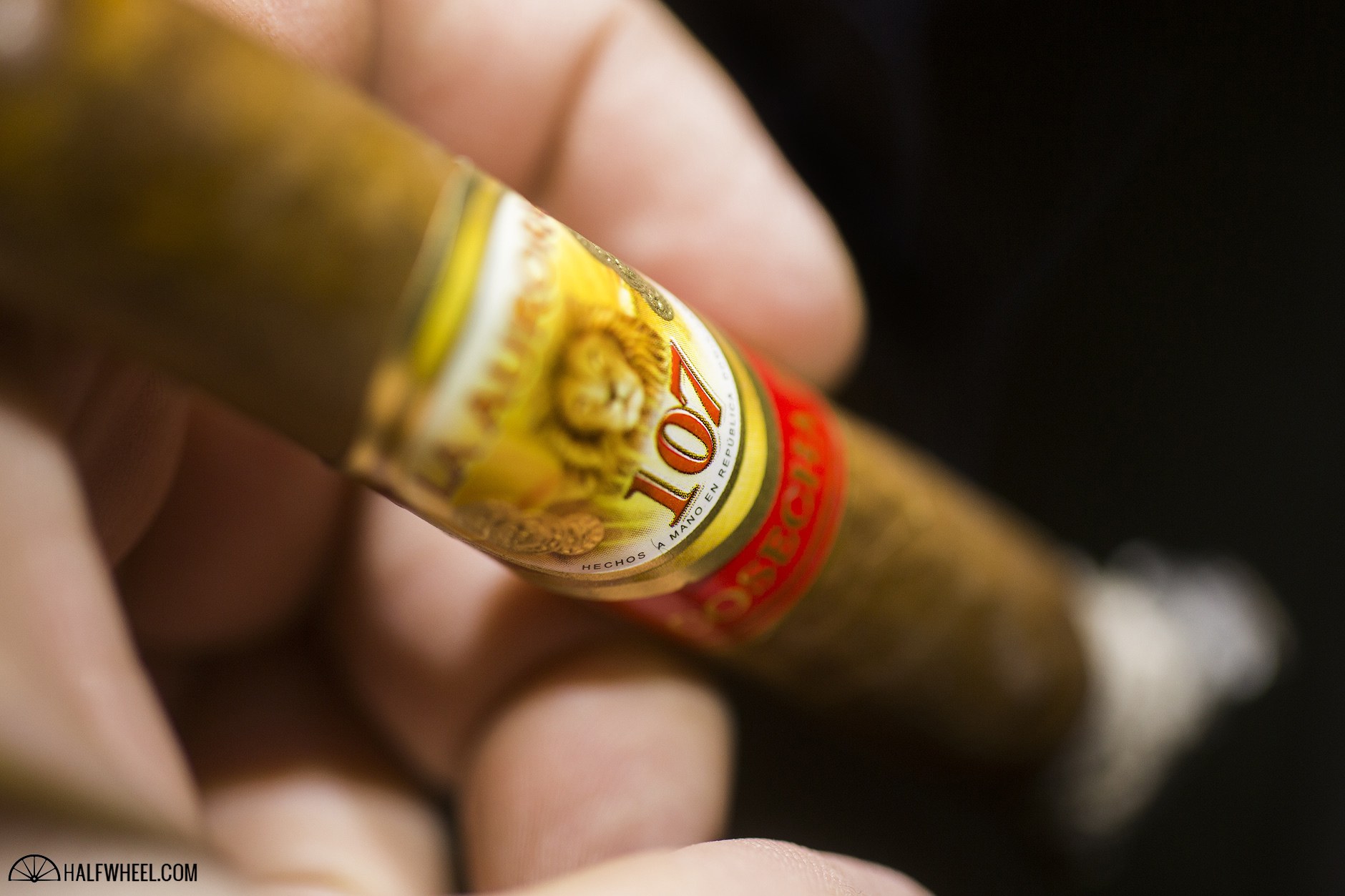 Given the subtle changes, there’s a pretty big transition in the final third. In other words, if I wasn’t reviewing this cigar, I may have not noticed much of a change up until this point. The popcorn note moves up into the front of the profile—both on the retrohale and in the mouth—and makes an even larger charge into the finish. In addition, a pizza dough flavor has a near identical pattern, present in the retrohale, then disappearing for a few seconds before reemerging on the finish. Other flavors include pomegranate and some black peppercorn aromas, though there’s no real spice or pepper bite. A touch-up is needed on two samples to keep the cigar burning, but otherwise the La Aurora 107 Cosecha 2006 is much the same. 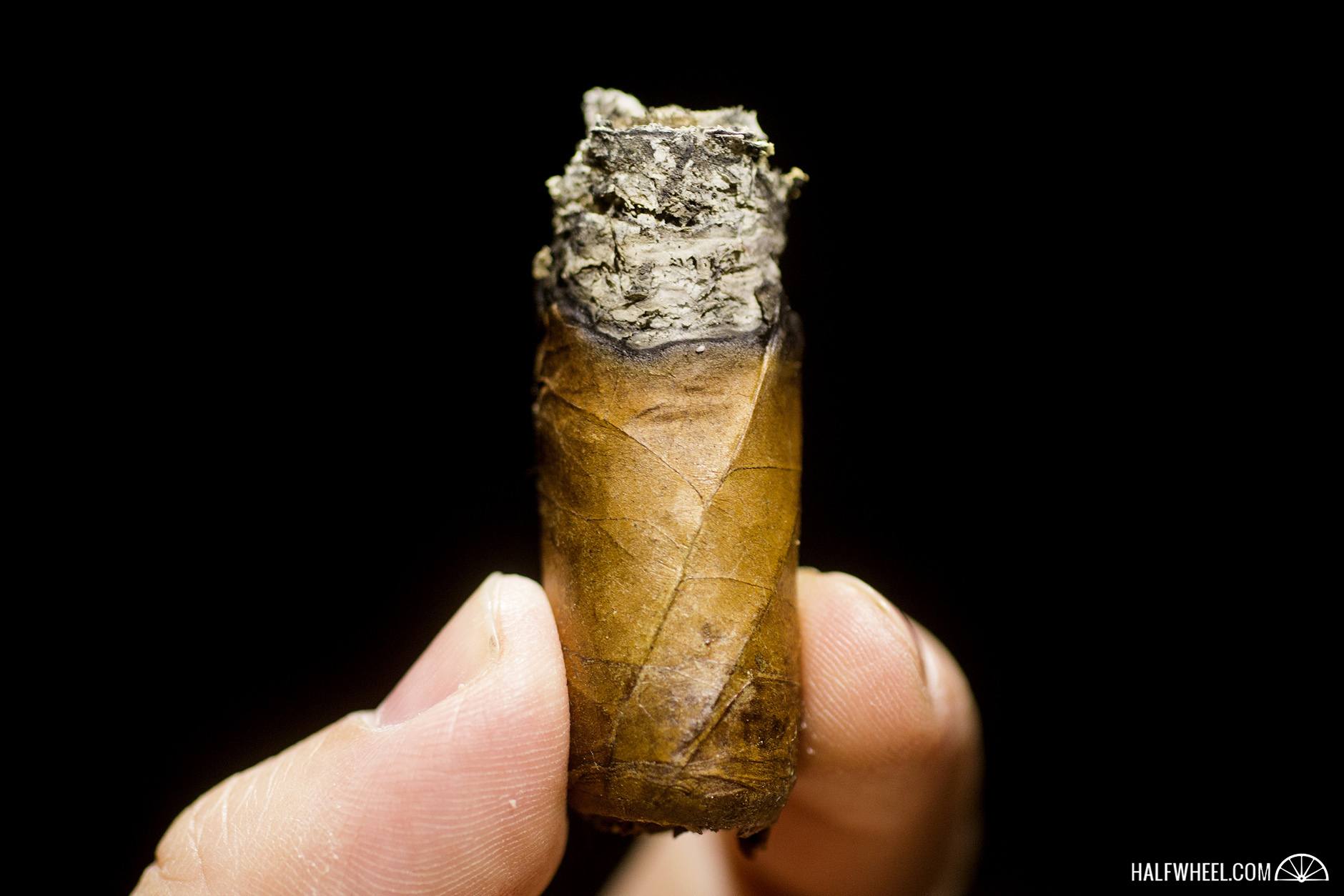 Since it’s the end of the year and the talk of cigar world is top cigars of 2016 lists, here’s a fact: there are 36 eligible cigars at this moment in time for halfwheel’s own top 25: two are from La Aurora, one of only seven manufacturers to have multiple cigars on said list. That feat is something of a revelation for La Aurora, who hasn’t been making a ton of new cigars that I’ve been impressed with over the last five years. Fortunately, the La Aurora 107 Cosecha 2006 is a great reminder of just how good the factory was and still can be. If you liked the 107, the Cosecha 2006 is simply a must try.