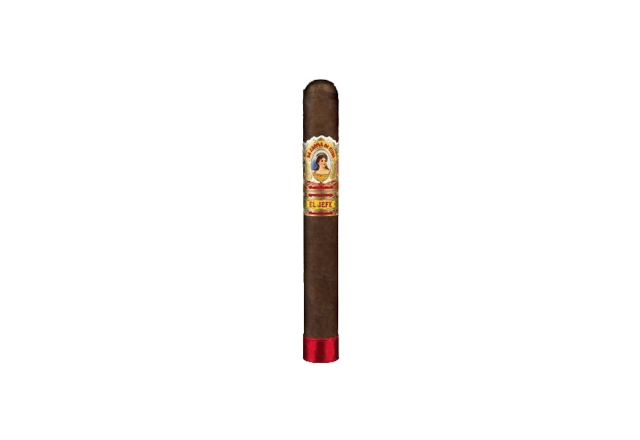 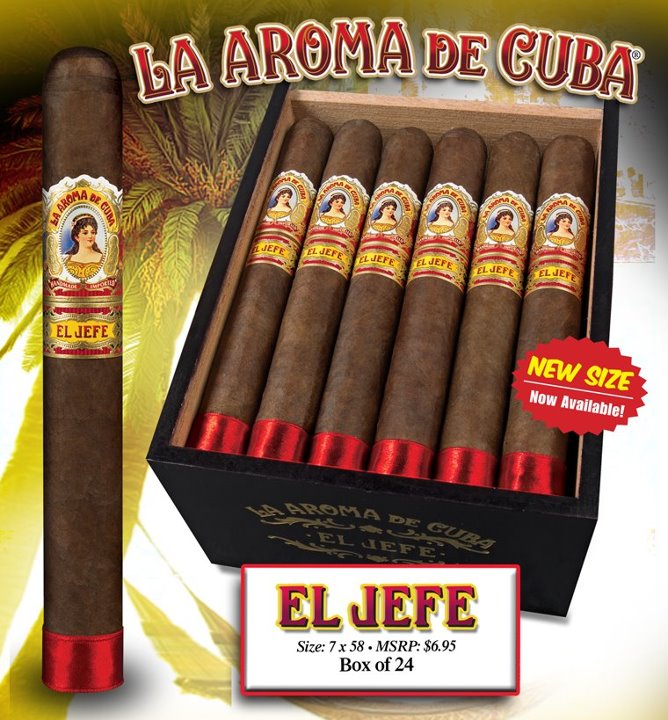 Team Ashton in a grand collaboration with Jose “Pepin” Garcia, have raised the hurdle yet again with the newest and largest La Aroma de Cuba to date. The 7 x 58 “El Jefe” is an impeccably-constructed, majestic masterpiece that’s destined to be a game-changer to the already iconic La Aroma de Cuba brand. Large cigars are the hottest, most in-demand trend in the cigar industry. Their plus-size stature rewards the consumer with a greater smoking duration for a very modest price increase. In the case of the “El Jefe”, it’s a sublime smoking experience that showcases the masterful blending of Jose “Pepin” Garcia. Highlights of black-currant and cocoa evolve into a rich, creamy mélange of spice and charred oak. Consistently perfect and pleasurable in every respect, “El Jefe” is also extremely affordable with an eye-popping MSRP of only $6.95 per cigar! The time is now to savor “A Taste from Another Time.”

While a release date was not specified, a comment made via the Ashton account said to “look for them in the next couple of weeks.” It should also be noted that despite the second band, this is simply a new size and not a new line in the La Aroma de Cuba brand.

The La Aroma de Cuba line is made at My Father Cigars S.A in Estelí, Nicaragua. When translated, el jefe means the head, or more commonly, the boss. Interestingly enough, the Garcías have their own cigar named for the boss, La Dueña, which translates to the owner.