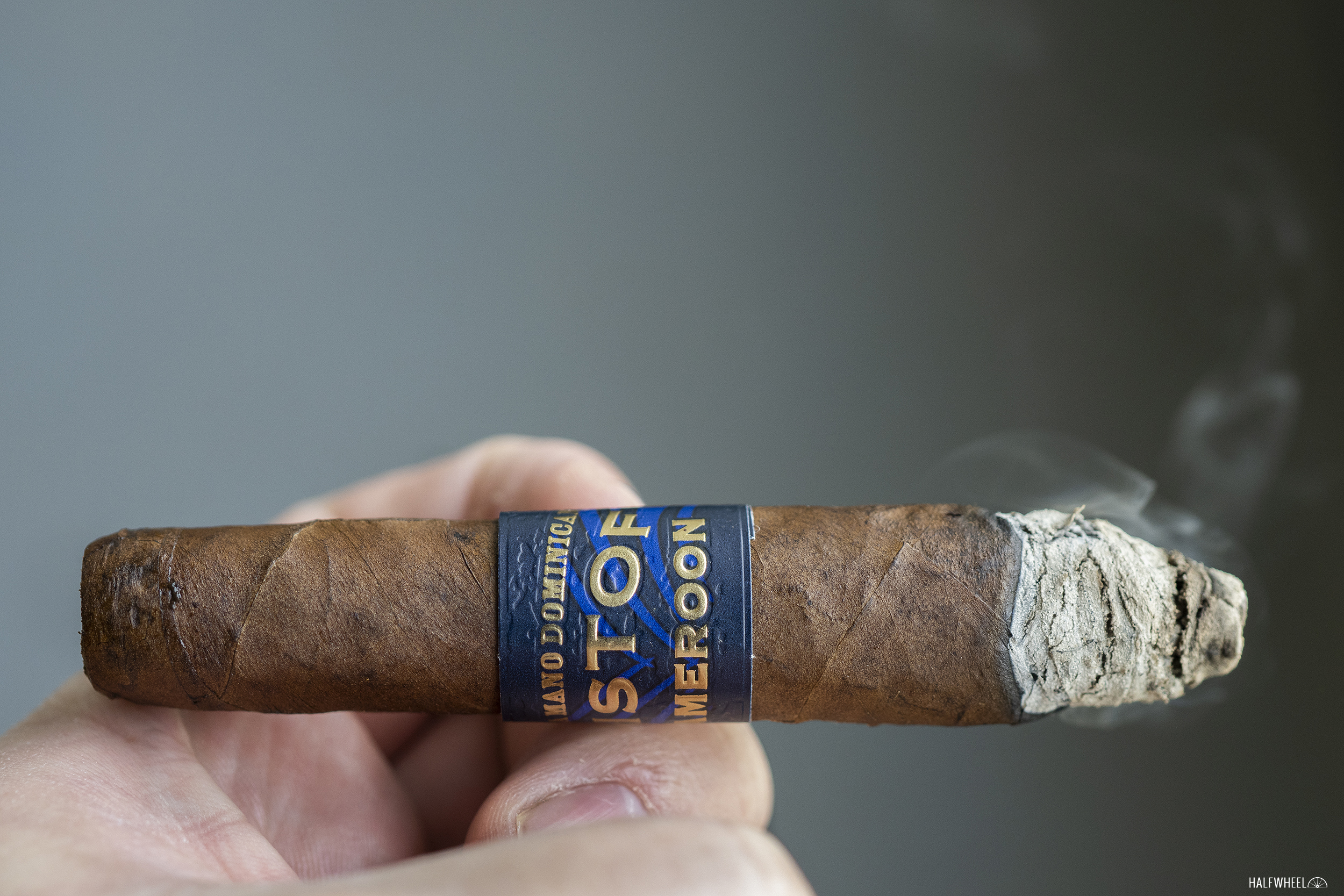 When Kristoff launched its Cameroon line in 2015, the first three vitolas were larger parejos, each with a thick pigtail cap. For the line’s fourth and newest size, Kristoff went a decidedly different direction and created a 4 x 49 short perfecto.

Kristoff says the line uses a Cameroon wrapper that has been aged for seven years over a Dominican habano binder and habano fillers from the Dominican Republic and Nicaragua. Like the rest of the line, it is packed in a cedar box where a bundle of cigars is placed inside of tobacco scraps.

Glen Case, Kristoff’s founder, told halfwheel that he recognized the need for a cigar like this due to demand in the market not being met. This is the first time Kristoff has used this specific vitola. 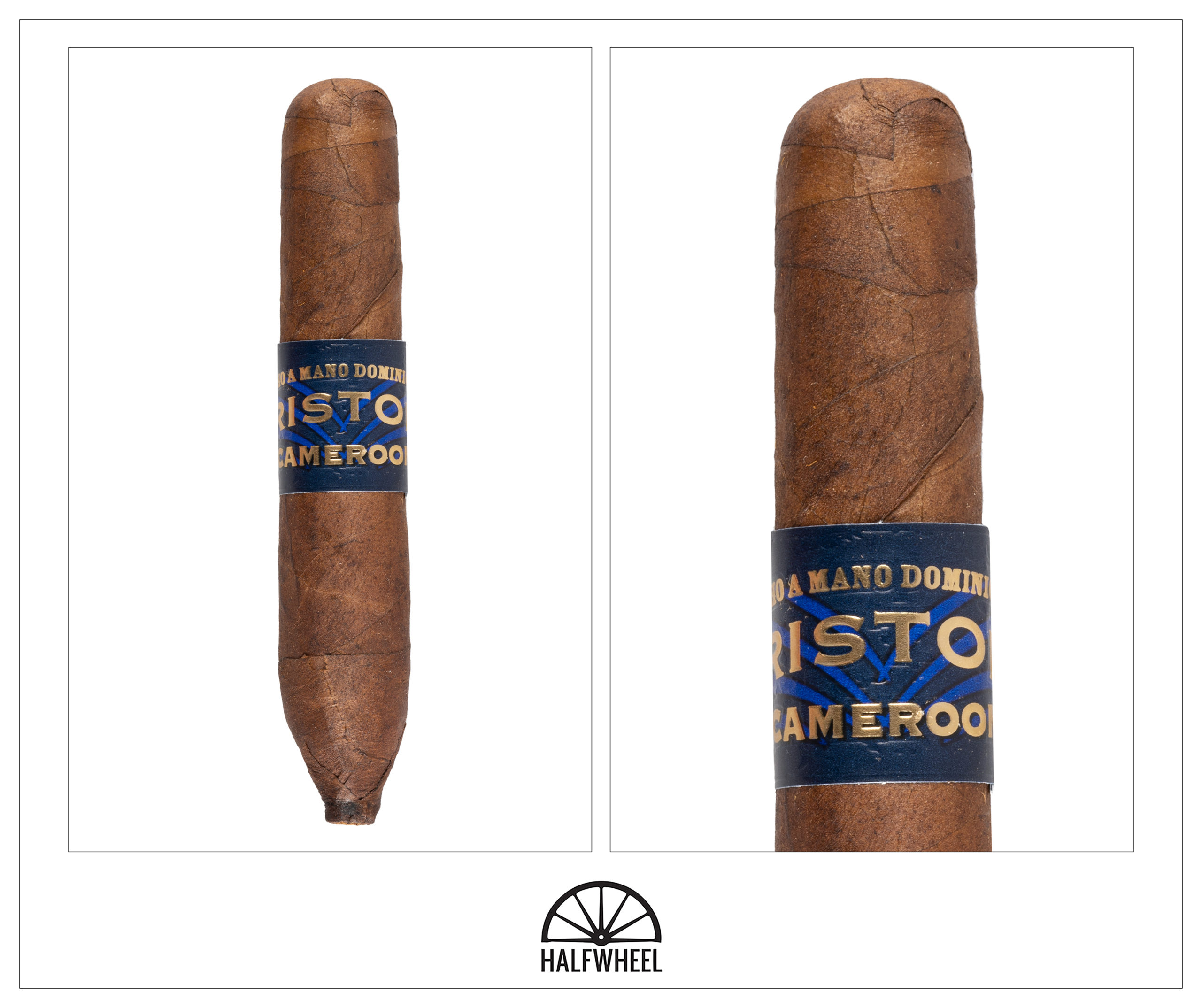 While this is not the most blatant attempt at going after a cigar in Arturo Fuente’s Hemingway line, this is a short perfecto with a Cameroon wrapper that is made in the Dominican Republic. The shape itself is not identical to Fuente’s Short Story; I think that cigar is more bulbous than the Kristoff. There’s little way to confuse this wrapper with anything other than Cameroon: it’s a dark brown color with lots of oils and some discoloration thanks to darker spots. Veins are all over the wrapper and run in pretty much every direction, which makes the wrapper less attractive than most, but then again, it’s Cameroon—this is what I expect. One cigar has a cap that is so off-center it seems to barely cover the top of the cigar, another cigar has a minor tear on the foot. The aroma from the wrapper is at most medium with barnyard over some acidic flavors and damp earthiness. Scents from the foot are sweeter as graham cracker leads leather, acidity, barnyard and some touches of milk chocolate. It’s slightly stronger at medium-plus. The cold draw is more open than I’d expect with medium-full flavors of graham cracker, powdered cocoa, leather, citrus and some herbal flavors.

Fortunately, the draw tightens up once the cigar is lit. The first puff is a very Cameroon-like start with toastiness earthiness over underlying sweetness, creaminess and mineral flavors. One cigar has lots of barnyard to the point where it can be somewhat foul, but it doesn’t last all that long. The first third of the Kristoff Cameroon Figurado has toasty earthiness over nuttiness, some straw and paprika. Intensity-wise, the earthiness appears to be just slightly stronger than the nuttiness, but the way the flavors order themselves, the earthiness is always sitting in front of the nuttiness. The finish is very similar to the main flavor though I find it to be more bitter, which allows for mineral flavors and black pepper to emerge. Retrohales have white pepper, leather and something that reminds me a bit of a semi-sweet pineapple. The finish is just an extension of that, white pepper and a softer earthiness are all I can find. Flavor is medium-full, body is medium and strength is medium. Construction is fine, though the cigar burns warm which feels like it’s muting the flavor.

Once the cigar has burned through the tapered part of the prefecto, the burn rate picks up quite a bit. Flavor-wise, grains and nuttiness edge out the toasty earthiness. I find lighter flavors of green grapes, black pepper and dry fall leaves. Harshness is picking up as well, something I gather is a result of the warmer smoke. The finish has damp earthiness and black coffee leading leather and black pepper. Retrohales have vanilla bean, mineral flavors and a muted black pepper. The finish has barnyard over leather and some more of the muted black pepper. Flavor is full, body is medium and strength is medium. Outside of the warmer smoke, construction is great, especially the evenness of the burn. The temperature of the smoke seems to have cooled down for the final parts of the Kristoff Cameroon, which makes for a better cigar. The bitterness dissipates and I find the flavors to have more life than before. Earthiness retakes the lead, though the nuttiness sticks around and is joined by leather and some subtle sweetness. The finish has nuttiness and grassiness overtop earthiness and bits of black pepper. Retrohaling flip flops parts of the profile bringing he nuttiness and black pepper on top, while barnyard and paprika emerge as secondary flavors, though the paprika is restricted to my throat. The finish has black pepper and paprika over barnyard and a bitter earthiness. Flavor is medium-full, though the finish is more mild-medium, body is medium and strength is mild-medium. Construction is great and my one previous complaint is now fixed. 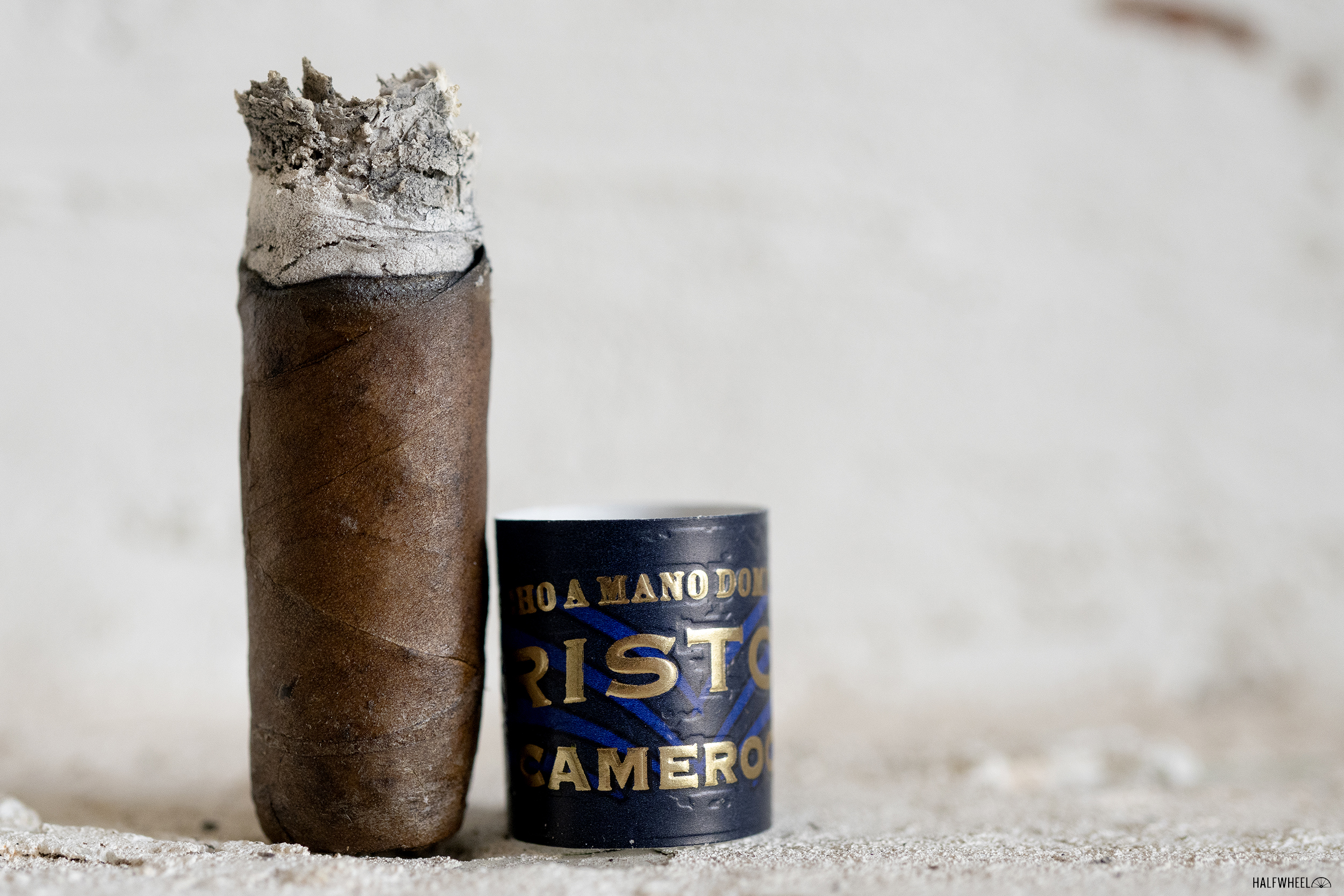 I wonder what this cigar would taste like if the smoke was at a normal temperature. The smoke that entered my mouth was warmer than what I normally find on a cigar and I found the flavors to be muted, things that are oftentimes related. Perhaps more time in the humidor solves this issue, perhaps subsequent batches won’t burn like this, perhaps this is just what happens with this blend in this vitola. If you are hoping that this is an alternative to the Short Story, I think it looks more like a Short Story than it tastes like one. Regardless, if you want a short dose of Cameroon flavors, this mostly fits the bill.