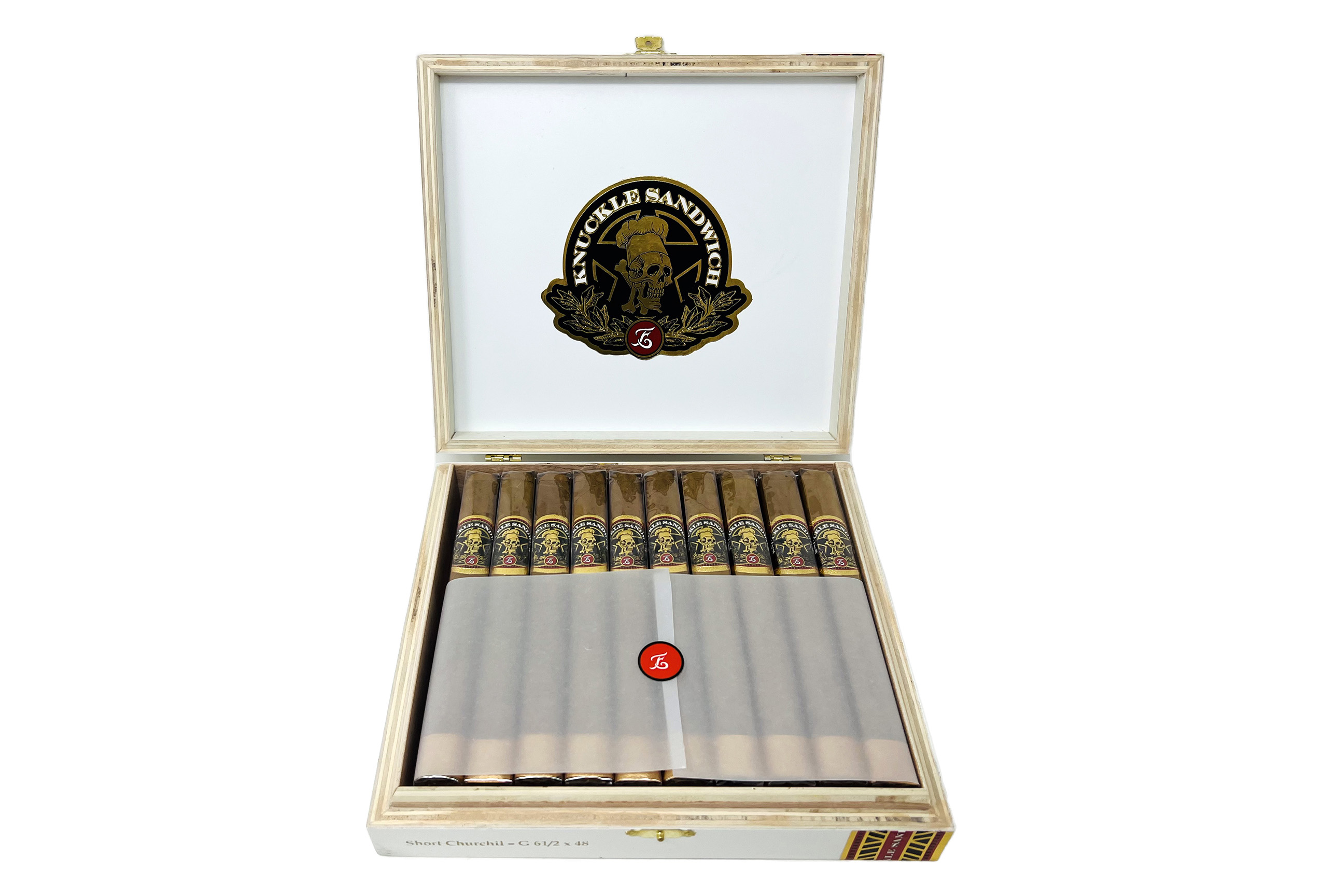 As is the case with the other two regular production lines—Habano and Maduro—it’s offered in three sizes. While all three blends are offered in Robusto and Toro sizes, the Connecticut gets a 6 1/2 x 48 Short Churchill instead of the 5 5/8 x 46 corona gorda size that is used for the other lines.

Espinosa Premium Cigars, which distributes the line, previously said it would first ship the Knuckle Sandwich Connecticut to a limited number of accounts—Espinosa lounges and select other stores—in January before shipping it to stores nationwide next month.