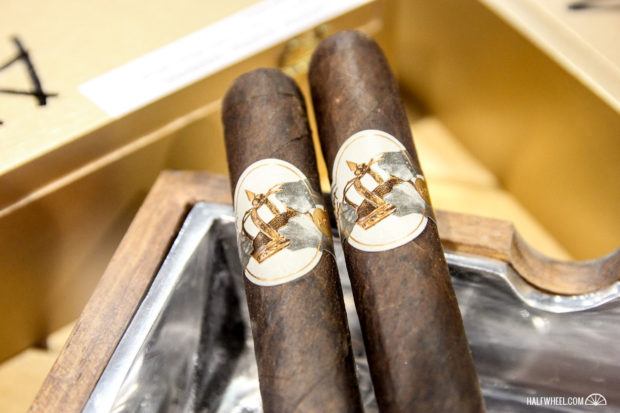 All Out Kings Shipping Today

After a nearly five-month-long delay, All Out Kings is finally shipping.

Robert Caldwell has confirmed that All Out Kings, a new collaboration between his Caldwell Cigar Co. and Drew Estate, is shipping today.

The cigar, which debuted at the 2016 IPCPR Convention & Trade Show in July, was set to be released in November, but in December the companies announced that the cigar was delayed. At the time, Willy Herrera, Drew Estate’s master blender, said he felt like the cigars needed more aging, largely due to the wrapper.

It features a Connecticut habano stalk cut and sun cured wrapper—Drew Estate uses the same types of tobacco as wrapper for its Liga Privada T-52, over an Indonesian Sumatra binder and a filler blend made up of Connecticut broadleaf ligero, Dominican corojo 97 seco, Nicaragua viso from Estelí, and Nicaraguan viso from Jalapa.

The cigar is being released in four sizes:

All sizes are sold in boxes of 20.

As part of the All Out Kings launch, Robert Caldwell will be hosting nine launch events:

Charlie Minato contributed to this report.