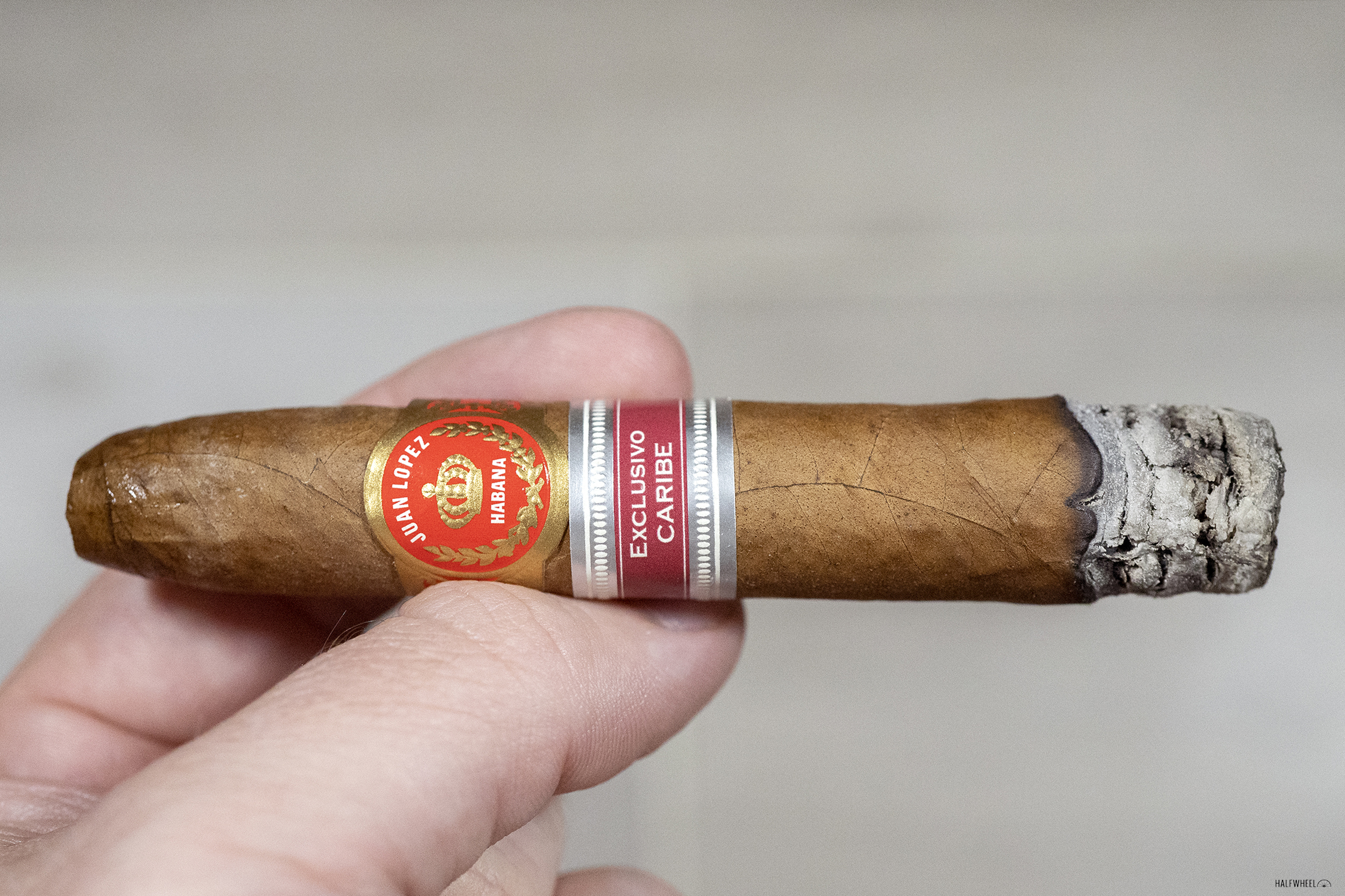 Even though the cigars in Habanos S.A.’s Edición Regional program have yielded an incredibly wide range of results, from legendary, stellar cigars to overpriced, subpar smokes, I have long thought it to be an incredibly interesting—and dare I say “cool”—series of cigars.

When I was getting into cigars, I was fascinated by the idea of cigars being produced only for a certain region of the world, whether it be an individual country or a region of the world such as the one this cigar was produced for, countries in a broad region referred to as the Caribbean.

The Juan López Short Torpedo was the first—and currently just one of only three cigars—to be released for the Caribbean region, an area of the world served by Caribbean Cigars Corporation N.V., the exclusive distributor of Habanos S.A. products in the area.

The cigar comes in a vitola known as a petit pirámides, which measures 5 inches (127mm) long with a 50 ring gauge. It is a size that has been used 10 times thus far by Habanos S.A., and eight of which were Edición Regional releases. As for the other two, one was the Partagás Serie P No.1, which came out in mid-2010 and was notable for the black ceramic jars in which the cigars were packaged; the other was the San Cristóbal de La Habana Prado, which was released in late 2019 as an exclusive for Habanos Specialist retailers.

As we have documented before, the Edición Regional program debuted in 2005, giving distributors the opportunity to commission exclusive cigars for their area of the world. In the program’s early days, selections were limited to the 17 local and niche brands, that is, none of the more well-known “global brands” such as Cohiba, Montecristo and Romeo y Julieta. In 2019, when Habanos S.A. reorganized its brands, it allowed the Cuaba and San Cristóbal de la Habana brands to be added to the available options. There have also been instances where brands were created for Edición Regional releases, notably the Edmundo Dantes brand for Mexico.

The size selected must currently be in Habanos S.A.’s portfolio, but must not be in a brand’s regular production offerings, and a distributor now has to commit to purchasing at least 25,000 cigars. Prior to 2012, distributors could commission multiple cigars per year, since that time it has been limited to just one release, though larger distributors have found some workarounds by creating smaller regions within their territories and creating releases for those smaller slices.

Note: Since halfwheel launched in 2012, we have started off each new year with a week of reviews that are different from the other parts of the year. Rather than reviewing new cigars, we try to find cigars people might consider a holy grail cigar. These reviews are scored the same as our regular reviews, though oftentimes we are only able to procure one of the cigars, so many of these reviews are based on smoking one cigar instead of our normal three cigars per review. You can read more Holy Grail Week reviews by clicking here. — Charlie Minato. Both of the wrappers on the two Juan López Short Torpedoes being smoked for this review look dry, and given the age and fact that they didn’t come in cellophane, whatever oiliness the leaves originally had has been lost to time. I certainly would have liked to see these cigars when newly released for comparison, as I would be fascinated to know if they debuted with the wrappers looking anything like they do now. Color-wise, they feel just lighter than medium and are generally very even in color, with a bit of mottling around the heads of the two samples. Veins are a bit smaller than average, while seam lines are visible in spots due to not sitting quite flatly against the cylinder. Beyond that, I notice that the bands have become quite loose, beyond just the occasional looseness that is found on torpedo vitolas where the bands might not have been able to be applied with the usual snugness. The cigars are quite firm, and with the dry wrapper I’m not going to give it anything more than a superficial squeeze and I am afraid they could crack in my hands. I begin to worry about what clipping the cap might do to the cigar, a question that will be resolved shortly. The wrapper itself smells dry and even a bit dusty, definitely showing some of its age as I’d have a hard time imagining that a new cigar produced and maintained with a modicum of care would smell like this. The foot has a bit more depth and doesn’t immediately make me notice the dryness, though all the secondary flavors are dry: peanut butter crackers, the bottom of a pile of lumber, and a bit of fragrant cedar, the latter of which adds a touch of a fragrant aspect. The head of the cigar survives a fairly conservative clip, and I’m not surprised to discover that the profile is mild and dry, though I get my first taste of pepper on the finish. It’s not the most defined flavor, making me think of various toasted breads and a bit of dry peanut butter, with—somewhat surprisingly—no real pepper to speak of. The draw is pretty close to ideal, maybe a tick to the firm side, though I’m willing to attribute that to the tapered head and how little I cut off to start.

Not surprisingly, the first puffs of the Juan López Short Torpedo are on the dry side of the spectrum, but they are a bit more complex than I was expecting. There’s the familiar wood and toast combination, but also a pleasant black pepper that becomes a bit more lively with each puff. There also feels like there’s a bit of dry creaminess in the background, which helps develop the body of the smoke as well as add some flavor complexity, though it tastes notably different from what I would call creaminess in a more recently-produced cigar. After I tap off the first clump of ash, the profile picks up a decidedly earthy flavor, dry in the same way that I find Honduran tobacco to be, but not as dusty. Retrohales in the first third have a sneaky amount of pepper; it doesn’t hit my nostrils with a strong, upfront tingle, but a slightly slow exhale results in a surprisingly potent tingle. The draw is a bit firm, but I’m fine with where it is, and I don’t feel like clipping off more of the head to try and get an incremental improvement. The smoke production and burn line are both great, leaving me quite pleased with how the cigar has burned thus far. Flavor is medium, body is medium and strength is mild thus far.

The second third gets underway with a bit more black pepper on the palate, but what’s interesting is that I notice it most when a bit of smoke gets in my eyes. That alerts me to the change much in the same way that retrohales tend to do, and it’s not long before I begin tasting more pepper emerging out of the earthiness. The creaminess has faded from the profile, though not much else has changed since the start other than that the flavors feel a bit more vibrant on the whole. Around the midway point, I’m wondering if the cigar might have gotten a bit too much age. While things taste fine and the profile is enjoyable, it tastes like it might be just past its prime. To borrow from the popular saying, the whole doesn’t taste better than the sum of its parts. Past the midway point, there’s more of the dry earthiness, and at its most singular, it reminds me of driving along a dry, dusty road in an open-air vehicle and the subsequent taste in my mouth. The final puffs of the second third take out some of the pepper, leaving a dry, robust finish that sits on the tongue and in the nostrils for a few seconds after each puff. There are a couple of spots that see the creaminess return, though the net effect is only a subtle change to the profile. There’s also a flavor that I can’t quite identify, other than it reminds me of some store-bought, sugar-coated cake donut holes that taste anything but fresh out of the oven. Flavor nudges up to medium-plus, body is still around medium, and while I don’t feel any nicotine strength, it seems like it has nudged up to a medium mark and may hit me a bit once the cigar is over. 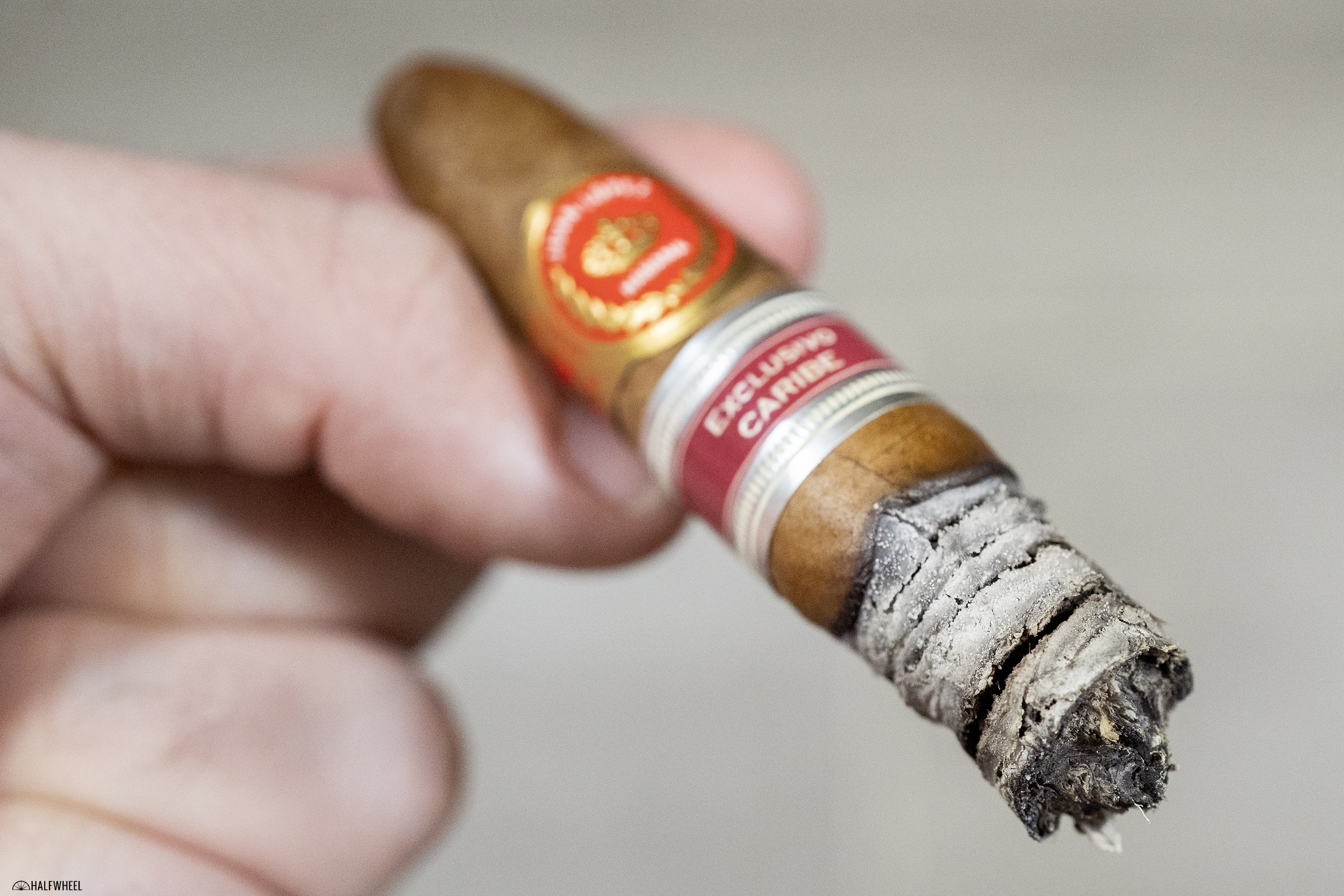 The final third of the Juan López Short Torpedo starts with more of the earthiness, though for some reason it seems the edge of the profile has softened, at least on my taste buds. Retrohales still have a sufficient amount of black pepper to impart a tingle on my nostrils and make for a very enjoyable way to experience the profile. Both of the cigars follow a bit of undoing of the complexity that peaked in the second third, thankfully it is slow enough to keep the profile enjoyable in the final inches. There are a few points where the edge that the earthiness has offered returns, as even without a recent puff I can feel the tickle of some irritation in my throat. The Juan López Short Torpedo comes to a fairly uneventful conclusion, not changing the profile much but still burning well enough to let me smoke it down to a very small nub. Flavor is medium, though the late irritation makes it feel more medium-plus, while body is back to medium and the strength never took that step forward that I was thinking it might, backing down to medium-minus. 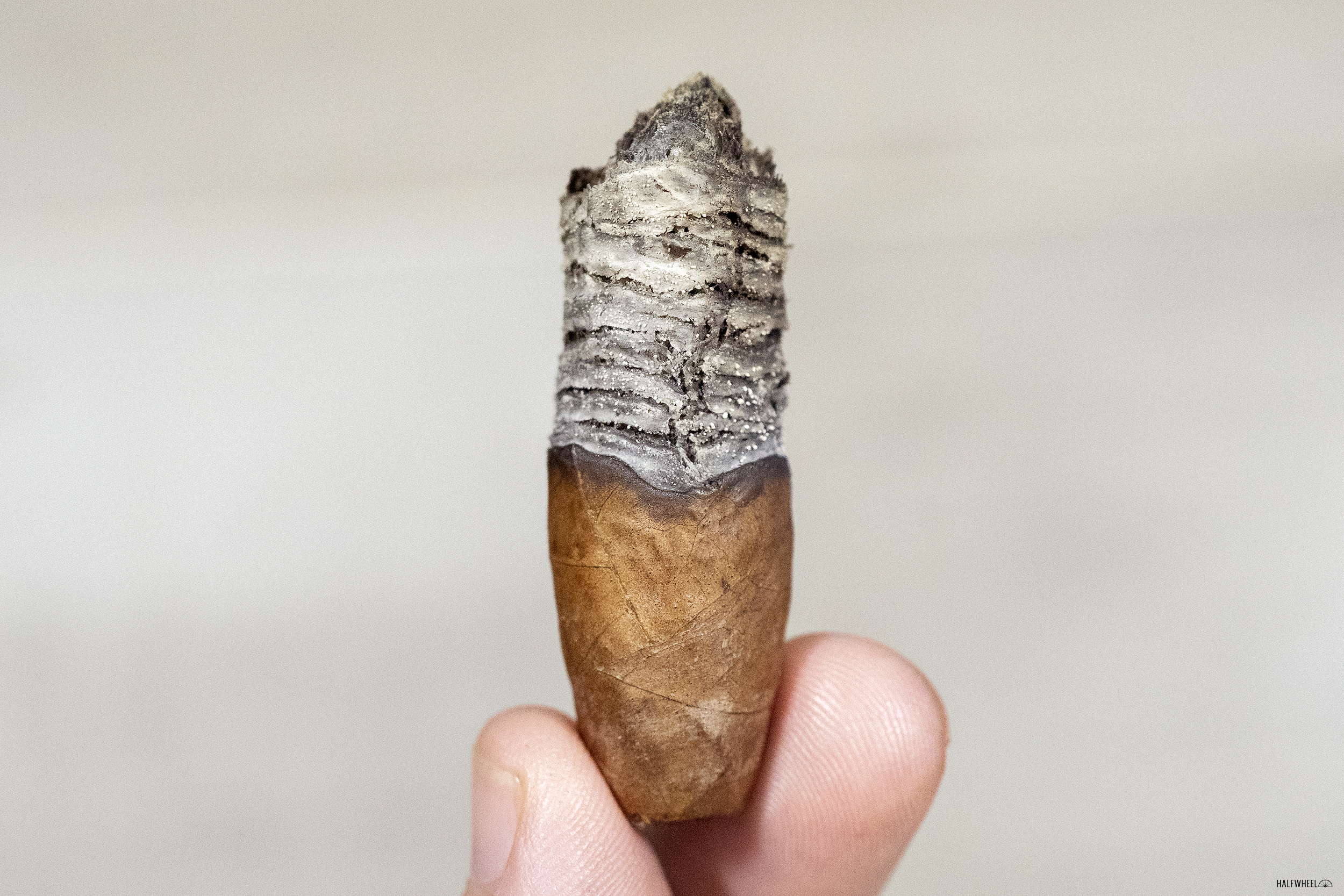 While I wouldn’t have called the Juan López Short Torpedo one of my own Holy Grail cigars, given the limited production and age, I was definitely intrigued just to see what these cigars would offer. As expected, there are definitely some signs that the cigars have been around for a while. Visually, the wrappers look like they’ve lost the majority of whatever oils they once had, the cigars appear to have shrunk a bit as evidenced by the bands sliding off so easily, and everything about the pre-light aroma and cold draw suggested a real mellowing of the tobaccos. But once lit, the cigar begins to wake up and show it still has a decent amount of flavor left, even if it’s not a rich or complex profile. By the halfway point, it begins to become clear that the cigar may have already peaked, and the rest of the cigar does little to change my opinion. That’s not to say that the Juan López Short Torpedo is a bad cigar—not by any means—but were I to have some of these sitting in my humidor, I would begin making a concerted effort to smoke more of them before they begin showing even more of their age.