This year marks the 30th anniversary of the La Casa del Habano franchise, and Habanos S.A. has announced an exclusive cigar for the worldwide network of Cuban cigar retailers. 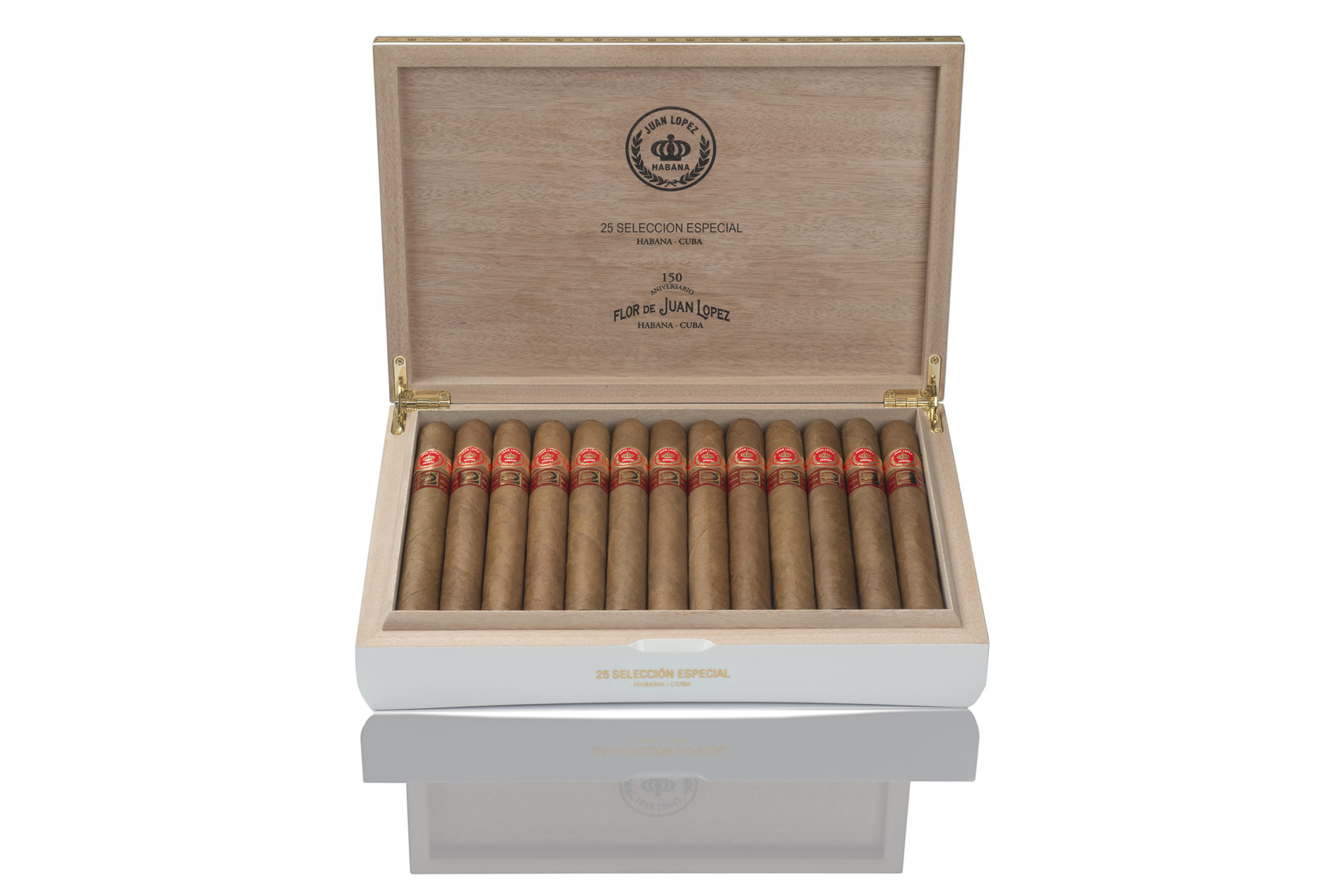 The Juan Lopez Selección Especial measures 6 7/10 inches long (170mm) with a 52 ring gauge, a double robusto vitola known as the Torre Iznaga. It is a size that debuted in 2006 with the Trinidad Torre Iznaga, a Collectión Habanos release that is best known for its presentation in a box designed to look like a classic novel. It returned in 2011, and has also been used as the vitola for 2009’s Juan Lopez Selección Suprema, an Edición Regional for the United Kingdom, as well as in 2010 for the Ramón Allones Gladiator, an Edición Regional for the Andes, or more specifically Bolivia, Peru and Ecuador. Its secondary band designates the cigar as Exclusivo Andino B.P.E.

The cigars will come in 25-count boxes, though a release date has not yet been announced.

Juan López Selección Especial (Cepo 52 x 170 mm long) is the vitola selected by Habanos, S.A. in 2020 to commemorate the 150 years of the brand and the 30th anniversary of the franchise network La Casa del Habano, which markets this product exclusively.#XXIIFestivalHabano pic.twitter.com/lOruBG1CUj

There are approximately 90 La Casa del Habano retailers around the world, each of which is considered by Habanos S.A. to be premier retailers of Cuban cigars in their respective regions. Stores carrying the designation are required to meet an extensive list of qualifications, including have ample amounts of aged stock. In return, they are able to use the LCDH name, get access to exclusive LCDH product and are guaranteed to get the first shipments of new releases in their respective countries.