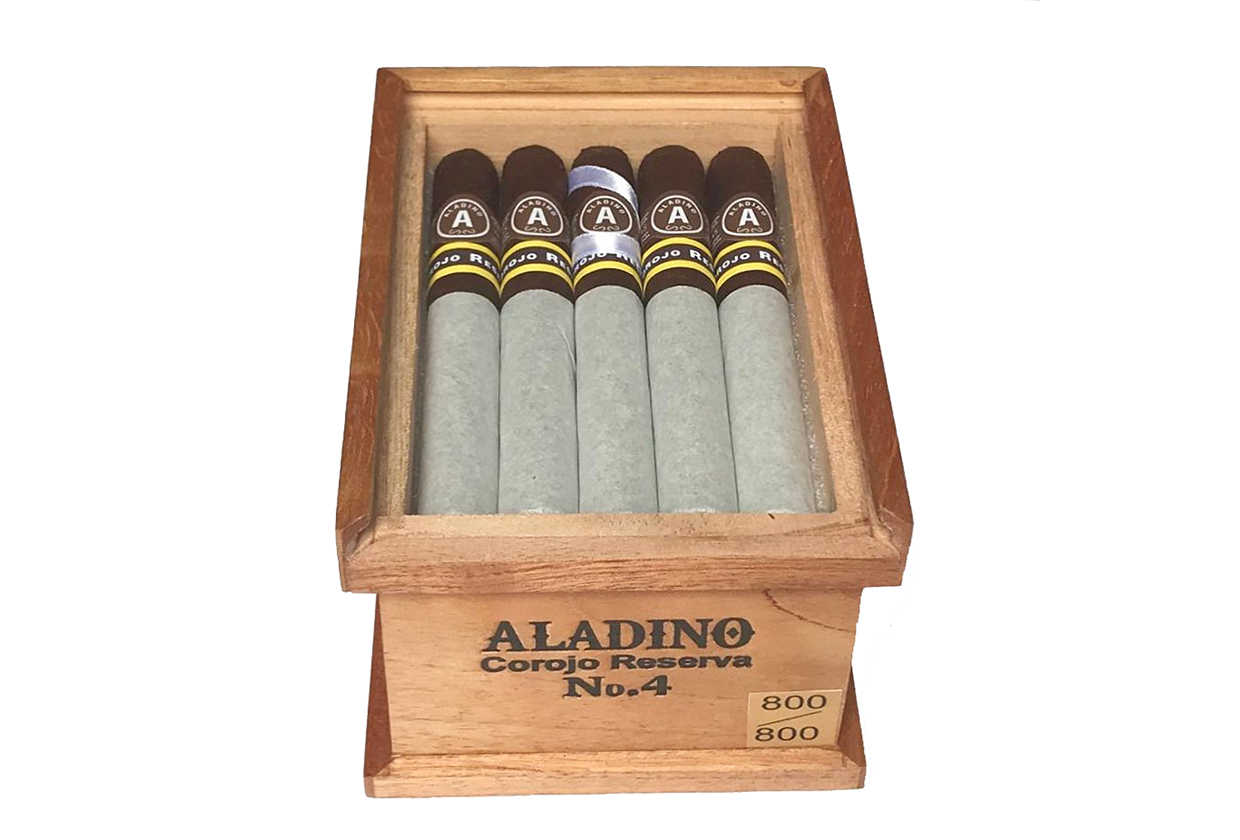 The Aladino Corojo Reserva Corona No.4 Limitado is off to stores.

JRE Tobacco Co. has begun shipping the first in what it’s describing as the Our Cuban Heritage Series. The 5 x 44 corona is a Honduran puro that uses higher primings that were aged for 4-5 years. The series is expected to include three or four more sizes, all of which will be one time releases.