The celebration of JR Cigar’s 50th anniversary continues with another new cigar for the store, the Herrera Estelí by Drew Estate JR 50th, which is set to be released on Tuesday, Oct. 26.

It’s a 7 x 48 Churchill vitola that uses an Ecuadorian habano wrapper, Honduran binder, and fillers from Nicaragua and Honduras, which on paper is the same blend as the regular production version. It is being limited to just 500 boxes of 10 cigars, with pricing set at $13.25 per cigar and $119.95 per box. The retailer is releasing them exclusively via its website. 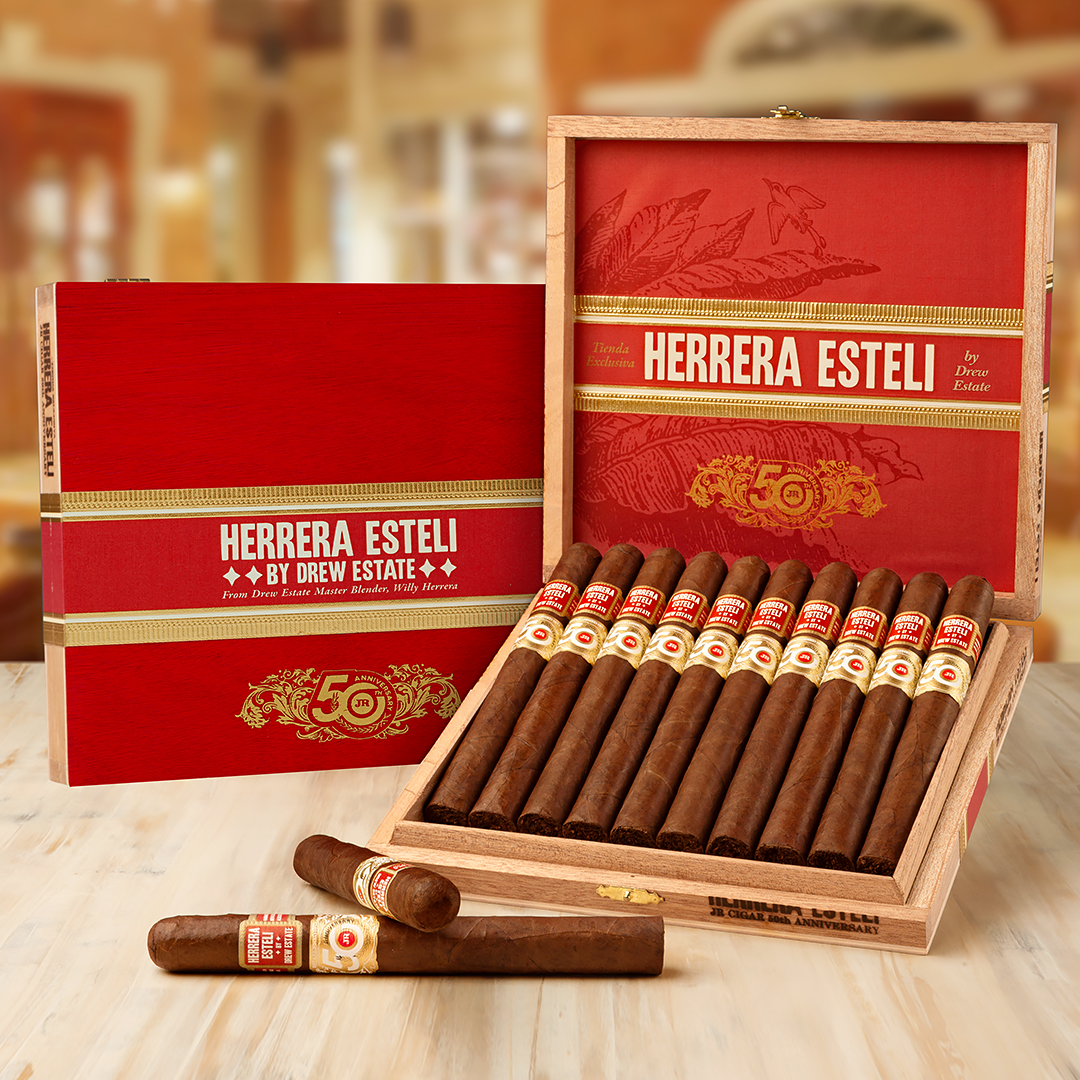 “Fifty years is an unbelievable achievement and one we are proud to be a part of,” said Willy Herrera, Drew Estate’s master blender, via a press release. “We knew we had to do something unique and truly special to stand out and we definitely accomplished that.”

The cigars are produced at La Gran Fabrica Drew Estate in Estelí, Nicaragua.