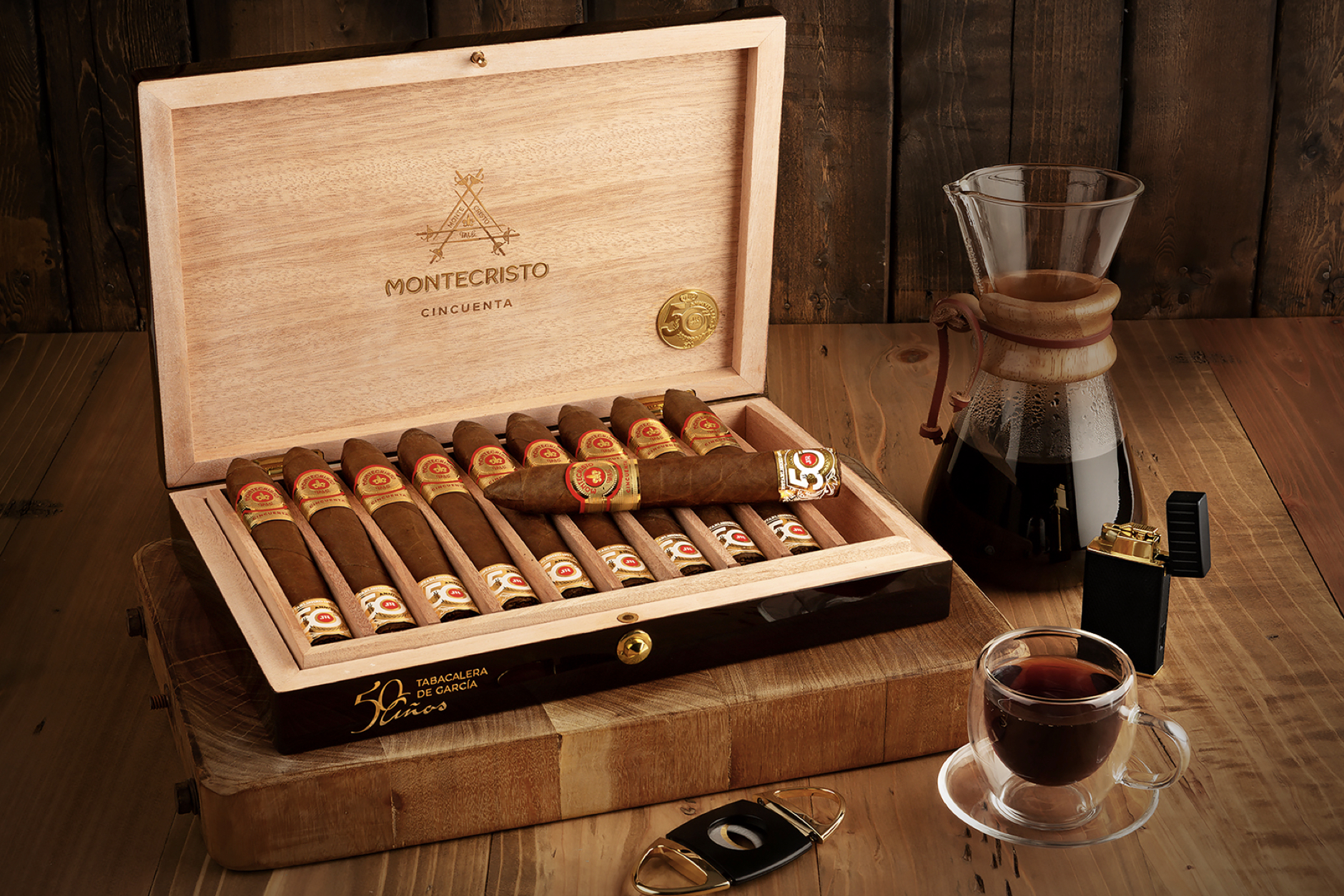 The Montecristo Cincuenta JR 50th is a 6 x 50 torpedo vitola. Unlike the two Montecristo Cincuentas that were released to retailers in 2019, the JR 50th version is a round cigar instead of a box-pressed vitola. It uses an Ecuadorian Sumatra wrapper over a Dominican binder and fillers from the Dominican Republic and Nicaragua. Like the other two cigars, it is being made at Tabacalera de García in the Dominican Republic.

MSRP is set at $35 per cigar and the Montecristo Cincuenta JR 50th is limited to 500 boxes of 10 cigars. It will go on sale on April 5 on the JR Cigar website. 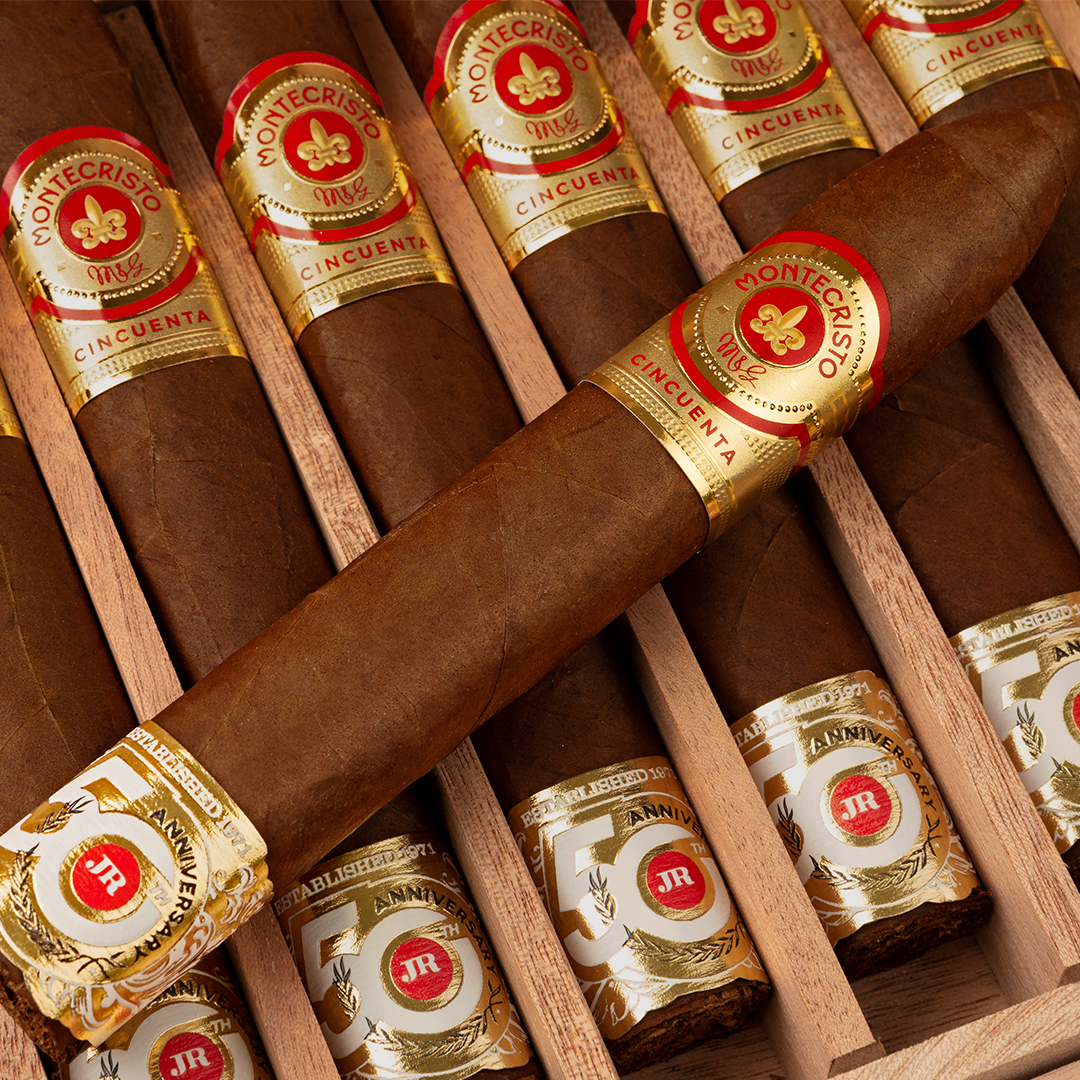 “The Montecristo Cincuenta was originally released in 2019 to celebrate another 50th anniversary – that of our Tabacalera de Garcia factory in La Romana, Dominican Republic,” said Rafael Nodal, head of product capability for Altadis U.S.A., in a press release. “Now we are proud to offer this iconic Montecristo vitola as a special limited edition to celebrate another tremendous milestone, the 50th anniversary of our colleagues at JR Cigar. This blend showcases the amazing tobacco and skilled blenders we have. It is the perfect cigar and size for such a great occasion.”

JR Cigar was founded by Lew Rothman in 1971 as a small cigar store in Manhattan. Rothman would expand the business with more stores in New Jersey, North Carolina, Michigan and Washington D.C. In addition, he created Santa Clara as a wholesale distribution company to sell products to other stores. In 1997, 800-JR Cigar, Inc. went public on the NASDAQ and in 2003, Altadis S.A.—now Imperial Brands, plc—purchased a controlling stake. Last year, Imperial sold JR and others to an unnamed Chinese buyer. Tabacalera de García, Altadis U.S.A. and JR Cigar are all owned by the same ownership group.