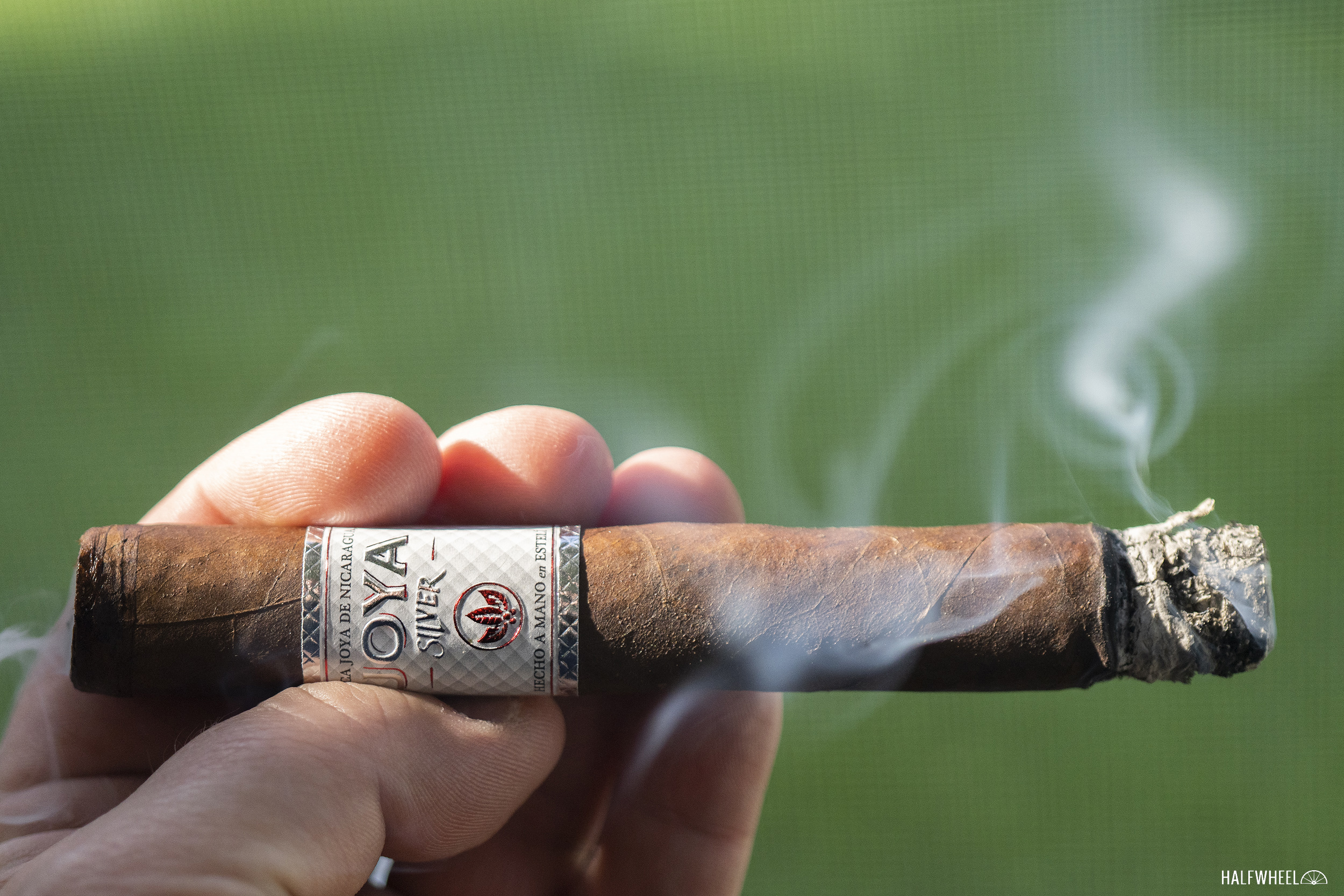 After releasing two different lines under its Joya family of brands—specifically, the Joya Red that debuted in 2014 and the Joya Black that was first sold in 2016—Joya de Nicaragua added a third blend in 2018 as part of its 50th-anniversary celebrations.

The Joya Silver is made up of an Ecuadorian oscuro wrapper covering a Mexican binder and filler tobaccos from Nicaragua. When it was introduced, the line included four different vitolas, all of which carried a retail price under $8 and none of which were over 52 ring gauge. 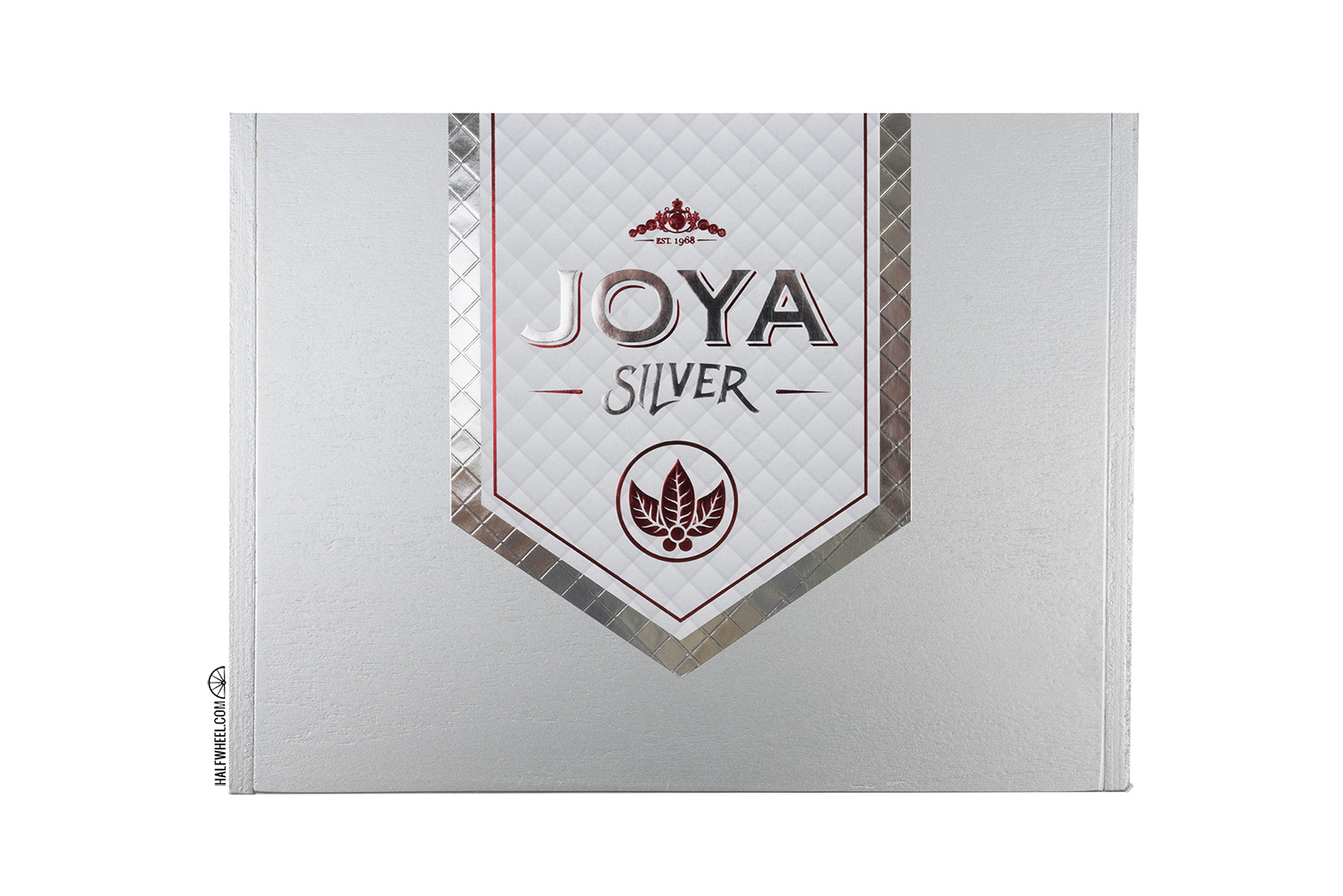 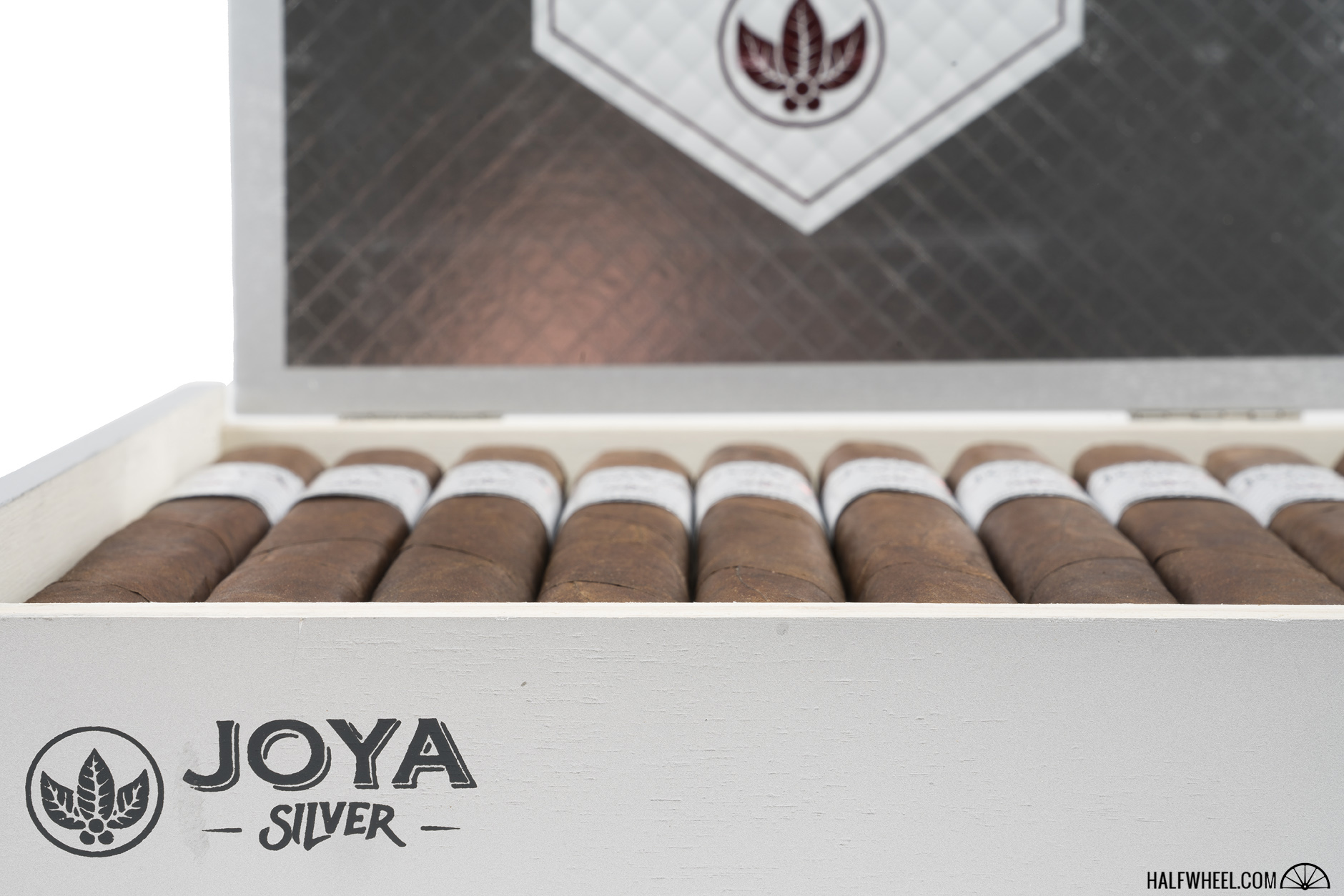 “In the year of our 50th anniversary, we want to be recognized as a cigar factory that delivers the expected timeless quality of a Nicaraguan cigar, but that is also willing to evolve and take on new challenges,”  said Mario Pérez, Joya de Nicaragua’s general manager, in a press release. “On top of creating a cigar for the Joya Line with a more complex flavor profile, we wanted to create a strong visual impact. Joya Silver’s packaging is probably the edgiest in our portfolio, making it a smoke that shines.” 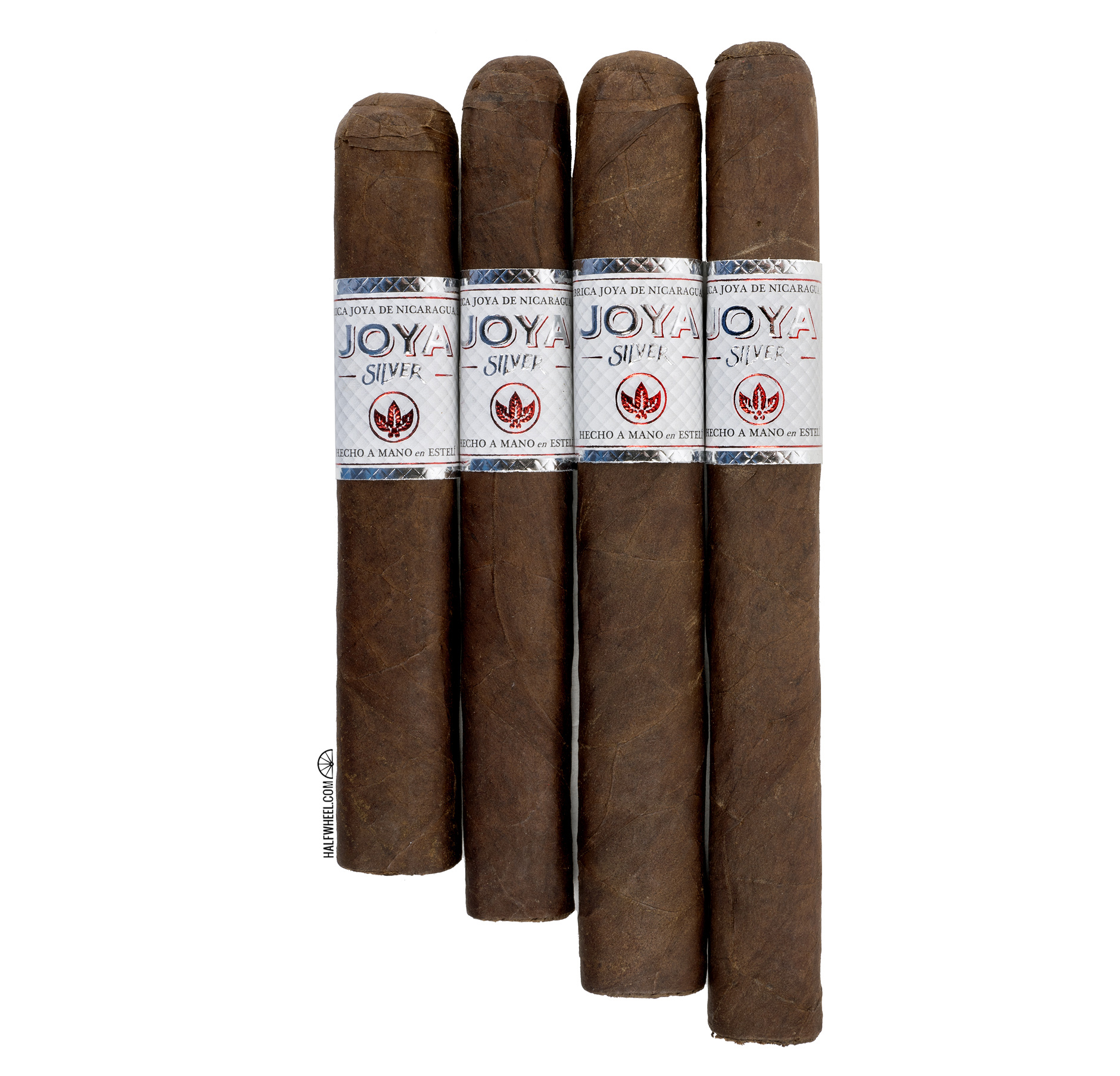 Here is what I wrote in my original review back in October 2018:

I have been a fan of the Joya Red since it was introduced, and was excited to see what the Joya Silver brought to the table. The color choice made me think it was going to be a milder blend, but it turned out to be a fuller cigar than I was expecting, especially in the final third. However, the most enjoyable aspect about the new cigar is the amount of smoothness and flavor the blend features, punctuated by a dominant creamy cashew and marzipan sweetness combination that play off each other nicely. Throw in the excellent price point, superb balance and wonderful construction, and you have a winner that you can smoke just about any time of the day. 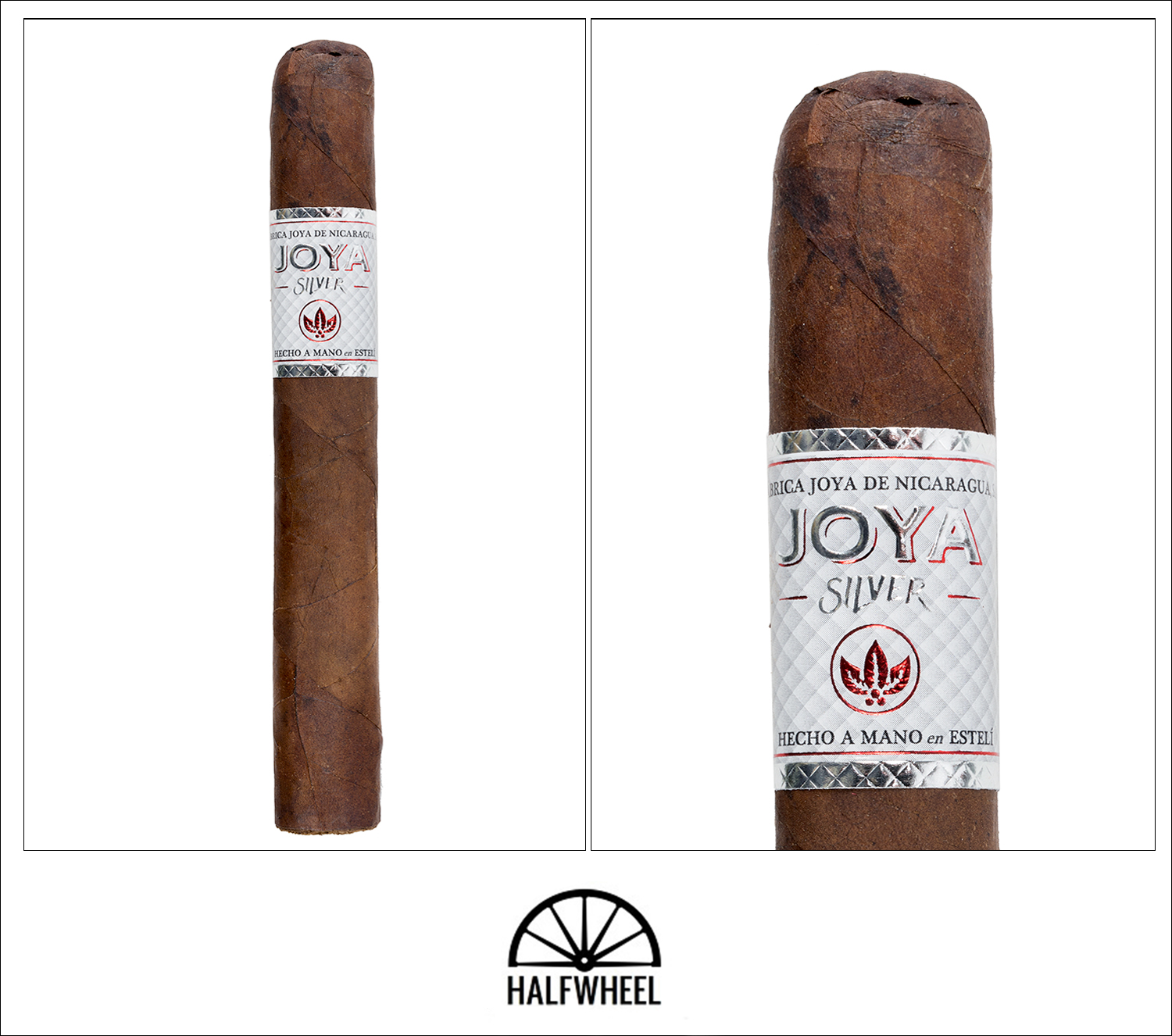 Unlike the samples in my first review, the Joya Silver Toro is covered in a dark espresso brown wrapper that is parchment rough to the touch and has almost no sign of any oil. The box-press is well done—noticeable without having distractingly sharp edges—and the cigar is slightly spongy when squeezed. Aroma from the wrapper is a combination of strong dark chocolate, generic wood, espresso beans, earth, hay, leather and vanilla sweetness, while the cold draw brings flavors of aged oak, leather, cocoa nibs, creamy almonds, hay, cinnamon and slight generic sweetness.

The Joya Silver Toro features a number of flavors right off of the bat, but two notes easily stand out from the rest: dark chocolate and creamy almonds. Those main notes are followed closely by flavors of creamy oak, cinnamon, leather, freshly brewed espresso and a very slight floral flavor. In addition, there is more spice on my tongue than I was expecting—quite a bit more compared to what I remembered in the first samples—as well as some nice white pepper on the retrohale. In addition, some very distinct graham cracker sweetness rounds out the retrohale. While the second half of the Joya Silver Toro is similar to the first in terms of the main flavors of creamy almonds and dark chocolate, there is significantly less spice on my tongue and pepper on the retrohale. The lack of spice allows more graham cracker sweetness to invade the profile, where it combines with lesser notes of leather, popcorn, hay, cinnamon and espresso.

Construction-wise, the burn on the Joya Silver shows early signs of getting a bit out of control which in turn prompts me to touch it up once soon after the foot was lit, but it gives me no more issues for the rest of the cigar. With that said, the draw is excellent with just the right amount of resistance after a straight cut and the smoke production is both dense and copious for pretty much the entire cigar. The overall strength is one of the major differences between the original review and this redux, increasing slowly during the two hour and two minute smoking time to end up at a solid medium, noticeably lighter than the medium-plus that I noted in the first review.

Time and again, Joya de Nicaragua proves its cigars are some of the best on the market, and after a year and a half of age, the Joya Silver continues to show why. The blend is a flavor bomb, with nuance evident throughout the two hour smoking time and complexity to spare. In addition, other than a slight hiccup in the first third, the burn was very good, the draw give me no issues whatsoever and the solid medium strength—noticeably lighter than when it was fresh—was well-integrated. While the profile of the Joya Silver Toro is quite different in numerous ways compared to the first time around, it is no less enjoyable and remains a great choice to represent the company’s 50th anniversary.