When it comes to the vast majority of stories and reviews we write about cigars, the cigar in question is the standalone project. Yet in the case of this cigar, it was released both as a complement to a limited edition and to get some market research.

In 2019, Joya de Nicaragua re-released its Antaño Gran Reserva Presidente to retailers who are members of the Tobacconists’ Association of America (TAA), and to accompany that cigar it also released the cigar be reviewing today, the Selección de Torcedor. Instead of coming in boxes, the 6 x 52 toro was offered in five-packs designed to be used by retailers as a sales incentive. But the company also wanted to get feedback on the cigar to see if it could come back as a regular release.

Additionally, the company said that the Selección de Torcedor line would grow with annual releases, though that has yet to happen.

“We are so humbled by all the recognition we received last year during our 50th anniversary, that we decided we needed to give an extra step to express our gratitude with the trade and the industry, and this is how we came up with the Selección de Torcedor program, that will be part of something even bigger,” said Juan Ignacio Martínez, executive president of Joya de Nicaragua, in a press release when the cigar was announced in May 2019. As is often the case with projects like these, but as a fairly unique thing for Joya de Nicaragua, nothing was disclosed about the Selección de Torcedor 2019’s blend. It also came without an MSRP, with the company leaving it up to retailers to either price the cigars or simply use them as sales incentives.

Here’s what I said about the Joya de Nicaragua Selección de Torcedor 2019 when I reviewed it in August 2019:

There are really two questions to be answered as to the Joya de Nicaragua Selección de Torcedor 2019; how is it on its own? and is it good enough to be its own release? The answer to the first is that while the cigar has some sharper spots and lacks some of the grounding notes that I think would enhance the overall impression, it’s still an enjoyable cigar that isn’t a typical Joya de NIcaragua profile yet shows the range of cigars that the company produce. It smokes near perfectly, with an even burn line, problem-free draw and plenty of smoke, which leaves the attention squarely where it should be: on the cigar itself. As for whether or not it could hold its own as a new line, I’m guardedly optimistic that it could, though what hole it fills in the Joya portfolio it fills is a question to which I don’t have an answer. 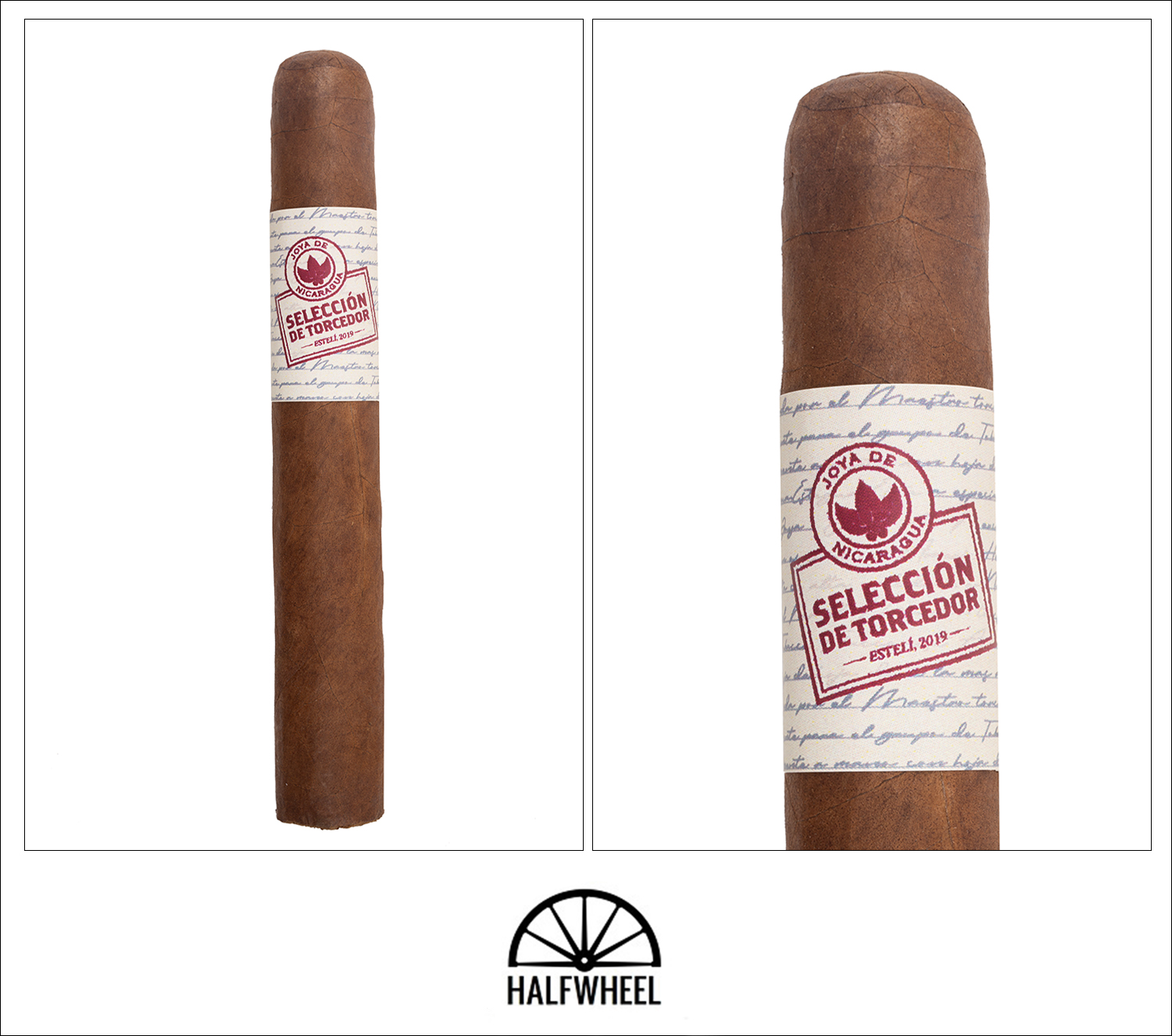 I’ve passed by the Joya de Nicaragua Selección de Torcedor 2019 so many times in my redux humidor that it looks very familiar, particularly the band that is a combination of a busy background, a very simple primary image, and a fairly simple band that lacks embossing or other flourishes. It’s a very firm cigar now, almost downright hard, showing very little give when gently squeezed. The wrapper leaf is on the darker side of medium, a deep nutty brown with just enough variation to reveal the seams. It is dry to the touch with a fine bit of grit and a decent vein structure. The foot offers a mild but impressively rich aroma; there’s no outright sweetness or pepper, but instead something that reminds me of an unflavored loaf or cake at a coffee shop. The more I smell the foot, the more rich wood I get from the foot, including some deep cedar and a tickle of black pepper. The cold draw is firm and impressively organic, merging wood with some tea flavors and a bit of an herbal character that reminds me of a digestif. Again, it’s not overly sweet or peppery, but there are both around the edges of the profile.

The Joya de Nicaragua Selección de Torcedor 2019 starts off with a rich if somewhat muted profile, bringing damp wood, a bit of black pepper, cedar and a bit of earthiness together. The slightly damp aspect of the flavor is a bit concerning out of the gate, though I’m optimistic the cigar will avoid any issues because of it, and with a retrohale showing no issues I’m reassured in my hope. I’m even more so after the first clump of ash comes off, as the flavor brightens up a bit, though brings a bit of a chalky flavor with it, an overall improvement but one that still has work to do. It tackles the task with each subsequent puff, with the retrohales the first to show the slightly lighter and brighter profile, then the change appears on the taste buds. There’s a bit of light earth emerging and more white pepper than previously, which take turns leading the profile to its new point. Flavor starts at a dense medium and blossoms into a brighter medium-plus, while body holds fairly steady at medium-plus and strength is shy of the medium mark. The draw is a bit firm but combustion and smoke production are very good.

Flavor-wise, the second half of the Joya de Nicaragua Selección de Torcedor 2019 starts a bit past the midway point when a richer wood note coming into the profile, and while there’s a bit less pepper on the palate, the retrohale continues to refine itself and is now an ideal accent to the flavor, adding whatever extra zing of pepper might be missing and making the exercise quite rewarding. Unfortunately, the very enjoyable progression that the cigar had been on hits a bump in the final third as the chalk surges forward for a few puffs. The cigar rights itself not long after, though picks up a bit sharper black pepper note in the process, and one that accompanies a distinct sensation in the back of the throat. While the final third isn’t as refined or balanced as its predecessor, it does a good job trying to stay balanced through its finish, balancing a sharper black pepper with a more medium-profile woodiness and a smoky undertone. The profile is also on the dry side as it comes to its conclusion after two hours and 15 minutes. The flavor is still a vibrant medium-plus, body is close behind, and strength has built to just over medium. Construction remains very good: the burn line is very even, smoke production is on par with any other cigar, and combustion is problem-free, even with a still firm draw.

After finishing up the Joya de Nicaragua Selección de Torcedor 2019, I was intrigued to go back and read my thoughts from two years ago and to find that I noted the cigar had some sharper points to resolve while needing some grounding notes. Both have largely been resolved, though the former is still an issue in the final third, an unfortunate spot for a cigar that had been on an impressive trajectory to that point. The grounding notes might not have developed as much as I would have hoped, but they are there more now, setting the base for the kind of takeoff the cigar underwent through its first half. Construction is still fantastic, something that has been said a lot recently about Joya de Nicaragua's releases. While I'm still not sure this has the makings of a blend ready to become a full release, it is a bit closer in some spots, particularly in the very enjoyable second third. Whether or not it does, of course, remains to be seen.