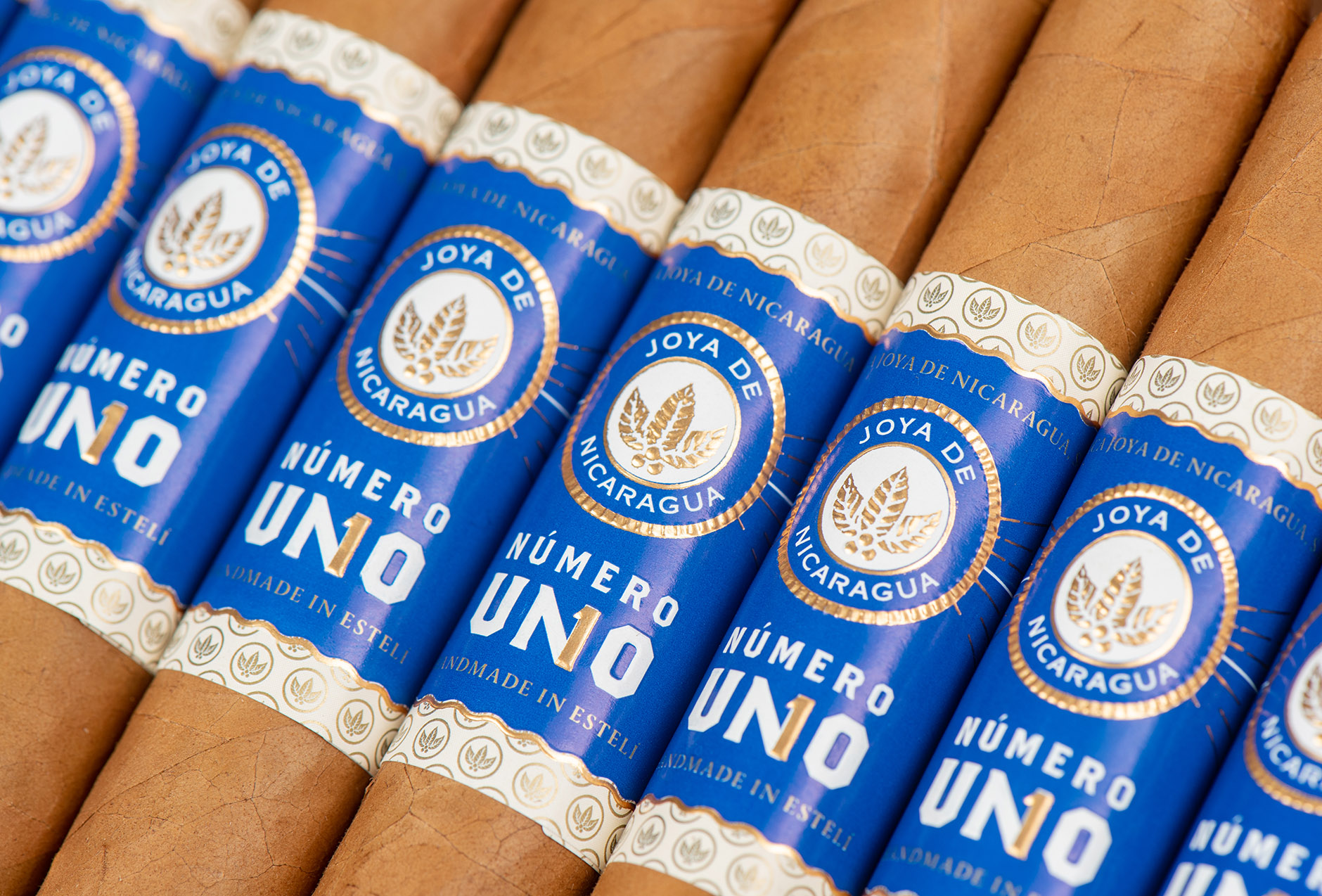 The cigar will debut on Oct. 8 at Up Down Cigar in Chicago and will be exclusive to the store until sometime next year. It measures 5 1/2 x 42 compared to the 6 5/8 x 44 original version. The larger cigar, previously known as the Joya de Nicaragua No.1, was used for diplomatic gifts for Nicaragua though Joya opted to send it to select events last year as part of its 50th anniversary celebration.

It went onto to be named halfwheel’s top cigar of 2018 and Joya de Nicaragua decided to sell it to select accounts this year. under the rebranded Número Uno name and look.

Up Down Cigar was one of the first shops to receive the cigar when it was an event-only release last year and now will get the corona version as an exclusive before it heads to select stores next year. It is priced at $11.50 per cigar.

The Número Uno is based on the Clasico line, it uses an Ecuadorian Connecticut wrapper over a Nicaraguan binder and Nicaraguan fillers