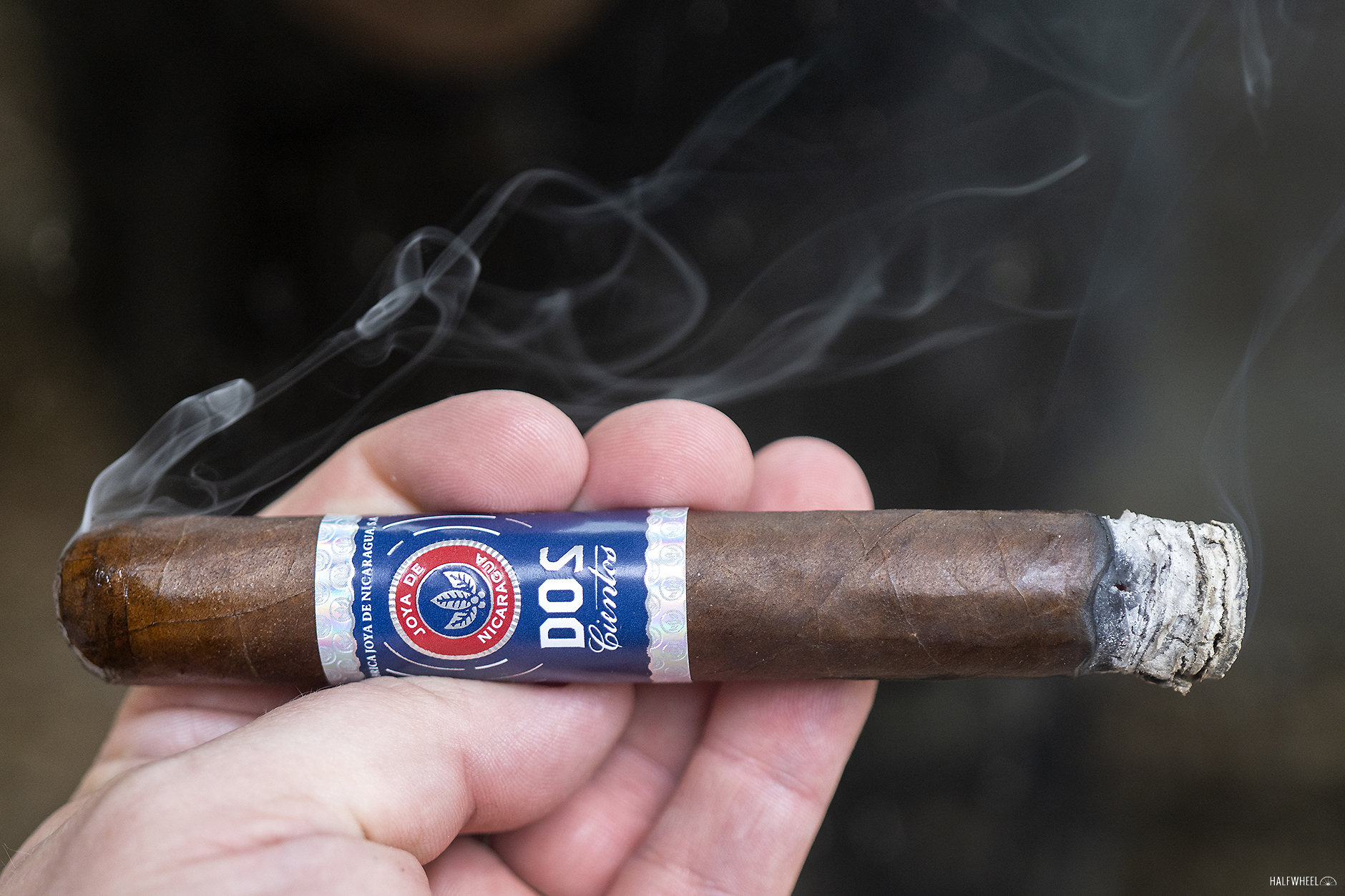 Through the years, there have been cigars released to honor any number of different anniversaries and events, but the newest example of that genre from Joya de Nicaragua commemorates one of the most important events in the history of its home country of Nicaragua.

Named Dos Cientos—or two hundred in Spanish—the new cigar was created to celebrate the 200th anniversary of Sept. 15, 1821, when the countries of Costa Rica, El Salvador, Guatemala, Honduras and Nicaragua declared their independence from the Spanish empire. Somewhat appropriately, the blend of the new cigar is made up of tobaccos sourced from throughout the Central American region including an Ecuadorian habano wrapper, a binder from Mexico and fillers tobaccos from the Dominican Republic, Honduras and Nicaragua. “For us there is always a link between the past and the present,” said Juan Ignacio Martínez, via a press release. “We are who we are today because of the decisions that were made hundreds of years ago. Dos Cientos pays tribute to those 200 years and who we are today as the leading cigar producing country and region in the world.”

The Dos Cientos is available in a single 6 x 54 gran toro vitola priced at $17 each, with production limited to 3,000 boxes of 21 cigars. Of that total number, 2,000 boxes will be sold in the U.S. while the remaining 1,000 are designated for international markets. In addition, one of the cigars in each box is wrapped in tissue paper, a designation that indicated it was originally intended to be smoked during a special virtual celebration on Central American Independence Day that was to take place on Sept. 15, 2021. However, since the cigars were delayed and did not actually begin shipping to retailers until mid-October, Joya de Nicaragua scheduled an online event on Nov. 18 instead.

The Dos Cientos is the fourth addition to Joya de Nicaragua’s Obras Maestras series, which is made up of the company’s ultra-premium family of cigars: Thick and heavy when held in my hand, the Joya de Nicaragua Dos Cientos is covered in a milk chocolate brown wrapper that is silky smooth to the touch and features a sheen of oil. In addition, the cigar is quite firm when squeezed and has a number of both overt veins and small bumps up and down its length. The aroma from the wrapper is a combination of oak, leather, earth and pine nuts while the foot brings notes of strong raisins, generic wood, nuts and cocoa nibs. After a v-cut the cold draw features flavors of incredibly rich raisins, oak, leather, hay and slight citrus peel.

Flavors of anise and bitter coffee dominate the palate immediately after I light the foot of the Dos Cientos, but those quickly morph into main flavors of leather and rich espresso beans. Additional notes of oak, hay, oak, barnyard and a slight floral note flit in and out, while an interesting cayenne pepper note combines with some light honey sweetness on the retrohale. Construction-wise, both the burn and the draw are excellent after a v-cut cut for two samples while another needs a minor correction and the smoke production is well above average coming off of the foot. Flavor is medium-full from the start, body is slightly below medium and the strength ends the first third a bit under the medium mark.

The second third of the Dos Cientos is where the blend really begins to shine, starting with a new top combination of flavors that include both cocoa nibs and creamy oak, followed by cashews, leather, espresso beans, earth and a touch of floral flavors that show up every once in a while. The cayenne pepper continues to dominate the retrohale because the honey sweetness is just not strong enough to compensate, and there is a little bit of new spice on my tongue as well. Both the burn and draw continue to impress, while the smoke production continues to flow off of the foot in thick waves. Flavor remains medium-full, while both the body and strength have increased enough to hit a solid medium by the end of the second third. There are a number of changes in the profile of the Dos Cientos during the final third, including the top flavor combination that is now made up of freshly roasted espresso beans and gritty earth. Secondary flavors include hay, oak, sourdough bread, cashews, leather and floral flavors, while the spice present on my tongue has increased slightly. The overall construction continues to give me virtually no issues, while there is more than enough smoke production until the end of the cigar. Flavor and body end the cigar at medium-full, while the strength reaches a point slightly above medium just as I put the nub down with about an inch remaining. Joya de Nicaragua—both the brand and the company’s factory—has produced some of my favorite cigars in the past few years, and the Dos Cientos easily continues that trend. Smooth as silk, extremely well-balanced and with virtually perfect construction, the Dos Cientos also features a profile that is full-flavored and has some nice transitions between each third. Yes, I wish the blend had a bit more honey sweetness to go along with the fairly prominent cayenne pepper on the retrohale, but in the end, that is a relatively minor issue when it comes to a cigar that is this enjoyable.