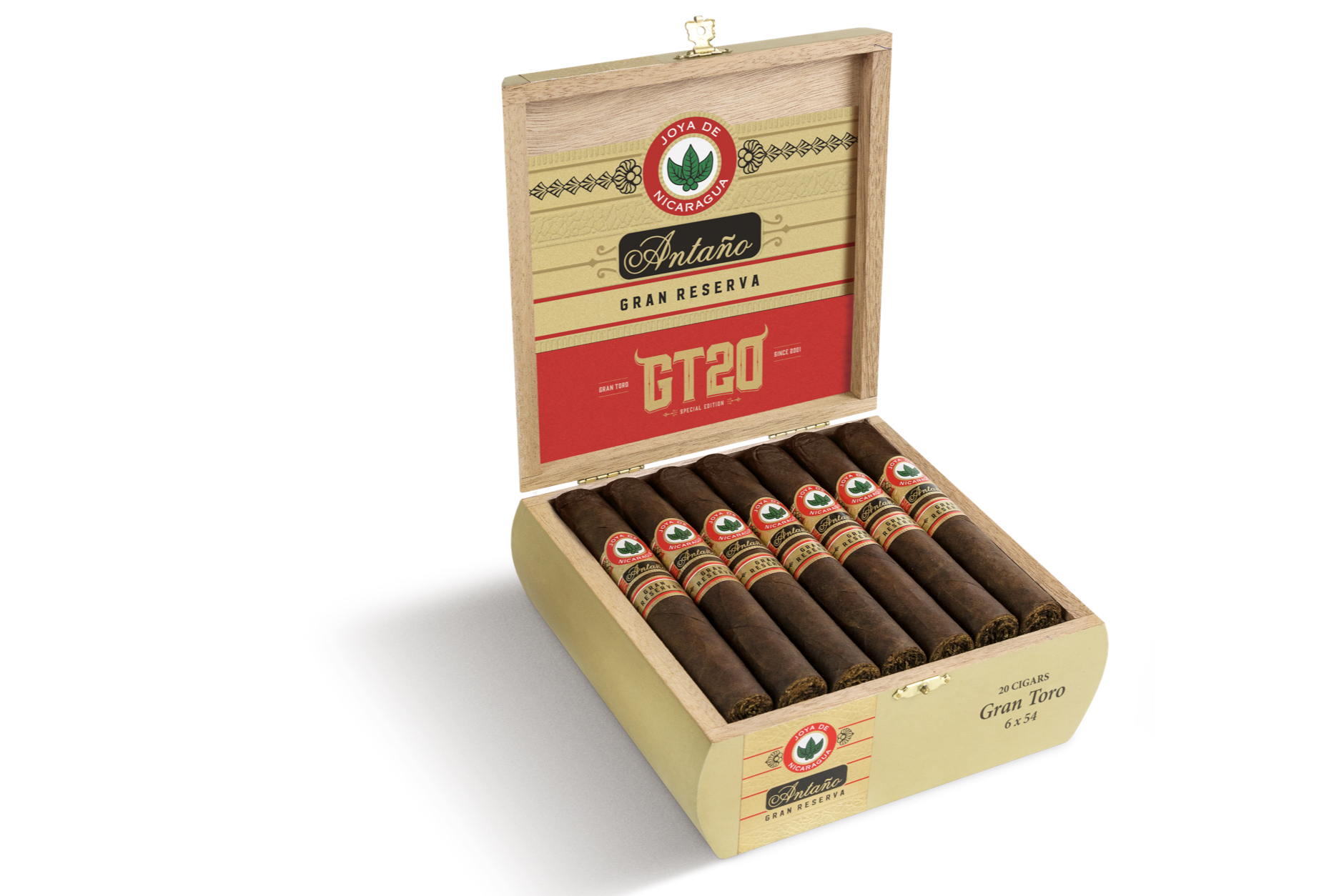 Joya de Nicaragua is celebrating the 20th anniversary of its Antaño brand with a new vitola that will be released in August.

The Joya de Nicaragua Antaño Gran Reserva GT20 is a box-pressed 6 x 52 toro that uses the same blend as the Antaño Gran Reserva. That means all of the tobacco is from Nicaragua, including the corojo oscuro wrapper which is also used on the original Antaño 1970 blend. The one difference is that some of the fillers are aged for more than five years to create a more refined profile compared to the regular Antaño 1970.

Joya de Nicaragua says the Gran Reserva GT20 will ship in August with an MSRP of $9.50 per cigar. It will be sold in boxes of 20.

“When anybody thinks of Nicaraguan powerhouse cigars, they undoubtedly think of Antaño. This is the cigar on which cigar legends are inspired,” said Dr. Alejandro Martínez Cuenca, chairman of Joya de Nicaragua, in a press release. “When we first tried the blend in progress, it was a bomb! Everybody in the room became so excited because it was exactly what we wanted: it was full-bodied and really hit your palate in all the places where we wanted it to hit … and we knew it was to become a game changer.”