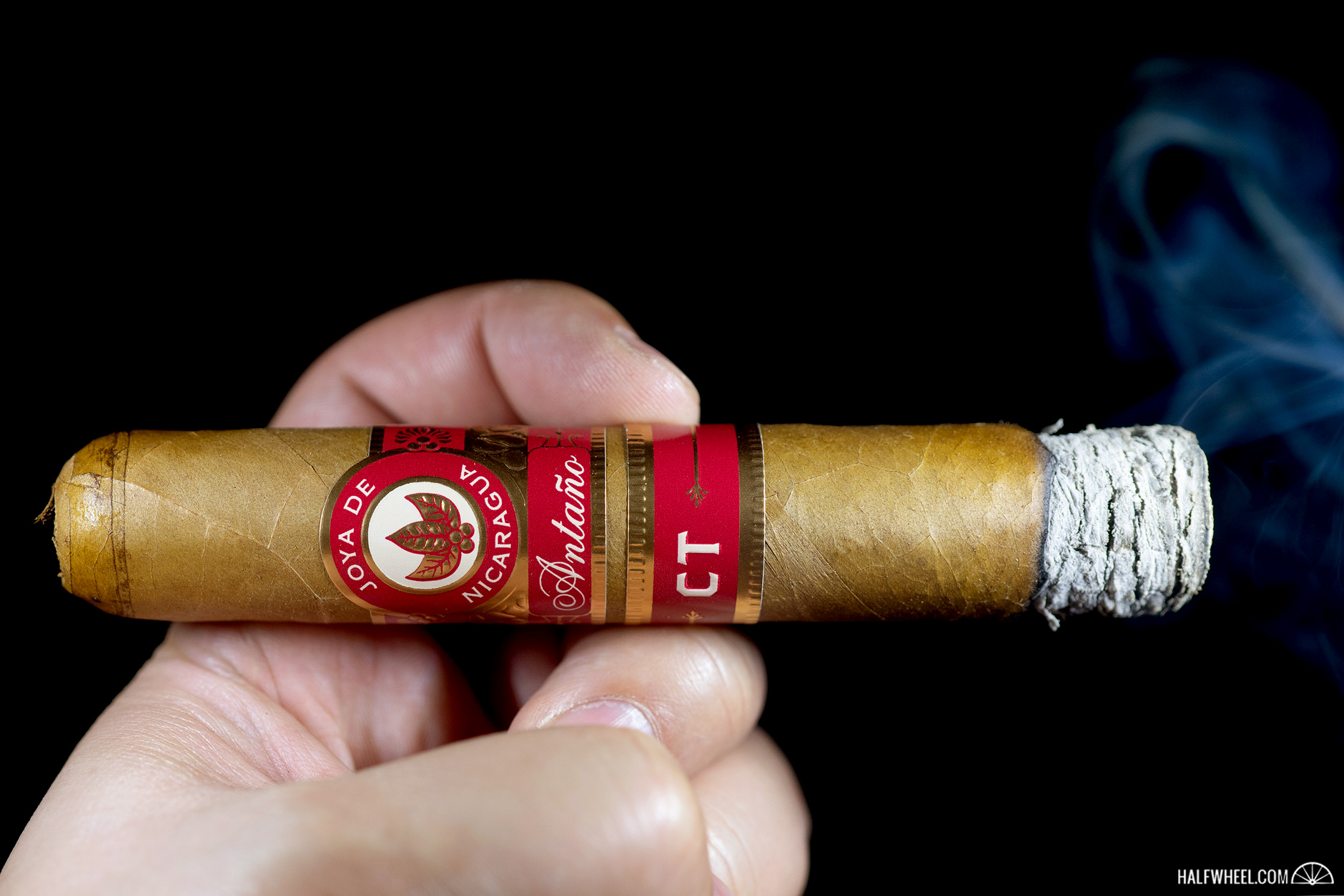 If you asked me what’s a strong cigar? the answers would probably start with Arturo Fuente’s Añejo, a cigar that always seems to hit me harder than most; RoMa Craft Tobac’s Neanderthal; and perhaps just a generic “La Flor Dominicana” response. But definitely amongst the top five would be Joya de Nicaragua’s Antaño.

Not too long ago, there was a time when the Antaño was substantially stronger than the average cigar on the market. It’s still quite a bit stronger, but the gap between it and the rest of the market has closed as cigars have gotten stronger, bigger and more expensive.

Joya de Nicaragua believes that while the Antaño has its fans, it’s a limited segment of the market, and as such, it’s now made two attempts at milder versions. The first came a few years ago in the form of the Antaño Gran Reserva, a line of cigars that received further aging. For 2019, the company is trying the make it milder messaging in a bit more obvious way: a Connecticut wrapper. 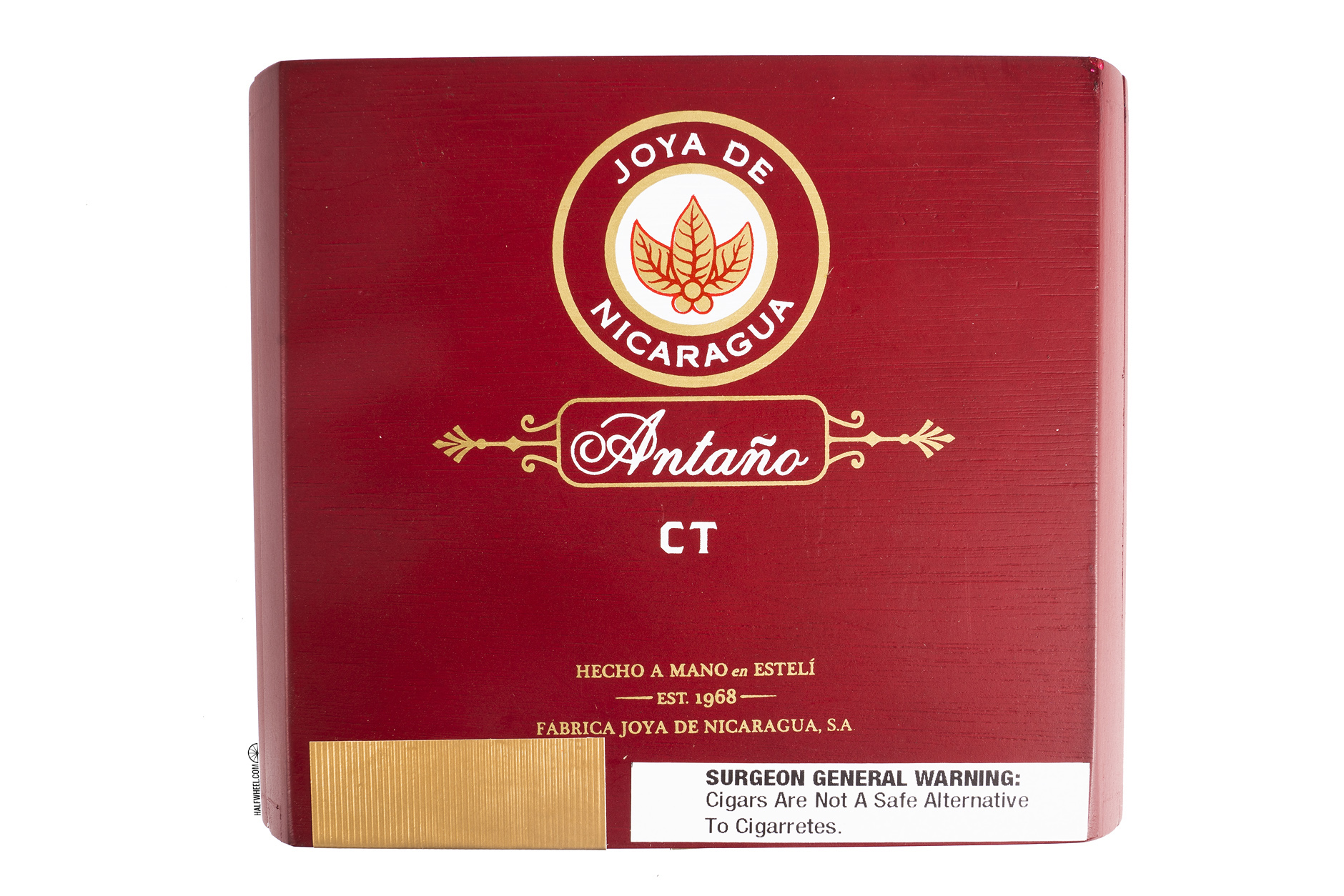 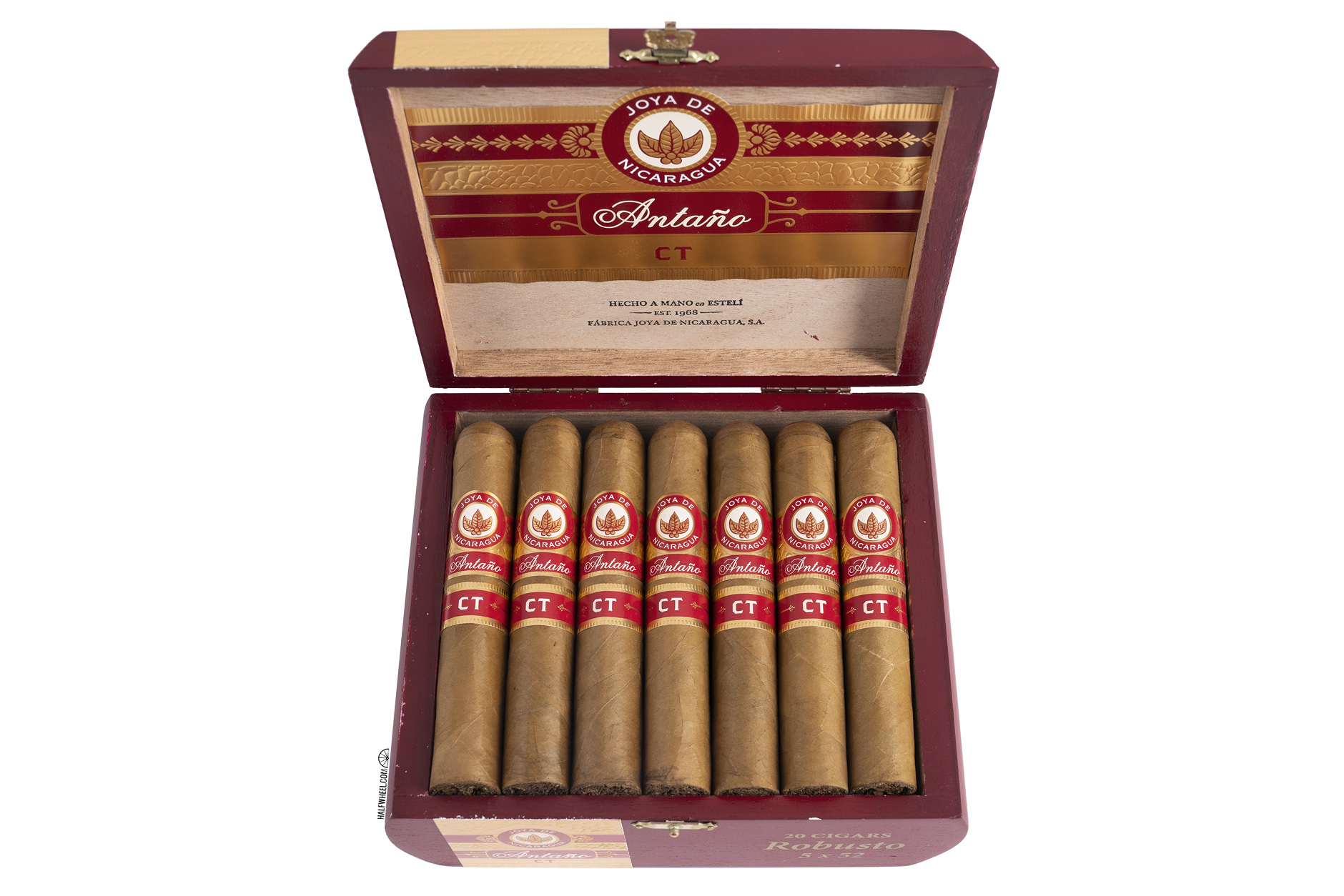 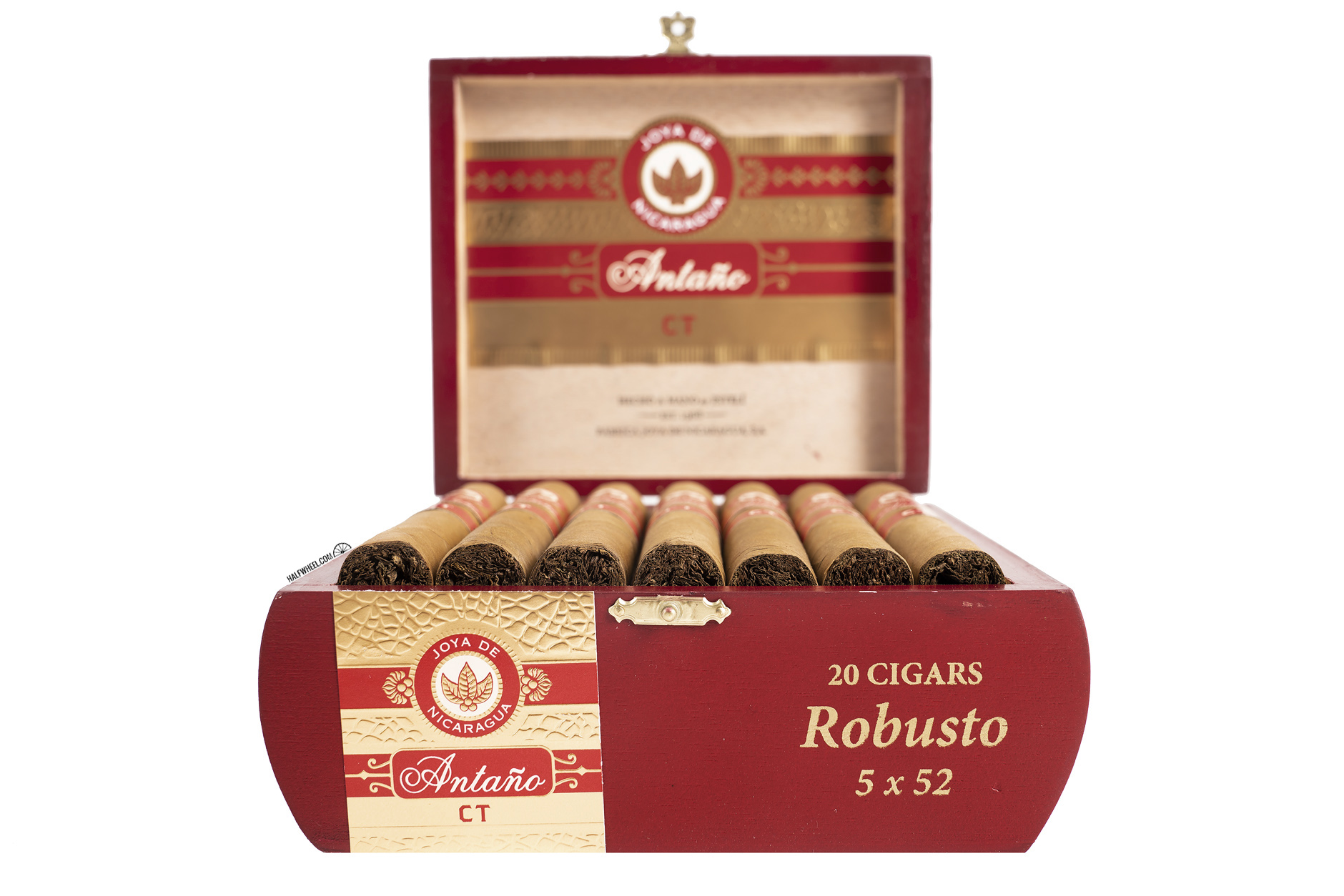 “This smoke is definitely an intense experience, the intriguing result of master blenders on a paradoxical quest: the creation of a flavor bomb like the rest of the Antaños but with this wrapper,” said Mario Pérez, Joya de Nicaragua’s factory manager, in a press release. “It became a real challenge for us at the factory, torcedores and blenders, we all wanted to defy an industry mantra, we knew we could make a truly interesting CT cigar.” 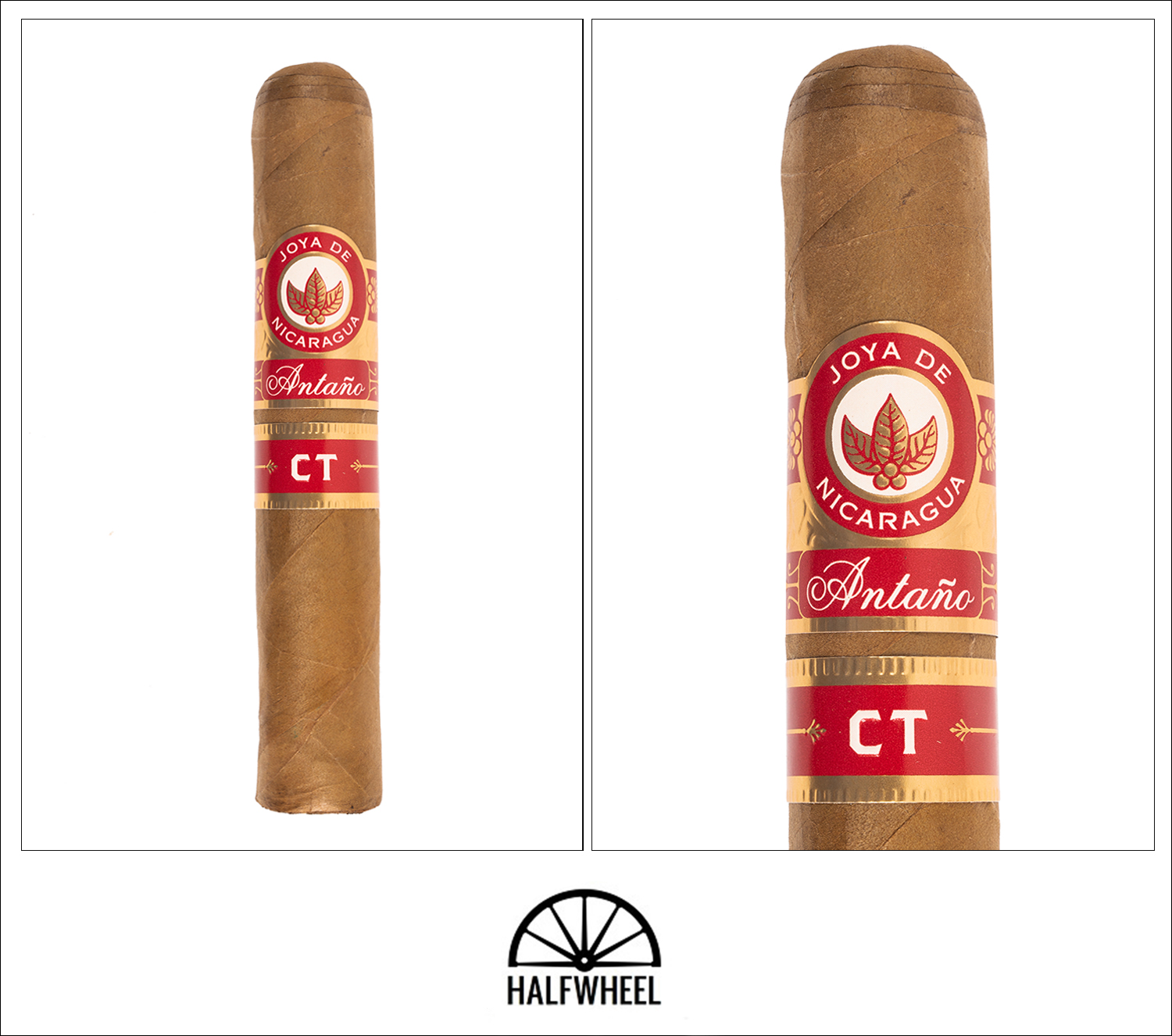 While it’s quite clear that the cigar has a Connecticut wrapper, the cigar doesn’t really look like an Antaño. It still has the basic designs of the Antaño band, but it’s lacking the Christmas color scheme from the original that I recognize instantaneously. Aroma from the Connecticut wrapper is medium-plus with a bit of brown mustard, earthiness and some fresh mulch. The foot has more of a varnish sensation with pizza dough, chocolate cake and cedar. For those hoping for any continuity between in the pre-light inspection, the cold draw provides no similarities: sweet caramel, a gyro meatiness and some cashews; a bit lighter, more medium.

There weren’t many hints in terms of whether this would be more Antaño or Connecticut before the cigar was lit, so it’s bit interesting to find the answer to be “somewhat yes.” There’s leather, meatiness, a sharp cinnamon and some damp woods, it’s somewhere between medium-plus and medium-full. As the Joya burns a bit, there’s not a distinct creaminess, but rather a bit a mixture of white bread, saltiness and leather entertain the taste buds in my mouth. The finish has paprika and a soggy white bread. Retrohales continue down that trend: white pepper and white bread with a generic creaminess towards the finish. Flavor is full, body is medium-plus and strength is nearly full.

While the intensity seems to have taken a step back, the flavors are what I would expect from a stronger cigar: meatiness, earthiness and some lemon. The retrohales of the Antaño CT have apricot sweetness and earthiness, while the finish is now a mixture of walnuts and Triscuit crackers. It’s decidedly earthier, but also with the added luxury of some sweet fruitiness. Flavor is medium-full, body is full and strength is medium-full. Construction remains great. 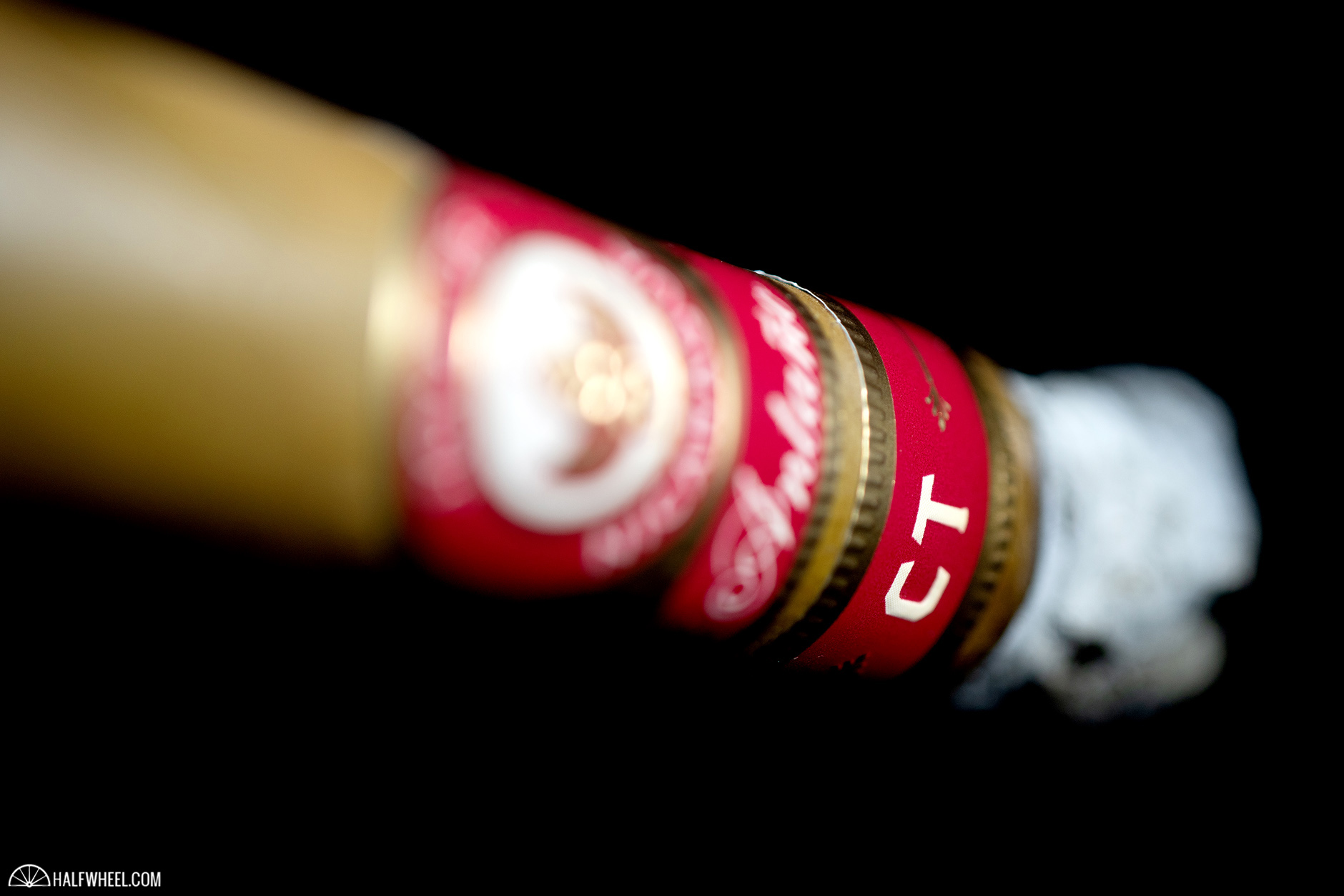 The final third of the Antaño CT delivers a profile that is more along the lines of what I would have imagined this would taste like. There’s a rich nuttiness, at times more walnut-like than generic nuttiness—along with some lemon sweetness and a fair bit of creaminess, the first time that I pick up the flavor in the mouth. Retrohales are super meaty with some grass, nuttiness and creaminess. A rich paprika irritates my senses on the finish, but there’s nothing in the way of pepper. Flavor is full, body is full and strength is medium-full. 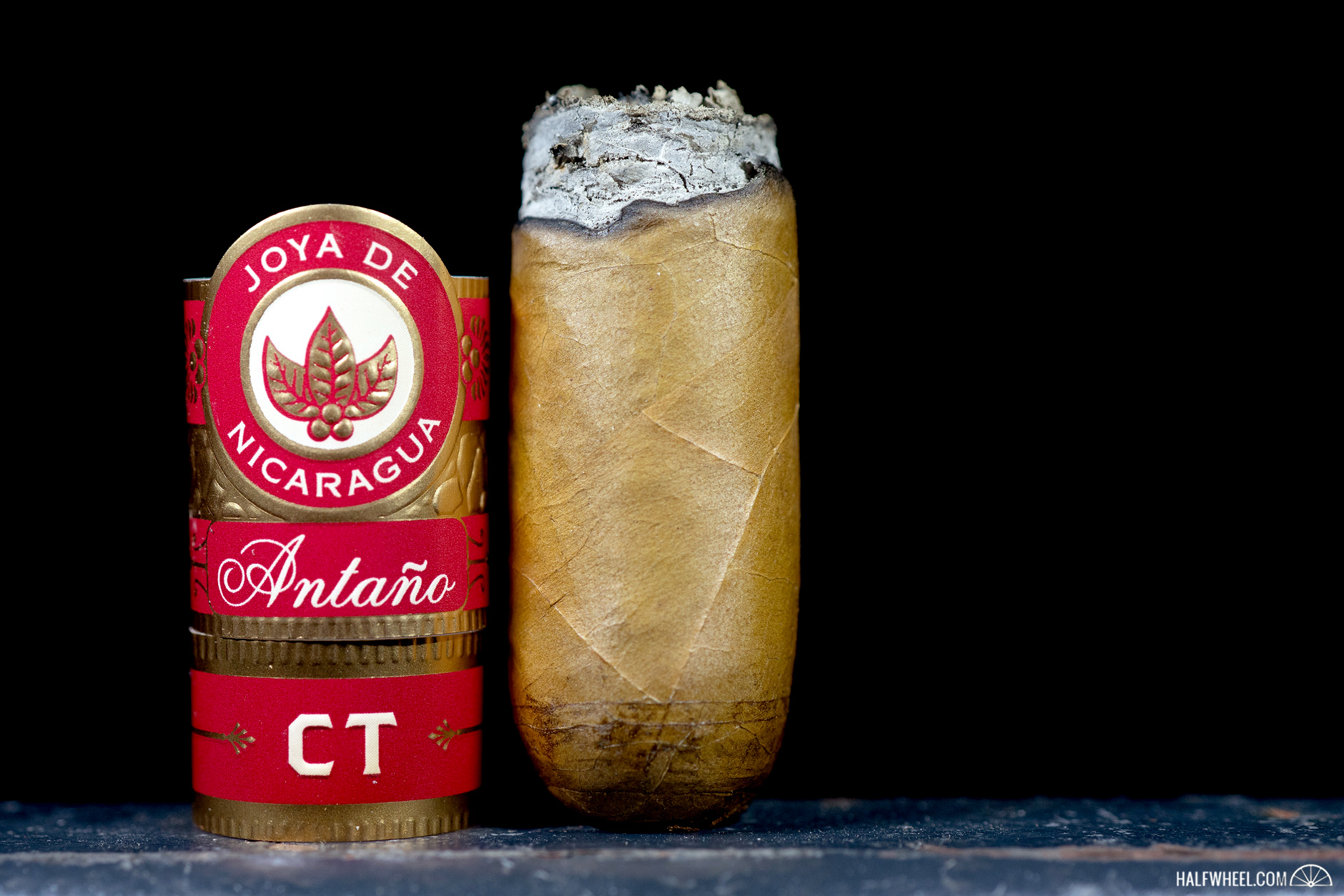 This is one of the best Joya de Nicaragua cigars I've smoked and certainly the least expensive of that esteemed tier. For me, the question with this cigar is would it be more Antaño or more Connecticut? As it turns out, the answer—from start to finish—is a very politically correct both. It's never unhinged, but it's also pretty full. It's relatively balanced from start to finish, but it changes in fairly dramatic ways. Joya de Nicaragua has routinely made good cigars only to have them lost in the massive portfolio that is Drew Estate, but I think the Antaño CT has a chance to be different. It's got a bit of a story, it's better priced and it's also just better than most.