The portfolio of Cigar Dojo collaborations continues to grow, as Joya de Nicaragua has announced the Joya Ninjaragua.

The cigar is a Nicaraguan puro that uses a habano criollo wrapper. It is offered in a 6 x 50 toro vitola priced at $8.95 per cigar and offered in triangular packs of six cigars, each $53.70. According to a press release, the vertices of the triangular shape represent the core of Drew Estate, Joya de Nicaragua and Cigar Dojo. Drew Estate, which handles marketing for Joya de Nicaragua, has previously teamed up with Cigar Dojo to release exclusive sizes of the cigars in its Undercrown line.

“Getting a chance to work with Joya de Nicaragua was a bucket-list item for the Dojo team and having a group of Dojo members help with the blend at the factory in Nicaragua makes this a very special release,” said Eric Guttormson, owner of Cigar Dojo, via a press release. 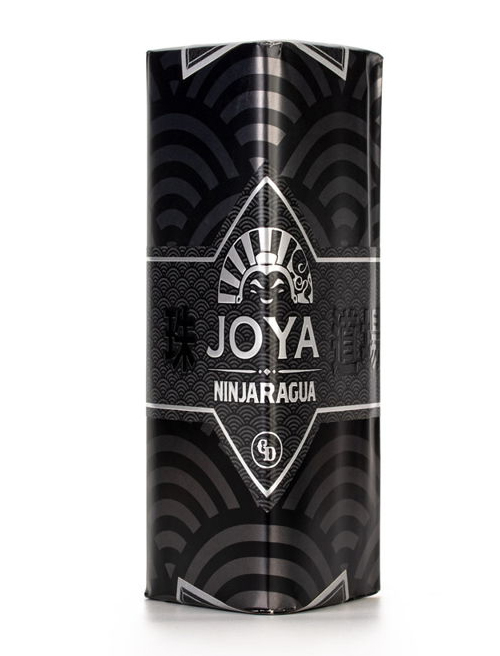 “I’ve considered myself a Dojonite since early on,” said Juan Ignacio Martínez, executive president of Joya de Nicaragua S.A., in a press release. “I love the community that Sensei and his crew have built and I personally carry their badge often. Now, to be able to share our heritage exclusively with the community makes me feel not only humbled and honored, but also excited to bring a new level of enjoyment of Nicaraguan cigars to the Dojoverse. This is a project of more than two years in the making, a cigar for a higher rank; one that could only be achieved jointly with the Dojo,” he added.

The Joya Ninjaragua will be released via Smoke Inn on Dec. 4 at 12 pm EST. Production is limited to 450 bundles of six cigars, a total run of 2,700 cigars.