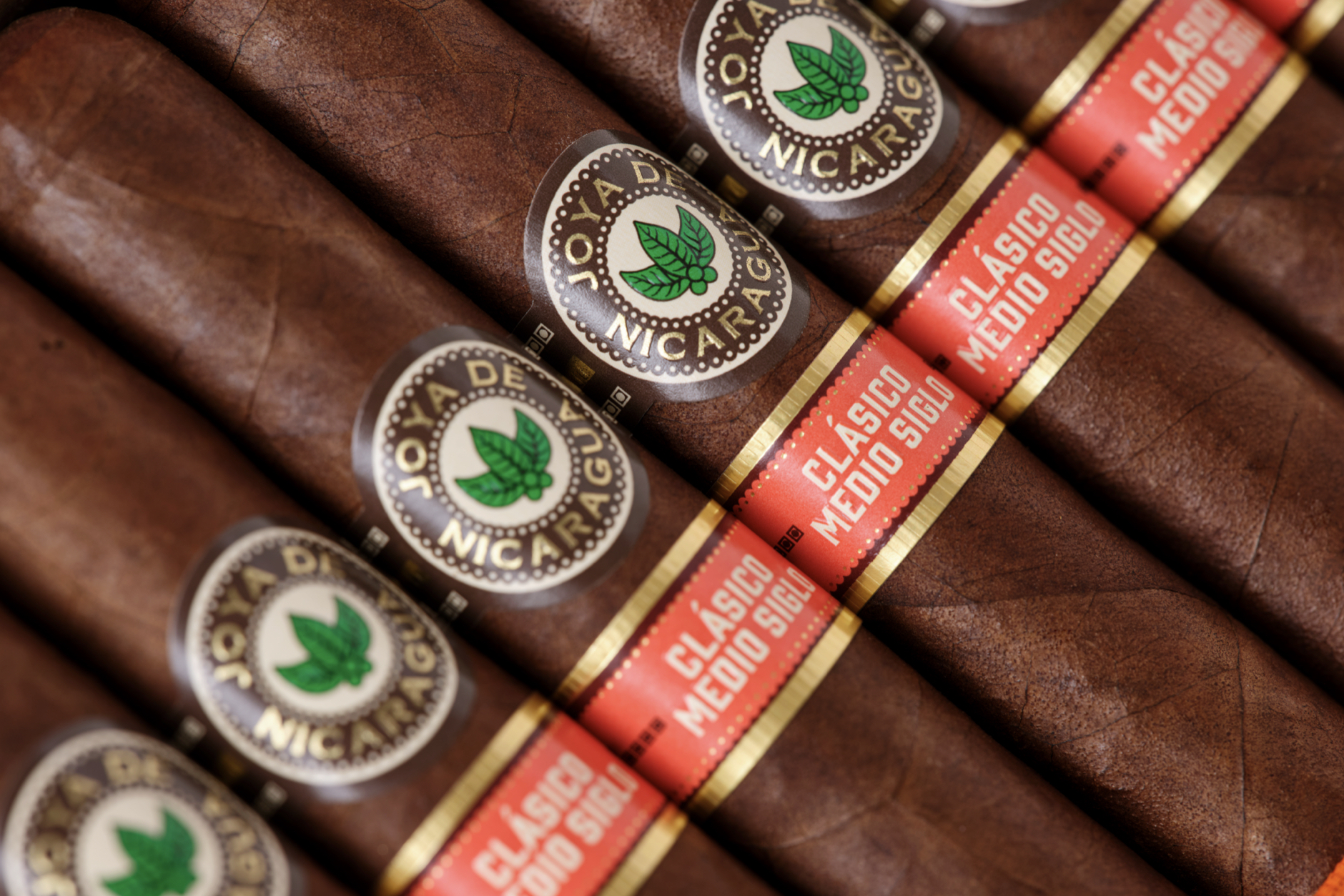 This year marks the 50th anniversary of the Joya de Nicaragua Clásico and now Nicaragua’s oldest cigar factory is adding a new version of the time-tested cigar.

Joya de Nicaragua is rebranding its current Clásico line to Clásico Original. That cigar uses an Ecuadorian Connecticut shade wrapper over a Nicaraguan binder and Nicaraguan fillers. Joya says that it remains the company’s best-selling cigar in Europe. That cigar will now be sold with a secondary band that reads “Clásico Original” but otherwise the blend and brand remain the same.

The company is also adding the Joya de Nicaragua Medio Siglo, which uses a habano criollo wrapper over a Nicaraguan binder and Nicaraguan fillers.

Interestingly, it is launching in nine international countries: “The Clásico is where it all started. It was Nicaragua’s first premium, long filler cigar, made in Nicaragua’s first factory,” said Juan Ignacio Martínez, executive president of Joya de Nicaragua, in a press release. “Lots of things have changed in the cigar market since then, but the Clásico has been ever-present, showcasing the quality and smoothness of Nicaraguan tobacco ever since. We’ve added many successful lines to accompany all tastes and pockets over the years, but we’ve never stopped making – and appreciating – this elegant cigar.”

“To mark its 50th year of production, and in homage to the thousands of cigar lovers who enjoy true Clásico style, we now introduce the Clásico Medio Siglo. It is not offering something fancy and new. It is doing something tried, tested and beloved. We know the Clásico works – and we wanted to give it a family of its own.” Joya de Nicaragua says that the new Medio Siglo pays tribute to one of the most important moments in the history of the Clásico. In 1970, Nicaraguan President Anastasio Somoza Debayle was invited by President Nixon to the White House for a dinner. After dinner, as was customary, Nixon invited Somoza to have a cigar and brandy with him. That cigar was from the Nicaraguan Cigar Company and it was the Clásico, which was the customary cigar of Nixon’s White House.

After returning back to Nicaragua, Somoza persuaded Simon Camacho and Juan Francisco Bermejo—Joya de Nicaragua’s founders—to sell him the company. In 1979, Somoza’s reign came crashing down, though, during the Nicaraguan Revolution, Somoza actually bombed the Joya de Nicaragua factory. In 1980, Somoza sold the company and it eventually transformed into Joya de Nicaragua.