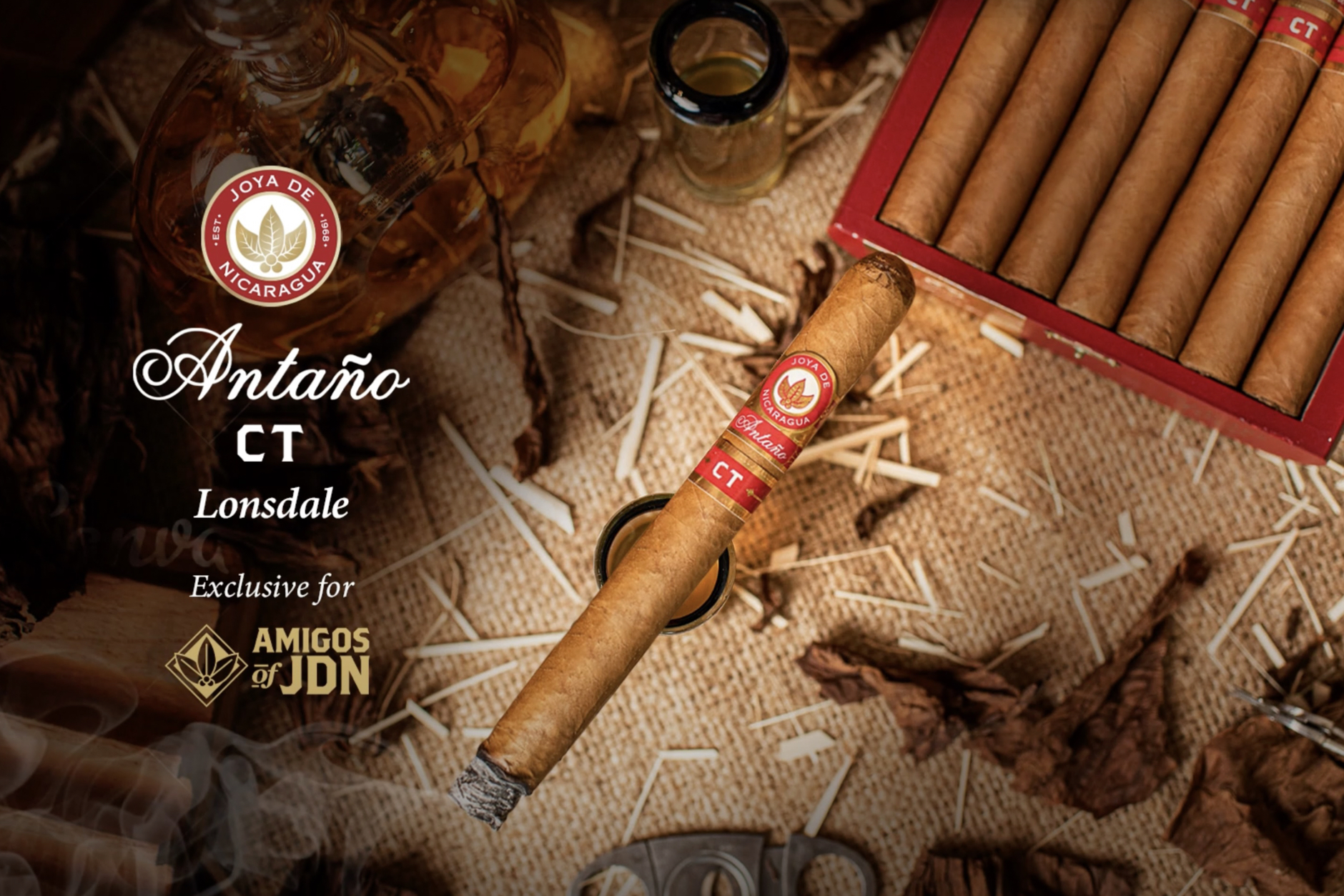 The Joya de Nicaragua Antaño CT is getting a fifth vitola this summer.

Joya de Nicaragua also announced a new retail initiative called Club de Amigos of JDN. The details of the program have not been announced, but it seems likely that it will be similar to Drew Estate’s Drew Diplomat Retail Program. The Antaño CT Lonsdale will debuted at retailers that are part of the Club de Amigos of JDN.

The Antaño CT was introduced in 2019 and was the Robusto vitola was named halfwheel’s Cigar of the Year of 2019. It uses an Ecuadorian Connecticut wrapper over a Nicaraguan binder and Nicaraguan fillers. 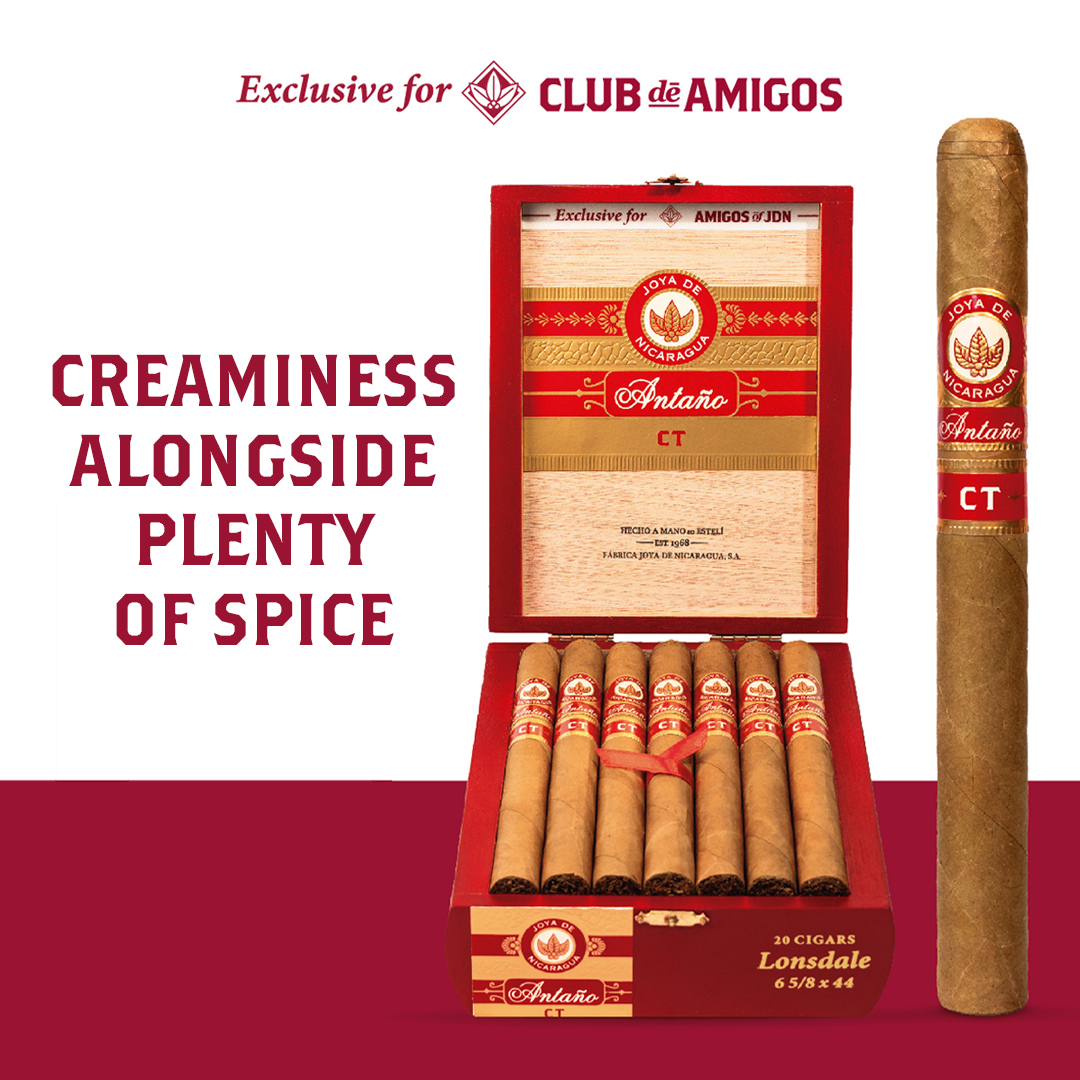 “When we launched Antaño CT, the reaction from cigar aficionados was amazing,” said Daniel Barrios, Joya de Nicaragua’s global commercial manager, in a press release. “The blend was well-received, just as we expected. Initially, we launched four vitolas, but we knew that it wasn’t going to stop there. That is why we have the pleasure to announce Antaño CT Lonsdale.”