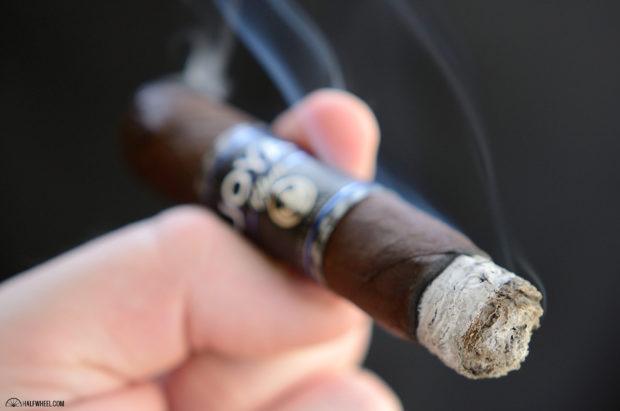 At the 2016 IPCPR Convention and Trade Show, Joya de Nicaragua unveiled two new projects – one was a repackaging with new sizes for the Joya Cabinetta line and the other was a new blend called the Joya Black. A complementary blend to the Joya Red that was released at 2014 IPCPR Convention & Trade Show, the Black features a Mexican San Andrés Maduro wrapper and is said to be a fuller, bolder blend while still being labeled as a medium-bodied smoke. 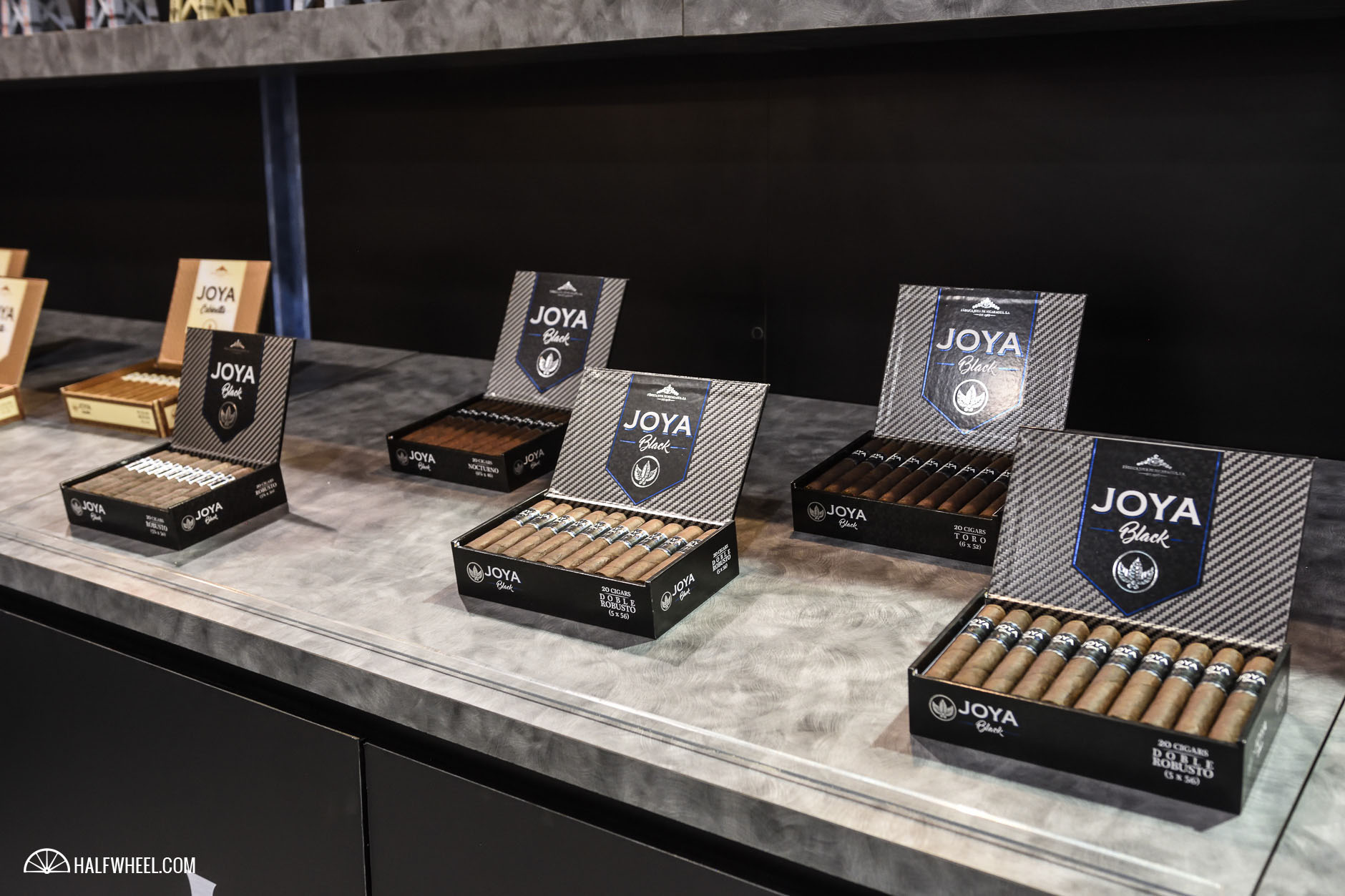 Mario Perez, the factory manager at Joya de Nicaragua, had this to say in the press release:

We have had these wrappers available for some time and we wanted to create a blend with rich Nicaraguan tobacco, yet without the overpowering strength. The result is a balanced, rich and pleasant smoking experience – the type of experience the new JOYA brand is known for as demonstrated by the release of Joya Red.

The Joya Black comes in 20-count boxes and comes in four sizes. 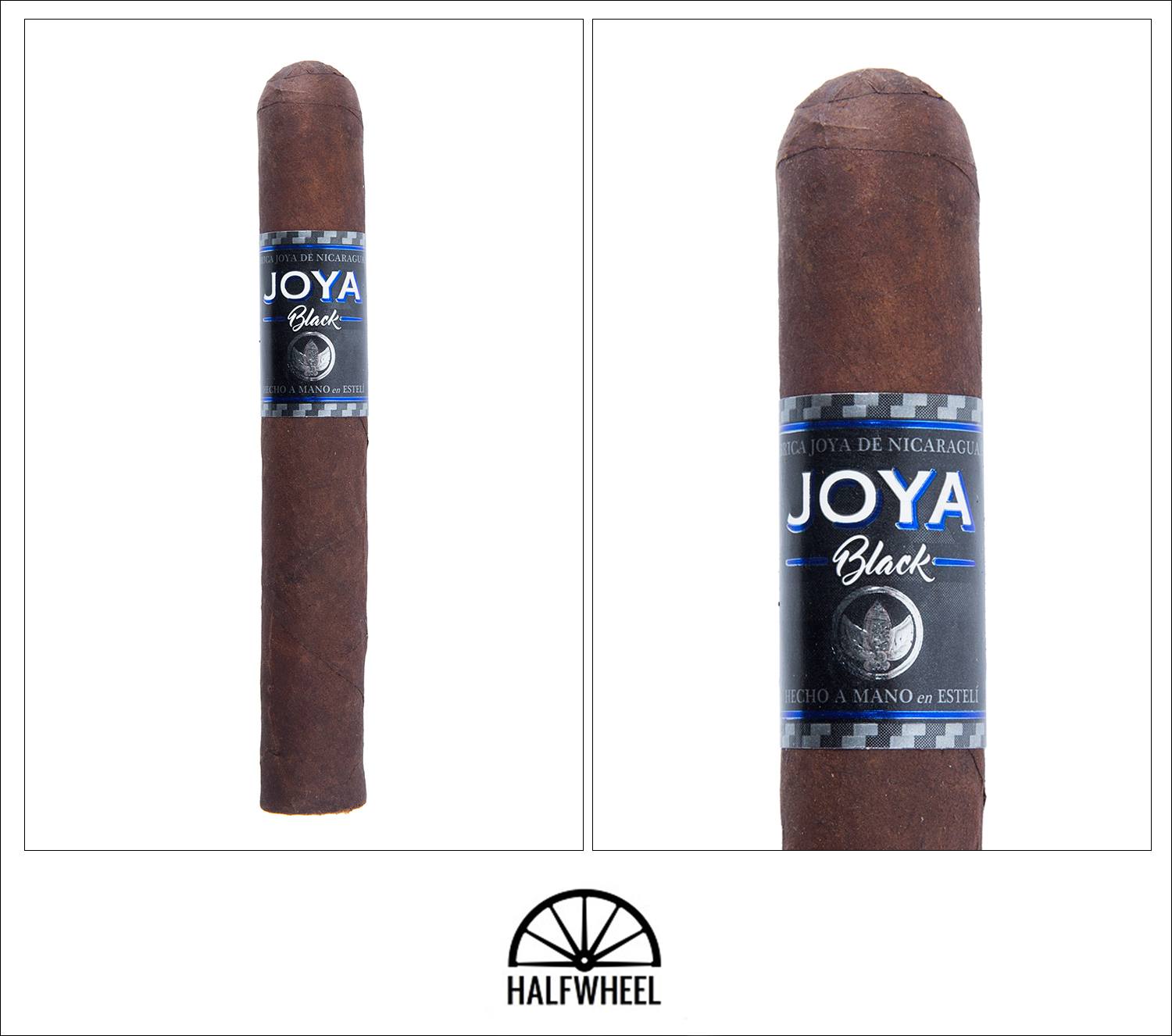 The Joya Black certainly lives up to its name in looks, with a dark, rough, oily wrapper that’s finished off with a striking black and blue label that has an almost carbon fiber looking design along the edge. There’s not much give when squeezed, but enough to keep it from being what I would call hard. Bringing the cigar to my nose I get big and bold notes of earth, leather, musty hay and a touch of smoky, old wood. The cold draw is completely different, with a fruity fig note up front, some sweetness and cocoa, finishing off with a meaty undertone.

Lighting the Joya Black and starting into the first third, I’m greeted with bold spices up front, followed by sweet fruits, cocoa and a touch of the aged wood and pepper in the background. The burn starts off almost razor sharp and even, with dense ash that gives me the impression it will be sticking around a while. About an inch into the cigar and a strong nutty note appears alongside the spice, almost hazelnut but not quite. Soon after I notice the burn has become a little ragged, so I roll off the ash and do a quick touch up. 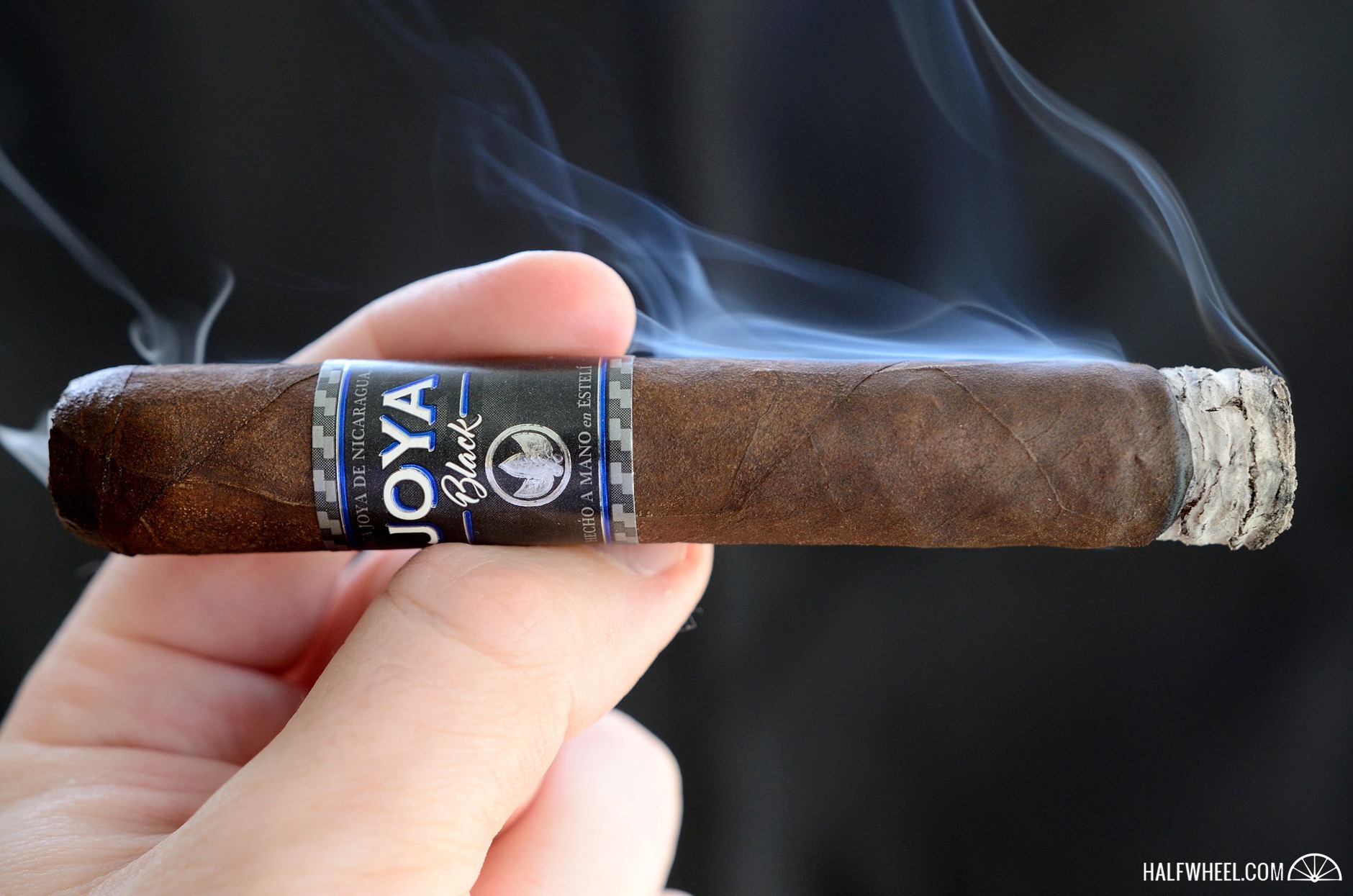 The second third mostly continues mostly like the first, with spice up front, cocoa, aged wood and some pepper in the background. The nuttiness from before has faded somewhat, and instead of sweet fruits there is just a general sweetness to the profile. Ash continues to be dense and hold on well, however the burn is refusing to cooperate now, needing a touch-up to help an entire third of the cigar keep up. Unfortunately the profile seems to be deteriorating slightly, with the flavors becoming slightly muted and some disappearing all together. Spice still leads, though not as bold as it was at the beginning, the pepper has increased to be a more dominant note, and while a slight sweetness and aged wood is still around, the cocoa and nuttiness has all but disappeared. 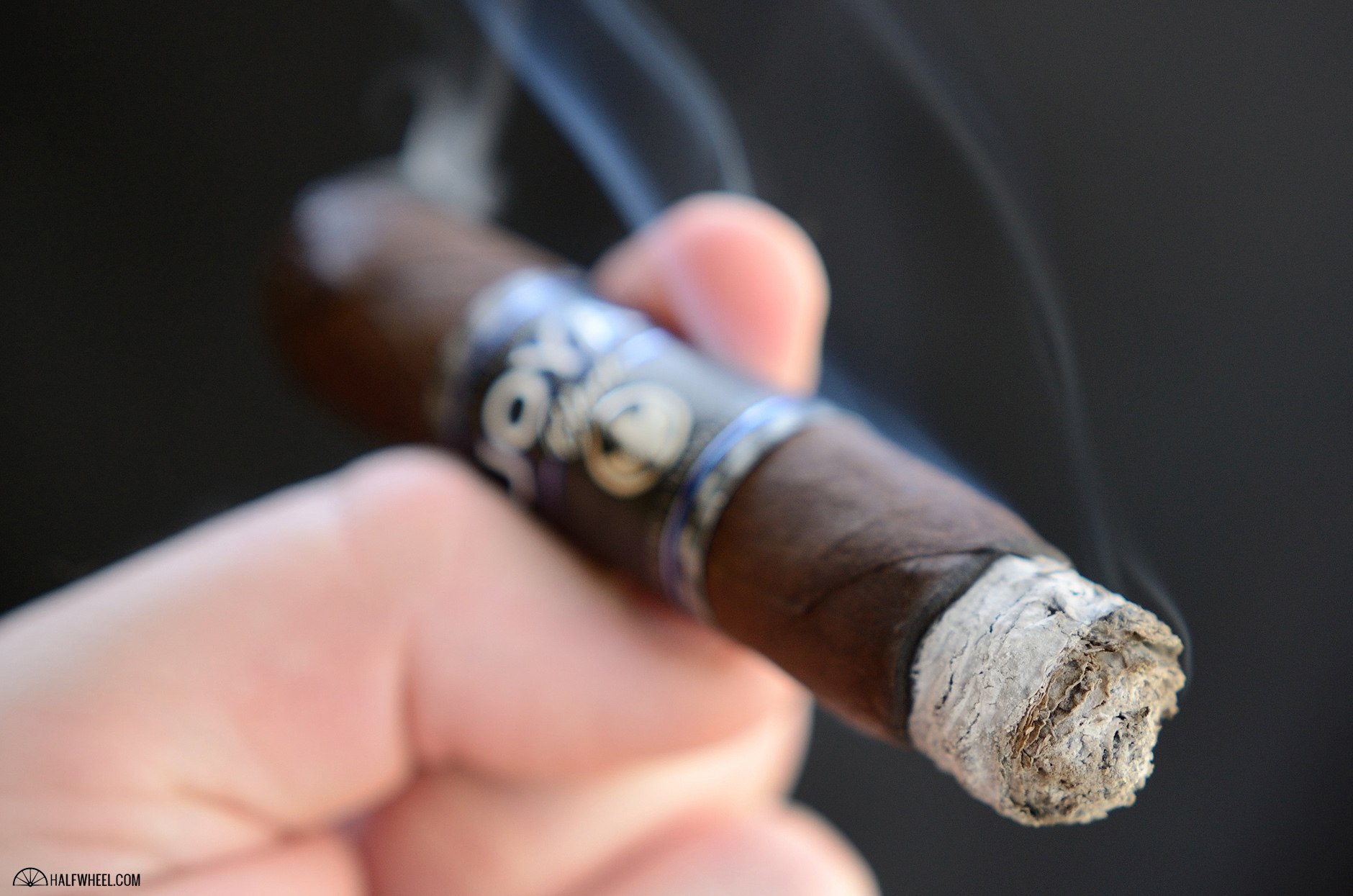 Moving into the final third there are hints here and there of the profile from earlier, with a suggestion of sweetness and a fleeting taste of nuttiness, but mostly it’s muted spice, some harsh pepper and a bit of musty wood in the background. One more touch up doesn’t help matters, though I should mention the ash, as it’s still performing fantastically, not flaking everywhere and holding on strong. With about an inch left it hasn’t become completely harsh or bitter, but comparing it to how great it started out is a bit disappointing. 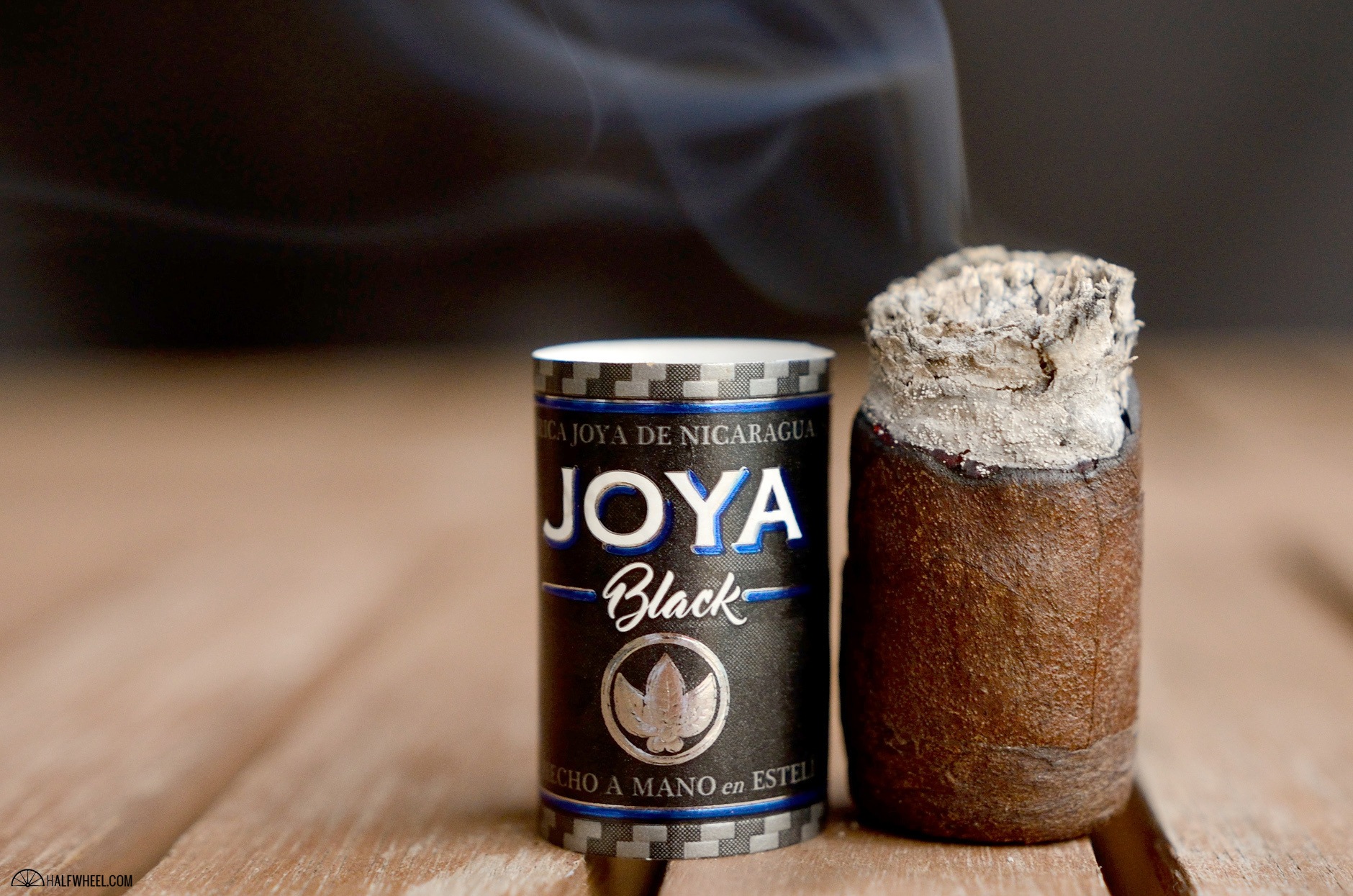 The Joya Red has become a favorite cigar of mine to grab when at a store, as it’s an easy staple that I know I’ll be getting a good experience with consistently. I had some high hopes for the Joya Black, as I enjoy Mexican San Andrés wrappers, and going into it I certainly enjoyed the flavorful and complex aromas and cold draw. The first third delivered as I expected it to, but starting with the second third I could definitely taste it going downhill at a slow, but steady pace. The final third wasn’t what I would call bad, just disappointing, considering how great the first third was. It certainly averages out to a good experience though, and one I certainly can suggest trying for yourself, however I think I’ll still be looking for the Joya Red when I’m sitting down at the shop for a smoke.