Although the blend is not known, the 6 x 46 cigar was released in both a maduro and natural wrappers and both vitolas are round, a departure from Padrón’s modus operandi of box-pressed cigars, although that departure is increasing in frequency of late. In addition, the cigars feature a numbered band underneath a special black version of Padrón’s basic band that is found on the company’s Thousand Series releases. A total of 200 boxes, split between the Maduro and Natural variants were made for the event, and they sold out quick with an epicly-long waitlist assembled by the next day. Covered in an extremely dark espresso brown wrapper, the José O. Padrón 89 Maduro is features quite a bit of tooth to it as well as a touch of oil. The cigar has some nice give when squeezed, and there are some very obvious veins running up and down the length. Aroma from the wrapper is a combination of strong earth, manure, leather, horse blanket, dark chocolate and coffee, while the cold draw brings flavors of hay, leather, sawdust, earth, and a tiny amount of floral sweetness.

Starting out, the José O. Padrón 89 Birthday Blend Maduro features quite a few of the same flavors that were present in both the cold draw and on the wrapper, including a dominant earthy note interspersed with other flavors of grass, leather, chalk and dark chocolate and coffee beans. There is a punishing amount of black pepper through the retrohale for the first 10 puffs or so, and although it begins to calm down after that, it remains quite aggressive. I am noticing some very slight berry sweetness on the finish, but it is not overly strong as of yet, and is somewhat overtaken by some spice that is also present on my tongue. Constructon-wise, the Padrón has an excellent draw after straight cut, as well as a close-to-razor-sharp burn that does not even come close to needing a touchup. Smoke production is about normal, and the strength comes very close to the medium mark by the time the first third draws to close. After being punished with black pepper on the retrohale for the entire first third of the José O. Padrón 89 Maduro, I was a little taken aback by the departure of that same note in the second third. The amount of pepper really took a nose dive until it almost disappears entirely, and while that usually allows more flavors to come to the forefront, in this case the profile became extremely smooth as well as extremely monotonous. Having said that, I can still taste flavors of dark chocolate, earth, generic coffee and barnyard, with a little creamy cedar on top. There is still a very slight dark berry sweetness on the retrohale, but it is no stronger than it was in the first third. Both the burn and draw continue to impress, and the strength easily hits the medium mark by the end of the second third, although it does not seem to be going anywhere fast after that. 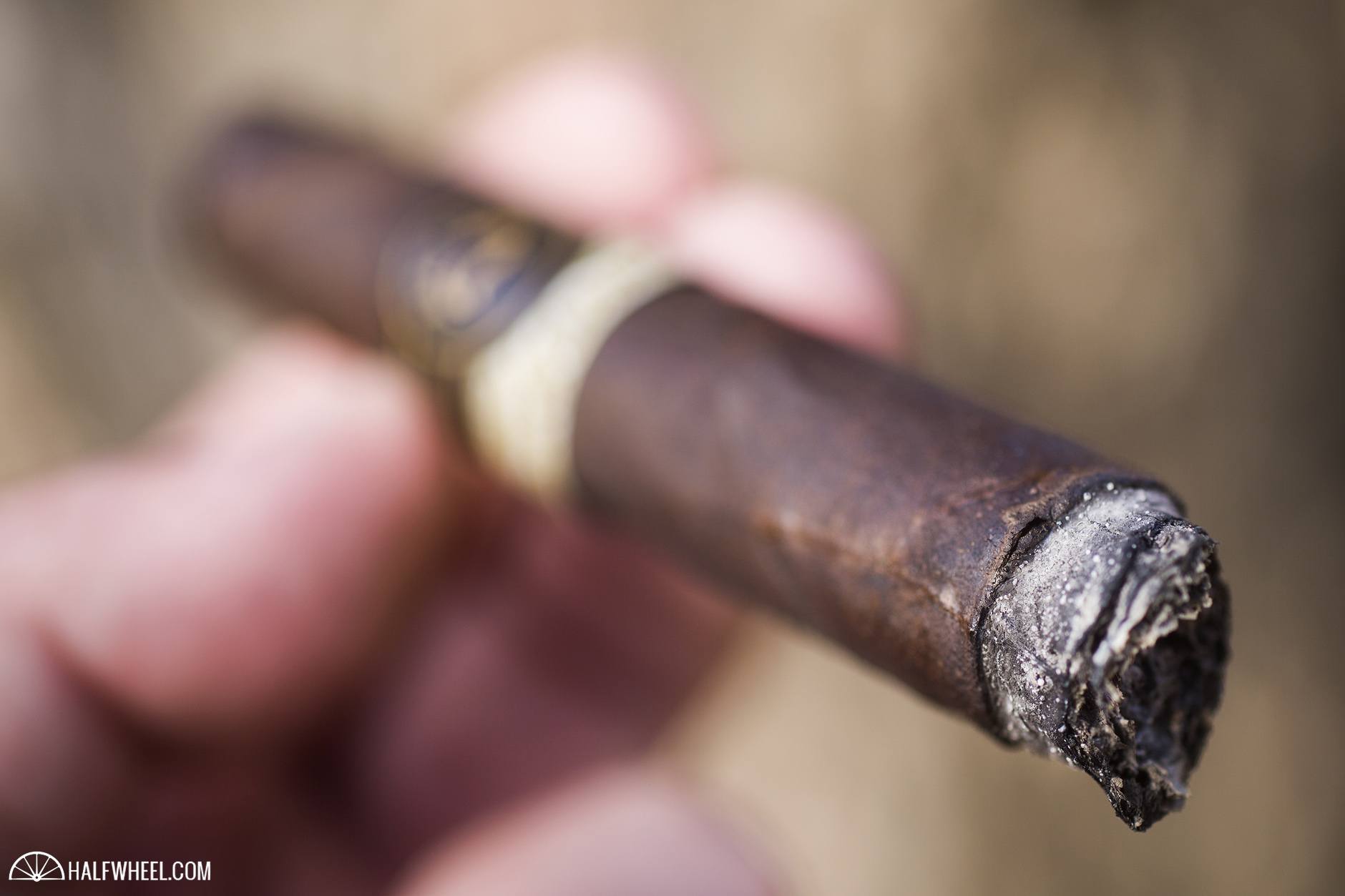 Thankfully, the profile during the final third of the José O. Padrón 89 Maduro seems to return somewhat to what it was in the beginning of the cigar, although the dominant note is now a combination of creamy cedar and leather. Other flavors of gritty earth, hay, dark chocolate, ground coffee and anise are also present in varying amounts, while the berry sweetness that has been around for the whole cigar has actually increased slightly. There is a noticeable increase in black pepper on the retrohale—albeit nowhere near the amount that was present in the opening of the first third—but the spice on my tongue is long gone. The draw and burn remain excellent on all counts, and the strength hits a point just above the medium mark by the time I put the nub down with less than an inch to go.