While Padron Cigars has release a number of different exclusive cigars for members of the Tobacconists’ Association of America (TAA)—including the 1926 Serie No. 48 and 1926 Serie No. 47 as well as toro and belicoso vitolas of its Anniversary 1964 line—the cigar that was announced as the company’s 2018 exclusive got people’s attention immediately.

One of the reasons is because the cigar has probably been sold before: on Jan. 29, 2016, Smoke Inn hosted a party in honor of José O. Padrón’s 90th birthday where a total 2,000 6 x 46 corona extras were released. Named the José O. Padrón 89 Birthday Blend, the 200 boxes of 10 were split between the Maduro and Natural variants, with each cigar retailing for $16.50 regardless of wrapper.

Fast forward to the 2018 TAA event, when Padrón announced that it would once again releasing the 6 x 46 corona extra with a black band packaged in boxes of 10 for the TAA’s Exclusive Series Program, which is an annual offering of exclusive cigars made by multiple different companies for the approximately 80 retail members. While total production numbers were not released, the price of the newest version of the corona gordas is the same as the Smoke Inn release, or $16.50 each. Here is what I wrote in my original review back in February 2016:

And here is what I wrote for my first Redux review in October 2016:

As my original review stated, I really enjoyed the José O. Padrón 89 Birthday Blend Maduro the first time I smoked it. The seven months between then and now have done wonders to the blend. The drop off in the flavors between the first and second thirds has been almost totally eliminated, while the berry sweetness has been replaced by a distinct caramel note that is now present throughout the smoke. While the spice and pepper were quite strong in the first few puffs before calming down noticeably, both attributes remained a major part of the profile, and did a good job enhancing other flavors that were present. Not every cigar Padrón makes improves with age, but the José O. Padrón 89 Birthday Blend Maduro certainly did. Like the last time I reviewed it, the wrapper on the José O. Padrón 89 Birthday Blend Maduro (TAA 2018) is extremely dark, quite rustic and exceedingly oily; however, unlike the last time I smoked a Smoke Inn release, there is a fairly large soft spot just under the main band. Interestingly, the top of the cigar seems to taper noticeably towards the cap, at least on this sample, something that is even more obvious when you put the cap in your mouth. The aroma from the wrapper is strong hay, dank earth, cedar, manure, dark chocolate and leather, while the cold draw brings flavors of cocoa nibs, earth, cereal, freshly roasted coffee beans, cloves and black pepper, along with some obvious spice on my tongue.

The first puff of the José O. Padrón 89 Birthday Blend Maduro (TAA 2018) brings a flavor I have almost never tasted in a cigar: grilled asparagus. That quickly gives way to a dominant creamy cedar flavor, followed by notes of floral, cloves, hay and leather. While there is some black pepper on the retrohale and spice on my tongue,  both are overshadowed by a fairly strong berry sweetness that makes itself known with almost every puff. While the second half of the Padrón sees the berry sweetness morph into a brown sugar note, the creamy cedar retains dominance with flavors of hay, cinnamon, cloves, leather, dark chocolate, coffee beans and bread bringing up the rear. There is also significantly less black pepper on the retrohale and spice, both of which basically fade out to nothing by the time the cigar ends. 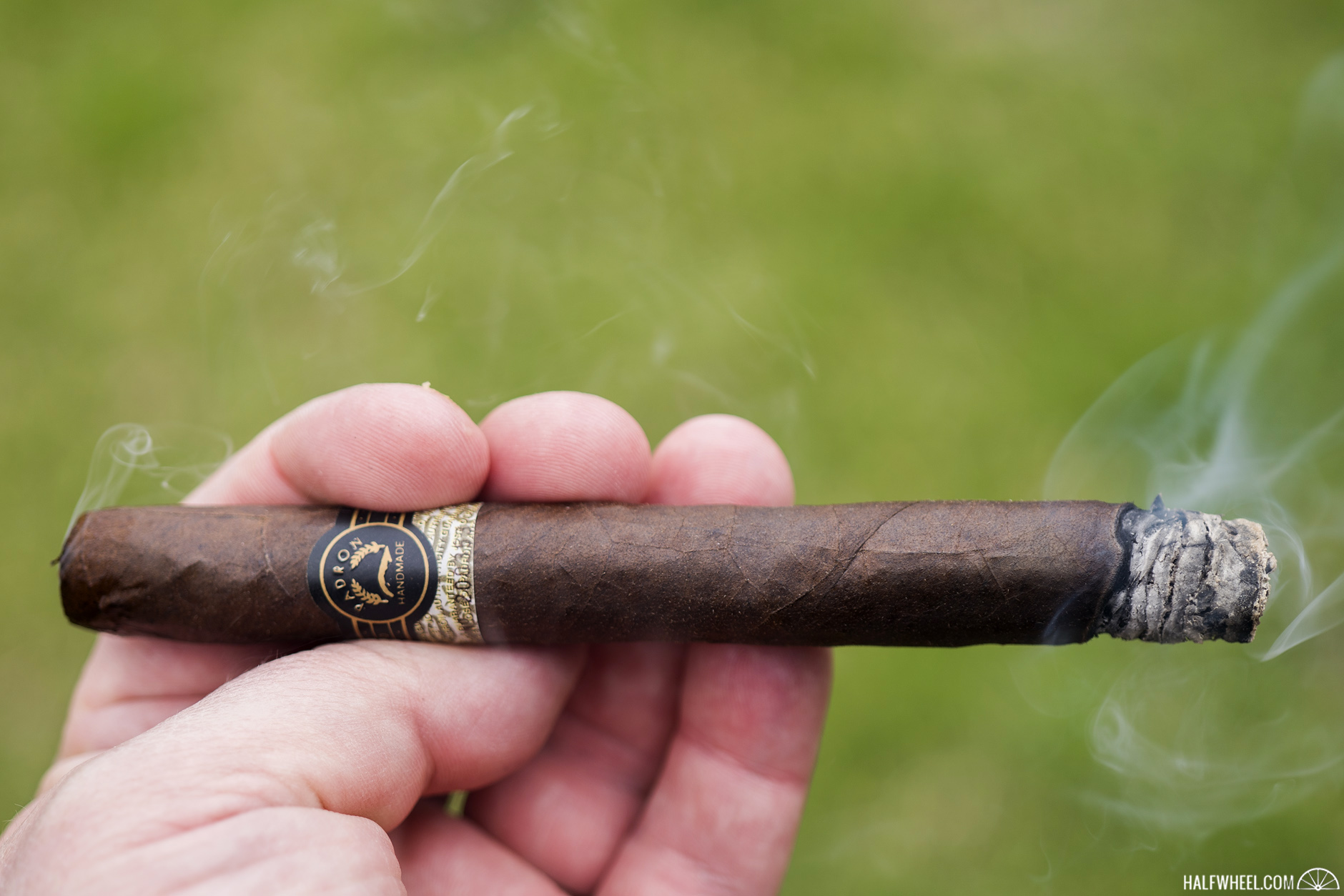 In terms of construction, the José O. Padrón 89 Birthday Blend Maduro features a burn that—while not razor sharp by any means—only needs to be touched up once in the first third. In addition, the cigar’s draw was excellent for the entire smoke after a simple straight cut. There was quite a bit of smoke that emanated from the foot—more than I remember from the Smoke Inn versions—but the strength is actually a bit lower, finish up solidly in the medium range after a final smoking time of one hour and 22 minutes.

Unlike the first redux review two and a half years ago, this review is on a newer version of the cigar, so I was expecting some differences in the flavors and overall profile. This turned out to be the case, as the José O. Padrón 89 Birthday Blend Maduro (TAA 2018) drops the overt earth and black pepper combination for many different flavors, namely grilled asparagus, cloves, creamy cedar and berry sweetness that morphs into more of a brown sugar note in the second half. One thing that did not change is the construction, which featured both a burn and draw that were as wonderful as ever and the overall strength, which was a bit lighter at a solid medium. Having said all of that, while the flavors and profiles might be noticeably different, the result is the same: a cigar that is well worth tracking down.