On Jan. 29, Padrón released two cigars celebrating the 89th birthday of its founder and patriarch, José Orlando Padrón, during an event at Florida-based Smoke Inn. Though the man turned 90 this year, the cigar was named the José O. Padrón 89 Birthday Blend, a 6 x 46 corona extra was available in both maduro and natural wrappers packaged in boxes of 10. Only 200 boxes released between the two wrappers in unspecified numbers and sold out very quickly.

Both vitolas were round instead of box-press and featured a numbered band underneath a special black version of Padrón’s basic band that is found on the company’s Thousand Series releases.

Here is what I said in my original review back in February:

As with the cigars in the first review, the wrapper is a deep espresso brown color that is very close to black and is sandpaper rough to the touch, although this newest sample has a noticeable curve to it.  There are a number of obvious veins running up and down the length as well as some obvious oil, and the cigar is quite firm when squeezed. Aroma from the wrapper is a combination of pungent barnyard, earth, leather, hay, roasted coffee beans and oak, while the cold draw brings flavors of leather, cedar, grass, sawdust, generic nuts and slight dark fruit sweetness.

The José O. Padrón 89 Birthday Blend Maduro starts out quite earthy, with other notes of creamy cedar, leather, hay, dark chocolate and anise. There is a significant amount of both black pepper on the retrohale and spice on my tongue in the beginning, making the first few puffs a bit of a challenging experience, although both seem to fade a bit as the first third continues, replaced by a wonderful caramel sweetness that is quite distinct. The halfway point brings a much more balanced amount of black pepper on the retrohale, along with new flavors of roasted coffee beans, peanut butter and a touch of floral, all of which continue to make themselves known throughout the second half. 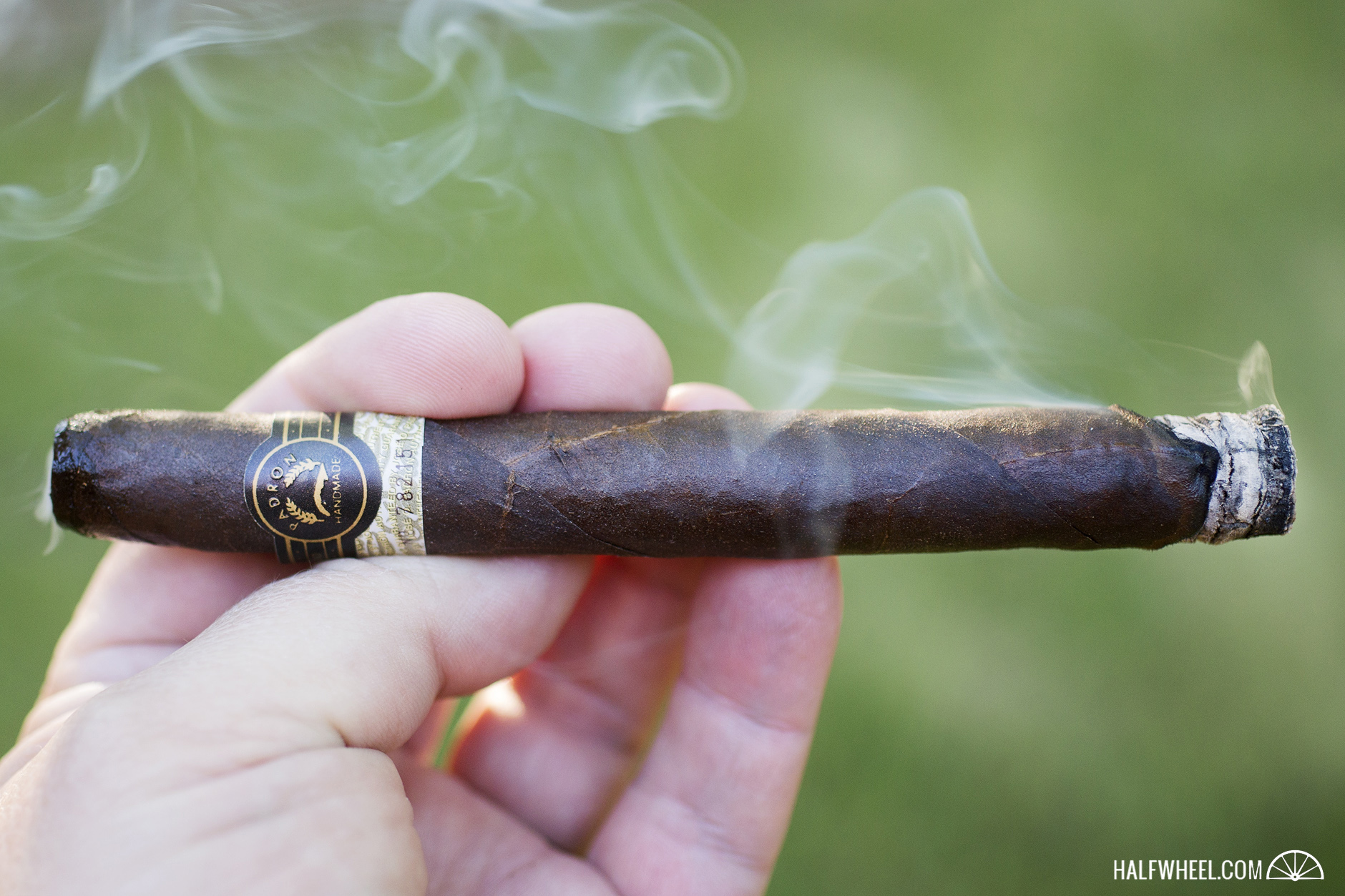 Construction-wise, a simple straight cut leads to a wonderful draw, with just the right amount of resistance for me, and while the burn had some issues early on that forced me to touch it up, it evened up nicely at the start of the second third and remained that way until the end of the cigar. Smoke production is quite high from the start and while the overall strength progresses from a high mild to a point slightly higher than medium by the time I put the nub down with about an inch left.

As my original review stated, I really enjoyed the José O. Padrón 89 Birthday Blend Maduro the first time I smoked it. The seven months between then and now have done wonders to the blend. The drop off in the flavors between the first and second thirds has been almost totally eliminated, while the berry sweetness has been replaced by a distinct caramel note that is now present throughout the smoke. While the spice and pepper were quite strong in the first few puffs before calming down noticeably, both attributes remained a major part of the profile, and did a good job enhancing other flavors that were present. Not every cigar Padrón makes improves with age, but the José O. Padrón 89 Birthday Blend Maduro certainly did.